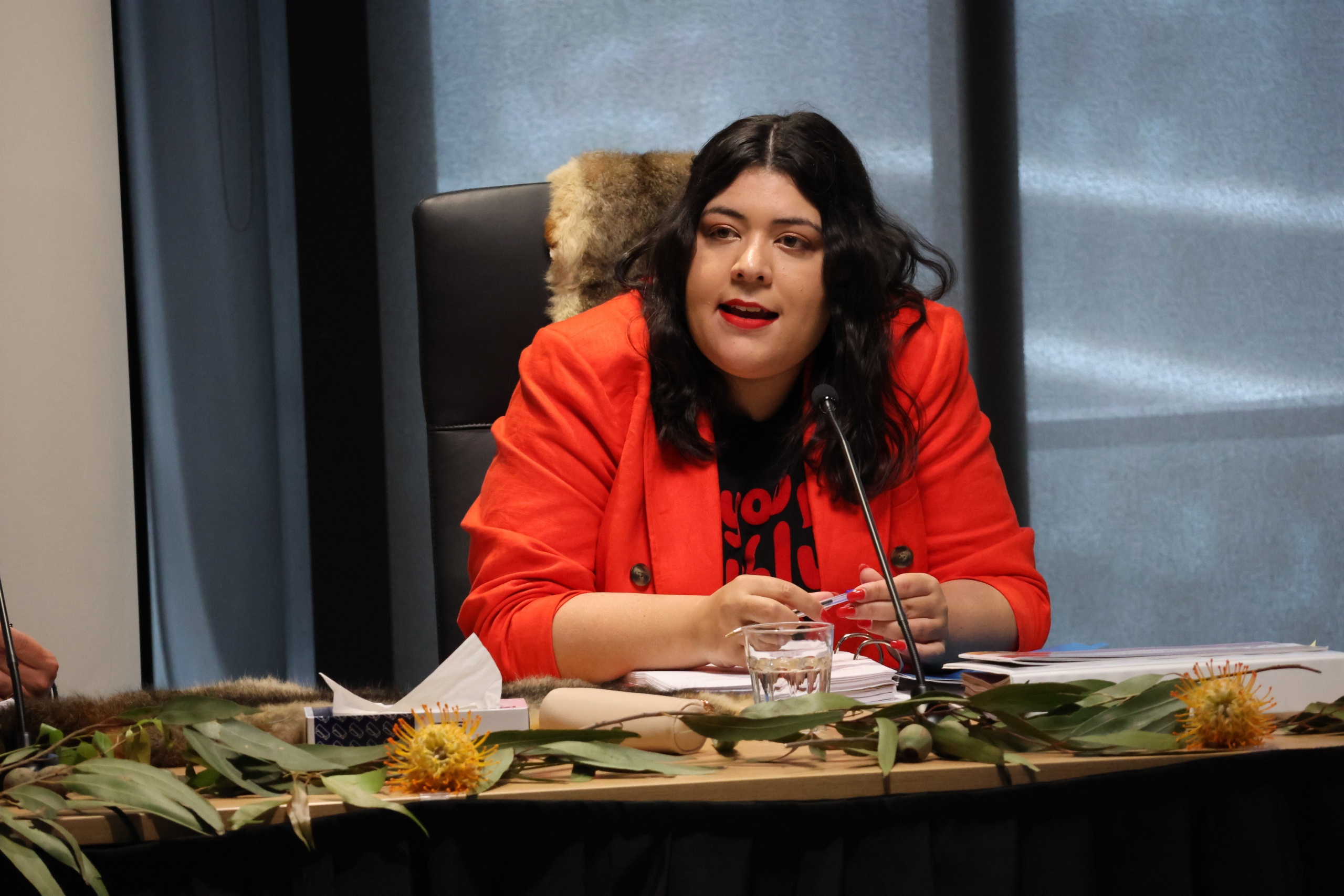 Calling for a Justice Treaty, to enable transformational change in the legal system

Introduction by Croakey: The Australian Human Rights Commission has called on all Australian governments to urgently address the national crisis in youth justice to prevent further harm to children in detention, and to reduce youth offending through effective systems of support.

This call follows growing pressure from Aboriginal and Torres Strait Islander, justice and medical organisations to stop traumatising children who need care and support rather than punitive and damaging incarceration.

One action being taken on this issue in Victoria is the series of public hearings being held by the Yoorrook Justice Commission into the harm done to First Peoples by unjust laws and practices within Victoria’s criminal justice and child protection systems.

“These hearings form a key part of the truth telling process. It is vital that all Victorians understand the true story of the invasion and colonisation of First Peoples’ lands, and the devastating and lasting impact it continues to have,” said Professor Eleanor Bourke AM, a Wergaia and Wamba Wamba Elder and Chair of the Commission.

About 50 witnesses are set to give evidence during the hearings, including representatives from Aboriginal Community Controlled Organisations, service providers and experts.

One of these is Nerita Waight, CEO of the Victorian Aboriginal Legal Service (VALS). In her presentation to the Commission below, Waight outlined a vision for an Aboriginal-led justice system, and highlighted the critical need to transfer power, control and resources through a Justice Treaty with Aboriginal Communities.

I would like to begin by acknowledging the Traditional Owners of the land I am on today, the Wurundjeri people. I pay my respects to their Elders, past and present.

Aboriginal and Torres Strait Islander people never ceded their sovereignty. It always was and always will be, Aboriginal land. I am Nerita Waight, a proud Yorta Yorta and Ngarrindjeri woman, I also have connections to the Taungurung people through my great-grandmother Mary James nee Hamilton.

I am the CEO of the Victorian Aboriginal Legal Service, which has provided, and continues to provide, culturally safe legal and justice services to Aboriginal communities across Victoria for the past 50 years.

I am joined today by Principal Managing Lawyers from VALS, Kin Leong, Sarah Schwartz and Anna Gibson. I would like to thank the Yoorrook Justice Commission for the invitation to appear today. We have prepared submissions for the Commission on the criminal legal and child protection submissions.

I would like to begin our evidence by outlining our vision for an Aboriginal led justice system, and the critical need to transfer power, control and resources through a Justice Treaty with Aboriginal Communities.

The reason we need a Justice Treaty is that our legal system needs total transformation, not piecemeal reform. The legal system has been central to the oppression of our people, by the colony, since the first day the British arrived.

From Terra Nullius, to the denial of citizenship, to the way that the legal system enabled hundreds of massacres, and then evolved to create the Stolen Generations – the legal system has been a tool for killing and enslaving Aboriginal people and erasing our culture.

In the face of a legal system that has always hurt us, Aboriginal and Torres Strait Islander Communities in Victoria have consistently demanded self-determination – from William Barak’s struggle to save Coranderrk in 1880, to William Cooper’s petition to King George V in 1936, to the powerful recommendations for self-determination from the Royal Commission into Aboriginal Deaths in Custody

Aboriginal communities have always been ready to fight for our rights and take control of our own affairs. In 1933 The Australian Aborigines League was formed to gain for Aboriginal people the human and civil rights that they are being denied. Foundation members include Pastor Doug Nicholls, William Cooper, Eric Onus, Bill Onus, Kaleb Morgan, Thomas James, Marge Tucker and Ebenezer Lovett.

In 1990, the Aboriginal and Torres Strait Islander Commission (ATSIC) emerged from Aboriginal calls for self-determination.

The current Government has committed to “the principle of self-determination”. But in reality, the power imbalance between Aboriginal communities and the government remains.

Our communities and organisations remain in the background – an afterthought, or a tick-box exercise. The lives lost remain in the shadows and their families’ calls for justice go unanswered.

It is time for Aboriginal Communities to exercise their right to self-determination, in a way that is meaningful, holistic and legally enforceable.

A Justice Treaty is the opportunity to aim for transformational change – to repair the harms caused by the colonial legal system, which can never be effectively mitigated, but can only be transformed. Justice starts with the way we’re recognised within the law.

First Peoples need to be restored to their rightful place with their inherent rights respected and promoted, which derive from their political, economic and social structures, and from their cultures, spiritual traditions, histories and philosophies, especially their rights to their lands, territories and resources.

Australian society desperately needs to eradicate racism in all its forms. To achieve that, we need to aim higher than merely mitigating the harms of a colonial legal system.

Yoorrook’s recommendations should be directed at restoring First Nations people as decision makers The vision of a Justice Treaty is for a new legal system that is designed, led and controlled by communities, and founded on First Nations Law, Traditions and Culture.

A new system would end the focus on police and prisons, and prioritise culturally safe access to the support Aboriginal people need. It would help eradicate racism, by placing power with Aboriginal communities instead of with lobbies like the Police Union.

A Justice Treaty must be negotiated by Aboriginal communities; it is not something for Yoorrook to decide. But the impetus for this negotiation sits with Yoorrook Commission. The Commission must recommend a mechanism for transformational change in the criminal legal system.

Wholesale transformation will take time. Much consideration and consultation will need to take place to ensure that a Justice Treaty is established with the best possible resources and interests. There are urgent reforms that must be implemented, while this transformational change is being created.

To prevent further Aboriginal Deaths in Custody, the Government must urgently:

Similarly, there is a critical need for urgent reform in the child protection system. Victoria has the highest rate of Aboriginal child removal in Australia, and the Child Protection system simply does not work for Aboriginal families.

Our communities know the truths about the origins of the legal system and its ongoing impact on Aboriginal communities across Victoria – we experience these truths every day.

But this is not common knowledge in Victoria. The process of revealing and acknowledging the truths about our past and present has begun, but society has a long way to go.

Yoorrook has far-reaching powers to unearth the truth about Victoria’s legal system and how it needs to change. The potential of this truth-telling process is enormous. We urge Yoorrook to use the full extent of its powers to tell our truths. And we also urge the Victorian Government and the Premier not to delay urgent reforms – Yoorrook will lay the groundwork for transformational changes to come, but there are immediate steps the Government needs to take today.

If the Government commits to implementing those urgent reforms, and to working in partnership with Aboriginal communities on longer-term change, then together we can deliver the transformational change that our people need.

Note: These are prepared speaking notes; the delivery may have varied slightly. Recordings can be accessed at the Yoorrook website.

See this story by Alison Barrett on Aboriginal and Torres Strait Islander leaders’ reponse to the 4 Corners ‘Locking up kids’  report.

PrevPreviousIt’s not just Twitter. The whole Internet is broken and we’d better fix it soon
NextTax sugary drinks for the sake of your country’s health and economy, says World Health OrganizationNext