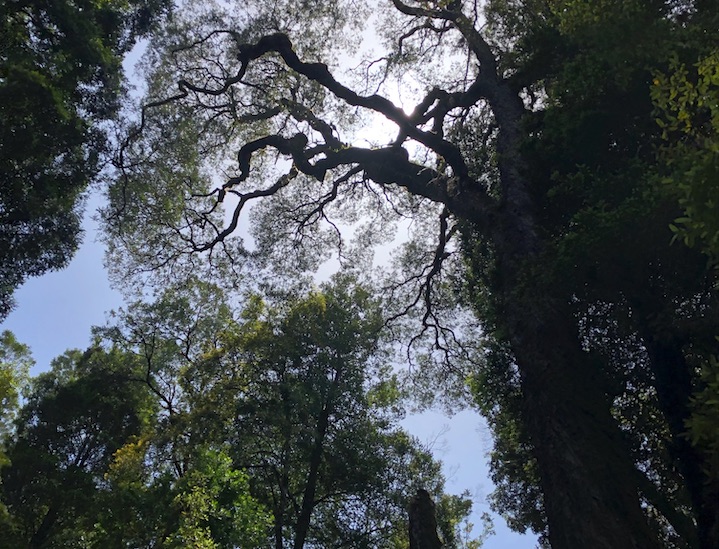 Introduction by Croakey: A National Sustainability Commission should be established and new environmental laws based on science and community values should replace the “complex and unworkable” Environment Protection and Biodiversity Conservation (EPBC) Act 1999, according to medical and public health experts.

Emeritus Professor David Shearman and Professor Melissa Haswell make the calls in their submission to a review of the EPBC Act, warning that current national policies have contributed to the demise of Australia’s previously rich ecosystems and globally unique biodiversity.

These policies have enabled economic policies designed to sustain growth at all costs and given precedence to development over habitat preservation and maintenance, environmental sustainability, climate change, population growth and other drivers of our enormous biodiversity loss and potential collapse.”

Their submission calls for the National Sustainability Commission (NSC) to be a statutory body with the best scientific, environmental, technological, public health and managerial expertise. It should centre the importance of Aboriginal and Torres Strait Islander rights and perspectives, and the maintenance of connection to Country as a health need.

The NSC must have at its core and from its very beginnings, a commitment to be founded, planned and structured, governed and operated in clear partnership with Aboriginal and Torres Strait Islander people.

It needs to embed the values of respect, reciprocity, integrity, cultural continuity, and vast opportunities for Aboriginal and Torres Strait knowledge and perspective within its governance systems.”

Read more in the article below by Shearman, Emeritus Professor of Medicine at the University of Adelaide, and Haswell, Professor of Environmental Wellbeing at Sydney University.

After COVID-19, many of us have a flicker of hope that our Government will apply some of its demonstrated sense of responsibility on medical advice to the larger health emergency on our doorstep.

The review of the Environment Protection and Biodiversity Conservation (EPBC) Act will provide an early indication whether the doomsday clock now at 100 seconds to midnight will continue ticking away Australia’s future.

However, the Government’s vision of ‘return to normal’ sends multiple bad omens of no change and no vision of the future we need.

Prime Minister Scott Morrison has said: “As we make our road out, that any sense of business-as-usual when it comes to the policy frameworks that we had prior to the election will need to be reconsidered on the other side to ensure that we can achieve the growth that will be necessary in our economy to get people back into work, to get our economy back on track.”

Already we see a return of this agenda with promised reduction in fuel standards by the Energy Minister to assist the fossil fuel industries, which will cause more ill health and deaths from air pollution and the acceleration of the ‘gas-fired recovery’ – which Resources Minister Keith Pitt suggests is “being held up by activists using our court system to employ green law fare”.

Unfortunately, those who understand our environmental crises cannot find comfort with Labor, whose resources spokesman Joel Fitzgibbon is quoted as saying there needs “to be a discussion about further incentives for [gas] exploration” and “a rational discussion about the rise and rise of environmental activism”.

In October 2019 Minister Sussan Ley said, in announcing the EPBC review, that it was “a once in a decade review of Australia’s environmental law to tackle green tape and deliver greater certainty to business groups, farmers and environmental organisations”.

This viewpoint has now been reiterated before the review is completed, a clear signal that a main intent is to promote project approvals.

With these portents, hope is diminishing that a review of the EPBC will be a once-in-a-decade opportunity to rescue our basic life support systems – stable climate, biodiversity, freshwater and food security – from further plunder.

In fact, it is a time for trepidation as we watch the United States Environmental Protection Agency ‘suspend’ pollution monitoring.

Critical to this is a report from the Commission for the Human Future, which highlights ten interrelated issues central to our future.

One of the ten issues, ‘Environmental decline and Extinction’, is the basis for the current review of the 1999 EPBC Act by the Professor Graeme Samuel Committee.

For the past decade national policy has done little to address any of these issues; still the Government fails to grasp how the ‘other side” of the COVID emergency provides a great opportunity to address their remediation.

Government policies have sustained economic growth at all costs and give precedence to development over habitat, preservation and maintenance, environmental sustainability, climate change mitigation and adaptation, population growth and other drivers of our enormous biodiversity loss and potential collapse.

The many submissions to the Samuel Committee will provide compelling evidence that the EPBC Act has failed to counter the progressive and grave deterioration in all environmental parameters that can be measured.

The EPBC Act 1999, of more than 1,000 pages of complex legislation, to which has been added over 400 pages of regulations, is now fundamentally flawed because of its reductionist (piece by piece) approach.

The current Act largely ignores two essential requirements: that human health and the environment are indivisible, and that the skills and rights of Aboriginal peoples are essential to all considerations.

We recommend to the Samuel Committee that the EPBC Act be replaced by principles based on a “Blueprint for the Next Generation of Australian Environmental Law”.

A statutory National Sustainability Commission (NSC) would provide the framework for national decisions.

The membership of the NSC should consist of the best scientific, environmental, technological, public health, economic and managerial expertise and it should recognise the importance of Aboriginal rights and perspectives, and the maintenance of connection to Country as a health need integral to all considerations and decisions.

The NSC must have at its core and from its very beginnings, a commitment to be founded, planned and structured, governed and operated in clear partnership with Aboriginal and Torres Strait Islander people.

It needs to embed the values of respect, reciprocity, integrity, cultural continuity, and vast opportunities for Aboriginal and Torres Strait knowledge and perspective within its governance systems.

The difference in approach and outcome between Aboriginal land management and Australia’s current decision and regulation systems could not be starker. Aboriginal governance systems are values and outcomes-based – what is needed for survival and protection.

The EPBC, in contrast, is agency- and regulation-centric, with its processes and regulations falling far short of its purported values.

The EPBC Act has also failed to recognise that, in the desire for progress and development, western societies have failed to understand this indivisible link between health and the environment.

The need for new national laws recognises that the role of states in environmental decisions has been seriously conflicted by their perceived need for resource developments, their lack of appropriate structures – for example Queensland has no Environmental Protection Authority – and limited expertise and understandings on environment and health.

New laws would be delivered in concert with the Commonwealth Government by a National Environmental Protection Authority. This would conduct transparent environmental assessments and inquiries, as well as undertake monitoring, compliance and enforcement actions in relation to the delivery of environmental law by the states.

Unfortunately government may adopt a minimalistic outcome, cosmetic changes to speed development approvals by cutting green tape, balanced by an expensive rescue plan for the koala and a few other iconic species.

However, we feel sure that Professor Samuel will exceed all expectations with new national laws for a living future.

This article was first published at Pearls and Irritations and is cross-published with permission.

Previously at Croakey: Doctors urged to engage with water policy concerns and a timely review

PrevPreviousRoad to Recovery from COVID-19 @WePublicHealth
NextA timely call to recognise black nurses and midwives, now and into the futureNext