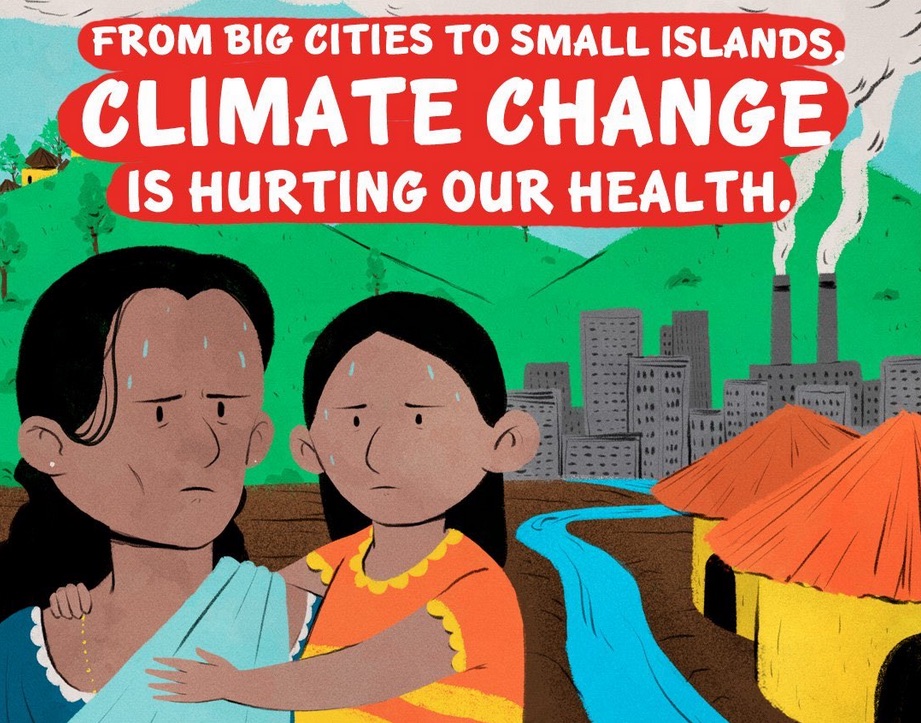 Calling for a strategic, big picture approach to the climate bushfire crisis

This article was first published on January 15, 2020

The climate crisis is identified as one of the urgent global health challenges for the next decade on a list released by the World Health Organization (WHO) this week. Despite many such warnings from the WHO and other groups over many years, Australia remains woefully under-prepared for dealing with the health impacts of the climate crisis.

In the article below, Dr Chris Bourke, Strategic Programs Director at the Australian Healthcare and Hospitals Association, identifies some key gaps in responses to the bushfire crisis to date, and some opportunities for progressing policy and service delivery on health-related climate impacts.

Australians have been shocked by the severity of our latest bushfire season.

Millions of hectares of bush have burned with thousands of homes destroyed and dozens of people killed.

Yet it should not have been a surprise that things could get this bad.

Scientists and rural fire authorities have been sounding alarm bells for years about the effects of climate change upon the vast eucalyptus forests that spread across the eastern Australian seaboard and beyond.

Right now, in the middle of this current fire season there are more big-picture lessons than can be learned.

First, the health effects of bushfires include the immediate emergency care required for burns and other trauma, the short and long-term effects of smoke inhalation, and mental ill-health.

These impacts all create greater demand for healthcare services.

Managing this demand entails either increased resources in affected localities, triage, or evacuation.

We have just seen the largest peacetime mass evacuation in Australia when thousands of residents and holidaymakers fled the NSW south coast, Gippsland, and north-east Victoria.

But the images of people stranded on beaches for days awaiting rescue show us that evacuation is not something we do well.

Not enough and too late.

This Australian experience can be compared with our Asian neighbours who regularly evacuate hundreds of thousands of people when faced with natural disasters.

For example, in Japan last year, more than 340,000 people were required to leave their homes in the Fukushima prefecture because of Typhoon Hagibis. Mass evacuation is also common in less affluent countries with the Philippines evacuating 750,000 in preparation for Typhoon Haiyan.

Preparation for large scale evacuation seems to be seriously underdone in Australia.

Recent stories illustrating our chaotic and piecemeal approach include motel owners in Batemans Bay providing free beds for refugees and callouts for help from AirBnB hosts.

Much greater preparedness for mass evacuation is needed that can be initiated earlier and with greater thoroughness.

This also will require community education of both the necessity and facilities available for their evacuation.

Second, the long-term effects of inhaling bushfire smoke are unknown.

While we know that people with pre-existing respiratory disease and vulnerable populations will suffer an immediate effect, the long-term population health outcomes have not been properly researched.

The new norm of months of smoke exposure, as endured by over 400,000 Canberrans where air quality sets new records for the world’s worst, requires study.

Commonwealth investment in data development and linkage, as well as immediate funding for research, is required to inform an evidence base on respiratory illness and the long‑term effects of prolonged exposure to bushfire smoke.

Furthermore, the forthcoming National Preventive Health Strategy should recognise the influence of the environment on health, engaging local and state governments, including urban and regional planning services, to ensure that the environments where we live, work, socialise and learn encourage and facilitate healthy lifestyles.

Third, equity must be a hallmark of the Commonwealth response to the broader community impact of bushfires.

For example, rural fire service volunteers have been discriminated against for payments according to the size of their employer – this is illogical and unfair.

The Commonwealth has not sought to engage with Aboriginal people who not only live in greater proportions within the affected areas but are also disproportionately impacted by natural disasters through the loss of cultural resources.

Self-help by Aboriginal organisations, such as the fantastic example of Winnunga Nimmityjah Aboriginal Health and Community Service sending a semi-trailer of non-perishable food, bottled water, clothes and camping equipment to fire-affected communities on the South Coast, is not a substitute for the Commonwealth reaching out to co-design both the emergency and reconstruction effort with Aboriginal people and communities.

We know that the Commonwealth can do this, as evidenced by the highly lauded engagement with peak Aboriginal and Torres Strait Islander organisations to design the new Close the Gap strategy.

Why hasn’t this lesson been applied to bushfire response and recovery? 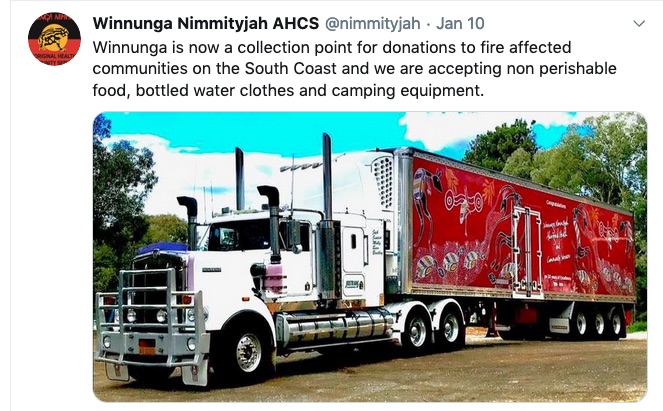 Fourth, the Commonwealth, state and territory governments need to work in a coordinated manner with local fire and emergency services to ensure the most effective response to helping communities through these disasters.

Unilateral action, while well intended, will not achieve this.

Offers of assistance from well-meaning individuals and organisations can also be unhelpful in managing emergency responses with scarce resources.

Experience from previous disaster situations is that trained volunteers are better equipped to respond than ‘spontaneous’ volunteers.

For example, Australian Medical Assistance Teams (AUSMAT) are multi-disciplinary health teams incorporating doctors, nurses, paramedics, fire-fighters (logisticians) and allied health staff such as environmental health staff, radiographers and pharmacists. Their work is led through an integrated national emergency response plan, where these volunteers are trained to work within the national emergency response plan.

The new ‘normal’ of a five months long annual bushfire season requires system adaptation to meet the new challenges, as well as national and international leadership to act on climate change and the associated impacts on the health of our communities.

Our vision at the Australian Healthcare and Hospitals Association is for a healthy Australia supported by the best possible healthcare system.

But this will not be achieved without big picture thinking and a strategic approach that addresses contemporary challenges such as climate-related health impacts.

The time for progressive and responsible coordinated change is now.