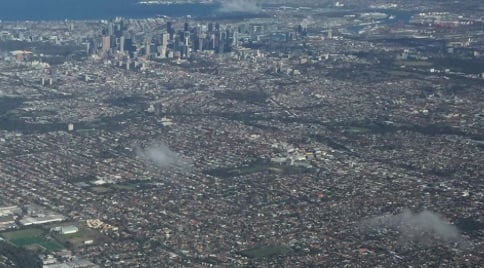 Affordable housing - out of reach for too many

Calling for action on a “national crisis” – homelessness and housing insecurity

On Census night in 2016, there were 116,427 Australians recorded as homeless – a 14 per cent increase on the number recorded in the previous Census. Homelessness has risen in Australia by 30 per cent in the past decade.

It can be hard to get a word in when 800 service users, frontline workers, program managers, researchers, policy makers, philanthropists, bureaucrats and media commentators get together in one room to discuss how to end homelessness.

But amid the loud, impassioned conversation and debate at the National Homelessness Conference in Melbourne recently, there was one voice that was conspicuously absent – that of the Turnbull Government.

A decade on from the release of The Road Home – the Commonwealth white paper that set a bold target of halving homelessness in Australia and accommodating all those sleeping rough by 2020 – national leadership on homelessness has dissipated under successive Commonwealth governments.

The most recent Census figures show the rate of homelessness increased from 48 people per 10,000 of the population in 2011, to 50 per 10,000 now. There were 116,427 Australians recorded as homelessness on Census night 2016 – a 14 per cent increase on the number recorded in the previous Census.

In the past decade, homelessness in Australia has risen by 30 per cent.

The data underscores what frontline services like Melbourne City Mission have been telling Canberra for years: we have a national crisis on our hands.

Disappointingly, the new National Housing and Homelessness Agreement (NHHA) between the Commonwealth, States and Territories provides no cause for optimism. There are three reasons for this.

Firstly, while the agreement does articulate a broader focus on improving access to housing “across the housing spectrum”, those areas of national policy reform that could have the greatest impact – such as housing-related tax reform – sit outside the scope of the NHHA and will not be otherwise addressed by the Turnbull government.

Secondly, the agreement fails to acknowledge or account for the knock-on effects of Commonwealth policy and funding reform in adjacent systems, such as the welfare system.

We know that the continuing erosion of Australia’s social safety net – in particular, income support – will drive more Australians into homelessness. For example, our experience of previous welfare reforms tells us that the current push to make income support conditional on drug-testing results is unlikely to effect long-term health behaviour change.

Instead, those citizens are likely to move further to the margins of our community, deeper into entrenched disadvantage, and generate increased demand for emergency relief and crisis supports at homelessness access points like Frontyard Youth Services.

Thirdly, the new NHHA provides no additional funding in real terms for responses to housing and homelessness. The message from the Commonwealth has been that the States and Territories did not satisfactorily evidence outcomes under The Road Home National Partnership Agreement on Homelessness (NPAH) and National Affordable Housing Agreement (NAHA).

While we support the call for greater transparency and accountability around outcomes, context is everything. RMIT research has shown that changes in Australian housing and welfare systems and wider social and economic developments appear to have more than offset any benefits from the hundreds of millions of dollars that came into the system through the NPAH and NAHA.

Another distraction has been a political and media narrative that represents homelessness as a personal failing.

As delegates at the National Homelessness Conference were reminded: homelessness is a structural problem. While ‘situational factors’ – such as alcohol or other drug addiction or mental illness – are important, they are often a consequence, not cause, of homelessness.

Professor Guy Johnson reminded the conference that “poverty structures our opportunities”. Relative to the rest of the population, people and families living in poverty are more vulnerable to “shock” – that is, “sudden, unexpected changes in circumstance”, such as loss of job, breakdown of relationship, ill-health or other traumatic experience – that can tip them into homelessness.

Poverty is what creates the biggest vulnerability to homelessness.

Conference delegates were exhorted to refocus the conversation and the work on the interaction between poverty, housing and homelessness. That’s why, as Victoria’s largest-funded youth homelessness service, and a leading provider of adult and family homelessness services in Melbourne’s west, Melbourne City Mission supports the ACOSS campaign to raise the single rate of Newstart, Youth Allowance and related payments by $75 per week.

ACOSS analysis shows most single people on Newstart who do not have dependent children currently live on $39 a day and are struggling to afford basic essentials like a roof over their head and food on the table.

At Melbourne City Mission, we know this struggle is also shared by young people who have found themselves in the homelessness service system because of family violence or family breakdown and who are relying on Youth Allowance to support themselves at a time of crisis.

The low rate of Newstart and Youth Allowance has been acknowledged by some of Australia’s most-respected economists and business leaders as “forming a barrier to employment”. As ACOSS points out, “It is nearly impossible to look for work when you are homeless and hungry”.

Fixing Australia’s broken housing system is another key priority. Melbourne City Mission is a supporter of the Everybody’s Home campaign, which is advocating for a new National Housing Strategy to meet Australia’s identified shortfall of 500,000 social and affordable rental homes and a national action plan to end homelessness by 2030 (with a focus on structural drivers, including poverty).

Running alongside this advocacy, frontline services continue to put their shoulder to the wheel to try and prevent homelessness, intervene early to reduce the impacts of homelessness, and achieve sustainable exits for people who find themselves in the system, within the current policy and funding environment.

Despite the constraints, we find ways to be innovative. Working with partners like primary health care networks, for example, we come up with new solutions to improve access to specialised supports that address those ‘situational factors’ such as mental health.

Elephant in the room

It is powerful work, but the elephant in the room is structural reform. As a nation, we must address the root causes of why people become homeless in the first place. We must address poverty and our broken housing system.

Following the recent Homelessness Week, Australians are asked to add their voice to the Everybody’s Home campaign to end homelessness. Find out more at http://everybodyshome.com.au/

Melbourne City Mission, together with the Council to Single Mothers and Their Children, is the Victorian co-convenor of Anti-Poverty Week, which is designed to strengthen public understanding of the causes and consequences of poverty.

This year it runs from 14 – 20 October. Visit https://www.antipovertyweek.org.au/about/about-anti-poverty-week to get involved.