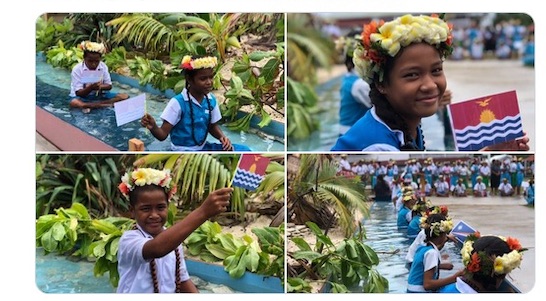 Introduction by Croakey: In the lead up to the 50th Pacific Islands Forum, which officially opens in Tuvalu tomorrow (13 August), Australia has come in for sustained criticism for “recklessness”, in failing to adequately address the global climate emergency.

Pacific Island leaders, in the Nadi Bay Declaration signed last month, say that climate change poses the single greatest threat to the human rights and security of present and future generations of their peoples, and call for a UN Resolution to establish a Legal Framework to protect the rights of people displaced by climate change.

The declaration calls on “governments of high emitting countries that are hindering progress in climate change efforts to heed the climate science and urgently change direction for the benefit of all, including the people in their own countries”.

It asks that all coal producers “immediately cease any new mining of coal”, develop a strategy for phasing out and closing all existing coal production, and stop subsidising fossil fuel production.

This statement followed a communique from the 49th Pacific Islands Forum last year (Australia was among the signatories), that recognised climate change as “the single greatest threat to the livelihood, security and wellbeing of Pacific people”.

Meanwhile, the health impacts of climate change were high on the agenda of a recent Pacific Health Ministers meeting hosted by the World Health Organization, prompting the Public Health Association of Australia to call for the Australian Government to develop a whole-of-government climate and health policy.

The Director General of the World Health Organization (WHO), Dr Tedros Adhanom Ghebreyesus, tweeted his support for the Pacific Island nations, saying “the world is facing a climate crisis, and the Pacific is on the front line”.

A WHO White Paper released earlier this year, Delivering Better Health in the Western Pacific Region, identified climate change as a key priority, describing wide-ranging health impacts, including “the psychosocial impacts from people being displaced from their homes”.

…we feel it is of the utmost importance to cease new coalmining and phase out existing coal production, especially in Australia. The air-pollution released from the burning of coal is not only directly detrimental to health, but it also contributes significantly to climate change.

Phasing out coal mining and usage will make strides in protecting people’s health, and we hope this Forum will be productive in achieving its vision of free and healthy Pacific people.”

Meanwhile, senior public health registrar Dr Lea Merone outlines below how climate change is impacting Pacific Island people, and calls for a treaty to be developed to enable displaced populations to move to Australia and access employment, education and healthcare.

(This introduction was updated on 14 August to include a link to the World Federation of Public Health Associations letter supporting action on climate change at the Pacific Islands Forum).

Global warming owing to greenhouse gas emissions is not only scientifically irrefutable, but also a hot topic across the media, popularised by the students’ climate strikes and actions of activist organisations such as Extinction Rebellion. Climate change is likely to bring about shortages in food, water and viable land.

As resources increase in scarcity, the likelihood of climate-related conflict and subsequent human displacement is high. However, a more pressing issue faces Australian neighbours, the Pacific Island states, and that is climate-related displacement.

Around 9.5 million people inhabit the Pacific Islands and populations are growing. Emigration rates are already high, with the mixed effects of positive economic outcomes versus loss of cultural identity.

Tuvalu’s Islands are particularly vulnerable to climate change. Their shallow fresh water supplies easily deplete in drought and there is little capacity to adapt to climate change as no land is more than 2 meters above sea level.

Both Kiribati and Tuvalu are significantly threatened by rapidly rising sea-levels and are predicted to be uninhabitable by 2050, with their populations likely to become amongst the first climate refugees.

Sea-level rise is reaching crisis point, particularly with glacier melting threatening coastal cities globally. Sea-levels are currently rising at a rate of 3.3mm/year and this is forecast to rise to 5mm/year.

Together with coral bleaching events, the resulting decreased ocean biodiversity will impact on food security and the economy for Pacific Islanders, who rely heavily on aquaculture.

A combination of submersion, food insecurity and economic decline threaten the Pacific Islands, who have recently declared a “climate crisis” alongside an appeal to Australia to stop any new coal mining.

Resilience and adaptation versus mitigation

The word on everyone’s lips in response to this issue is adaptation.

But adaptation is challenging; resources are scarce and health services strained. Placing the emphasis on preparedness and recovery rather than mitigation of risk places the burden on the sufferers rather than those who cause the suffering.

It is well known that those who contribute the least to greenhouse gas emissions disproportionately suffer the most.

Yet, despite this, adaptation and resilience are the key messages; the Millennium and Sustainable Development Goals depend on it.

The people of the Pacific Islands are determined to adapt climate disruption and avoid displacement. Adaptation is being financed, but is it too late? Adaptation does not protect against submersion. 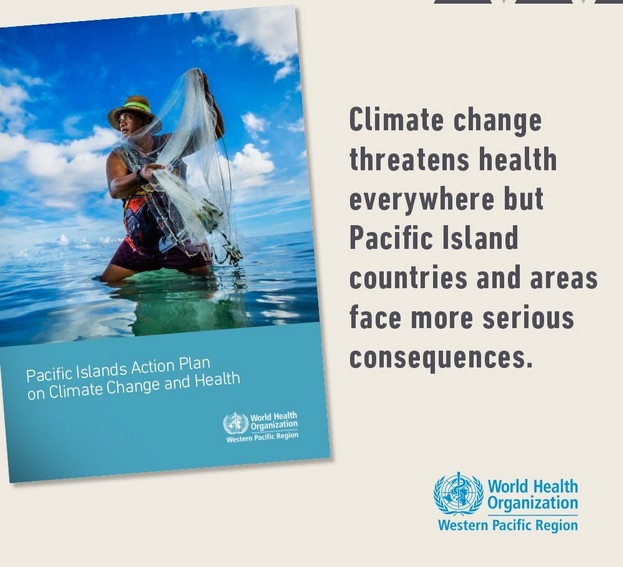 By 2050 it is estimated that 200 million people globally will be displaced by climate disruption.

Climate disruption is mostly a slow process, and this has led to confusion surrounding how to categorise those displaced by changing environments, which leads to challenges with setting legal precedents.

Most legislation does not include those displaced by climate disruption in the definition of refugee.

Classifying those displaced by climate disruption as migrants is erroneous as a migrant is someone who has voluntarily left their country of origin and can return at any time.

The United Nations High Commissioner for Refugees (UNHCR) states there are increasing difficulties in categorising displaced peoples because of conflict, climate disruption and economic pressures.

Australia’s definition of a refugee – an individual who has left their home owing to racial, religious, social or political persecution – does not incorporate those displaced by climate disruption.

Legally obtaining refugee status means that Australia has international obligations to protect the human rights of those arriving in the country regardless of visa possession. Refugees can live and work in Australian society. They often settle in non-metropolitan areas creating a positive and growing economy, helping to meet labour shortages in lower paid jobs.

Despite this, Australia has one of the most restrictive immigration detention systems in the world; detaining some refugees without time limit or capacity to challenge detention in a court of law.

Many argue that the current handling of refugees in offshore detention centres is a violation of human rights.

However, with the pressing issue of climate disruption, particularly affecting neighbour islands, is there an argument to be made for urgent expansion of the definition of “refugee”?

Providing support to refugees is a challenge; the current global refugee crisis of 22.5 million refugees has stretched the UNHCR state resources to capacity.

This is only part of the story; there are a total of 65.5million displaced people globally and many of these do not have refugee status. Addition of climate refugees will be catastrophic. This highly likely scenario currently has few plans to address it.

The people of the Pacific Islands favour planned migration. Australia has no specific treaty for emigration of peoples from the Pacific Island States, therefore without family ties or a background of skilled work, such migration is challenging, if not impossible.

Those who are ineligible to migrate “on merit” have few options.

Advocacy for a solution

A treaty between the Islands and Australia would allow for movement into Australia and access to employment, education and health care.

New Zealand is currently leading the way for the rest of the world in recognising climate disruption as a reason for population displacement and drawing together migration plans with those imminently affected.

Some argue that a treaty will not solve the issues and the battle for one must not overshadow measures to adapt.

Whilst an essential point, unless a treaty to assist these people is formulated, entire populations of people face losing their homes, with no opportunity to rebuild.

International co-operation for accommodating those displaced by climate change is urgently required.

There is pressing need for an independent, separate, protocol on recognising and resettling climate refugees.

Those facing displacement due to climate disruption are in critical need of a voice and a plan, now. 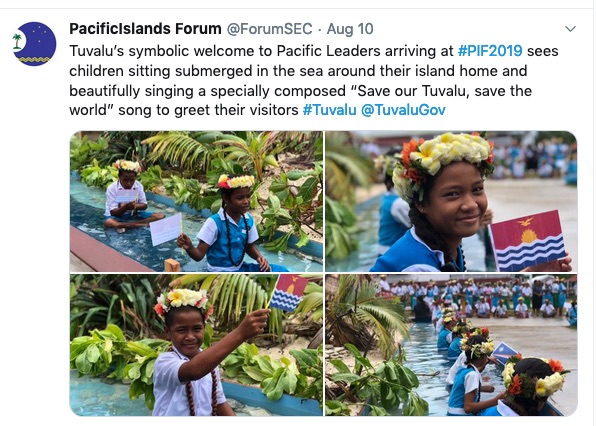 PrevPreviousA practical proposal for addressing health and housing gaps
NextPicking up the pace on the journey to integrated health care: a preview of #CPHCE19Next