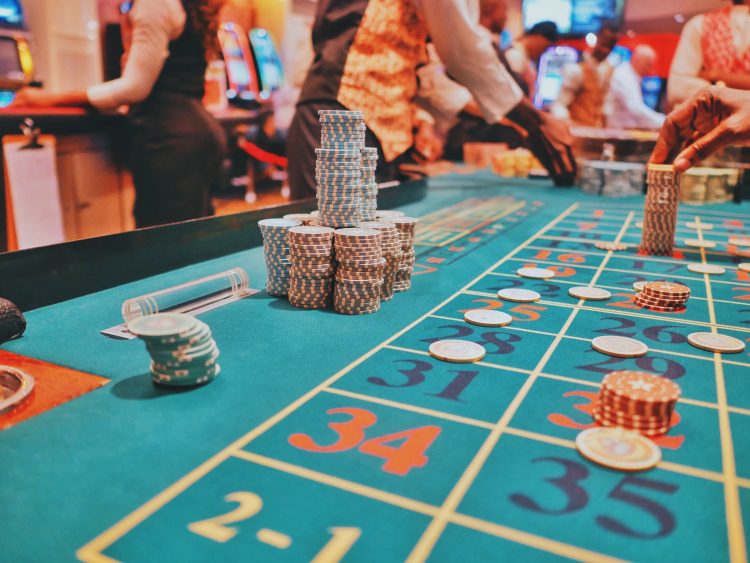 Bidding for national regulation. Photo by Kaysha on Unsplash

The 751-page report reveals how regulation of casinos was undermined and weakened over many years, despite global concerns about the industry’s part in money laundering and other criminal activities.

While the findings against Crown have received most attention, the report’s call for national approaches to regulation of casinos is significant.

It says there is no unified model for regulation of casinos across the nation, and urges NSW’s Independent Liquor and Gaming Authority to address this concern.

It says some regulators are more powerful than others, and that in some jurisdictions, the relevant Minister rather than the regulator holds key decision-making powers regarding granting of casino licences.

All gaming regulators within Australia, except for the regulator in Victoria, do not have their own staff and instead are dependent upon a government department for staffing and resourcing.

“Without wishing to invite debate or spark a constitutional crisis, it is appropriate to observe that whilst ever these differences exist with the consequence of fragmentation, the organised criminals and the money launderers have the advantage,” says the report.

“It would be appropriate for the Authority to consult with its counterparts in each of the States and Territories to advocate either with them or alone if necessary, for a unified model of casino regulation throughout the nation to afford greater protection for casino operators to the disadvantage of the organised criminals and money launderers.”

Further, the report says that casinos should fund casino regulation, as “international best practice suggests that the taxpayer should not be burdened inappropriately for the regulation of casinos”.

Many in the health sector will also be interested in the report due to the prominence in the sector of two Crown directors: Professor John Horvath, a former President of the NSW Medical Board and former Australian Government Chief Medical Officer; and Jane Halton, a former Secretary of the Australian Department of Health.

Bergin’s investigation is also a powerful reminder of the importance of public interest journalism, referring many times to the impact and significance of media investigations into Crown over some years.

Many Croakey readers may also be interested in the report’s reflections on governance, as well as its finding of “a silver lining to the shocking cloud of the COVID-19 pandemic”. This is that it stopped the activities of several established money laundering networks activities during early 2020.

The report can also be read as a riveting drama about money, power and politics, as well as raising some very pointed questions for regulators of Crown casinos in Victoria and Western Australia, writes Chris Sidoti, who was chairperson of the NSW Independent Liquor and Gaming Authority (under its various names) from 2008 to 2016.

His article below, ‘What are the casino regulators in Victoria and WA doing right now?’, was first published at John Menadue’s site, Pearls & Irritations, on 16 February.

The story has been well written in Paddy Bergin’s inquiry report and so there’s no need for inventiveness. Truth is always far better than fiction. It’s the story that keeps on giving. Last week it gave us AFL legend Andrew Demetriou’s head, and a few non-entities; yesterday morning it was mega-businessman Ken Barton’s. The series could be called The (Other) Crown.

Here are a few of the issues.

The power of money in Sydney

Politics and business entwine in Sydney to the benefit of the powerful and the rich. The story of the dinner hosted by Alan Jones for James Packer and Barry O’Farrell was already known but that doesn’t make it any less breath-taking. A multi-billion dollar deal initiated over lunch that day, behind closed doors, no transparency, no accountability, not even any public assessment of the value of the project in economic or social terms. [Note from Croakey: read more on page 91 in Volume 1].

The decision to license a casino in NSW was taken carefully and cautiously in the late 1980s and early 1990s after intensive study, debate and inquiry, including one along the lines of Commissioner Bergin’s. The sub-plot then was that illegal casinos had long operated openly in NSW and fed corruption that went right through government and the police service, at times right to the very top.

What made a single legal casino palatable even to gambling opponents was the possibility of crushing the corruption. Money and advantage and privilege were issues too but the concern about corruption was one of the strongest factors. Deciding to have a casino and then the effort of getting it right took a very long time.

By contrast, the O’Farrell Government’s decision to have a second casino involved no inquiry, no investigations, no public debate, not even a public tender after the decision was taken so that the people of NSW could get the best possible return from the new licence to print money. The deal was done and that was that. And it had the unqualified backing of the Labor Opposition.

I’m not saying or even suggesting there was any corruption. But the process violated all the fundamental principles of good governance. It was a decision with grave social implications, economic consequences and environmental concerns, not to mention the breach of the social agreement made in the late ’80s and early ’90s that there would only be one casino to blight NSW.

It should have been investigated and debated publicly so that all who wanted to contribute to the fundamental question could do so. But that’s not how it works in this state.

The question I still have is what Barry O’Farrell thinks now. I know that many journalists have attempted to interview him over the years about this decision and the process that surrounded it but the former premier has consistently refused. It will no doubt take a subpoena from the next inquiry into casinos in NSW to get him to talk. I don’t doubt that this latest inquiry is not the last.

And pubs and clubs

After Commissioner Bergin’s report was released, the chair of the NSW Independent Liquor and Gaming Authority, Philip Crawford, expressed concern at the possibility of money-laundering through poker machines in pubs and clubs. It was a telling statement. While casinos get a lot of public attention, what happens with poker machines in pubs and clubs gets far less. It’s a second limb of the story of the power of money.

The great majority of poker machines in NSW are in pubs and clubs. Clubs have had them for decades. The huge profits they turn for the clubs have been justified on the basis that clubs are community organisations (not for-profit enterprises) that put surpluses (not profits) back into the community. There is truth in that.

But these days clubs are multi-million dollar businesses too (money) that have enormous political clout (power). They can run political campaigns that can make and break governments. Just remember the campaign against the Gillard Government’s modest proposals for gambling reform.
NSW, of course, does it better than anyone. Clubs NSW, the registered clubs’ association, has entered a formal Memorandum of Understanding with the conservative parties before each of the past three state elections, to tie the parties’ hands in government.

The MOUs deal with taxes, grants, club registration, gambling and alcohol policy. It’s good to have transparency but it’s concerning that major political parties should feel the need, or at least the usefulness, of entering formal agreements with a powerful lobby group.

And then there are the donations Clubs NSW makes to both major political parties before every election.

The NSW Labor Party has also paid its dues to the gambling industry. Poker machines were only allowed in NSW pubs from the late 1990s, a 1997 initiative of the Carr Labor Government and one of the most socially damaging decisions of any government in decades.

This, too, was preceded with little public investigation and debate and little transparency.

The (Other) Crown is not restricted to Sydney. Its scope is international but most of its action is in Melbourne and Perth, where the two operating Crown casinos are located. After all, the Bergin inquiry investigated and reported on Crown’s performance in those two cities. Since Crown isn’t (yet) operating in NSW, none of the report’s findings relates to what happened in NSW.

The most immediate questions are what the Victorian and Western Australian casino regulators knew about Crown’s conduct and, if they didn’t know what the inquiry has found, then why not.

No doubt those questions will have to be answered in time. But there are more immediate questions that require urgent responses. What are these state regulators going to do in response to the Bergin report and when?

Just to remind you. The Bergin report found that Crown facilitated money-laundering, endangered staff and did business with international organised criminal groups. It found that Crown was not fit, today, to hold a licence in NSW and could not be fit unless it had undertaken a comprehensive root and branch reform.

If Crown is not fit to hold a licence in NSW, now, today, how can it be fit to continue to operate its casinos in Melbourne and Perth? It’s taken Covid, not the casino regulator, to close down the Melbourne Crown casino for five days this week.

Surely, the regulator will not permit it to re-open. I expected to see immediate action in Victoria and Western Australia last Tuesday, when the Bergin report was tabled in parliament, to suspend the licences in their states pending an inquiry into whether the licences should be cancelled. I expected that but there has been nothing.

What on earth are the Victorian and Western Australian regulators doing right now? [Note from Croakey: Since this article was first published, there has been movement in WA].

A short final comment, not the principal purpose of this article. We read a lot these days about the crisis in democracy but most of the writing concerns the growth of authoritarian democracy. Just as threatening to democracy is the absence of opposition.

I’m not talking here about the hyper-partisan politics of the US but strong critical evidence-based policy-focused opposition so that governments are put under pressure to perform, to govern transparently and accountably.

There can be no democracy without opposition. Yet in this significant area of public policy, with very serious social consequences, we have had decades of bi-partisan collusion between the Coalition and Labor parties in kowtowing to the moneyed interests of the gambling industry and its constituent parts.

Can we please have some serious opposition for a change?

• Chris Sidoti was chairperson of the NSW Independent Liquor and Gaming Authority (under its various names) from 2008 to 2016. He is an international human rights lawyer and was formerly Australian Human Rights Commissioner and Australian Law Reform Commissioner.