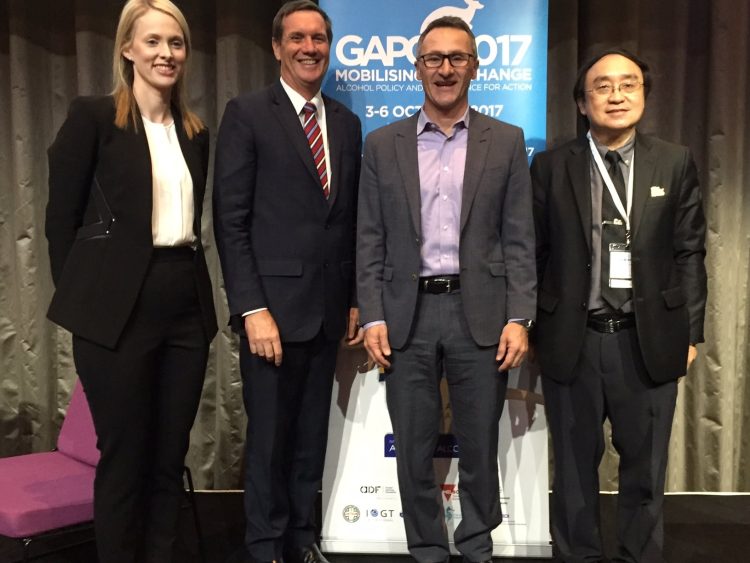 Calling last drinks for the alcohol industry – news from #GAPC2017

At the Global Alcohol Policy Conference in Melbourne today, the power of the alcohol industry was widely evident, in that many speakers observed the industry’s success in blocking policies that could reduce its toll upon health and safety.

Senator Richard Di Natale, Leader of the Australian Greens, chaired a session, “Influencing those in power”, and below offers some observations about who is really wielding power in politics.

He told the conference that achieving healthier policy will require real reforms to political donations, the establishment of a national anti-corruption watchdog, and an end to the revolving door between parliament and industry.

Beneath his article are tweets from other speakers, including Queensland Government Minister Dr Anthony Lynham, who described how his experience as a surgeon dealing with the aftermath of alcohol-related violence led to him becoming a politician campaigning for policy change.

The conference also heard from Dr Bronwyn King, CEO of Tobacco Free Portfolios, who suggested super funds be encouraged to divest from a range of industries beyond tobacco. Follow #GAPC2017 on Twitter for more conference news this week.

It is a special time of celebration in Melbourne this week – especially for me and the many thousands of Richmond Tigers supporters who experienced such joy on the weekend.

Families and friends gathered at the MCG, round televisions and in pubs and watched the game, many of them with a drink in hand. 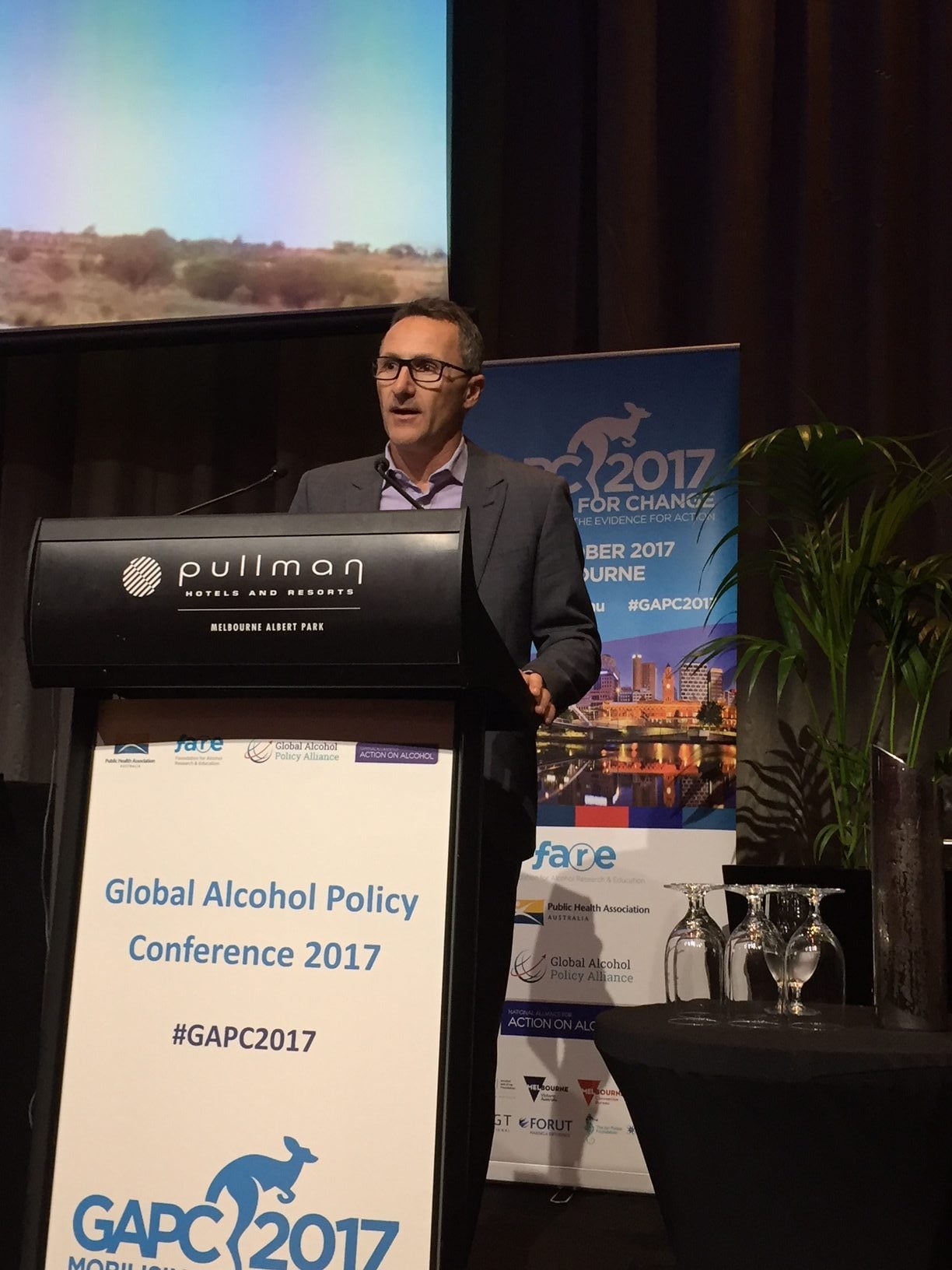 Alcohol is an integral part of our culture. Often, when we come together to celebrate, commiserate or just connect, we do so while drinking. It’s important to acknowledge that the reason many people drink alcohol is because it brings them pleasure and it adds to their life rather than detracts from it.

But it’s equally important to acknowledge that for many people this isn’t the case and that alcohol related harm has a negative impact not just on them but on their families, and the wider community.

The reality is that alcohol is a drug, it’s a drug with psychoactive properties, and like most drugs, it has the potential for serious harm. Brain damage, increased risk of a number of different cancers, risk of aspiration, liver cirrhosis, gastrointestinal ulcers, gastritis and reflux, acute pancreatitis, sexual dysfunction, depression and suicide.

In fact, when alcohol is abused it is significantly more harmful than many other currently illicit drugs. That may be a controversial thing for a politician to say, but it’s not controversial to most health care professionals who work in the field.

Before I entered politics I worked as a drug and alcohol doctor and a public health physician so I have seen the impacts of alcohol abuse on people.

I heard countless stories about the gradual creep of alcohol into people’s lives – from having a glass or two after work and a few drinks at the pub to waking up in the morning and reaching for the nearest bottle of spirits to get the day started.

Every GP across Australia will have seen a patient for whom alcohol is a major cause of their ill-health and they will have experienced the impact of alcohol use on families or sometimes on complete strangers; from family violence to a fight in a night club, the loss of a job to tragedy on our roads.

It’s hard to overstate the impact of alcohol on health worldwide.

In 2003 here in Australia, alcohol use was the sixth highest risk factor at an estimated 3.3 per cent of the total burden of disease.

We are learning more and more about Fetal Alcohol Spectrum Disorders, a significantly debilitating collection of disorders caused by the consumption of alcohol during pregnancy. It is something that is entirely preventable, yet research demonstrates that many women are simply unaware of the potential harms of drinking while pregnant.

Like so many other health conditions, here in Australia Indigenous people suffer disproportionately from the harms of alcohol. Ill health due to alcohol dependence and harmful use in the Aboriginal and Torres Strait Islander population was 4.5 times greater than that experienced by non-Indigenous Australians in 2003.

Much of the evidence is clear. The answers are out there. We know what works.

Starting with prevention we must urgently address the advertising and promotion of alcohol.

We have laws that prevent advertising alcohol during children’s viewing times, but an absurd loophole allows alcohol advertising to air during ‘sports related’ programming. It could be ended by the Communications Minister today.

Independent research shows that kids are influenced by this advertising and when their favourite players are emblazoned with VB or XXXX logos. There is an irony in watching the captain of the Australian cricket team answer questions about players being involved in alcohol related incidents while looking like a walking billboard for the alcohol industry.

We know that price is of course a major factor, which is why the Greens are keen to see movement on the distorting Wine Equalisation Tax, which distorts the market and creates incentives to manufacture and consume cheap wine. We need to move to a rational volumetric system that taxes drinks according to the quantity of alcohol and not as an industry support mechanism.

Of course availability is critical – we have seen movement on this in various locations around the country in terms of zoning, the number of licences issued and initiatives such as last drinks, which have reduced the violence associated with alcohol.

Finally we must urgently address the acute end of this problem, which means a much greater investment in funding for treatment services.

We know that only half those people seeking alcohol and other drug treatment can currently access it, which is why we went to the last election with a commitment to double this funding at the commonwealth level and encourage states to follow suit.

These are but some of the things that we know work.

But if it is so clear to health care professionals and policy makers what need to be done, what is the hold up?

The reality is that those of us calling for an evidence-based approach to reducing harms are totally out-gunned by industry lobbyists and vested interests.

The alcohol industry, just like big tobacco, and the coal lobby, all use their influence and money to make sure that public policy remains in their favour.

They strike fear into the hearts of governments and opposition parties who rely on their donations, they distort evidence and they drown out the voices of experts.

It did not take me long after being elected to suss out how things really work in Canberra.

Just after taking my seat I saw poker machine reform, an overwhelmingly popular policy change, comprehensively defeated by a cashed up industry that ruthlessly wielded their power and influence.

I learnt that if you want a policy outcome in Canberra, you better be able to pay for it.

I learnt that politicians don’t lead. They are being led by people whose only interest is to keep profits growing.

Of course industry will tell you that’s not the case. They’ll say they want government and industry to ‘work together’.

Well, alcohol warning labels is a case study of what happens when industry takes the lead. If you look at alcohol labels in Australia you’ll struggle to find the warning labels because they’re tiny and research shows there is almost no awareness of their content. Another case of Industry 1; Government 0.

It’s gross, but it’s real, and the Greens are absolutely committed to seeing it off.

That’s why we are working hard for real reforms to political donations, to set up a national anti-corruption watchdog, and to close the revolving door between parliament and industry.

Fighting directly into these corporate headwinds is not easy.

In the face of these vested interests, we have to work even harder. One thing I tell doctors and public health specialists often is that evidence is important but alone it is not enough.

The most important thing we have in our favour is that we know that people want change.

We finally changed laws around tobacco when the shouting was too loud to ignore, and finally even their donations are finally shunned by the major parties.

We have to keep making noise and continue to focus on what we know will work.

As leader of the Australian Greens I can assure you that we are with you on this fight, and I know that the vast majority of health care professionals are too. 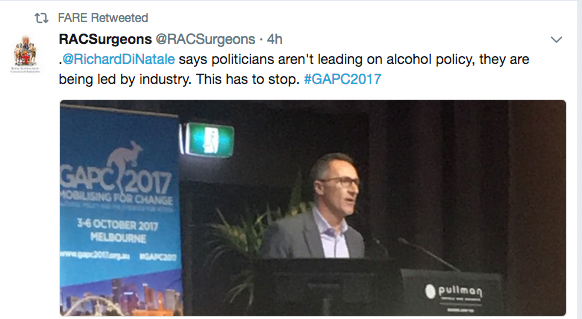 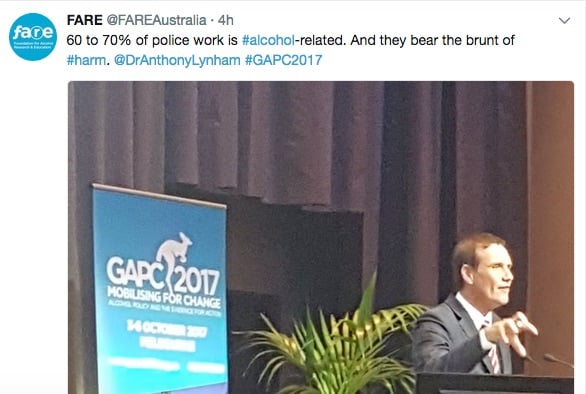 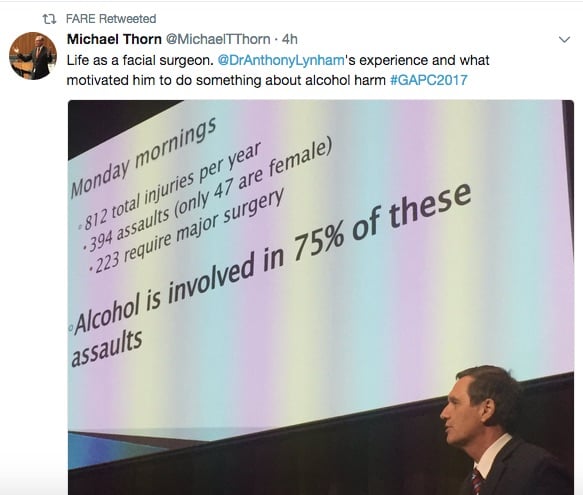 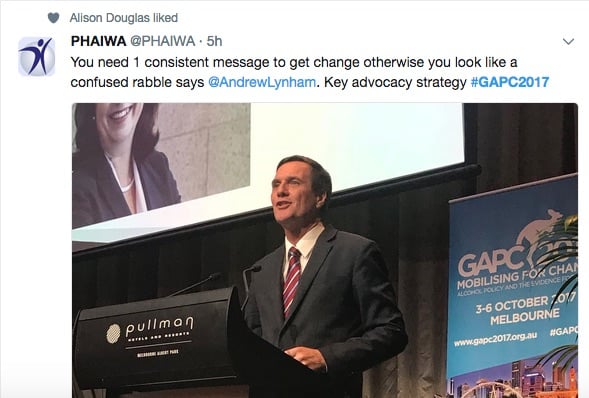 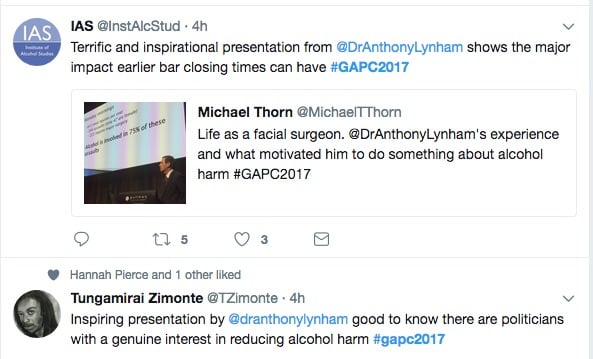 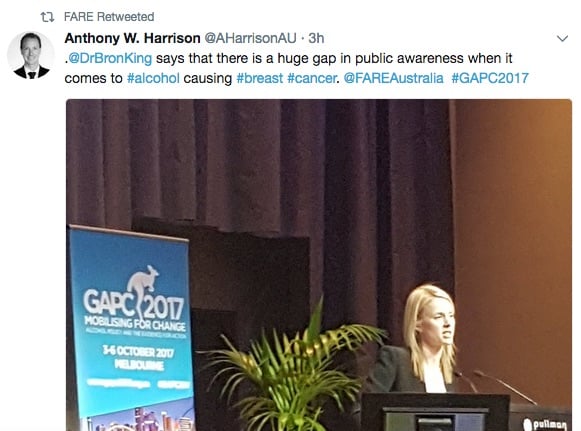 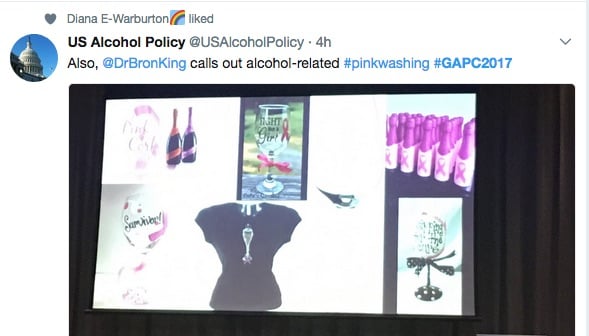 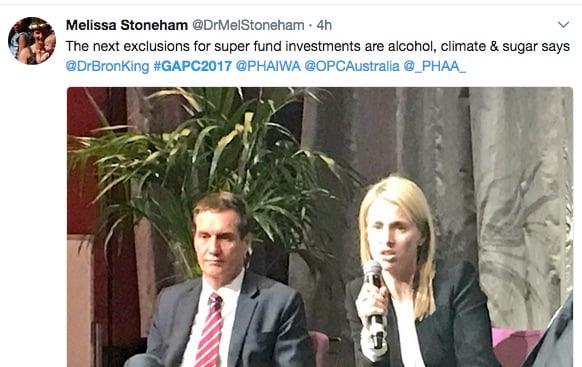 Other presentations and observations 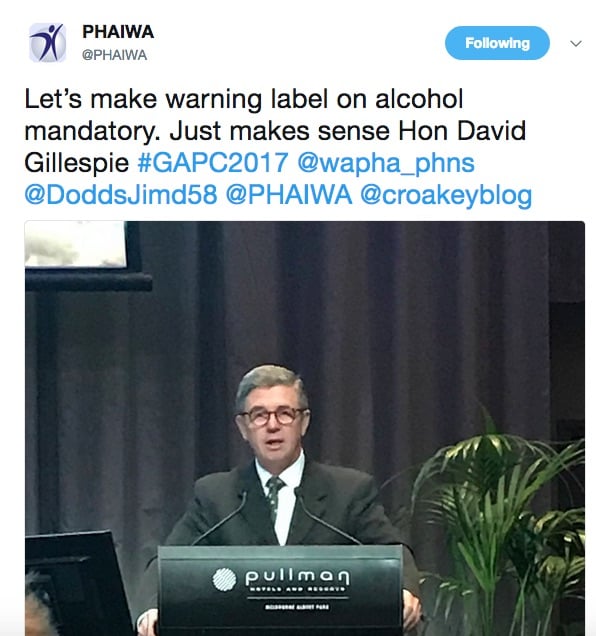 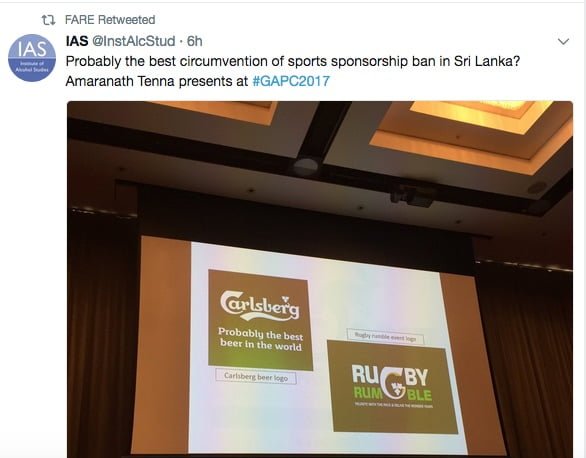 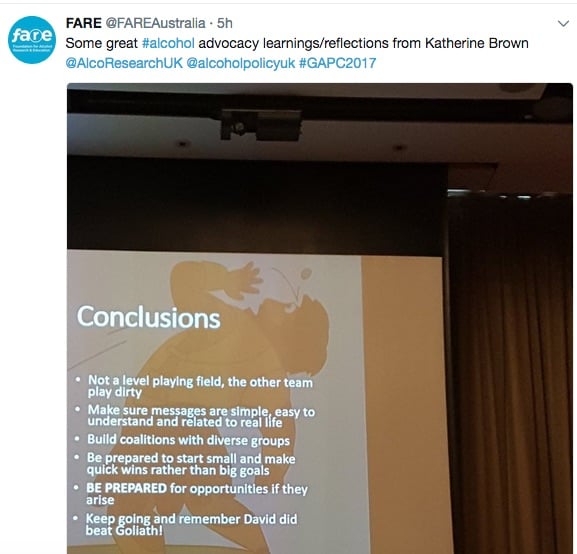 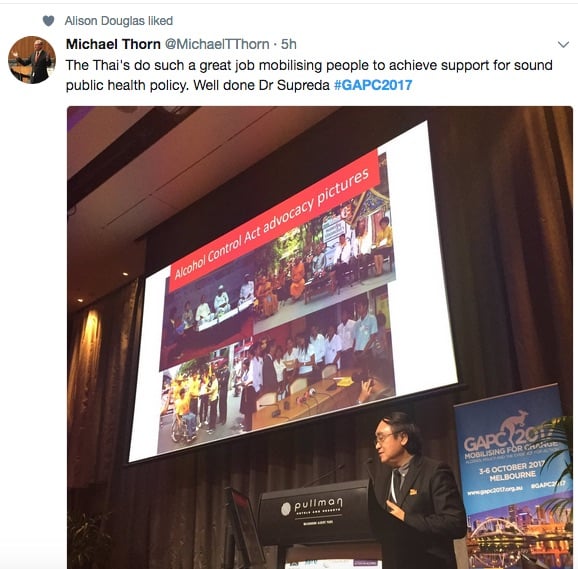 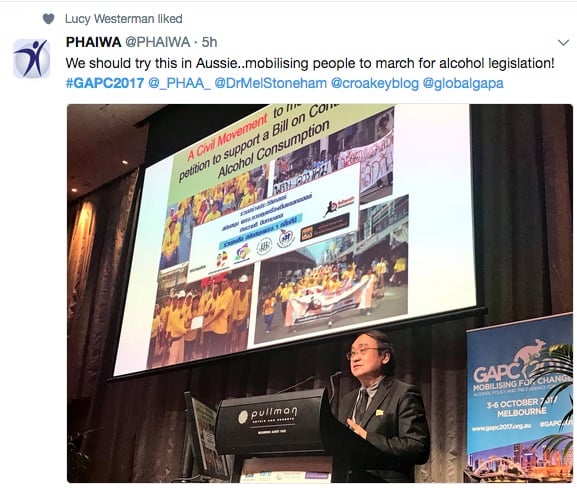 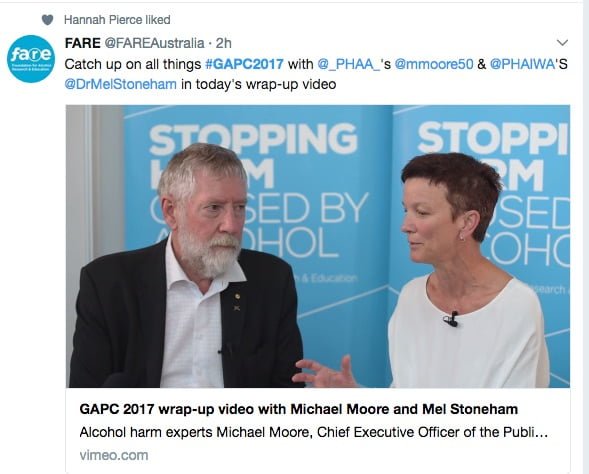 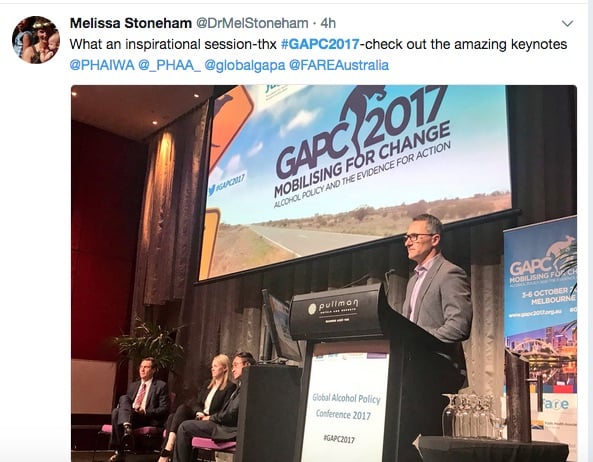