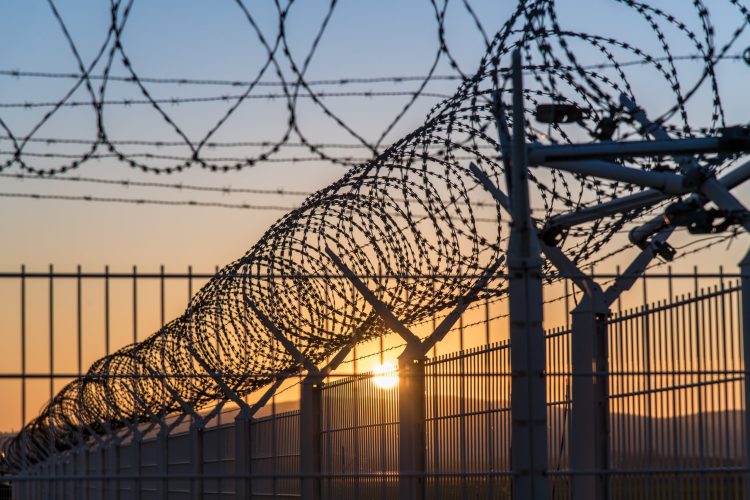 A lack of transparency adds to families' worries. Image by Džoko Stach from Pixabay

Introduction by Croakey: The lockdown of Queensland prisons after a trainer at a Queensland Corrective Services academy tested positive for COVID-19 underscores longstanding concerns about the pandemic’s impact on the most vulnerable sectors in Australian society.

The case was one of two COVID cases confirmed in the state in the past 24 hours. The second confirmed case was in a person in hotel quarantine.

The news follows yesterday’s announcement of an eleventh COVID-19 case linked to the Brisbane Youth Detention Centre cluster. Queensland Deputy Premier and Minister for Health Dr Steven Miles told a press conference that case was in a known close contact and already in quarantine, “therefore not posing an ongoing infection risk to the community”.

While there has only been one confirmed COVID-19 case in a NSW prison, Victorian Attorney-General Jill Hennessy told a parliamentary inquiry yesterday that more than 50 inmates and staff in correctional facilities in the state had contracted COVID-19 since the beginning of the pandemic.

According to a report in The Canberra Times, Hennessey told the Public Accounts and Estimates Committee’s COVID-19 Inquiry that 23 adult prisoners and six staff had tested positive.

The Federation of Community Legal Centres and the Law Institute of Victoria this week released a nine-point plan to reduce the number of people in Victoria’s prison system to protect Victorians from further outbreaks of COVID-19.

In response to the Brisbane COVID-19 outbreak, Debbie Kilroy, CEO of Sisters Inside, told The Guardian this week that the group was seeking to secure the release of as many children as possible.

“We are pulling a legal team together this week to undertake as many bail applications as we can to get as many children out as we can,” Kilroy said, adding that children should be released into “safe appropriate accommodation”.

Last week, the National Aboriginal and Torres Strait Islander Legal Services (NATSILS), together with Change the Record and the Human Rights Law Centre, also called on the Queensland Government to take urgent steps to reduce the number of children and young people detained in its youth prisons “by opting for release wherever possible”.

The organisations said in a media release:

With reports today [21 August, 2020] of nearly 130 young people — some as young as 13 — being locked in their cells indefinitely due to the threat of COVID-19, Aboriginal and Torres Strait Islander, legal and human rights organisations are calling on the Palaszczuk Government to reduce the number of children locked away in Queensland prisons rather than isolating and harming them.

Youth prisons are hot spots for the transmission of COVID-19.

Like cruise ships or nursing homes, they are closed, crowded environments where large numbers of people touch the same surfaces, share facilities and cannot physically distance from one another.

Once the virus enters a youth prison, it risks spreading like wildfire.”

Earlier this month, NATSILS issued an open letter — signed by more than 400 Aboriginal and Torres Strait Islander leaders, health and legal experts — calling for the safe release of adults and children from prisons and youth detention centres and protection of their rights and health in the COVID-19 pandemic.

Measures to release people from correctional centres and reduce incarcerated populations need to be implemented with urgency.

This is necessary to protect the lives of people in prisons and youth detention centres, to ensure there are necessary hospital beds for all who need it and to prevent the further spread of COVID-19 to the community.”

And an Aboriginal Legal Service NSW/ACT petition, #CleanOutPrisons, has collected more than 19,300 of its target of 20,000 signatures. 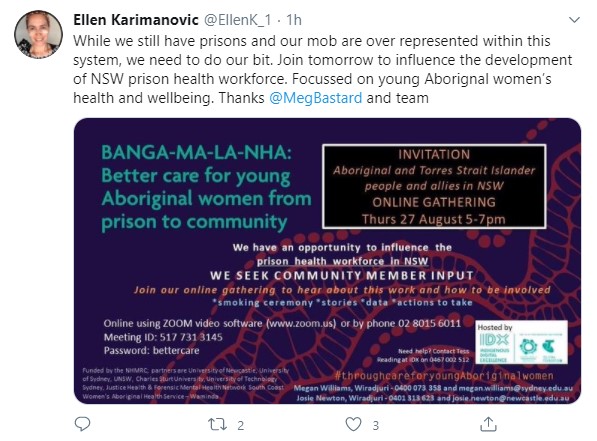 Croakey’s #JusticeCOVID series has also raised significant concerns about the impact of the pandemic on the welfare of prisoners in Australia and across the globe, with one article canvassing the idea that the pandemic may pave the way for prison reform.

In the article below, Professor Stephen Duckett and Will Mackey from the Grattan Institute write that – as we have seen in residential aged care facilities – prisoners and people living in overcrowded housing are at heightened risk of COVID-19. They say that  protecting the most vulnerable members of our community will help to protect us all.

Stephen Duckett and Will Mackey write:

Wherever it goes, COVID-19 shines a light on injustice and inequality embedded in each society and community it touches. The COVID pandemic has exposed just how vulnerable people in residential aged care facilities are to being infected. But two other groups don’t get the same policy attention: prisoners, and people in overcrowded housing.

The design and nature of prisons mean that people are in close proximity to each other, making social distancing impossible. Outbreaks are likely to spread quickly if COVID-19 infects some prisoners. The only way to slow this spread is to isolate, which is harder in older facilities, and keep prisoners in their cells for most or all of the day, or to make room for social distancing by releasing low-risk prisoners.

There have been major outbreaks of COVID-19 in prisons around the world. In the UK, health authorities put prisons into pre-emptive lockdowns after identifying the risk. All 80,000 prisoners in the UK remain locked in their cells for 23 hours a day, which has limited the spread to about 500 cases. Prisoners in the US have fared worse: there have been more than 70,000 cases, and 700 deaths, reported in prisons since April.

Prisoners tend to have poorer physical and mental health than the general population. One-third of prisoners in Australia have a chronic condition such as cancer, heart disease, diabetes, or asthma. The risk of outbreaks in prisons is starting to be realised in Australia. In Victoria at the end of July, six prisons were placed into lockdown – similar to that implemented in the UK – after a corrections officer tested positive to COVID-19.

The risk of incarceration, and so the risk of being exposed to COVID-19 in the prison system, doesn’t fall on all Australians equally. Aboriginal and Torres Strait Islander are enormously overrepresented in Australian prisons. Children as young as 10 – who are just as likely to contract COVID-19 as young adults – are imprisoned, unable to have visits from their family since March.

Immigration detention facilities – which are densely populated and require sharing of facilities – are also high risk for COVID-19 outbreaks. People in these facilities have also been without visitors since March.

Overcrowded housing has been shown in the US and Singapore to be a significant risk for the spread of COVID-19. Severe outbreaks in a public housing tower in Melbourne, where 11 percent of residents were infected with the virus, illustrated this risk in Australia.

There were 8,000 people living in public housing in Flemington and North Melbourne at the most recent Census (in 2016). A third of those were in homes that required more bedrooms. People who live in these public housing towers were the only Australians to be subjected to lockdowns without the option of leaving their accommodation for any reason. With no prior notice, in early July police placed at each floor of the towers to enforce the lockdown.

Overcrowded housing is not limited to public housing towers. Census data shows that about 1.5 million Australians live in homes with not enough bedrooms; 50,000 live in homes that need four or more bedrooms. Newly arrived migrants to Australian often room-share – where two or more adults not in a relationship share a bedroom.

People who live in overcrowded housing are more likely to work in jobs that require close physical proximity to others, such as retail and foodservices. Many of the same people who are unable to socially distance at home are also required to have close interactions with others during their working day or night. This creates a vicious cycle of COVID-19 transmission in the community.

The Victorian Department of Health identified that the outbreak continued because people were not self-isolating when they felt sick or were waiting for COVID-19 test results. But for some, skipping work isn’t an option. They don’t have the savings to miss their casual work hours. These people feel they have little choice but to continue working – and hoping that COVID-19 doesn’t head their way.

Australian governments have failed aged care residents during this pandemic – leading to unnecessary deaths – and they are failing prisoners and people who live in overcrowded housing. There have been no announcements of special programs to reduce the risks for people in these two vulnerable groups.

For prisoners, it might mean bringing forward parole a few months so that a custodial sentence doesn’t become a death sentence.

For people in overcrowded accommodation it might mean extending JobSeeker so that they can return to their previous living arrangements. It might mean more targeted testing programs in these neighbourhoods to catch outbreaks earlier, and information programs – in multiple languages – so poor people know about pandemic leave provisions.

The lesson from the tragedies of residential aged care is that governments must do much more to protect other vulnerable groups. Because in the fight against COVID-19, protecting the most vulnerable means protecting us all.

Stephen Duckett and Will Mackey are with the Health Team at Grattan Institute.