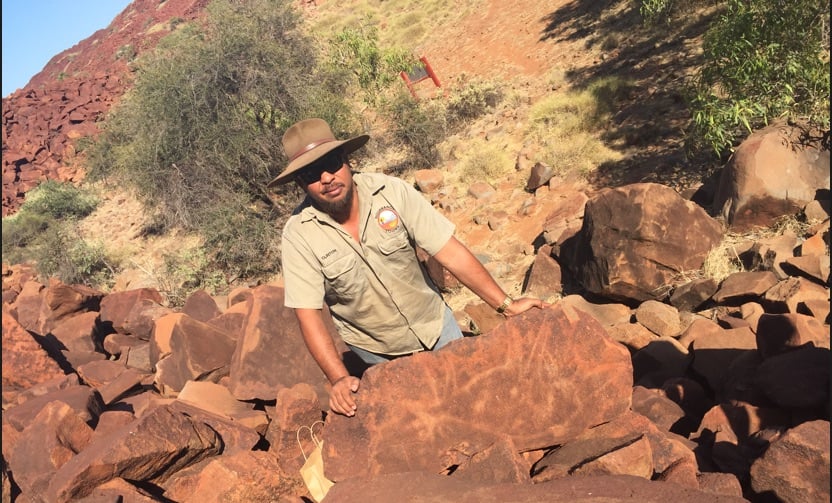 Clinton Walker: sharing stories from Murujuga in the Pilbara, WA

As these photographs suggest, Murujuga or the Burrup Peninsula in the Pilbara region of Western Australia is simply stunning.

Murujuga is thought to have the world’s highest concentration of engraved rock art or petroglyphs, and is a profoundly important place for the local Aboriginal people.

With #NAIDOC2016 celebrating “Songlines, The Living Narrative of our Nation” this week, it is timely to bring you this interview below with Clinton Walker, a Ngarluma and Yindjibarndi man.

It was broadcast from Murujuga, where many songlines begin, according to Clinton.

In the clip below, he talks about the importance of fostering connection to culture and country as part of efforts to reduce the over-incarceration of Aboriginal and Torres Strait Islander people.

Watch the interview, which was streamed live via the Periscope app last year as part of Croakey’s #JustJustice series. 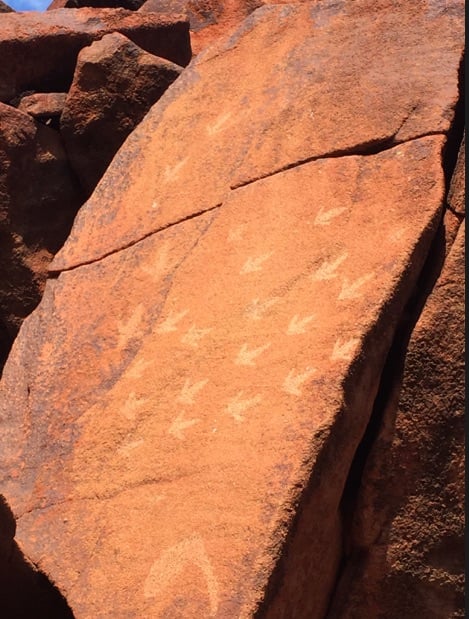 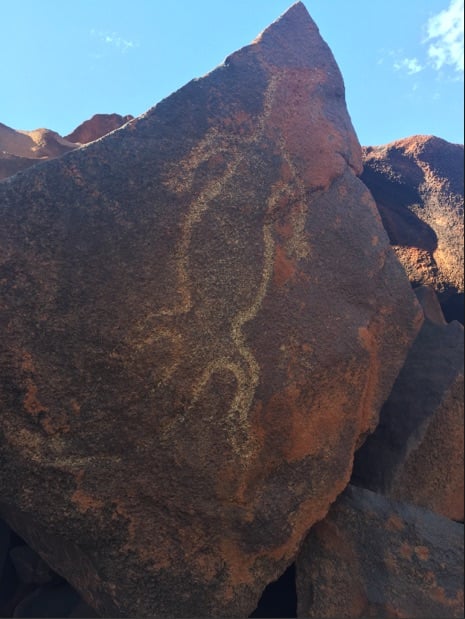 Clinton, a cultural tour guide, says the justice system should be reformed as too many Aboriginal people are being imprisoned for petty crimes and unpaid fines. 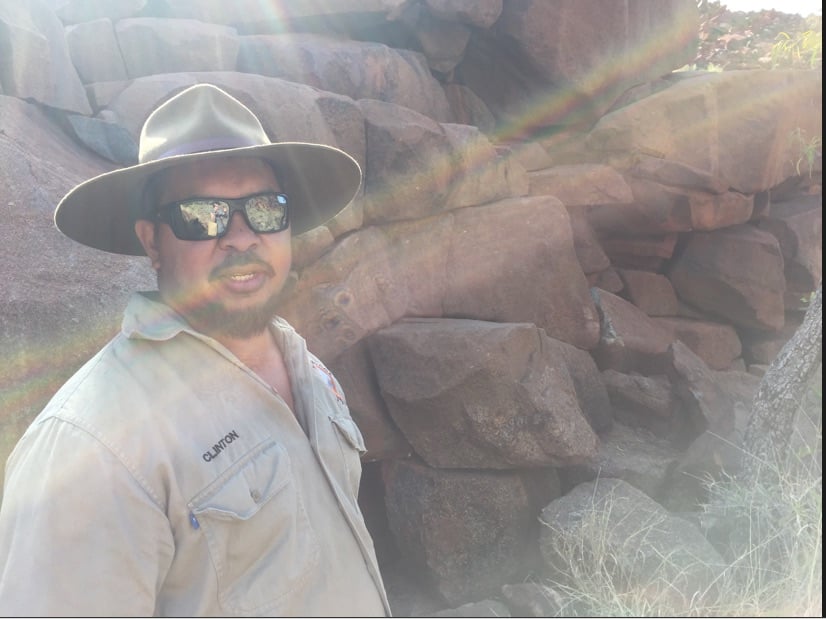 He would like to see prisoners being put to work on country, helping with weeding and maintenance. Policymakers need to visit communities to learn first-hand about the need for law reform, he says.

Clinton also speaks of the importance of strong leaders and Elders to help young people growing up to be respectful and to avoid destructive cycles.

He recommends a DVD, which many Croakey readers might appreciate, Exile and the Kingdom, which was made with people from the Roebourne area.

The people of Roebourne are “taking our community back”, he says, and have the solutions to the issues facing them.

“We are the people that know our own problems and we’re the only ones who can solve them. Because we’re the ones who understand them better than anybody else. It’s no good somebody in Canberra trying to fix our problems when it belongs to us. We’ve got to fix it ourselves…If you give us the means to do it, it will happen. That’s what’s happened in my community. We do still have problems, but a lot of those problems are disappearing.”

Meanwhile, today in Newcastle at the Australian and New Zealand Communication Association Conference (#ANZCA2016 – for those interested in the latest news in communications research), Summer May Finlay joined a panel speaking on Indigenous innovation in social media, and presented about the #JustJustice project.

And a snippet of other tweets from the session: 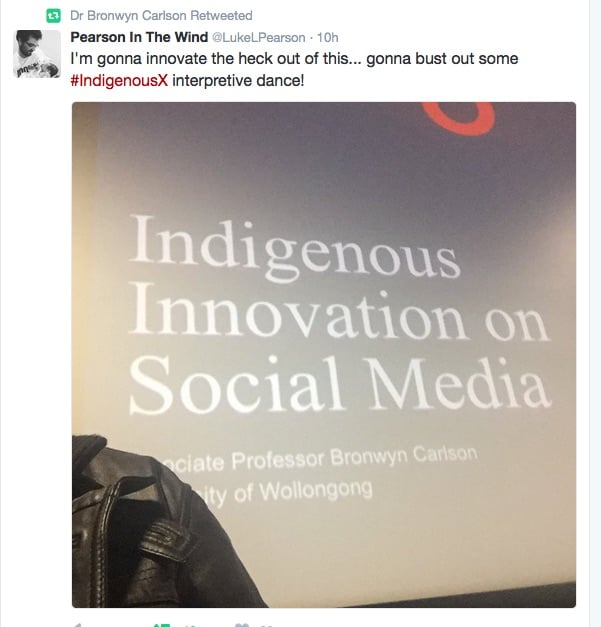 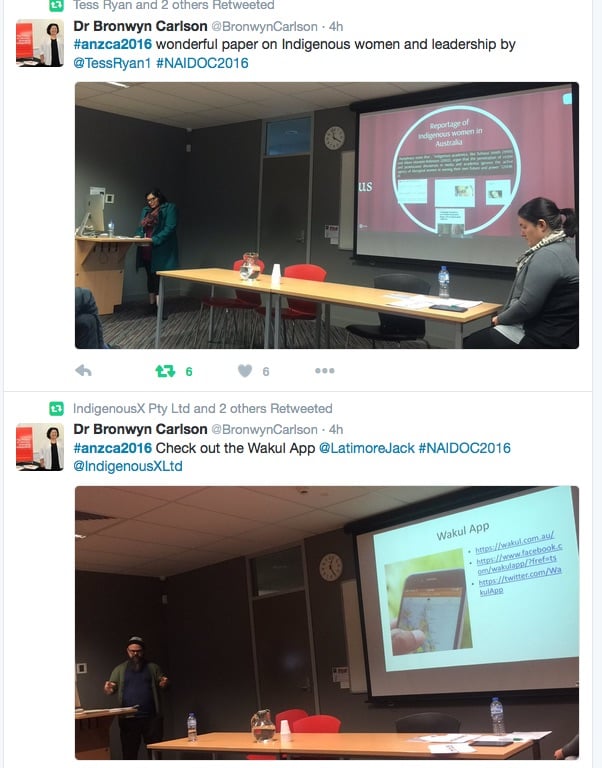