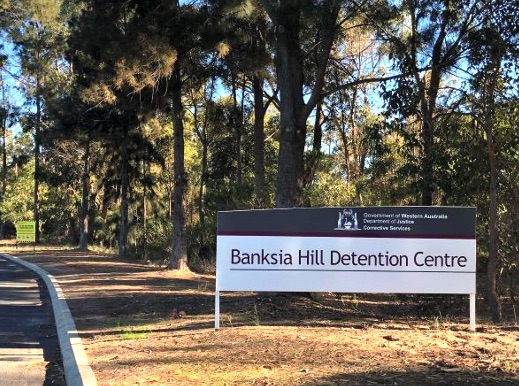 Calling STOP on the harmful, punitive detention of children

Introduction by Croakey: Young children are being held in traumatic, harmful conditions, equivalent to solitary confinement, in a Western Australian detention facility, reports Jade Bradford, a proud descendent of the Ballardong Noongar people and a freelance journalist in Western Australia.

The news comes as the Change the Record coalition protests moves by the Northern Territory Government to limit the compensation payable to children and adults in youth and adult detention centres who are mistreated, abused, falsely imprisoned or harmed while in these facilities.

“When children and adults are harmed in police and prison cells they should be entitled to the full dignity, protection and recourse of the law,” said Change the Record Co-Chair, Cheryl Axleby. “People do not lose their right to be treated humanely and decently because they have been arrested and this is precisely the type of dangerous attitudes that leads to Black deaths in custody, mistreatment and abuse.”

Hear more from Cheryl Axleby at a Croakey election webinar from 7pm AEST on Sunday, 15 May.

Reader warning: the following story mentions incidents where young people have attempted to take their own lives, self-harm or threaten to self-harm. If you or someone you know is struggling, please contact Lifeline: 13 11 14 or Beyond Blue: 1300 22 4636.

Violations of the human rights of young people detained in Banksia Hill Detention Centre’s Intensive Support Unit (ISU) in Western Australia have been documented in an inspection report.

Banksia Hill Detention Centre (BHDC) is a maximum-security facility that holds sentenced and unsentenced boys and girls from the ages of 10 to 18 and over. A report in 2020 found 74 percent of the centre’s detainees were First Nations young people.

Following an increasing number of critical incidents in the ISU, Inspector of Custodial Services, Eamon Ryan carried out an inspection of BHDC in December 2021.

The report, which was issued to the Department of Justice, found the physical and mental wellbeing of young people was not being supported. It provided evidence that young people forced into ISU were being exposed to conditions equivalent to solitary confinement.

The report focused on Standing Order 9a (SO9a), which enabled staff to place detainees in the ISU if they displayed inappropriate behaviour or were involved in critical incidents.

When under SO9a, detainees were entitled to at least one hour of exercise per day. However, the policy also gave custodial staff the power to regulate a detainee’s rights to time out of their cell depending on their behaviour.

These are violations of International Human Rights Rules, including Mandela Rules, Havana Rules and Beijing Rules. The Mandela and Beijing Rules require detainees be allowed at least two hours out of cell time. The Havana Rules prohibits young people being subjected to cruel, inhumane, or degrading treatment, including closed or solitary confinement.

The report also revealed there were inconsistencies in the recording of some of the young people’s time spent out of their cells. These inconsistencies uncovered a likelihood of recorded timings being inflated.

Inspection Report Recommendation 1: Re-introduce explicit minimum out of cell requirements for detainees in the ISU on a Personal Support Plan.

Consequently, the department is no longer held accountable to providing any explicit amount of out of cell hours to detainees.

The report detailed increases in critical incidents involving young people attempting to take their own lives, self-harming or making threats to self-harm.

To end the cycle of critical incidents, it was recommended that additional, non-custodial, welfare-focused staff be provided inside the ISU and Cue Unit (a smaller, less volatile observation unit).

Due to staff shortages, on many occasions a young person’s time spent out of their cell did not include exercise in the yard or any meaningful interactions with their peers. Instead, ‘time out of cell’ included meetings with official visitors, cleaning their cells and showering.

It was found that cells were often in poor condition and were not suitable for unwell detainees. The B-wing cells at BHDC do not comply with Australian prison standards, which require cells to provide at least 8.75m2 of space.

The report highlighted a need for a more trauma-informed model of care approach with better support solutions that extend beyond a young person’s time inside BHDC.

After a copy of the preliminary report was issued, the department admitted the environment in the ISU was not therapeutic and that not enough exercise yards were provided.

A day before the report was due to be released, the WA Government announced it was investing $25.1 million towards improving conditions at BHDC.

Georgatos, who is currently campaigning with the Social Justice Independents as a candidate for the Senate, also founded the National Suicide Prevention and Trauma Recovery Project, which is operated through donations and volunteers, providing inreach and outreach services to community members who are at risk.

Describing the funding announcement as diabolical, Georgatos said it was an attempt to deflect criticism.

“We have young ones in the last several years who have taken their own lives post Banksia because there is no hope on the horizon.”

“It (solitary confinement) is cruel, amounts to torture under international law, and can have long lasting impacts on a child’s mental health and wellbeing,” she said.

“Every day the government fails to fulfil its duty of care we risk children being seriously harmed.

“We urge the Western Australian Government to take this crisis seriously, to raise the minimum age of criminal responsibility to at least 14 years old, and to invest in community-driven solutions to support our kids instead of locking them away.”

See Croakey’s archive of stories on justice and health

Register for this election webinar putting the spotlight on health, justice and the media, from 7-8pm AEST on Sunday, 15 May

Hear from Cheryl Axleby, Co-Chair of Change the Record 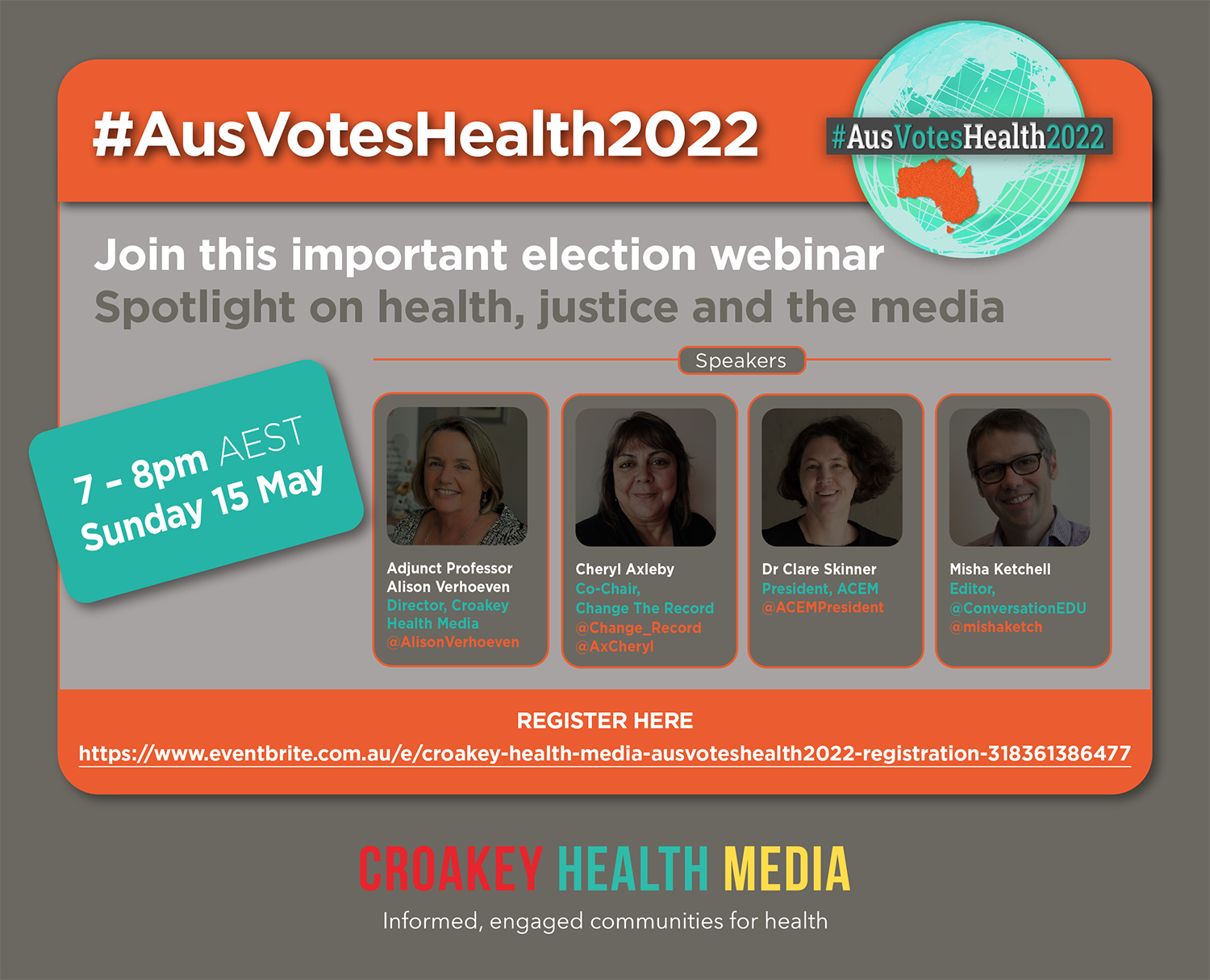