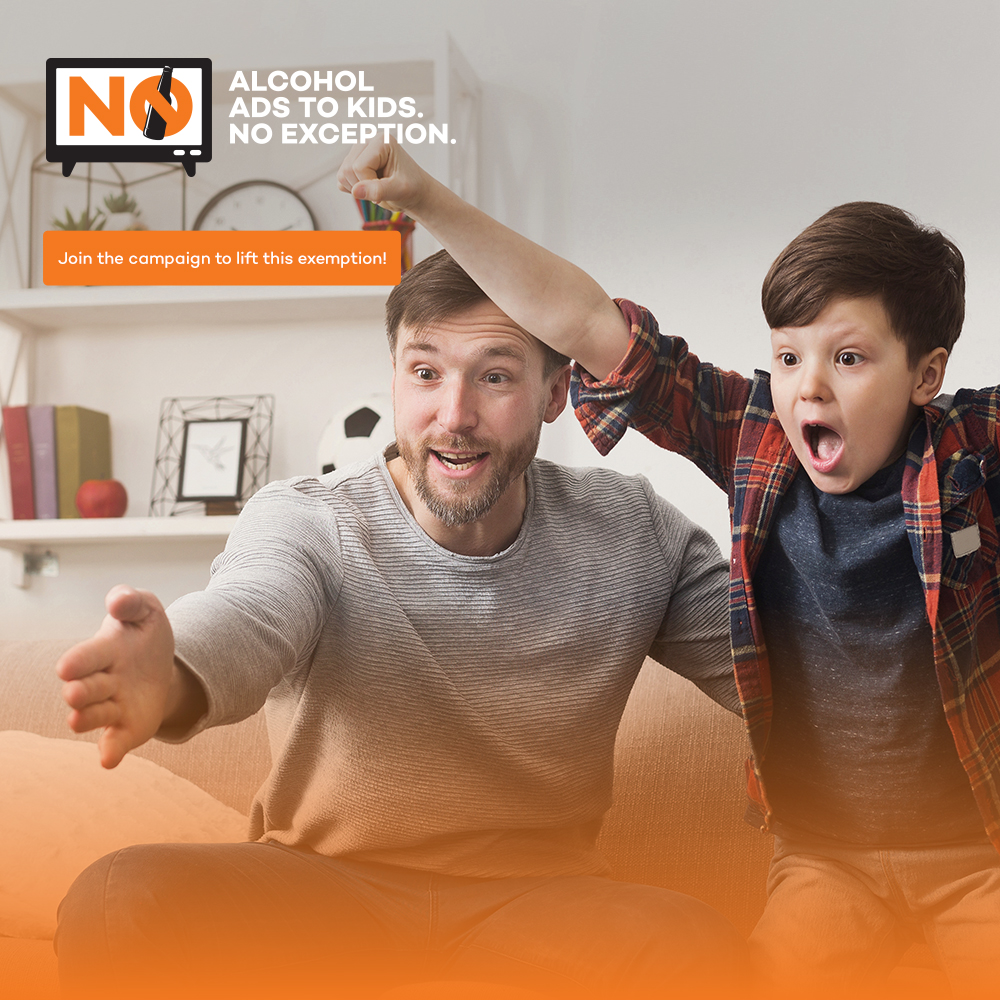 There are few summer pastimes more Australian than sitting down to watch the sport, but are our kids absorbing more than the scores?

The Foundation for Alcohol Research and Education,  FARE Australia, is curating @WePublicHealth this week, with a focus on their new No Alcohol Ads to Kids, No Exception campaign to end the sports exemption on alcohol advertising.

In this piece for Croakey, FARE chief executive Michael Thorn argues it’s time to blow the final whistle on alcohol advertising in sports, presenting a new report showing a link between liquor marketing and risky drinking by adolescents.

Managing screen-time is high on the list of responsibilities for raising healthy, happy youngsters and teens.

For parents, managing screen-time means keeping a close eye on whether content is age-appropriate and if not, taking steps to keep their children out of harm’s way – possibly amid bouts of complaining and much negotiation. It’s a big deal for families, dawn to dusk.

With that in mind, let’s scale up to the giant screen of live, national TV sports broadcasts — highly anticipated fixtures like the Australian Open and the cricket Tests — which see families, young and old, across Australia, glued to the box with the air-con turned up high.

Picture the scene: you’re enjoying the refreshingly witty sledging by the new Aussie cricket captain (if not the Indian run rate) while the young ones are paying close attention to ‘Snicko’… is he out or not?

But beware, the children are also noticing the brands that adorn the big screen, and have become a feature of sports broadcasting.

Expose kids to sixes, not six-packs.?
Kids are protected against #alcohol ads on TV. Except during sport.
Help lift the unjust exemption: https://t.co/60rFjk7cTQ
#NoException pic.twitter.com/6IXZIE75MR

‘Sports exemption’ and the omnipresence of alcohol

I don’t mean moderating the howling scorn and derision hurled at the umpire by armchair critics, but the alcohol advertising that aims to bedazzle sports-loving viewers of all ages, particularly younger ones.

Whether it’s hours of uninterrupted cricket, a gruelling tennis grudge match, or a game of football, children are bombarded with memorable, influential advertisements. Does ‘summer beer’ and Eugene losing his wallet ring any bells?

What’s wrong with this? We live in a thriving market economy where sport and sports entertainment is part of our lifestyle.

What immediately fouls this scene of happy first-world living is the ‘sports exemption’ that crept into Australian advertising policy decades ago, trampling sensible protections against marketing harmful products to kids during viewing hours.

Alcohol ads are a constant presence in TV sports coverage.

Last October, when the national End Alcohol Advertising in Sport campaign was launched, we released a report on the outrageous prevalence of alcohol ads during the football grand finals.

Youngsters idolise their sports heroes and are vulnerable to the relentless association between alcohol and the players that they worship. By associating alcohol products with high-profile players and codes, the alcohol companies are grooming potential new drinkers, literally and legally.

Expose kids to tennis. Not tinnies.?
Kids are protected against #alcohol ads on TV. Except during sport.
Help lift the exemption: https://t.co/vbrl7Fpfaz#NoException pic.twitter.com/vVXy38J3oa

Researchers have proven that exposure to TV alcohol advertising encourages young people to commence drinking earlier and to binge drink more often, which increases risks of short and longer-term harm.

What to do, and how to do it?  This is not fair. We need to stop perpetuating a positive association between alcohol and sporting heroes.

The sports exemption is adored and abused by alcohol marketers in equal measure, with half of all alcohol advertising being shown during the broadcast of live sporting events, when millions of young Australians are watching.

An estimated cumulative audience of 27 million Australian children and adolescents watch Australia’s major televised sporting codes – AFL, Cricket and NRL – exposing them to 51 million instances of alcohol advertising, with nearly half (47%) of these broadcast during daytime programming (6am-8.30pm).

The alcohol industry claims that their advertising is intended to encourage existing drinkers of legal drinking age to switch products. Yet the industry’s own documents reveal brands have used market research data on 15 and 16-year-olds to guide campaign development, target their products and pay for advertising to recruit new drinkers.

At a time when the credibility of our major sporting codes is under siege, helping abolish the exemption so that children are not exposed to alcohol advertising would go a long way towards restoring the faith of Australians.

With nine in 10 people condemning the practice of exposing children to alcohol advertising this is an achievable policy correction that would reduce the risk of harm to young Australians.

Find out more about our new ‘NO ALCOHOL ADS TO KIDS. NO EXCEPTION’ campaign and how you can get involved at http://noexception.org.au.

Michael Thorn is chief executive of FARE Australia, the Foundation for Alcohol Research and Education