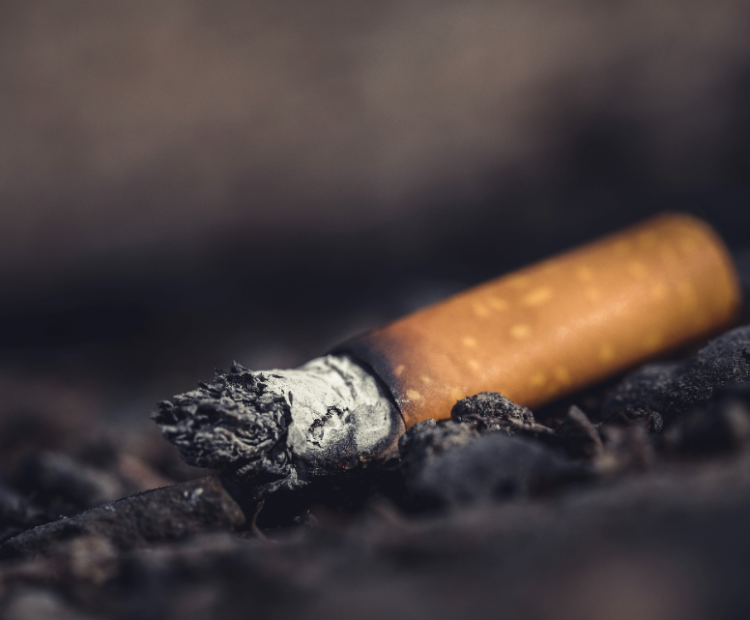 Nearly 150 global public health organisations have published an open letter today to mark World No Tobacco Day, calling on governments to phase out commercial cigarette sales and treat them like “other equally dangerous products” such as asbestos, and leaded paint and petrol.

They quote the Danish Institute for Human Rights as saying “tobacco is deeply harmful to human health, and there can be no doubt that the production and marketing of tobacco is irreconcilable with the human right to health.”

AMA President Dr Omar Khorshid said public health initiatives which had put Australia at the forefront of smoking reform were at risk, with the tobacco industry using its “economic power, lobbying and manipulation of the media to discredit research and influence governments to minimise restrictions on the marketing and availability of tobacco”.

“They aggressively oppose all effective tobacco control policies, such as curbs on advertising, graphic health warnings, increases in tobacco tax, and plain packaging,” Khorshid said, adding that the industry is currently spending millions of dollars to persuade politicians to support the introduction of nicotine e-cigarettes.

The AMA and ACOSH called out the National Retail Association for having consistently promoted the policy position of the tobacco industry to make nicotine e-cigarettes available as an ordinary consumer item. That’s amid AMA concerns about the uptake of e-cigarettes among young Australians, given clear evidence that young people who use vaping products are much more likely to go on to smoke tobacco.

The AMA and ACOSH are calling on Health Minister Greg Hunt to run “a new hard-hitting national mass-media, anti-smoking campaign” during this parliamentary term, as well as: 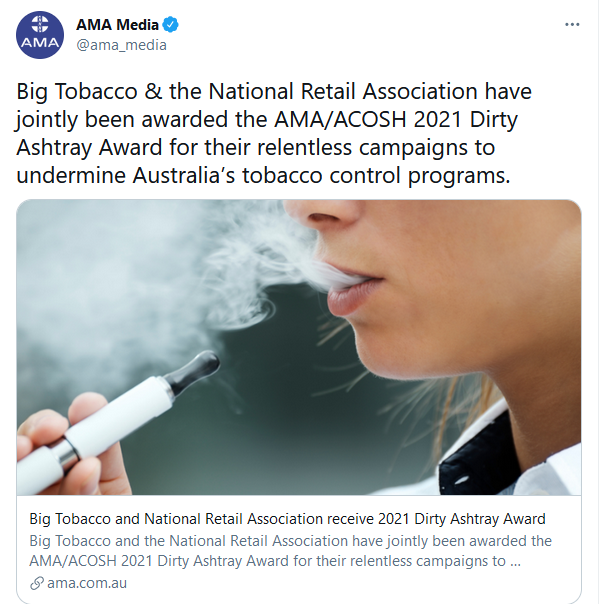 Look to New Zealand for action

Australian signatories to the global letter on tobacco control, published for World No Tobacco Day by the international alliance, Action on Smoking and Health (ASH) have also called for stronger action in Australia.

Menzies School of Health Research and The University of Queensland School of Public Health said in a statement accompanying the letter that it’s time to beginning planning “for a world after tobacco”.

It includes banning filters (a major cause of plastic pollution), drastically reducing the number of outlets allowed to sell tobacco and reducing nicotine content in cigarettes to non-addictive levels, Hefler said.

The proposal also includes a plan to phase out sales through a smoke-free generation strategy, which would see the legal purchase age of cigarettes increase annually so that people born after a certain year will never be legally sold cigarettes.

If New Zealand implements these proposals, it will join other international jurisdictions which recently took steps to end cigarette sales, including several city councils in the United States, and the Netherlands which is phasing out sales from supermarkets and petrol stations from 2024, she said.

University of Queensland School of Public Health Associate Professor Coral Gartner said that, as smoking continues to decline in Australia, inevitable impacts on retailers and government tax revenue will be felt.

“Both retailers and government need to prepare for a future which doesn’t rely on people continuing to use a lethal product to generate revenue,” she said.

“Having a clear end date to plan for this is important for everyone.”

Gartner said Australia’s draft National Preventive Health Strategy includes an “ambitious” target to slash smoking to less than five per cent of the population by 2030, but that is “ unlikely to be achieved without strategies that go beyond ‘business as usual’”.

Action on an “industrially-produced pandemic”

The lessons learned in 2020 from the bold actions taken to address the COVID-19 pandemic provide an opportunity to consider equally bold actions that will be required to tackle other global health pandemics.

The undersigned organizations from around the world find that the ongoing suffering and death caused by the tobacco pandemic require similar decisive actions. Governments should commit to work towards phasing out sales of combustible tobacco products.

It has been 70 years since publication of the landmark studies showing definitively that cigarettes caused deadly lung cancer. When those first studies emerged in the 1950s, a world free of combustible tobacco products was inconceivable.

The COVID-19 pandemic has shown that governments do have the capacity to respond to a major threat to global health. Governments’ priorities must change so that they emphasize protecting the health, equity and well-being of their people. Today, a world in which combustible tobacco is no longer sold as a legitimate commercial product is within reach.

There exists a human rights duty to phase out combustible tobacco product sales. The Danish Institute for Human Rights correctly concluded after examining Philip Morris International’s supply chain for human rights compliance: “tobacco is deeply harmful to human health, and there can be no doubt that the production and marketing of tobacco is irreconcilable with the human right to health.”

The tobacco industry has utterly and repeatedly failed to uphold the basic obligation of any reputable business: to not sell products that cause great harm when used as intended. When the human rights of citizens are violated by corporations, governments have a duty to stop them. Ending combustible tobacco sales is essential to addressing health inequalities and promoting healthy human and economic development for future generations.

The vision to end the combustible tobacco epidemic is not new. Several countries have set themselves on a path to end smoking within a generation.

Dutch lawmakers have passed laws aimed towards phasing out cigarette sales. As organizations concerned with advancing health, we urge all governments to set a deadline for phasing out sales of combustible tobacco products and to engage in a comprehensive planning process for achieving that goal. 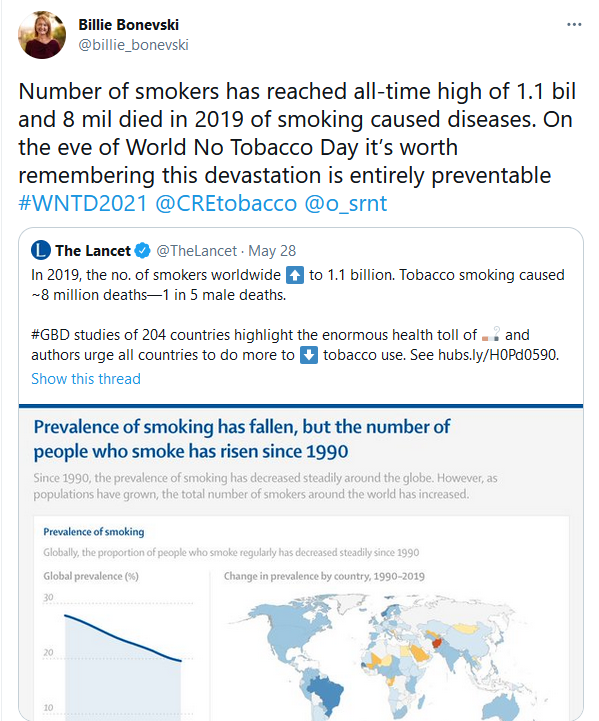 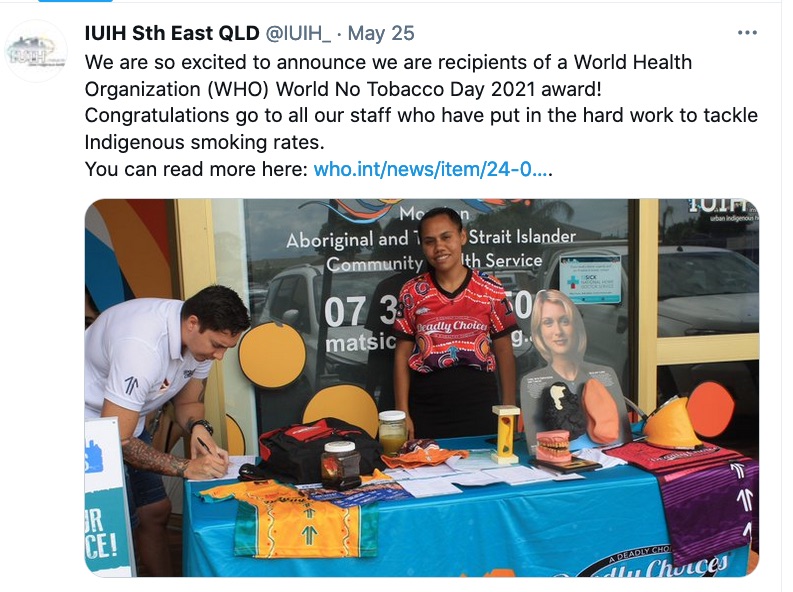 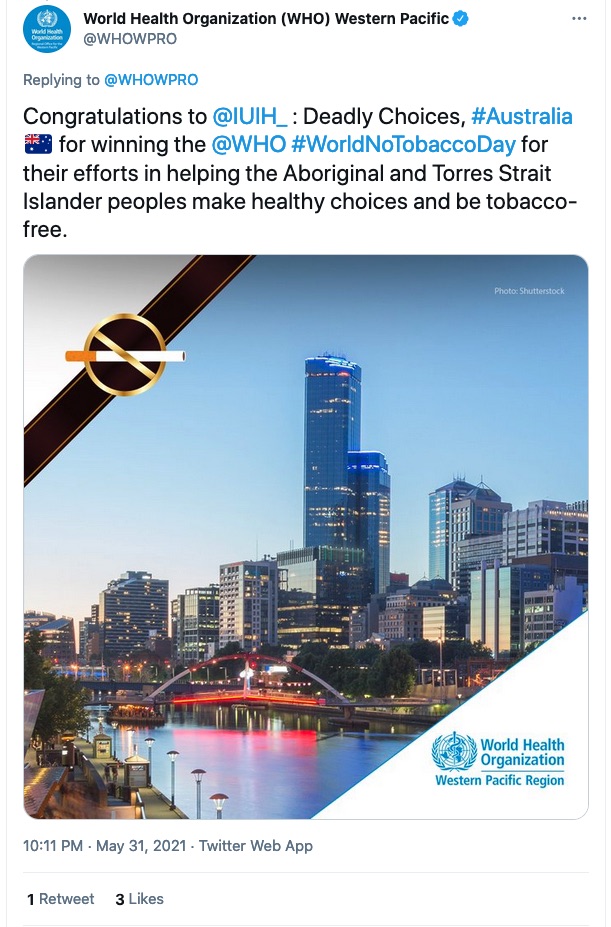 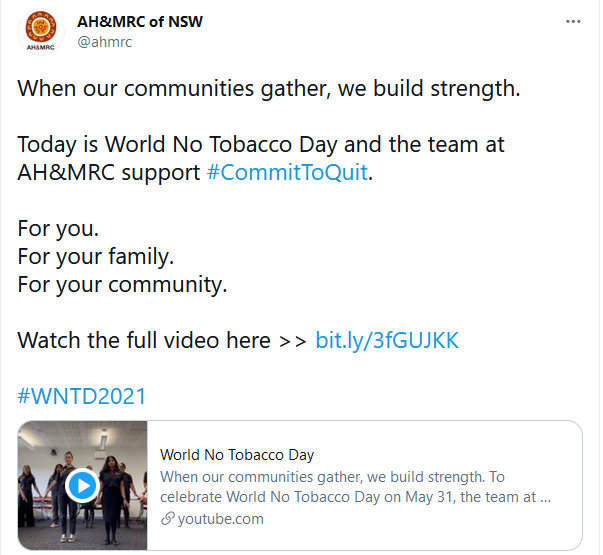 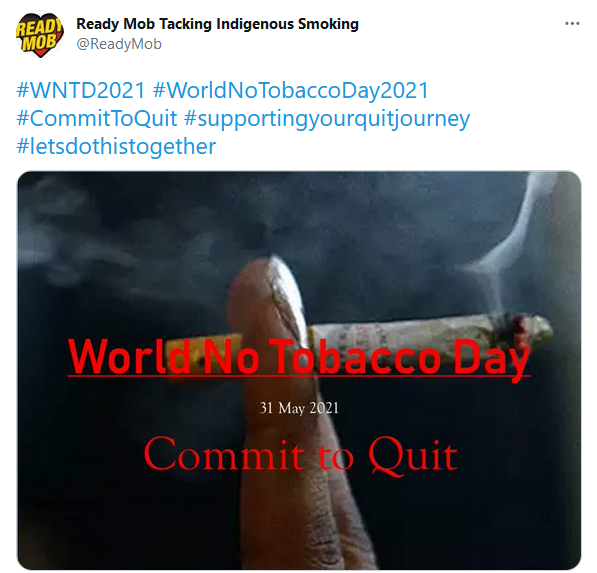 PrevPreviousA time for all Australians to come together and commit to healing the nation
NextBack to the Fire – with truth-telling, culture and connectionsNext