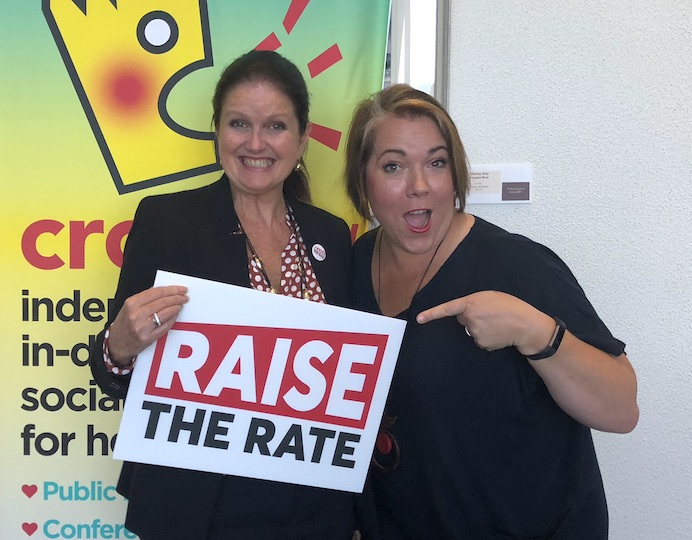 The Federal Government has executed a post-Budget backflip to include Newstart recipients in a one-off payment towards power bills for welfare recipients.

However, the Government failed again in last night’s budget to increase the Newstart payment to unemployed people.

That continued failure, now in 25 consecutive budgets, is a key contributor to poor health and health inequalities, the national rural health conference was told last week.

The National Rural Health Alliance is now considering whether to throw its weight behind the high-profile #RaiseTheRate campaign.

Melissa Sweet is covering the 15th National Rural Health Conference, which was held in nipaluna/Hobart from 24-27 March, for the Croakey Conference News Service.

A toxic combination of bad policies, bad economics and bad politics is contributing to poverty and health inequalities that are especially harmful for rural, regional and remote communities, according to a leading social justice advocate.

In a keynote address to the recent National Rural Health Conference, Cassandra Goldie, CEO of the Australian Council of Social Service (ACOSS), said that “social injustice is killing people on a grand scale” around the world, including in Australia.

Goldie said increasing the Newstart allowance was the single most important step that could be taken to address poverty and health inequalities in Australia, and urged conference delegates to support the RaiseTheRate campaign.

The National Rural Health Alliance, which represents 41 organisations, is now considering whether to sign up to the campaign, which is supported by leaders in business and philanthropy and some in the health sector, including the Australian Healthcare Reform Alliance, the Consumers Health Forum of Australia, and cohealth.

Goldie said Australia, which was now the wealthiest country in the world and yet had three million people living below the poverty line, could “absolutely afford” to raise Newstart, the youth allowance and the minimum wage.

“Newstart is less than $15,000 per annum,” she said. “So there is absolutely no question that the most immediate and urgent thing that needs to be done is lift Newstart.”

Increasing the Newstart allowance would benefit the health and wellbeing of people living in rural, regional and remote communities, and also boost local economies, she said.

Goldie’s presentation came as Townsville Council in north Queensland endorsed the #RaiseTheRate campaign, with an ACOSS analysis suggesting that raising Newstart by $75 a week would generate an extra $35.57 million for the Townsville economy in the first year.

Goldie urged conference delegates to oppose further tax cuts, which were subsequently announced in the Budget and found by modelling to disadvantage people in regional Australia.

She said that fiscal, taxation and social policies had combined in recent years to increase both poverty and extreme wealth, with low income women and their children carrying the biggest burden:

The really nasty increase in poverty rates has been amongst single parent families, mostly single mothers and their children.

If you are currently a single parent not participating in paid work and you are on Newstart, 60 percent of you are living below the poverty line.”

If you look at all the children in the care of single parent families, 40 percent of those children are living in poverty today, in this country; it is an absolute, shameful disgrace…

The pursuit of a surplus, the cutting away of the social safety net, under the guise of needing to restore the budget to surplus, has meant that predominantly those that have gained over the last decade have been wealthy men, and those that have paid the price, it’s been done off the back of low income women and their children, and I don’t think we should mask that fact any more.”

Goldie also launched the ACOSS election health policy at the conference, which includes a call for a $3 billion investment in health promotion, prevention and community-based health services, to be partially funded by a social tax on sugary drinks and alcohol. (This is another area where the Federal Budget was silent, with many health groups noting the lack of investment in public health and prevention).

Some conference delegates applauded when Goldie said that ACOSS also was calling for abolition of the private health insurance rebate, with the $6 billion annual savings to be re-invested in public health, including to ensure better access to dental care.

Goldie said the recent NSW election showed a growing scepticism in rural areas about the policies of the major political parties.

The community sees the choices being made and wants a different picture, a community that is based on love, care and really good policy.

This is absolutely a time for the voice of people from regional areas to really lift up.”

Goldie’s presentation resonated with a strong focus throughout the conference on the social determinants of health, poverty and inequality.

In a joint interview with Goldie, the chair of the NRHA, Tanya Lehmann, said the Alliance strongly supported the need to improve access to services and to tackle poverty and other social determinants of health. (Watch the interview below.)

Professor Jenny May, chair of the conference recommendations committee, said a strong theme emerging from delegates was the importance of addressing the social determinants of health, and looking beyond health services for ways to promote wellness.

The other consistent theme was that rural communities are very concerned about the effect of climate change,” May said in an interview.

“That is having impacts upon what they do and the quality of their lives.”

May urged politicians from across the spectrum to make a long-term commitment to addressing inequality.

The things we are calling for are long term, need both sides of politics to be involved.

How do we feel about the fact some Australians live in such abject poverty that they have completely avoidable health problems?

I’m exhorting all politicians to having a very long-range view to making Australia more equal.”

(This article was updated on 4 April.) 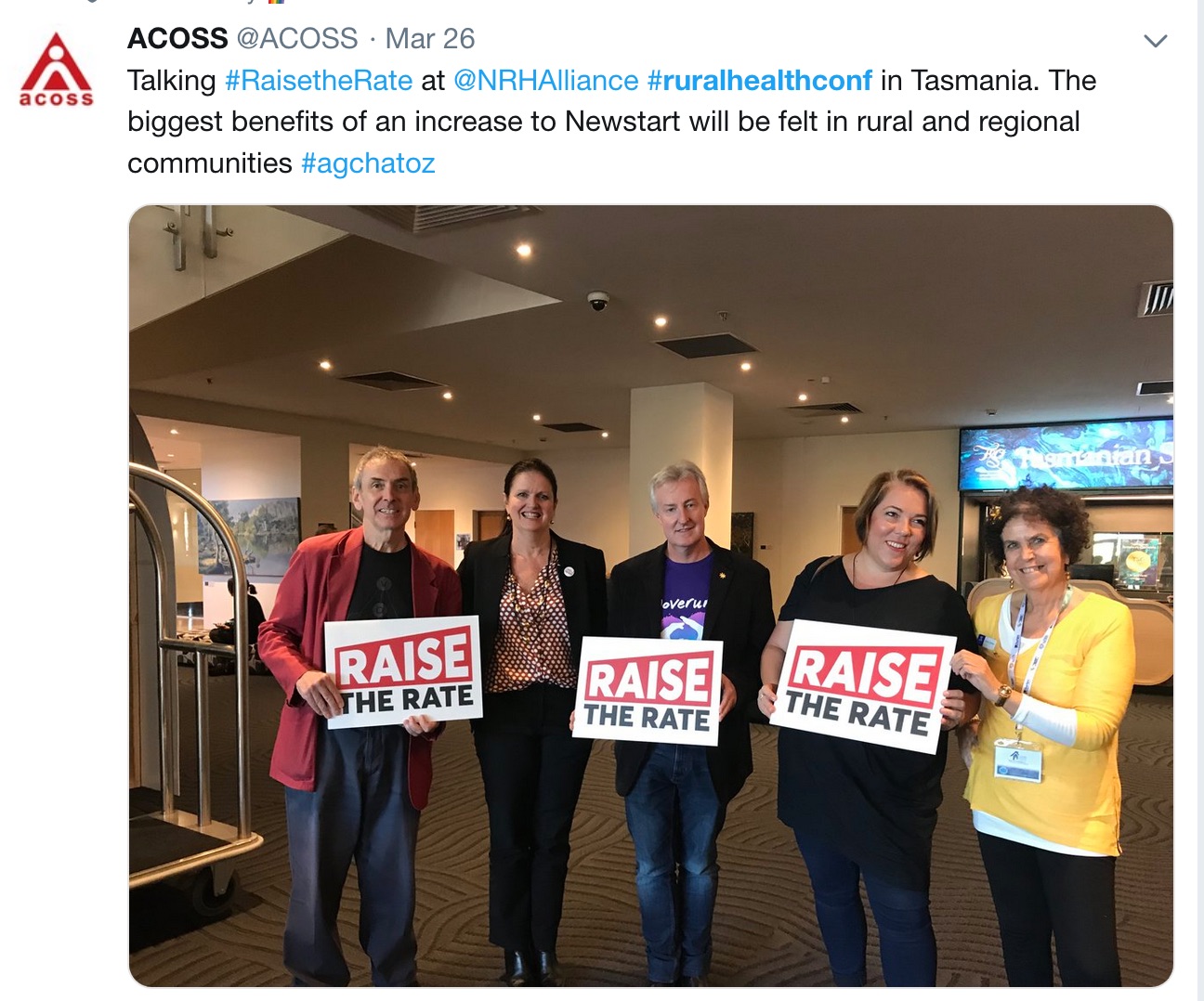 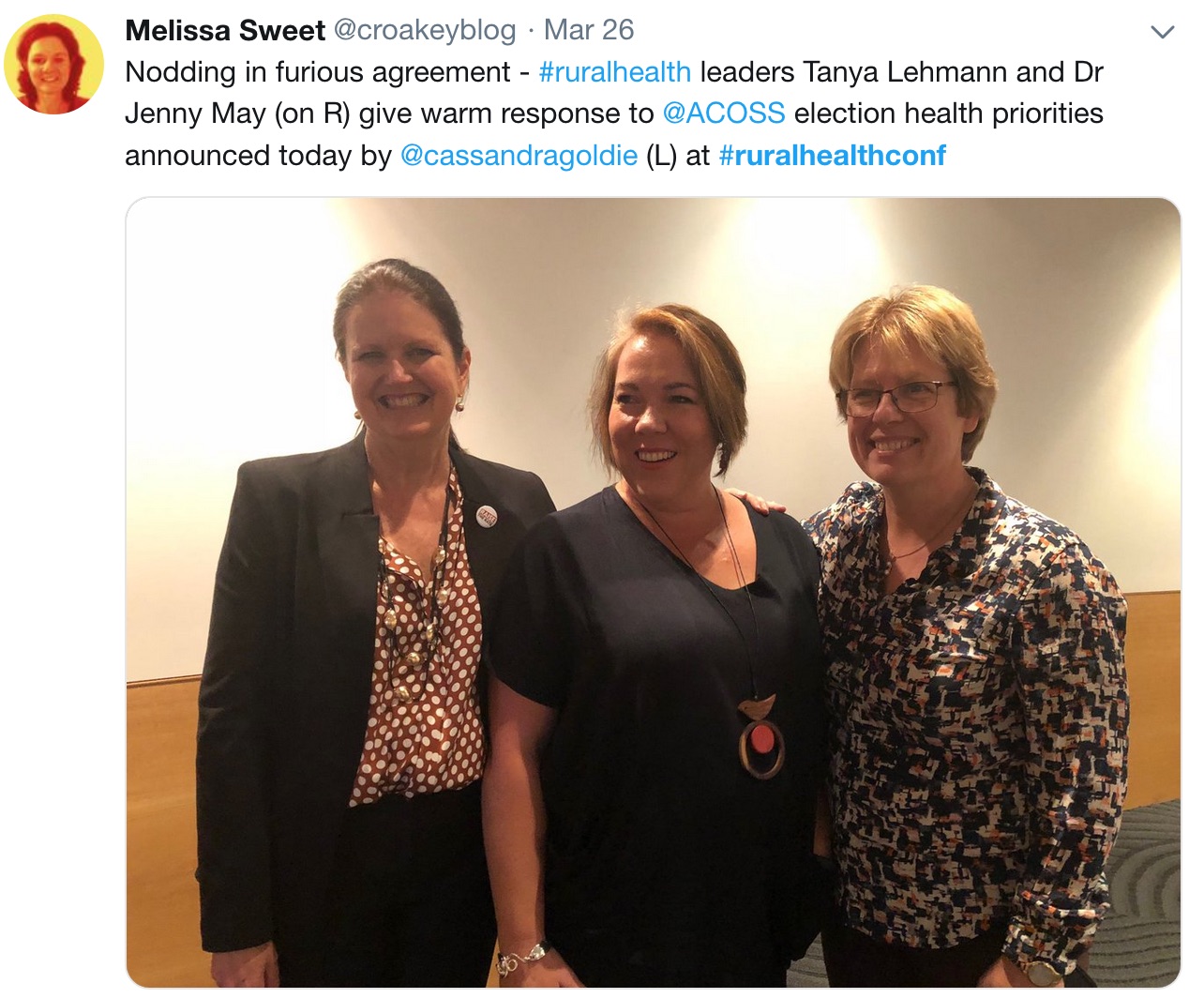 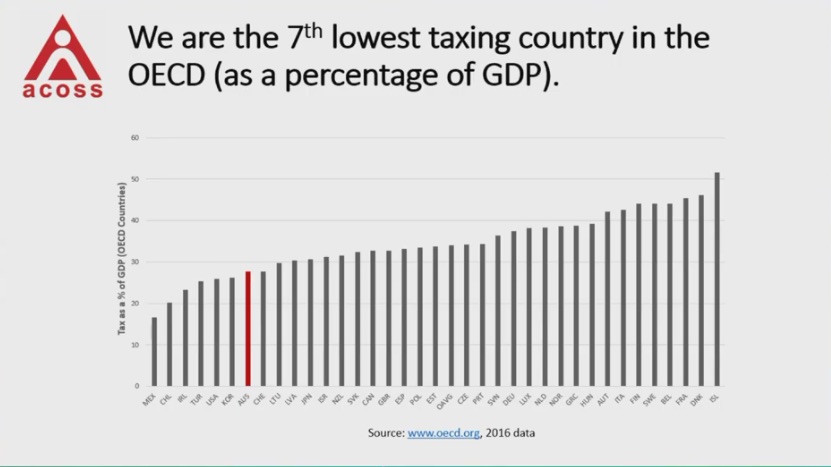 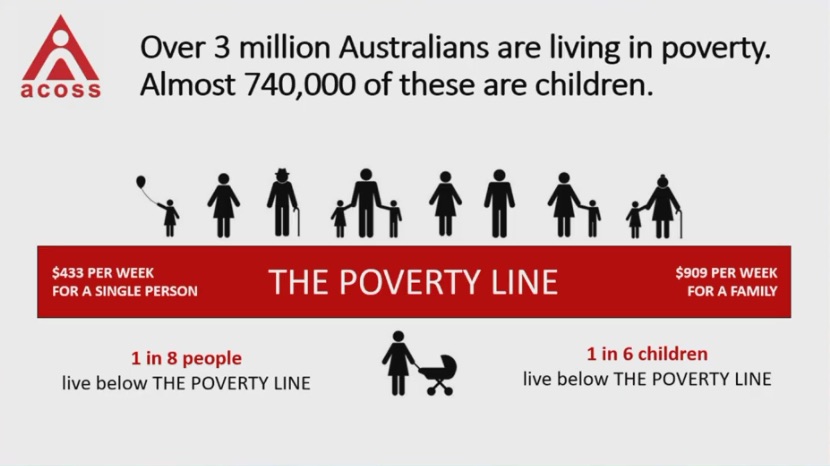 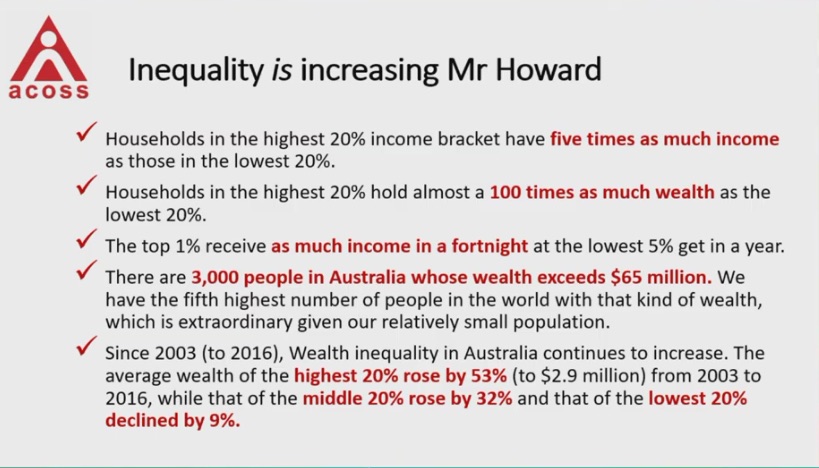 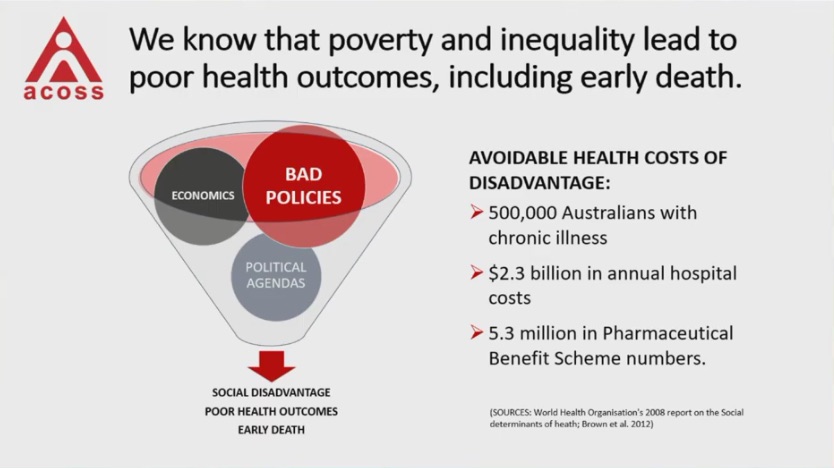 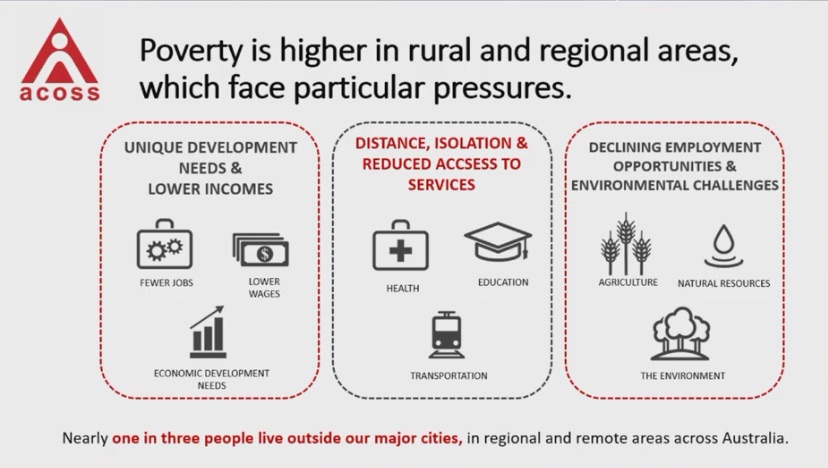 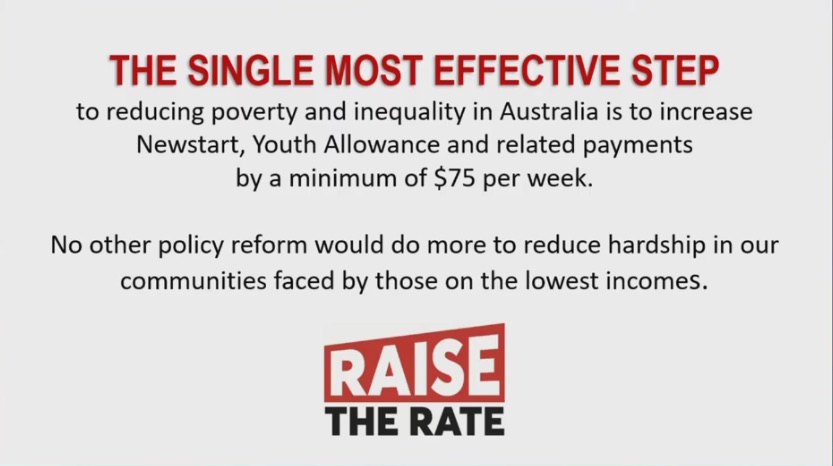 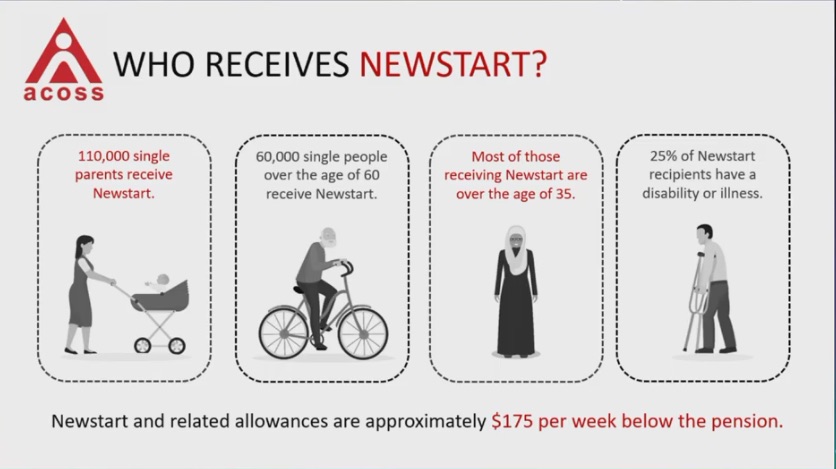 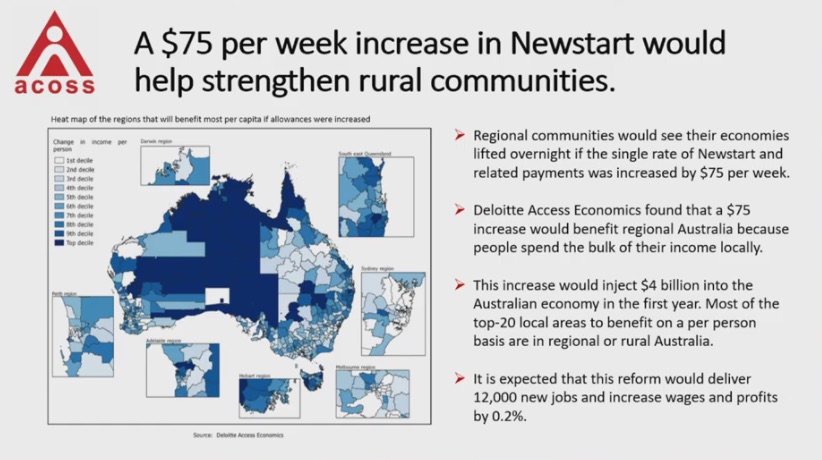 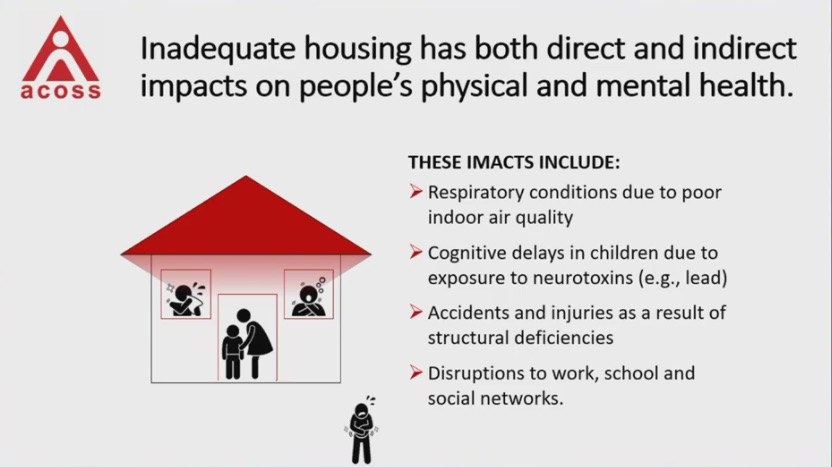 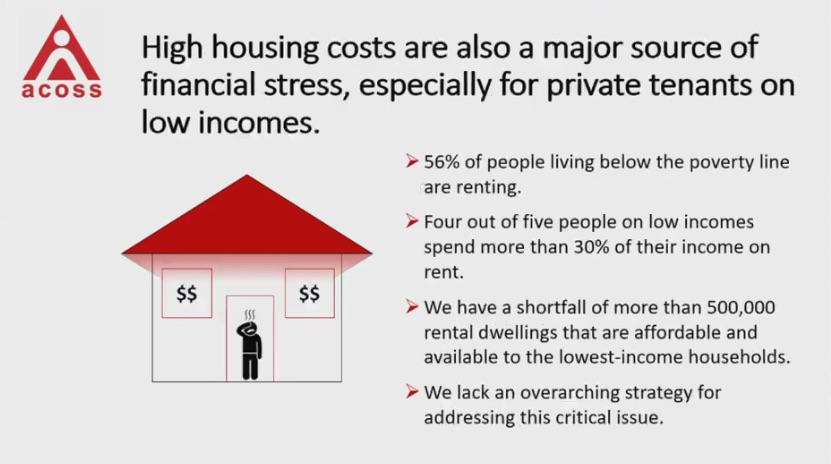 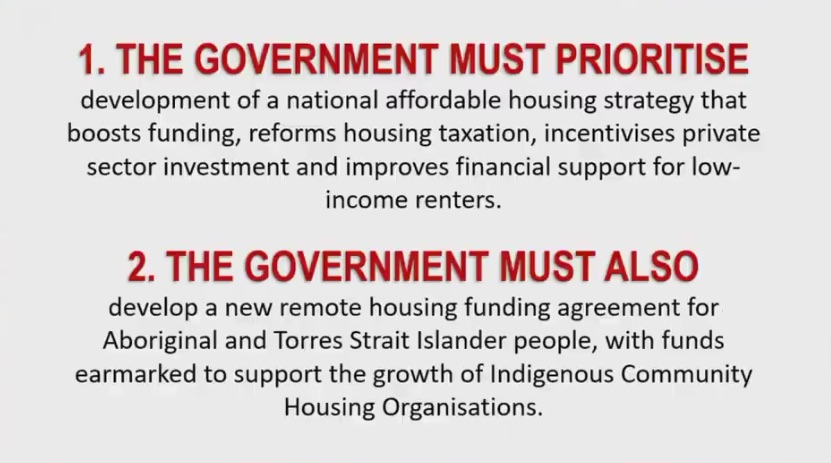 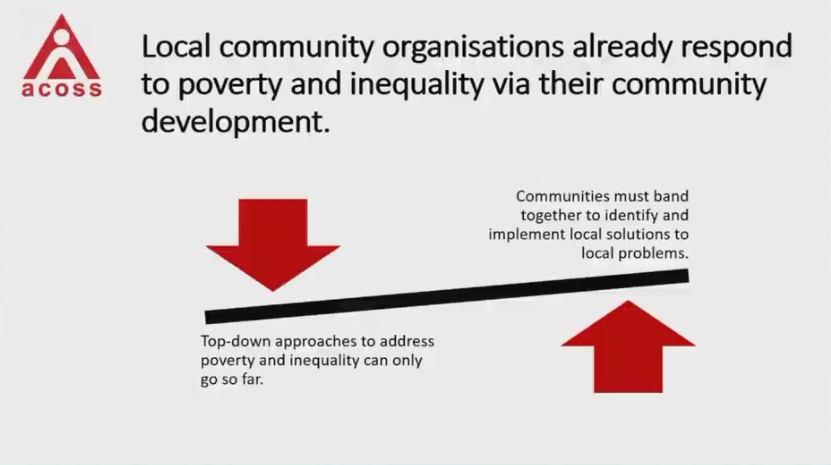 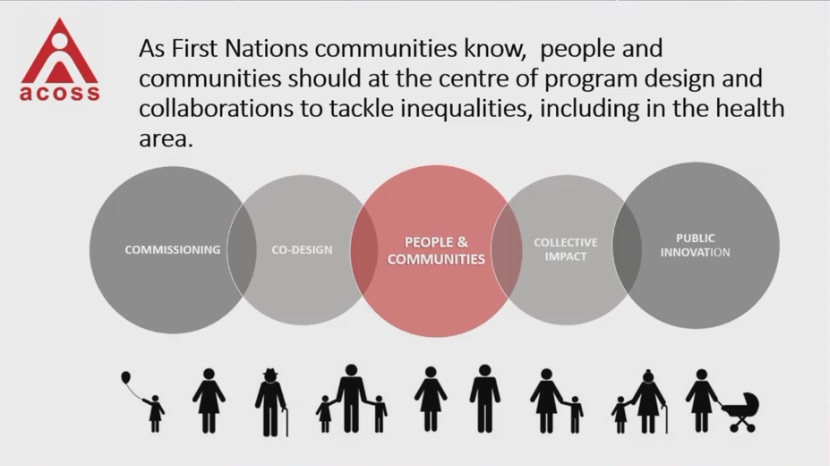 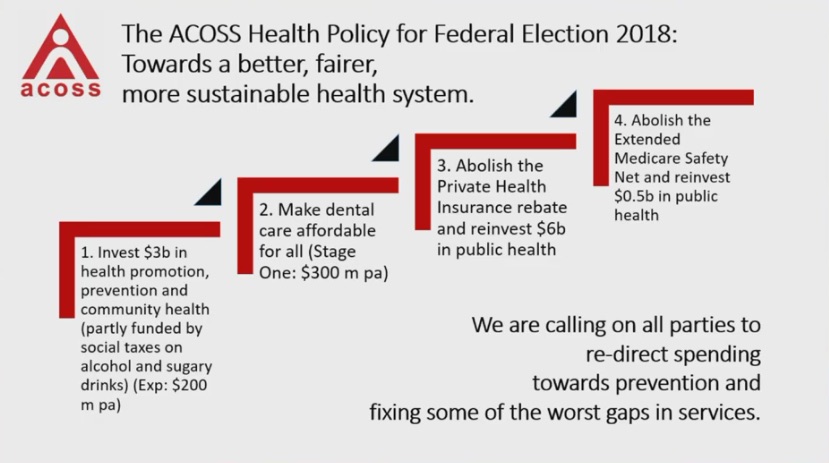 Watch: Professor Jenny May, calling for action on SDOH

Bookmark stories from the conference here.

PrevPreviousBudget 2019/20 – Responses from Aboriginal and Torres Strait Islander groups
Next“Research is a political act of our sovereignty”: Knowledge translation in actionNext