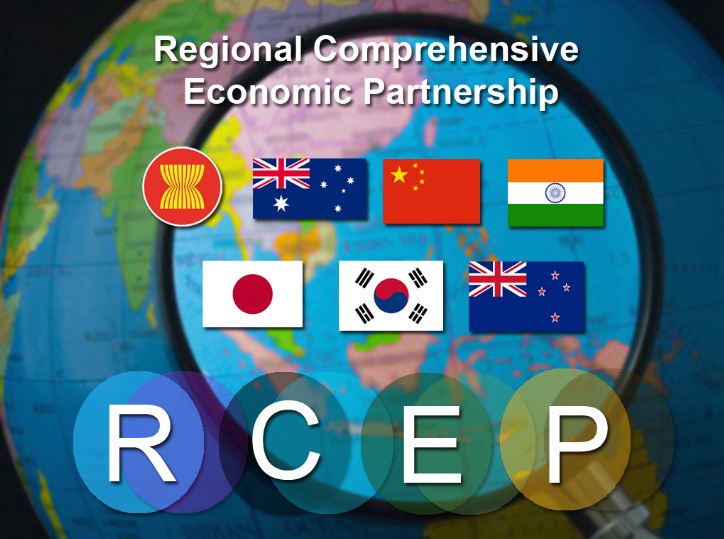 The Australian Government has been urged to publish the text of massive new trade agreement under negotiation in Melbourne this week, amid concerns about its implications for public health, human rights and the environment.

Meanwhile, a public forum will be held from 6.30pm on Monday July 1 at the Melbourne Trades Hall, followed by a lunchtime rally outside the Melbourne Convention Centre on Tuesday July 2.

Trade negotiators from 16 countries are gathering in Melbourne this week (28 June – 3 July) to discuss an obscure trade agreement that will ultimately affect 3.5 billion people in the Asia-Pacific, including Australia – the Regional Comprehensive Economic Partnership (RCEP).

Early signs suggested the treaty could pose serious risks to health, but after more than six years and 25 negotiating rounds, we still know virtually nothing about its proposed legal rules. Current practice is that the text is not published until after it is signed, and there are no independent assessments of its health or other impacts.

One of the main concerns for health is the potential impact of the RCEP on access to affordable medicines in the region.

Early in the negotiations, leaked texts indicated that Japan and South Korea had proposed rules for the RCEP intellectual property chapter that would extend and expand monopolies on new medicines in countries like Cambodia, Indonesia and Thailand.

These types of rules can delay the availability of generic medicines. The consequences for India’s generic medicines industry are particularly alarming, given its widely recognised role as the ‘pharmacy of the developing world’.

Later leaks suggested that the proposals by Japan and Korea had not been welcomed by the other parties, but that some proposed rules remained bracketed in the legal text for discussion at a later stage. This is a common strategy for postponing discussions on sensitive or unpalatable issues until the later stages of negotiations when trade-offs are made in order to conclude the deal.

The last leaked document on these issues was dated October 2015; since this time there has been no information publicly available about the status of negotiations that could affect access to medicines.

It seems unlikely that the more extreme proposals that could limit generic entry of medicines will be included in the final text, given the number of low-and-middle income countries involved.

But there may be other intellectual property rules affecting access to medicines. Much depends on the detail of the text, which is not available for scrutiny by health experts or civil society.

Even more controversial is the inclusion of an investor-state dispute settlement (ISDS) process allowing foreign investors to make a claim for compensation before an international tribunal if they believe a government of another party has breached their investor rights under the trade pact.

ISDS is the process that was used by Philip Morris Asia to bring a claim against the Australian Government over our world-leading tobacco plain packaging laws. Australia prevailed, but even so was left to cover around A$12 million of the defence and arbitration costs.

ISDS has become increasingly unpopular in many countries over the last decade, as the number of cases have increased and the associated costs have mounted.

In the same year, around 70 percent of ISDS tribunal decisions (where the decisions were made public) were made in favour of investors and most new cases were brought against developing countries and transition economies by developed-country investors.

The only way to prevent the use of ISDS against public health measures is to exclude it altogether.

Australia’s approach under the Coalition Government has been to agree to the inclusion of ISDS mechanisms in trade agreements on a case-by-case basis, negotiating exceptions or exclusions where possible to limit the use of ISDS to contest legitimate public health measures, or to improve the chances that a case against a public health measure will not succeed.

This policy has led to a very patchy approach which does not give experts much comfort that the next agreement will include robust safeguards.

For example, the Comprehensive and Progressive Agreement for Trans-Pacific Partnership (CPTPP) allows parties to opt to exclude tobacco control measures from ISDS (an option which Australia has taken up).

The Peru-Australia Free Trade Agreement goes further in excluding all measures ‘designed and implemented to protect or promote public health’ from ISDS (Chapter 8, Section B, Footnote 17).

But some other trade treaties, such as the agreement between Australian and China, don’t exclude any public health measures from challenge using ISDS.

What sort of approach – if any – will be taken in the RCEP to limit the consequences of ISDS for public health measures? We won’t know until negotiations are concluded and the text finalised.

Another area of concern is the potential incorporation of rules that allow suppliers of wine and spirits to use supplementary labels (ie labels that are not the main labels on an alcohol container) to display information required by the government of the importing country.

These rules may create difficulties for countries wanting to mandate large health warnings in a prominent place on the container, by exposing such measures to potential disputes.

Given the 2018 recommendation of the Food Regulation Standing Committee that mandatory pregnancy warning labels be introduced in Australia, comprising both pictures and text, it would be unwise to include provisions that might be used as the basis for disputes over such measures.

The three issues discussed above have been identified as potential problems for public health based on leaked documents and the contents of other trade agreements.

But there could be many more health-damaging provisions in the RCEP that remain unknown until the text is revealed after negotiations conclude.

This provides a strong rationale for improving the transparency of trade negotiations and involving health experts along the way.

The Australian Government should publish the proposed text and commission a full health impact assessment of it before signing.

The above events are coordinated by the Australian Fair Trade and Investment Network.

PrevPreviousPresenting a vision for rural and remote health: what are the chances?
NextNew AMA and Guild leaders offer opportunity to focus on social determinantsNext