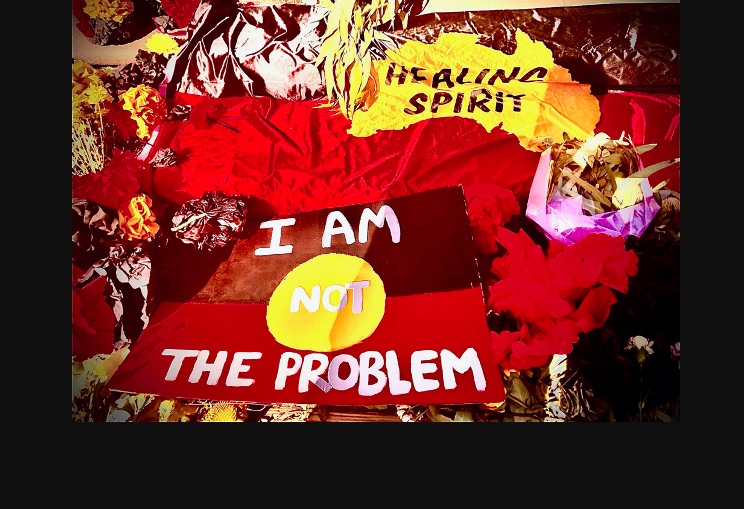 Calls from Queensland’s Women’s Safety and Justice Taskforce and the SBS documentary series See What You Made Me Do to criminalise coercive control as part of strategies to address family violence ignore sustained critique from a range of Indigenous women academics, activists and frontline workers, Associate Professor Chelsea Watego, Alissa Macoun, David Singh and Elizabeth Strakosch write below.

The SBS documentary series See What You Made Me Do aimed to spark a national conversation about criminalising coercive control. Instead it highlighted the stark power imbalances in conversations between Indigenous and non-Indigenous women.

She wasn’t being a good victim, she wasn’t standing there in the sheet dripping in blood and trying to control all this emotion that was going on with her […] she said I want my Dad, I want my Dad and they decided she couldn’t have her Dad. The two policeman, one woman and one man, they said that Tamica spat and they said, ‘That’s assault and you’re getting arrested.’

These were the words of Kathleen Pinkerton, a Widi woman from the Yamatji nation. Kathleen was describing the police treatment of her niece, Tamica Mullaley, who was a victim of domestic violence. Rather than being treated as a victim, the police treated her as an offender, which resulted in the most tragic of consequences for her baby Charlie. 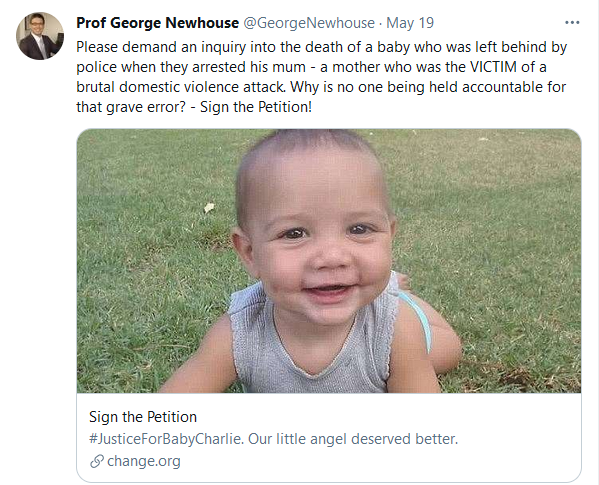 Our newsroom needs you now more than ever.

Indeed, Hill’s aim to criminalise coercive control is part of a larger national agenda. It was the first priority set for the Queensland government’s recently established Women’s Safety and Justice Taskforce.

The taskforce and documentary both call for a carceral solution to coercive control – coercive control refers to systemic domestic violence that operates through a matrix of subtle practices including surveillance, gaslighting, financial control, and fear of potential violence.

This plan for criminalising coercive control has been met with sustained critique from a range of Indigenous women academics, activists and frontline workers. They argue such a solution would result in more Indigenous women being imprisoned than protected.

These concerns are evidenced statistically, by the staggering increases in Indigenous female incarceration. They are also shown clearly in the story of Tamica herself, who was “misidentified” as an offender by the police (which included a female officer).

In the documentary, Tamica’s tragedy is used to make a case for extending police powers and consideration of female-only police stations. Yet, her story negates the case being made by demonstrating how police-based solutions will harm Indigenous women. 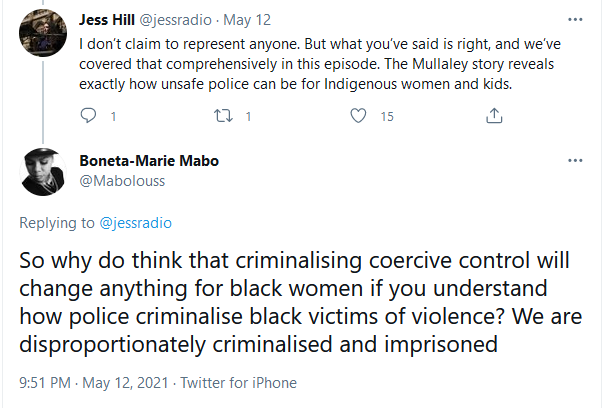 This has many rightfully questioning the function of Indigenous women’s trauma in narratives constructed by carceral feminists – those who see state institutions such as police and prisons as appropriate solutions to gender based violence.

A key point we raise is the failure of this approach to understand how the state itself perpetrates abuse and coercive control over Indigenous women. 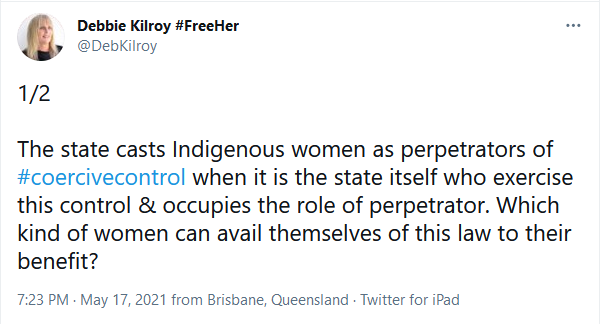 This was on display in Hill’s expert panel discussion that followed the airing of the final episode of See What You Made Me Do. Dr Hannah McGlade, a Noongar academic expert, lawyer and head of the National Aboriginal and Torres Strait Islander Legal Services, cogently challenged Hill’s call to criminalise coercive control.

McGlade spoke of the reality of Aboriginal people being over-policed. Hill responded by replying directly to McGlade about “what gives her heart and keeps her advocating for these laws” despite just having heard why they are deeply problematic. Later, she again responded to McGlade, telling her that actually Indigenous women advocate for the laws rejecting her claim that Aboriginal women are fearful of contacting police.

In bringing her expertise to the conversation, McGlade interrupts what was meant to be Hill’s conclusion from the three part documentary – that a “revolution” is required to save women, which includes criminalising coercive control. But the dynamics of the panel reflected the dynamics of the debate: where Indigenous women and female academics are not only not believed, but ignored and told they’re wrong.

The current dialogue around coercive control troubles white Australia’s limited understanding of who can commit violence against whom, and who can be a victim and who is a perpetrator.

White Australia tends to see both white women and state agents like police as fundamentally good, and both are almost always deemed grieveable and believable.

Amy McQuire reminds us of the importance of recentering “the voice of the Black Witness”:

While the White Witness thrives on accounts of the brutalisation of black bodies, most commonly of black women and children, the Black Witness pushes these same black women to the forefront — they are the ones with the megaphones in the centre of the Melbourne CBD — in the very heart of white, respectable space.” 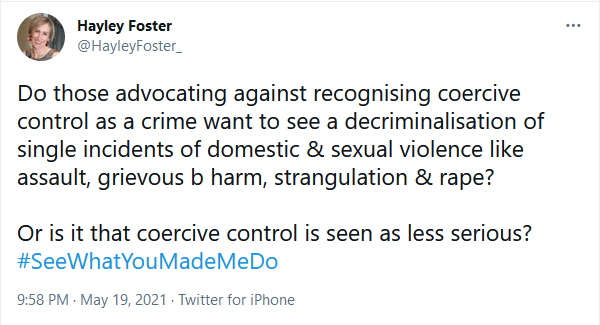 When we listen to Indigenous women, it is clear they don’t necessarily want inclusion in the agendas of white women. They are insisting upon a broadening of policy development that ensures safety and justice for all women. 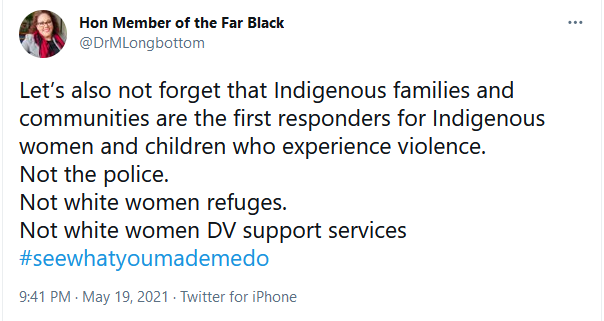 Indigenous women shine a light on a form of violence that carceral feminism continues to overlook. This violence is not only between the police officer (male or female) and Aboriginal women, but between the state and its citizens. It often manifests as exactly the kind of subtle entrapment Hill describes as coercive control – using isolation, surveillance, financial scrutiny, gaslighting, refusal of care and threats to children.

The problem with criminalising coercive control isn’t only a matter of poor design or of perception of deserving victims. The problem is it results in an extension of power by the state.

In Queensland, this extension of state authority justified using the same kind of framing of female trauma Hill uses in See What You Made Me Do. It follows other concerning expansions of police powers and resources in recent months.

In this moment, it is Indigenous women who are refusing to aid an already authoritative state accrue more power. There is little that is revolutionary about carceral feminism. Hill herself acknowledges her calls to criminalise coercive control aim “to reform the current domestic violence law”. Yet, such a reform serves to further entrench abusive power relationships against Indigenous women.

Gomeroi Kooma woman Ruby Wharton offers the revolutionary imagining required when she speaks of decarceration and Black deaths in custody:

it’s not about doing performative things within their system, but abolishing it […] we can’t demand incarceration of police when we are dying of the same system […] as long as we walk in love we will be able to seek justice.

From Wharton, we see the kind of care so desperately needed in this conversation – in which all people are afforded care. The refusal of carceral feminists to think about care in its most inclusive sense is a refusal to “walk in love” alongside Indigenous women. This is because they exercise their virtue on the basis of an authority afforded by a racial order that exists within Australia, which privileges them above Indigenous women.

Distinguished professor Aileen Moreton-Robinson in her seminal text Talkin’ Up To The White Woman some 20 years ago concluded:

the real challenge for white feminists is to theorise the relinquishment of power so that feminist practice can contribute to changing the racial order. Until this challenge is addressed, the subject position middle-class white woman will remain centred as a site of dominance. Indigenous women will continue to resist this dominance by talkin’ up, because the invisibility of unspeakable things requires them to be spoken.

David Singh is Senior Research Fellow, The University of Queensland

Elizabeth Strakosch is ecturer in Public Policy and Governance, The University of Queensland

PrevPreviousExploiting the pandemic for unhealthy profits, and other Prevention2021 news
Next“Glossy” women’s Budget statement fails to deliver for those in poverty and at riskNext