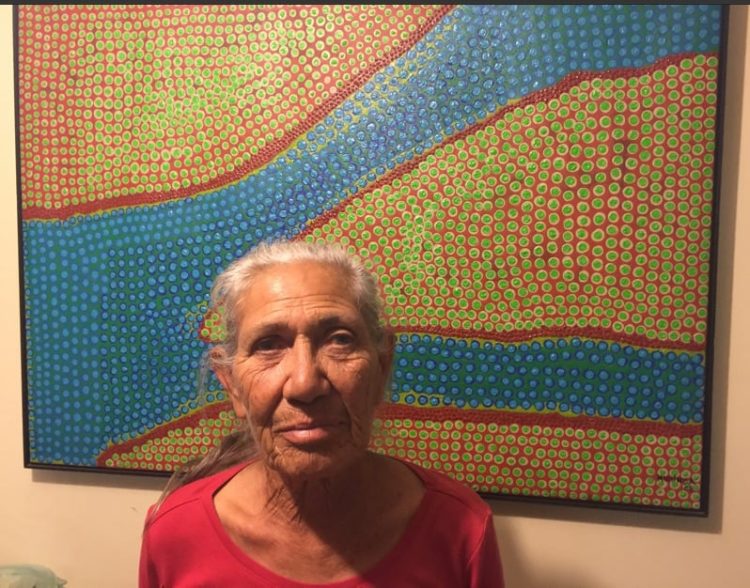 Caring for people in prison

In the lead-up to the launch of the #JustJustice book next Sunday (see details at the bottom of this post), we will be publishing a new article from the series each day this week.

Below, Phyllis Simmons, who for many years was an Aboriginal visitor at the Roebourne Regional Prison in Western Australia, gives some insights into the system issues that contribute to over-incarceration, and offers practical advice for preventing people winding up in prison.

For 18 years, up until 2014, I visited Aboriginal prisoners at the Roebourne Regional Prison, providing support and practical help.

As an Aboriginal visitor at the prison, I did everything I possibly could to keep prisoners safe and well.

My role was making sure prisoners in custody, in lock ups and the prison didn’t self-harm, take their lives or take someone else’s life through the frustration of being incarcerated.

Q: What are some of the solutions to preventing over-incarceration?

Stop locking people up for petty driving fines! Help people get their drivers licences, so they are not driving around without a licence and get thrown back in prison.

Where they can go back and get their drivers licence, so they are not driving around without a licence and get thrown back into prison

Justices of the Peace also need to stop remanding people out of the towns from where they come. If they’re sent to court in Karratha, they’re told they’re not allowed to go back to Roebourne until after the next court, which is two weeks away.

So they just wander around…they can’t go back to their own homes where they’re paying rent. It is setting people up to fail. Anything could happen to them if they end up sleeping in the creek. This happens all around the Pilbara. It is very disruptive for their families.

Q: Why don’t they let them stay in their own houses?

A lot of the people who come into prison for fines are brought in from Tom Price, Hedland, Newman, wherever they are picked up. Sometimes they are brought over on a Friday to be released on a Sunday. It just doesn’t make sense. They have got no way of getting back to where they come from.

I saw people that are sentenced to prison and on medication. The doctor that comes to the prison changes the medication; a lot of our people see a different tablet or a different package and they won’t take it. Many times I have sat with different prisoners over the years to tell them the benefits of taking their medication – that that tablet was as good as the one they were taking before.

Mental health problems are common; I’d say 90 percent of them [the prisoners] were mentally struggling. The other thing we always said to the officers was, have the medical centre check them out because they could be people with FASD. It was really very frustrating because some of them would come up and ask us when they had to go to court. They’d get about 10 feet away from us, and come back and say, what date was that? That’s heartbreaking.

It wasn’t like a job, I loved working there, I loved every minute of it but, believe me, my days never started at nine and finished at three, because it’s so hard to find family in Wickham and Roebourne, so I’d use my own time, sometimes I’d go looking for them early in the morning or after work or at night.

Some of the guys who didn’t come from this area or had no family, we would actually put money out of our own pockets into their spends [accounts].

We’d say to the Super [Superintendent] – ‘look, they haven’t got enough money for tobacco or toiletries, can we please leave them some of our money?’ He’d say, ‘well it’s your money’, so we’d…just to help people out’.

Q: Big picture, what would be a fair justice system?

If people say, the law is there for everybody – no, it’s not. They still have the black law, the white law and the kangaroo courts. 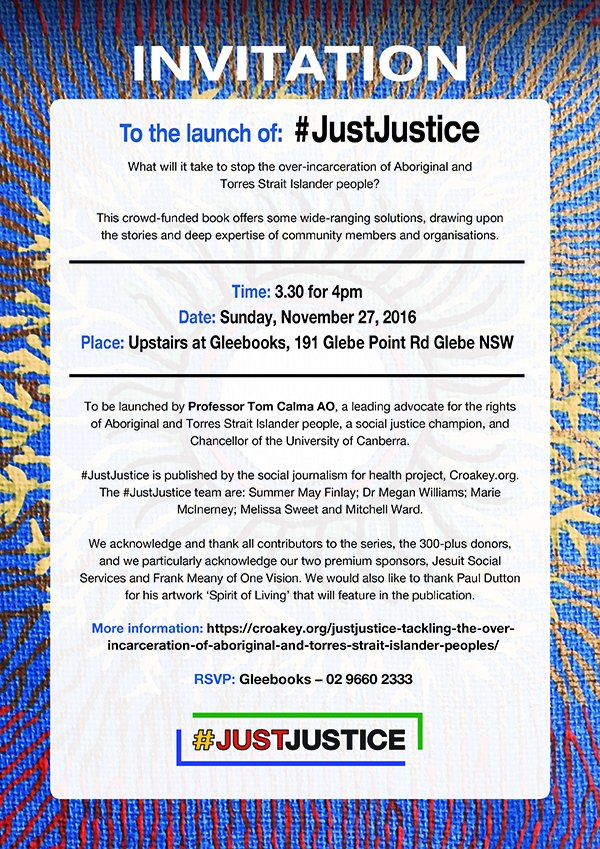 Housing affordability – is it really just about economics and supply?

PrevPreviousTop articles at Croakey in August, September and October
NextLeading Aboriginal researcher raises some critical questions for the NHMRCNext