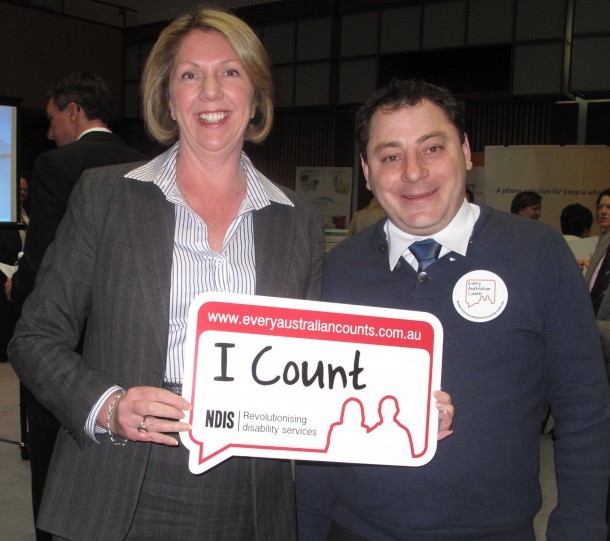 Shadow Minister for Health Catherine King adds her voice to the criticism of the Government’s decision to axe ADCA. She writes:

The Abbott Government’s knee-capping last week of the Alcohol and Other Drugs Council (ADCA) is more than a blow to how we deal with one of our most challenging problems.  It shows a worrying attitude by the new Abbott Government to Commonwealth funding for public health.

Commonwealth investment in prevention, although increased by Labor, remains relatively low.  Investment in public health programs now, reduces pressure on the entire health system later.  It’s clearly not the attitude this government is taking, with ‘easy’ cuts being made early in their term that will have long-term ramifications.

The decision to withdraw all funding from the ADCA is one that’s truly astounding.  Just because you don’t agree with the organisation’s propositions or they might have been critical of you in the past is not sufficient justification to shut them down.  The Council had been providing advice to governments since Menzies was Prime Minister.  Not any longer.

To paraphrase its outgoing CEO David Templeman, the cost of treating someone with foetal alcohol spectrum disorder might be $15 million over their lifetime.  The commonwealth government gave ADCA $1.5 million per year.

Rumours persist that the Australian National Preventative Health Agency, a key recommendation of the National Health and Hospitals Reform Commission, will be abolished.  This would seem to be backed up by the Assistant Health Minister’s refusal to defend the Agency in Senate Estimates last week, backed up by an attack in Question Time by the Health Minister.

It appears that the Government did not support the Agency’s decision to fund the promotion of the My QuitBuddy app at Summernats: an event that attracts over 100,000, principally 25 to 40 year old men, a core target audience for the National Tobacco Campaign.  The campaign clearly had an effect with 55,000 downloads of the app in January when Summernats was held compared with 19,000 in the month prior – a threefold increase in one month.

To add to the Government’s poor public health record, it also sacked (by press release) an expert panel on the marketing of infant formula, Australia’s main response to the World Health Organization Code on the promotion of breastfeeding. To date there have been reports that the Division of Population Health, the area within the Department of Health responsible for public health programs, is being targeted for budget and staffing cuts.  Reports are that this Division may lose up to a third of its staff with some programs ceasing altogether. If this is true it will have a major impact upon Australia’s ability to face many of the public health challenges of the future.

There will be costs to all this. Cuts now to relatively modest financial support to organisations such as ADCA and APMAIF will result in more spending demands later on to an already over-burdened health system.

The harmful effects of alcohol, for example, are well understood. They are associated with such chronic conditions as high blood pressure, cardiovascular diseases, mental health problems, various types of dementia foetal alcohol spectrum disorder and other health problems. Their associations go beyond health: to broad and costly social problems such as suicide, domestic violence and road traffic accidents.

Illicit drug use, said to cost the community roughly $9 billion a year, has a significant impact on the health system, especially among young people and on the level of hospital presentations, as well as on our system of criminal justice.

These effects are well understood in the main very largely thanks to 46 years of the work of ADCA, which has been so effective in coordinating the efforts of the many NGOs and community groups in the field. For example, it has had an influence beyond its size and budget on the National Illicit Drugs Campaign and the National Aboriginal and Torres Strait Islander Peoples Drug Strategy. Its Drug Database, operating now for more than 20 years, is the only comprehensive drug and alcohol citation database in Australia – in fact, the largest dedicated alcohol and drug collection of resources in the world.

ADCA has been an indispensable source of advice to governments from both sides of the political fence.  Putting it out of business makes absolutely no sense. Despite repeated promises from the Prime Minister, Treasurer and Minister for Health that the health budget would not be cut, Australians are once again being shown this is not the Government they were promised.

The Government has gone about these cuts quietly.  Neither Mr Dutton nor his Assistant Minister Fiona Nash have been willing to announce them themselves, much less answer any questions to defend their position.  Being Health Minister is much more than just managing a budget.  It requires someone with a vision for Australia’s health that will make sure future generations have access to the health resources we expect and need.

PrevPrevious“It is like the chicken talking to the duck”: health literacy conference participants call for a user-friendly health system
NextADCA Axing – some thoughts and a petitionNext