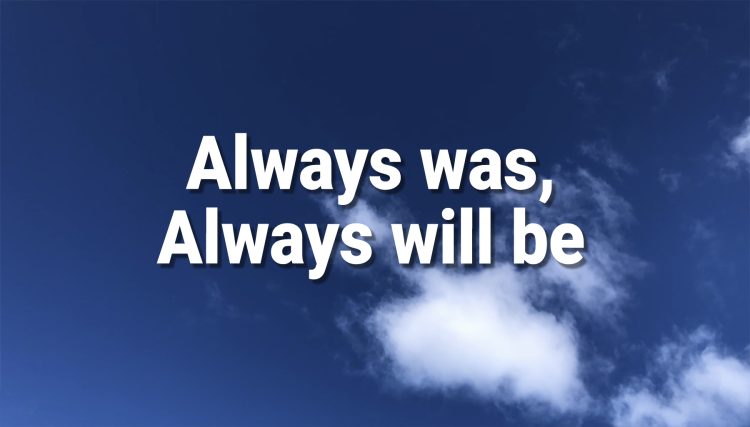 The repatriation of Indigenous names is central to historical truth-telling and has important implications for the cultural determinants of health, and the health and wellbeing of Aboriginal and Torres Strait Islander people and Country.

Rose Barrowcliffe, a Butchulla researcher who is currently undertaking Doctoral research at the University of the Sunshine Coast, writes below on the significance of the naming of K’gari (Fraser Island) World Heritage Area. Her article was first published in The Conversation.

On the 19th of September, Butchulla dancers and community representatives came together at Kingfisher Bay Resort to celebrate the renaming of Fraser Island to the K’gari (Fraser Island) World Heritage Area.

The renaming was the result of a decades-long campaign by Butchulla Elders and community members and was endorsed by the Queensland Government and adopted by the World Heritage Committee.

This event is the latest in a growing number of Indigenous name repatriations across the nation. As a Butchulla person, and a researcher of the representation of Indigenous peoples in archives and historical narratives, I can appreciate the significance of something as seemingly small as a name change.

How common is it to revert to the Indigenous place name?

The reversion to the name K’gari has happened in stages over a number of years. In 2011, the Bligh government added K’gari as an alternative to the place name Fraser Island in the Queensland Place Names Register.

K’gari is among a growing number of places around Australia that have returned to their Indigenous names. One of the most famous examples is Uluru.

In Queensland, the National Parks First Nations Naming Project has been assisting in reverting national park names to Indigenous names where possible as a part of the government’s commitment to the truth-telling process. North Stradbroke Island and Moreton Island National Parks have reverted to Minjerribah and Gheebulum Coonungai, respectively.

According to then-minister for environment and the Great Barrier Reef, Leanne Enoch:

This project is a positive step in our truth telling around First Nations Peoples’ significant and ancient connection to country.” 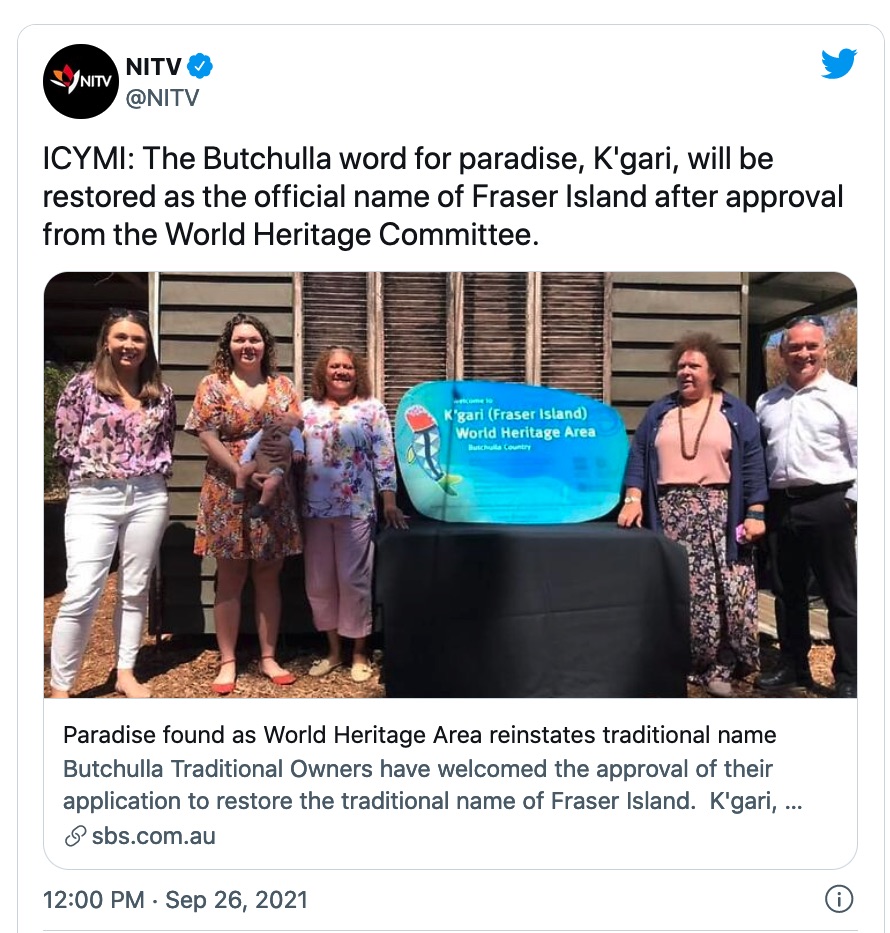 Changing a place name will not fix racism in one fell swoop. No one is claiming it will. But name repatriation speaks to the importance of language in both culture and sovereignty.

Indigenous place names link Traditional Country to the history, culture and people that have been a part of that land long before colonisation. Overwriting Indigenous names with colonist names is an attempt to deny this deep, pre-existing connection and the sovereignty of Indigenous peoples.

The renaming of Butchulla Country was one of the first things Captain James Cook did as he first sailed the east coast of Australia.

In 1770, as Cook’s ship sailed close to Tacky Waroo, a large basalt headland on the east side of K’gari, it was met by a party of Butchulla warriors standing on the headland. In the lexicon of the day, all dark-skinned people were called “Indians”, so Cook renamed Tacky Waroo “Indian Head”.

In other cases, colonial place names were, and still are, blunt reminders of colonial violence. Places like Murdering Creek, Massacre Bay, Skull Creek and many more litter the Australian landscape and indicate violent acts that occurred in those places.

The name Fraser Island is named after a Scottish woman, Eliza Fraser, who was shipwrecked on the island in 1836. Fraser lied about being mistreated by Butchulla people after being shipwrecked. Even in those days, her account of her time on K’gari was thrown into doubt.

Fraser was known to be a sensationalist who made her story more and more salacious as time went on, in efforts to garner more money from sympathetic supporters. Her accounts of her time on K’gari were syndicated as far as the Americas, and reinforced the narrative that Indigenous peoples were “savages” and “cannibals”. These classifications led to Indigenous peoples being vilified around the globe.

Colonial history is not Indigenous history

Language plays an important part in reinforcing the notion that history in Australia began with the arrival of Cook and his fleet.

Colonial place names are another subtle yet persistent reinforcement of the notion that this land only has a place in history once it intersects with the narratives of colonists.

K’gari was the name chosen by the Butchulla because that is the sky spirit the island was created from. The name goes back to the very creation of the island, and yet the name that stuck was the name of a woman who spent not more than two months on the island.

Read more: Indigenous treaties are meaningless without addressing the issue of sovereignty

Bringing our past into a shared future

Repatriation of Indigenous place names is a part of the process of reintroducing Indigenous perspectives into the narratives of our modern society.

Repatriation of Indigenous place names reaffirms that First Nations have always existed, and still exist in Australia today. Moreover, they are a source of distinction that sets Australia apart from the rest of the world for the one thing no other country in the world can come close to: being home to the oldest living cultures in the world. That should be a source of pride for all Australians.

Always was, always will be K’gari.

Rose Barrowcliffe is a Butchulla researcher who is currently undertaking Doctoral Research at the University of the Sunshine Coast. She is a member of the Butchulla Aboriginal Corporation and this year was appointed as the inaugural First Nations Advisor to the Queensland State Archives.

This article was first published at The Conversation, under the title,
‘Celebrating K’gari: why the renaming of Fraser Island is about so much more than a name’.

PrevPreviousSocial media, activism, trucker caps: the fascinating story behind Long COVID
NextLooking behind the numbers for a better understanding of suicide and its impactsNext