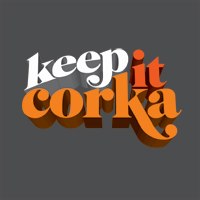 Dr Tom Calma AO, National Coordinator, Tackling Indigenous Smoking, responds to new smoking research with an update on the promising progress being made to tackle Aboriginal and Torres Strait Islander tobacco use and a reminder that more needs to be done if we are to close the health gap between Indigenous and non-Indigenous Australians.  He writes:

New findings published this week in the international journal BMC Medicine indicate that up to 1.8 million of our 2.7 million smokers in Australia will die from their habit if they continue to smoke. This is a stark reminder of the benefits of quitting, or not taking up smoking at all.

However, more work is required.

‘Deadly Choices’ is a comprehensive program which includes an education component covering: smoking; chronic disease; physical activity; nutrition; harmful substances; leadership; and health services. The programme has used high impact multi-media with strong culturally relevant messages about the impact of choices on individual and family wellbeing. Local Aboriginal and Torres Strait Islander ambassadors help give the programme profile; in a way that empowers participants of all ages to become positive mentors and role models in their community.

‘Keep it Corka’ was developed through a partnership between the Aboriginal Health Council of South Australia (ACHSA) and Murray Mallee Community Health to raise awareness of links between lifestyle behaviours and chronic disease, motivate lifestyle behaviour change and provide practical knowledge on how to make these changes. The ‘Keep It Corka’ programme provides a range of activities including: school programmes which emphasise the importance of not taking up smoking; education programmes in prisons and established community groups; targeted quit support groups; physical activity sessions and events; community healthy lunches; cooking and gardening courses focused on healthy eating.

A significant challenge in addressing smoking has been the recognition that each region around Australia is different and therefore, different tools and mechanisms may work differently in reducing tobacco use. As a result, the Tackling Indigenous Smoking programme has been, and continues to be flexible in supporting innovative and locally tailored measures to meet the needs of local communities in raising awareness, education and challenging norms around smoking and other chronic disease risk factors.

Reducing the number of Aboriginal and Torres Strait Islander people who smoke is essential in realising the goal of closing the gap in health status equality and life expectancy. By working with Aboriginal and Torres Strait Islander people themselves, we can halve the Indigenous smoking rate over the next decade and give Indigenous Australians more opportunity to live long and healthy lives.

As Professor Emily Banks, Scientific Director of the Sax Institute’s 45 and Up Study and an Australian National University researcher said today, “Australia can be proud of its remarkable success in cutting population smoking to just 13% but even with this world-leading result, 2.7 million of us still smoke” … “Our findings show that up to two in every three of these smokers can be expected to die from their habit if they don’t quit and this highlights the importance of staying the course on tobacco control.”

For information on how to stop smoking, please call the Quitline on 13 78 48, visit www.icanquit.com.au or your local Aboriginal Medical Service, GP or medial practitioner.

2.         Vos T, Barker B, Stanley L, Lopez A. The burden of disease and injury in Aboriginal and Torres Strait Islander peoples 2003. Brisbane: The University of Queensland: School of Population Health2007.

PrevPreviousWhat is the value of a Medicare price signal?
NextPrimary Health Networks: key questions and challengesNext