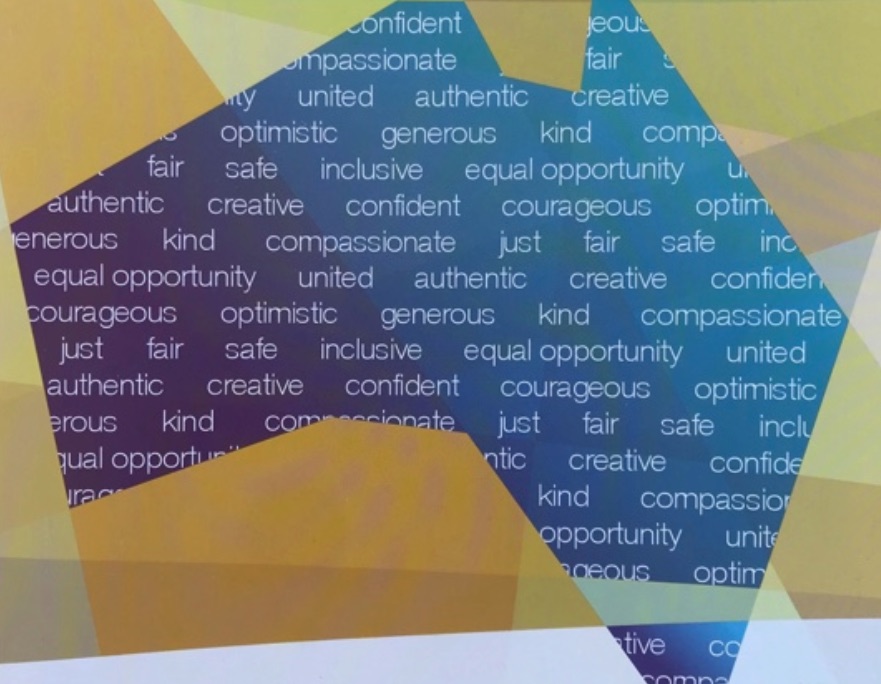 The Australia we want. Provided by the Community Council for Australia

Charities Crisis Cabinet – a reflection on advocacy and connectedness

Introduction by Croakey: From food relief to distributing learning resources to children in need during lockdowns, community, charity and not-for-profit organisations have provided vital relief and support to many throughout the pandemic.

The Charities Crisis Cabinet was borne out of the identified need to bring key charities and organisations together to advocate for critical support, such as the inclusion of charities in JobKeeper.

Below, David Crosbie, CEO of the Community Council for Australia, reflects on the wins and challenges for the Charities Crisis Cabinet and highlights the value of community connection in disasters.

“As we have seen in the recent floods, it is the connections between people at a local level that become vital in a disaster,” Crosbie writes.

It almost seems like another time, another place.  When the pandemic first hit Australia few people really understood the impact it would have on all our lives.

In the charities and not-for-profit sector (NFP), the disruption was almost immediate.  Many charities are all about connections, support and engagement across many dimensions of our communities.

From the smallest local club to the major charities running hospitals, face to face services had to be cancelled, delayed and restructured.

At the Community Council for Australia, we quickly realised we would need to bring key charities together to advocate for critical support.

While the Federal Government established several key bodies to advise them from a business perspective, there was no avenue for the thousands of groups operating in communities to have direct input into the government’s pandemic policy making.

Reverend Tim Costello AO and Susan Pascoe AM, both highly respected leaders, became co-chairs of the Charities Crisis Cabinet (CCA), and around 20 other leaders from across the diverse charities sector immediately stepped forward.

It is important to note that the charities and NFP sector are an essential contributor to Australia’s health, wellbeing and productivity.

Charities employ over 1.3 million people or 12 percent of the Australian workforce, turn over more than $175 billion and make a six percent contribution to our GDP.  NFPs employ another one million Australians, and there are more than three million volunteers contributing their time and effort to the sector.

I am focusing on employees primarily because it was in this area that delivered the most significant initial victory for the Charities Crisis Cabinet.

When the Government finally accepted the need to provide additional support to keep people connected to their employment during the first phase of the pandemic, charities and NFPs were not high on their agenda.

Advocacy during the pandemic

A strong and concerted push for charities to be included in JobKeeper became a key focus for the Charities Crisis Cabinet, CCA, and other key groups.

Eventually the Government delivered a JobKeeper program that met the needs of charities with concessional rates of income reduction (charities only had to show a drop of 15 percent in their projected income) and government income could be discounted in their calculations.

This wasn’t the only concession that charities won. Some wealthy philanthropists sought to reduce the minimum amount their foundations needed to distribute during the pandemic.

The Charities Crisis Cabinet joined with Philanthropy Australia and others to ensure that not only was this proposal blocked, but incentives were provided for charitable foundations that donated more during the pandemic.

While there were other wins through the Charities Crisis Cabinet, there were also instances where their advice and advocacy failed to deliver real outcomes.

This was especially true in relation to temporary Visa holders and overseas students – the Charities Crisis Cabinet argued they should be eligible for support programs like JobKeeper.

In the early days, I know the advocacy of the Charities Crisis Cabinet was taken seriously by Government.  Our letters to the Prime Minister and National Cabinet were referred to the highest level of policymaking within Government and were given due consideration.

Unfortunately, as the pandemic progressed, it seemed to many of us that the Government became less willing to listen to advice from outside a select group of political supporters.

In critical areas like digital transformation, charities were largely left to fend for themselves.

However, there were some philanthropists and one State government that recognised the massive task being undertaken across many charities to adjust and adapt to the demands of operating their services online and in virtual environments.

Programs to address the digital divide in Australia within communities and across community groups remain scarce and relatively poorly funded.

The Charities Crisis Cabinet continues to meet – less frequently than the early days – and now is more focused on sector capacity and broader challenges like developing resilience at a community level.

Additionally, we look at what is required to build social infrastructure as we continue to face a pandemic as well as the ongoing challenges of adapting to climate change.

It has been a remarkable journey, and it is clearly not over yet. Several times we have considered closing down the Charities Crisis Cabinet, thinking the crisis had passed.

And then another COVID-19 variant arrives, or floods and other disasters present us with challenges that need a strong national response incorporating the knowledge and skills of people working across the charities and NFP sector.

One of the important lessons from our experience of the last two years is that top-down government responses and attempts to roll out centralised national programs are rarely successful.

As we have seen in the recent floods, it is the connections between people at a local level that become vital in a disaster.

We hear politicians of all the major parties supporting these concepts, and yet allocating resources to strengthen these connections and empower them to be sustainable is largely ignored on the national agenda.

It is especially true that in health and wellbeing, including mental health, those who are connected to others and feel they have a valuable role in their community will inevitably be more resilient than those who are isolated and lacking in reasons to push through when things are tough.

The Charities Crisis Cabinet is one example of how connecting people in a crisis to work together in the interests of their communities can have a significant impact.

If only governments were prepared to invest in connectedness across all our communities, how much better off would we all be?

PrevPreviousThe Greens want Medicare to cover a trip to the dentist. It’s a grand vision but short on details
NextJoin this fantastic panel, talking climate, health and the electionNext