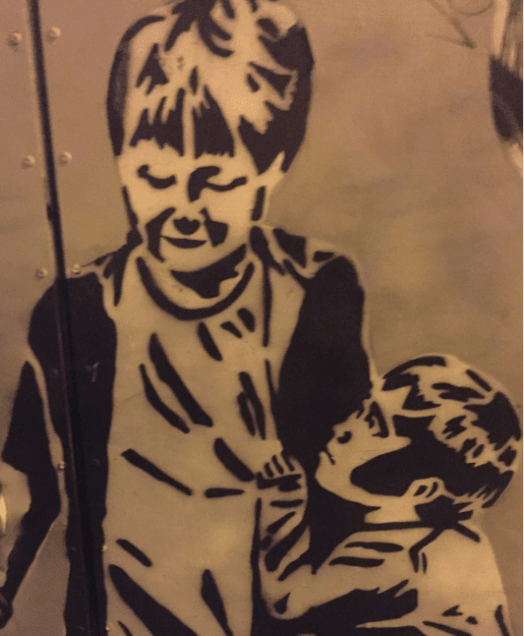 In what is becoming a shockingly familiar conclusion, South Australia’s Child Protection Systems Royal Commission recently presented its findings of a system in “disarray” where:

Many children in the care of the state have been abused and neglected, not only by their families but by the system that was supposed to protect them.

The Royal Commission, led by Margaret Nyland, was sparked the arrest of a Families SA worker Shannon McCoole, who was later jailed for 35 years for abusing seven children in his care, but was given broad terms of reference to look to improving child protection systems.

Its final report – The life they deserve – led to an apology from Premier Jay Weatherill on behalf of the South Australian Government to McCoole’s victims and their families for “the State’s failures to protect their children from the horrendous abuse suffered whilst in state care” and the commitment of $200 million over four years to commence implementing some of the report’s recommendations, including establishing a new child protection department. See the government’s statement and some responses to the Royal Commission’s work here.

In the post below Katherine McLachlan, Quality & Research Manager at Victim Support Services in South Australia, outlines the recommendations that resonate for her and that highlight the need for great access for children to therapeutic services.

Ten years ago I worked for Families SA. That was after the Layton Review into South Australia’s child protection system (2003) and when we were responding to the Mullighan Inquiry into children in state care (2008).

To be clear, I was a desk-jockey. I wrote the first iteration of the Child Safe Environments Principles of Good Practice, and Families SA responses to Mullighan and the Parliamentary Select Committee into Families SA. I never entered a house of squalor, I never had to file a report where a child was at risk on the grounds that we had insufficient resources, and I never had to take a child from their family.

Back in the day we had the Hon. Jay Weatherill, now Premier, as our Minister. He was a Minister who openly stated that he would stand by staff so long as they undertook their jobs in good faith. That was reassuring for people who went to work every day knowing that the decisions they made – to leave or to take a child from their family – would have life-long impact on those children and future generations.

The kind of people who strive to undertake child protection work deserve to be championed. In the words of Commissioner Nyland, not to feel ‘undervalued, under-resourced and overwhelmed’. Any solution implemented by the current Ministry should not be based on models of work that add to the stress and pressure child protection staff are already under. It would be easy, for example, to just demand staff work harder and longer to get the work done. But all this will do is shift the bottleneck from intake to response, as the current model struggles to cope.

Of Commissioner Nyland’s 260 recommendations, there are some that really stand out to me. Recommendation #244 states that ‘… chief executives of government agencies with responsibilities for the health, safety and wellbeing of children … [are obliged] to ensure inter-agency collaboration in child protection matters, and measure that performance’.

This is significant. If we take a look at the implications from the Adverse Childhood Experiences (ACE) Study from the USA, adverse childhood experiences – including but not limited to abuse and neglect – have been linked to:

This really highlights that ‘child protection is everyone’s business’. Without collaborative and effective responses to adverse childhood experiences, there are significant implications both at an individual and societal level. To my mind, Recommendation #244 should apply to the chief executives of Child Protection, Education, Health, Corrections, Communities and Social Inclusion (Disability, Housing and Youth Justice), State Development, Attorney-General’s and the Commissioner of Police. It will be interesting to see if they are all held to account.

Nowadays I work for Victim Support Service (VSS), a statewide not-for-profit organisation in South Australia that has been providing practical and therapeutic support to victims and witnesses of crime in South Australia since 1979.

But there are also children and young people who do not meet the service mandate of Families SA. Some of these children have had a parent murdered. Some have witnessed and experienced domestic and family abuse. Some are victims of sexual assault. These kids don’t get ongoing child protection services from the SA Government (although down the track they may well cost the government millions in terms of their unresolved childhood trauma that leads to displaced costs in health, justice, education and employment services).

They often have a protective parent: someone who can adequately support that child to recover from the trauma they have experienced. But the reality is that complex trauma often needs professional support. At VSS we believe it should not be up to a parent who is going through their own grieving and healing experiences to source that support.

Recommendation #50 of Nyland’s report encourages a greater focus on early intervention and prevention. This is something VSS strongly supports.

While the Declaration of Victims’ Rights within the Victims of Crime Act 2001 (SA) states that ‘a victim should be informed about health and welfare services that may be available to alleviate the consequences of injury suffered as a result of the offence’, there is no legal obligation to ensure such services exist and are accessible. If adults can receive free, ongoing support from VSS after experiencing crime, surely children should have the same access to therapeutic services?

Basic mathematics tells us that if we support children now to move beyond adverse childhood experiences such as abuse, neglect and crime we will all be the winners in the long term.

For surely, all children should get ‘the life they deserve’.

PrevPreviousCall for submissions to AHPRA review on use of chaperones to protect patients
NextCripcroakey: Mediscare resonated because being sick can be so damn scaryNext