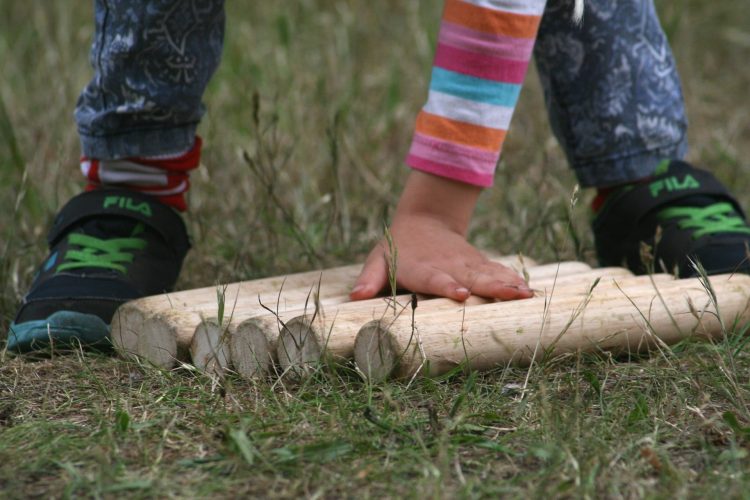 Over 50,000 children worldwide lose a parent to domestic homicide each year, according to the author of a new paper published this month in the international journal PLOS ONE.

The paper – Children bereaved by fatal intimate partner violence: A population-based study into demographics, family characteristics and homicide exposure – suggests that these children not only need support to cope with the sudden loss but also with unaddressed histories of family violence and exposure to graphic homicide scenes.

The research, led by Dr Eva Alisic from the Trauma Recovery Lab at the Monash University Accident Research Centre in Melbourne, examined 256 children in the Netherlands who lost a parent to intimate partner homicide. It found that more than 40 per cent had not been known to professional services before the homicide.

In the post below, Alisic outlines the findings and urges that the data be used to further raise awareness of the need to support those affected in Australia.

“I was angry at everything. Angry that my mother was dead, I was sad as well. I was angry that my dad was in prison, I wanted to see him but that wasn’t allowed. That made me angry.” Quote by a young Dutch girl.

More than a third of female homicides worldwide are perpetrated by an intimate partner. Many of these women are parents. In total, probably over 1,000 Australian children have been bereaved by fatal family violence in the past 20 years.

It is an understatement to say that losing a parent at the hands of the other parent has a major and lasting impact. It turns children’s worlds entirely upside down: at once they lose both parents – one to murder and one to prison or suicide – as well as their home and school environment.

Many health professionals only see one or two cases of family violence homicide in their whole career, which makes it difficult and stressful to provide good support. The evidence base is very limited and more guidance is needed.

Overall, research shows that children can have a range of psychological symptoms post-homicide. Examples are fears (such as  of counter retaliation by the perpetrating parent), grief, intrusive memories, regression (such as  language deterioration), and high irritability.

I remember a child who felt so guilty that he hadn’t been able to save his mother despite trying to stop his father. He was struggling with sleep problems, something we see among many children in similar situations.

In an American study, a grandmother said about her 7-year-old grandson:

“He is loud…destructive, impulsive,… and fights kids at school. Immediately after [the homicide], he was full of anger and rage. He…had nightmares almost every night. If the hall light was not on, he screamed until I got up and turned it on.”

Colleagues in the UK reported that among 95 children referred to their clinical services after family violence homicide, 40 per cent had symptoms of emotional disorders, 50 per cent had post- traumatic stress disorder (PTSD) or PTSD symptoms, and 60 per cent had behavioural problems.

Some children also struggle with relationship difficulties; sometimes it is hard for them to accept new caregivers or develop healthy relations with them. Also, identity questions come up; being the child of a victim and of a murderer is an entirely different challenge going through adolescence than what most peers may struggle with.

Exposure to previous family violence and to the homicide itself

Requested by the Dutch government, we studied all children bereaved by family violence homicide in the Netherlands over a period of 10 years. While we wanted to understand children’s experiences, our first goal was to find out how many children were affected and what they had been exposed to.

We cross-examined eight different types of data for the decade running from 2003 to 2012, from legal verdicts to news reports and from criminology books to child protection information. In total, 256 children had lost a biological parent due to intimate partner homicide, in most cases their mother.

Second, the majority of children were present at the location of the homicide, often their own home. Some of them may have been in bed and asleep when it happened, but for others we are certain that they saw either the killing or the crime scene afterwards. The weapons most used were guns and knives, causing graphic scenes.

Finally, children from immigrant families were over-represented compared to the general population. We do not see that over-representation in our clinical services, which means that some of these children ‘fall through the cracks’ for mental health support. We should look at improving our outreach to them.

What are the implications for children in Australia?

Family violence homicide cases are often ‘high stakes’ for many reasons other than the obvious direct impact on the victim and the children. The impact on family members and the community, as well as the sometimes unsettling media attention, make adequate care and support a challenging task.

This makes it even more important to be well prepared.

Are we well prepared in Australia? Do we know enough about children’s perspectives here? The Victorian Government is making great strides with regard to support for those affected by family violence, but is this also sufficiently supporting children and young people affected by fatal incidents? How about the other states, and federally?

It may be unnecessary for all professionals within (mental) health care and child protection systems to be competent in all aspects of care after intimate partner homicide – from grief counselling and trauma treatment to placement and contact decisions – but every system should be able to make the expertise available at short notice. Children and young people whose life is turned upside down deserve the best possible care.

The next step in our work will be to analyse the research team’s interviews with young people and their caregivers, and to start data collection in other countries.

Only when we compare different systems, can we see how legal and social differences affect these children and find examples of best practice. And we need local information to improve local systems of care.

Eva Alisic leads the Trauma Recovery Lab at Monash University Accident Research Centre. She studies how children, young people, and families cope with traumatic experiences such as violence and disaster, and how professionals can support them.

The study was funded by the Dutch Research and Documentation Centre, the Prof. H.A. Weijers Stichting and the Australian National Health and Medical Research Council.

Australia’s human rights failures are in the global spotlight

PrevPreviousOur opioid diet is not working, it’s proper pain management that we need
NextTime for action on codeine, “the ‘fast food’ of big pharma”: RACPNext