Clearing the air on managed care 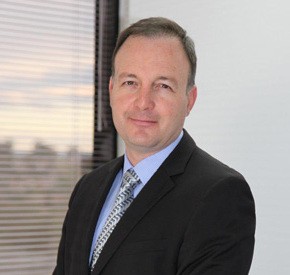 Managed care has somewhat of a negative reputation in Australia but is this view justified? Walter Kmet, CEO of WentWest and AHHA councillor, argues that we need a take a rational and considered look at managed care and its potential role within our health system, or risk it being imposed on us with less than optimum results.  He writes:

We seem to be heading “back to the future” in the current health policy vacuum, with an apparent momentum developing for the introduction of managed care in one form or another.

A push to introduce managed care in Australia took a bruising during health reform debates in the late 90’s and had a brief resurgence a few years back with the floating of the Medicare Select option in the National Health and Hospitals Reform Commission report which would have paved the way for an introduction of elements of managed care.

It seems that competing interests in the health insurance and service delivery sector are once again seeing managed care as a business opportunity. Large health insurers are investing more and more in patient services and private hospitals are again entering into the provision of public hospital services.

In Queensland as large corporate providers Medibank Private and IPN have exclusively teamed up in general practice as a natural extension to the portfolios of those businesses. In the case of the former in respect to managed care arrangements already in place in areas such as defence personnel and the latter as an extension to vertical integration with pathology and radiology services of Sonic Healthcare.

While most people might agree with the aims of managed care – to improve the effectiveness of health care spending – it is controversial because of the variety of views about how it might work in practice.

One of the problems is that we do not have a system structure for managed care opportunities to emerge in such a way that will provide a level playing field, quality assurance, equitable outcomes for patients and notably reduced overall health care spending.

Without a well thought out policy approach in this area, the danger is that that the vacuum is filled by a whole lot of unintended consequences that will make the Australian health system progressively more fragmented and inequitable.

What’s needed is a transparent and productive debate about how we better manage care in Australia.  Otherwise we run the real risk that we will end up with some form of it anyway at a time when health system complexity and pressures on it are much greater than the last time managed care was comprehensively debated 15 years ago.

That could mean stronger service silos, reduced equity and “dumbed down” general practice driven further towards cost containment at the expense of quality improvement.

To give you an example of where we might be heading if managed care is introduced in an ad hoc manner…imagine the confusion of an elderly patient who has arrived home after a recent hospital admission.

She is contacted by the local hospital about her linkages with community health, and then is also contacted by her health insurer about enrolling in a lifestyle program, and is given a follow up appointment by her specialist who does not communicate effectively with the referring GP and separately consults a psychologist provided by an NFP. Then the patient is offered a medication review by the local pharmacist.

This is not a made up scenario, this lack of management is happening now and we can expect more of the same if the structure of the health system develops without an overall strategy

The waste in the example is obvious and it has little to do with a patient centred system. In effect, each of these systems is pushing their own version of care in isolation.

These problems will not be resolved by the familiar rhetoric calling for funds to be redirected from structural “bureaucracies” in primary care to front line services.

There is no argument that we need to address variations in care and to improve quality of care – but achieving better integration of care is dependent on leadership relevant to local communities and investment in health systems that serve universally.

It’s time to get back in board with the COAG endorsed National Primary Health Care Strategic Framework and work out how independent regional primary health care organisations can be supported to do more, not less.

They are well placed to ensure there are opportunities for all general practices to reach their full potential, not just an exclusive few.

If we are  to move towards a managed care environment in primary care, let’s do so at the other end of a proper and transparent debate based on principles of services being integrated and equitable.
Walter’s most recent article for Croakey was on moving beyond fee-for-service payments.

PrevPreviousMajor conferences put the spotlight on improving Indigenous health and healthcare
NextImproving Aboriginal and Torres Strait Islander healthcare: some of the successes and challengesNext