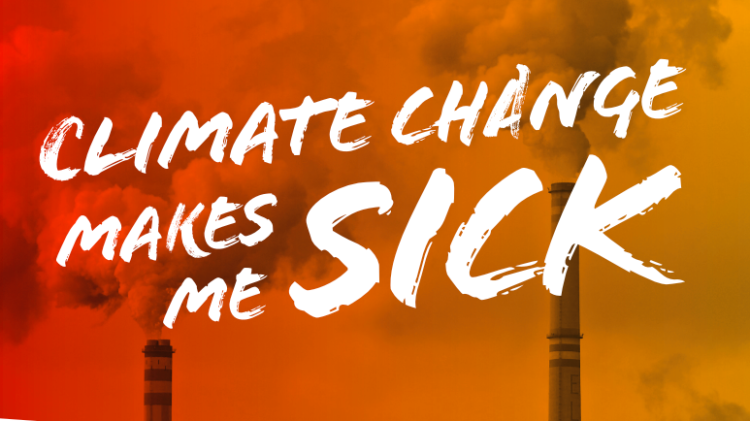 Climate change isn’t (just) about saving the planet: it’s the social justice issue of our time

Introduction by Croakey: Evidence tells us that lower-income and other disadvantaged groups (and nations) contribute least to causing climate change but are likely to be most negatively affected by it, to pay proportionately the most towards addressing its impact, and to benefit least.

Explaining why VCOSS staff will participate in today’s Global Climate Strike, Fewster writes that the consequences of inaction on climate change will be horrific but that action must also be inclusive or it will exacerbate inequity.

The popular imagery associated with the unfolding climate emergency is rightly focussed on nature; our oceans, glaciers, forests, coastlines and dwindling animal species.

If we allow these fragile and important elements to further degrade and die, they cannot be replaced. Planet Earth itself will die and, as we all know, we don’t have a ‘Planet B’.

But at VCOSS—an organisation founded and defined by the pursuit of equality, fairness and social and economic justice—we are also looking at the climate emergency through a different lens: that of poverty.

Climate change will hit people already living in poverty or facing disadvantage the first and the worst.

It will make people sicker, exacerbate mental health challenges and put even more pressure on household budgets. People teetering on the edge of poverty will be tipped over the edge.

Climate change will also drive a wedge between those who have the wealth and power to escape or adapt to it’s ravages, and those who don’t.

In June, the UN’s Special Rapporteur on extreme poverty and human rights, Australian Philip Alston, described this as a “climate apartheid”.

“Where the wealthy pay to escape overheating, hunger, and conflict while the rest of the world is left to suffer,” he said.

Climate action must be inclusive

So the consequences of climate inaction are horrific, even unthinkable. But climate action poses its own unique challenges, too.

If the needs of low-income people aren’t properly considered, well-intentioned programs might have the perverse effect of further exacerbating the social impacts of climate change.

Government subsidised rooftop solar schemes are wonderful, but only if you live in the private housing market (either as a homeowner or a renter) and have the means to buy into the programs.

Upgrading your home or appliances to be more energy efficient makes perfect sense (and promises savings in the long run) but for many people on low-incomes, investing in household renovations and splurging on new appliances is impossible without rebates or low interest loans.

And acknowledging climate change will increase the frequency and severity of natural disasters like bushfires and floods is critical. But this will count for little unless governments also boost funding for community organisations in at-risk areas so communities are stronger and more resilient, and can give people the support they need before, during and after the next natural disaster.

The Victorian Government—which, to its credit, accepts the science of man-made climate change and the need for action—is already working across these policy spaces in partnership with social service organisations and consumer groups, and has proven itself determined to navigate the complexities involved.

But the broader lesson is clear.

Even if governments accept the science of climate change and even if they “do their bit” to combat it, significant challenges will remain if climate action is not inclusive of all communities.

We need to get our climate response right, and ensure that at all times policies are focussed on the needs of those people in most need: people on low-incomes, people with disability, people living with a chronic health condition, people in rural and coastal areas… the list goes on.

That is why VCOSS is proud to be taking part in today’s international day of action on climate change.

Our staff will be marching in defence of the natural environment, and in support of just and equitable policy responses to the global climate emergency.

We’ll be standing up for science and for smart, evidence-based policymaking.

The message is clear: we must act quickly to combat climate change and we must act in a manner that is fair, and doesn’t exacerbate poverty and inequality in the process.

Has Climate Gentrification Hit Miami? The City Plans to Find Out.

What does climate change really mean for Victorians?

PrevPreviousHow the health sector can be part of the climate emergency solution
NextOn an historic day for the #SchoolStrike, climate justice must be centralNext