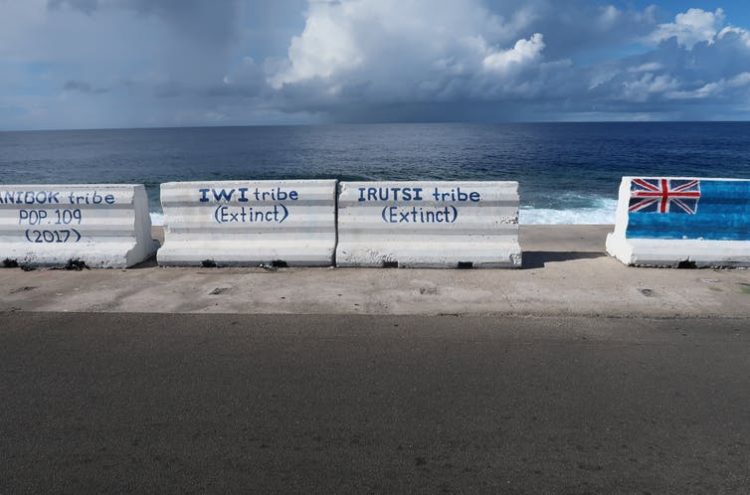 International perceptions of the Pacific Island nation of Nauru are dominated by two interrelated stories. Until the turn of the century, it was the dramatic boom and bust of Nauru’s phosphate mine, and the mismanagement of its considerable wealth, that captured global attention.

Then, in 2001, Nauru become one of two Pacific sites for Australia’s offshore incarceration of asylum seekers and refugees. As money from the extraction of phosphate began to wane, Nauru became increasingly reliant on the income generated through the detention industry.

There is a third story that is often overlooked, one that will heavily determine the island’s future. Everyone on Nauru – Indigenous Nauruans and refugees alike – is experiencing the impacts of one the greatest social, economic and political threats faced by the world today: global environmental change.

I visited Nauru earlier this month as part of my project Climates of Listening, which amplifies Pacific calls for climate and environmental justice. I spoke with public servants, community leaders, and representatives of non-governmental organisations (NGOs) about their climate mitigation and adaptation strategies. I wanted to document the changes to the island’s reefs, lagoons and landscape, and also the community initiatives to cope with these changes.

Nauru was first colonised in the late 1800s by Germany, which aimed to exploit the island’s plentiful reserves of phosphate, a prized ingredient of fertiliser and munitions. In the early 1900s Britain brokered a deal with the German government and the Pacific Phosphate Company to begin large-scale mining, which became crucial for Australia and New Zealand, who were building up agricultural and military capacity.

After the first world war, Australia, Britain and New Zealand took over full trusteeship of the island, which served as a strategic military site and was successively occupied, costing many Indigenous lives. It was not until the late 1960s that Nauru finally regained independence and took over mining activities.

By this time there were already signs that accessible land would become an issue. Nauru is small, covering just 21 square km. The mine has taken over more than 80% of Nauru’s land, and although primary production is drawing to a close, the government is considering plans for secondary mining. That would extend extraction by around 20 years before phosphate is fully depleted and Nauru’s only exportable commodity is completely exhausted, although a possible new avenue has appeared in the form of deep seabed mining.

The mine area, called “topside” by Nauruans, is like a moonscape. Huge limestone pinnacles reach skywards, punctuated by steep gullies into which, I was warned, people have fallen to their deaths. It is unbearably hot, humid and inhospitable. 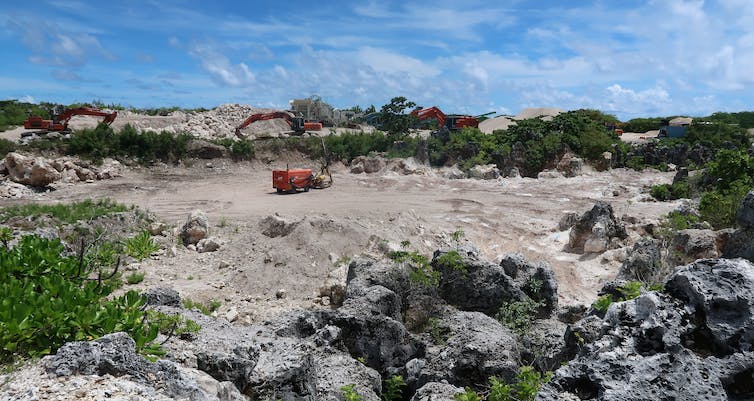 Shrinking habitable land means that most of Nauru’s growing population is clustered along the edges of the island. Around the north, coastal erosion eats away at the beach, leaving families with nowhere to go. While sea walls protect some areas, they push the waves onto others, meaning homes are flooded either way. Periodic king tides cover the only road running around the island, limiting accesses to services and resources.

Salt from the sea leaches into the groundwater supply. The water table is already contaminated with rubbish, mining effluent, and even leaks from cemeteries. While most of Nauru gets its water from the desalination plant, the delivery of the water can take a long time and when something goes wrong, experts have to be flown in to fix it. Rainwater is another option, but not everyone has a tank to catch it, and severe droughts are increasingly common.

Despite the successful establishment of kitchen gardens, which feed several families, many people on the coast feel their soil is not adequate for growing food. Food is largely imported and I was told that there are long queues whenever a shipment of rice is due to arrive. In one supermarket, cucumbers sell for A$13 each, and a punnet of cherry tomatoes costs A$20. Most Nauruans cannot afford to buy fresh produce.

Compounding food insecurity are the depleting reef fish stocks, which the government is hoping to address through the eventual establishment of locally managed marine areas. There is a plan to rebuild milkfish supplies in people’s home ponds, a species endemic to the island. However, as the groundwater is contaminated, the fish will also become contaminated. If people use the fish to feed livestock, the contamination is passed up the food chain.

Dust from the mine still causes major respiratory issues. It covers houses near the harbour, where the phosphate is processed and shipped. Locals refer to it as “snow”. 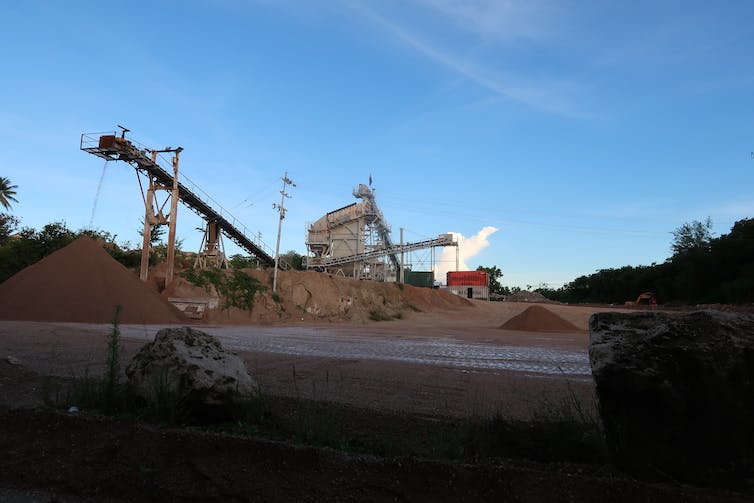 Many people commented to me about how much hotter Nauru seems to be now, and fondly recalled the more clement weather they remembered from childhood. Today’s children don’t want to walk to school in the heat, and when they arrive their classrooms are not air-conditioned.

I was also told that the combination of mining, heat and erosion, as well as possible coral bleaching, is taking a toll on the island’s wildlife diversity. Usually, in the tropics, there is a cacophony of birdsong at dusk. But at one mine site I heard a single bird, despite an abundance of trees and shrubs.

Environmental officers further recounted that in early 2018 the reef was littered with sick fish, and that Nauru’s noddy birds – a popular food source – had contracted a mysterious and deadly virus. Curiously, there have also been recent sightings of orcas and a beached dugong, despite Nauru not being on any known migratory path.

The many issues on Nauru add up to a grave threat to the island’s land, water and food security. While the idea of rehabilitating topside has been broached many times, there are no firm plans in place. This rehabilitation may be Nauru’s lifeline, given its precarious economic situation.

In order to fully understand the situation in Nauru, the climate impacts that everyone on the island is facing need to be addressed. The environmental disregard of wealthy nations hits frontline communities like Nauru first and, oftentimes, hardest.

The lives of those incarcerated on Nauru and of Indigenous Nauruans are all being detrimentally affected by choices that we, in Australia, make. This is true both in terms of allowing for human rights violations against asylum seekers and refugees, and in our continuing support for our national fossil fuel industry which is a massive contributor to global warming.

Australia plays a major role in the ongoing colonisation of the Pacific through aid, economics and security policies. It is our responsibility to push our governments to change Australia’s activities, and to support regional calls for self-determination and environmental justice.

We need to remember that Nauru wasn’t always like this. We helped make it what it is today.

PrevPreviousHistorical truth telling as a healing intervention: an invitation to the health sector to engage
NextAn essential service to be de-funded. And yes, it’s an Aboriginal serviceNext