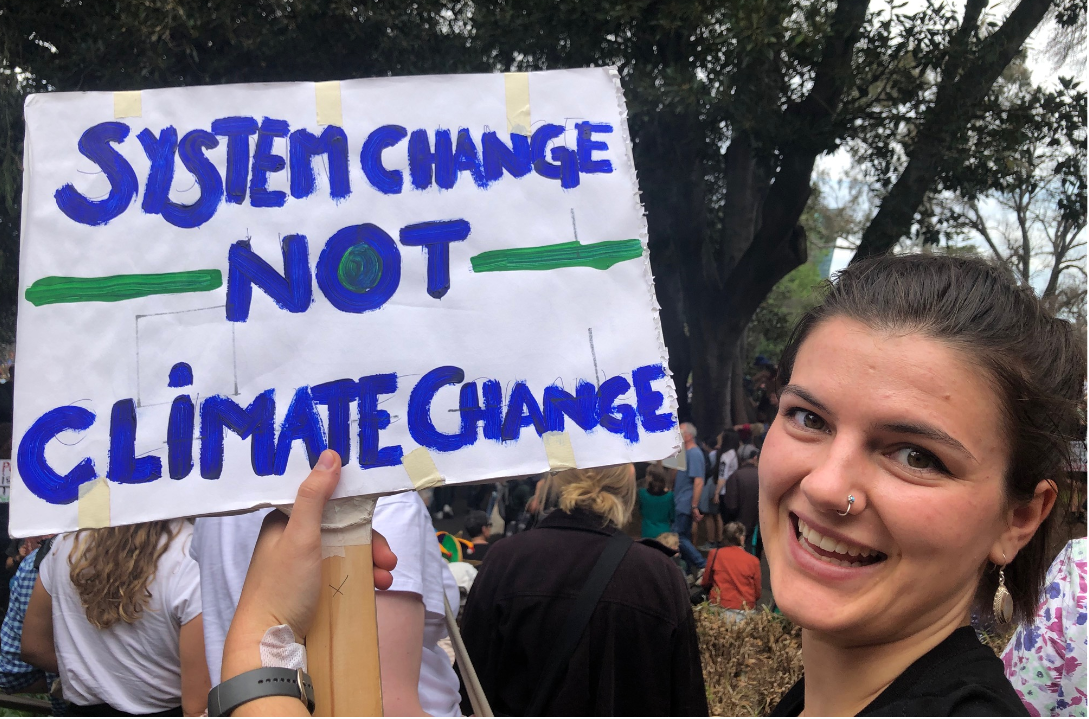 From the 20 September Climate Strike in Melbourne: Photo by Marie McInerney

Climate Emergency declarations are the first step: here’s what comes next

Introduction by Croakey: Nearly 170,000 people had by Tuesday morning (AEST) signed an e-petition urging the House of Representatives to declare a climate emergency in Australia and to act with haste to address climate change.

To date nearly 60 Australian local government areas, from Darwin to Hobart and Fremantle to Lismore, have declared a Climate Emergency, making for a total of 1,000 cities and jurisdictions across the world to do so.

Below Margaret Klein Salamon and Laura Heitman Berry outline what cities and regions can and are doing in the wake of such declarations, particularly in the face of inaction from federal governments like the US and Australia and amid moves towards an international World War II-scale climate mobilization.

Their article was originally published by US based non profit news organisation Truthout, and is republished here as part of Croakey’s partnership with Covering Climate Now, a global collaboration of more than 300 news outlets to strengthen coverage of the climate story.

Cities and jurisdictions representing over 210 million people from New York, Paris, London and Sydney to New Haven, Austin and Sacramento have joined a movement that has spread to all parts of society including colleges and universities and a variety of religious and cultural institutions.

Local governments can take immediate action to mobilize people and resources toward addressing the climate emergency in their backyards through a three-pronged approach that can be characterized as “Ban, Plan, and Expand.”

“Ban” means that after a climate emergency declaration is passed, local governments should pursue a rapid, just, managed phase-out of coal, oil and gas within the next decade.

The science is clear: We must keep remaining fossil fuels in the ground. Local governments and jurisdictions must begin to use all possible legal avenues toward phasing out fossil fuels, from zoning restrictions to prevent the construction of oil infrastructure, to mandating the shift away from oil and gas heating systems in new building construction.

Local governments should also adopt strategies similar to those used against South African apartheid. These include withdrawal of municipal investments and contracts with companies or industries contributing to the destruction of the planet, and divestment as a tool to removing the social licence of the fossil fuel industry through rejecting direct ownership and the commingling of public funds with investment in fossil fuel companies.

“Plan” refers to the deliberate democratization of local action on the climate emergency.

This process involves elevating the voices of citizens, and particularly those from marginalized and frontline communities, in a just and equitable way to ensure mobilization efforts do not represent the current state of inequality existing in our nation and around the world.

Local governments must shift their resources and priorities toward building the democratic mandate for emergency climate response.

We must begin to explore new democratic tools such as mini-publics — including citizens’ juries, community assemblies and other more deliberative forms of public engagement — to elevate and explore the public’s views and create consensus on the complex policies that restoring a safe climate will require.

Local governments can take immediate action to mobilize people and resources toward addressing the climate emergency in their backyards.

These mini-publics could inform local governments in the creation of a new Climate Mobilization Action Plan.

This plan would guide for the rapid mobilization of resources necessary to transition to a climate-safe economy and local community. It would dismiss any ideas of incrementalism and move immediately toward the strongest mobilization-scale strategies, actions and legislation possible on issues of energy efficiency, renewable energy, zero emissions transportation, ecosystem conservation, food security, and adaptation and resilience within their jurisdictions.

Necessary to steer the plan forward is the creation of state or local Climate Emergency Mobilization Department (CEMD), functioning with public oversight and transparency.

This new agency would possess real authority regarding coordination of climate emergency planning and implementation efforts within a said jurisdiction.

We see this process happening already in several cities that have declared a climate emergency: Los Angeles recently created a Climate Emergency Mobilization Department and is hosting community assemblies on the climate emergency response, while Boulder, Colorado, is creating a Climate Mobilization Action Plan with heavy community involvement, and New Haven, Connecticut, is convening a new Climate Emergency Mobilization Task Force to lead the course to zero emissions by 2030.

“Expand” refers to how we must work to expand the climate emergency movement, moving beyond incremental policy shifts to implement rapid and comprehensive action necessary to restore a safe climate.

From the expansion of public transportation, widespread ecological restoration, the rapid increase of local renewable energy generation, mandating emissions cuts from buildings, local implementation is key to responding to the climate emergency.

The strongest and most effective solutions to the climate emergency are often those driven by local communities.

The goal is to not only expand climate-safe policies and laws but to utilize thoughtful collaborative projects, networking, education and engagement with other governments around the world, academic institutions, nonprofit organizations and businesses to create a culture which makes these positive steps sustainable.

It’s a heavy lift, but doable.

Five years ago, a few friends on a shoestring budget started The Climate Mobilization with the goal of telling the truth about the climate emergency.

Less than two years ago, the first climate emergency declaration in the United States was passed in Hoboken, New Jersey. And today, The Climate Mobilization’s model has been expanded internationally with groups like Extinction Rebellion through the United Kingdom, Canada and Australia and other places.

Momentum to declare a national climate emergency by Congress is building, with over 60 cosponsors in the House of Representatives and seven in the Senate – including five of the seven U.S. senators running for the Democratic nomination for president — for a concurrent congressional resolution calling for a whole-economy mobilization response to the climate emergency.

Our hope was by helping local communities on this issue, we could begin the process of generating national support for the WWII type of mobilization necessary to prevent apocalyptic climate disaster.

As the movement has grown, we’ve realized that the strongest and most effective solutions to the climate emergency are often those driven by local communities.

Because not only is saving our planet doable – it’s something we must all do, together.

PrevPreviousHow to manage grass pollen exposure this hay fever season: an expert guide
NextWhat is overdiagnosed cancer? And why does it matter?Next