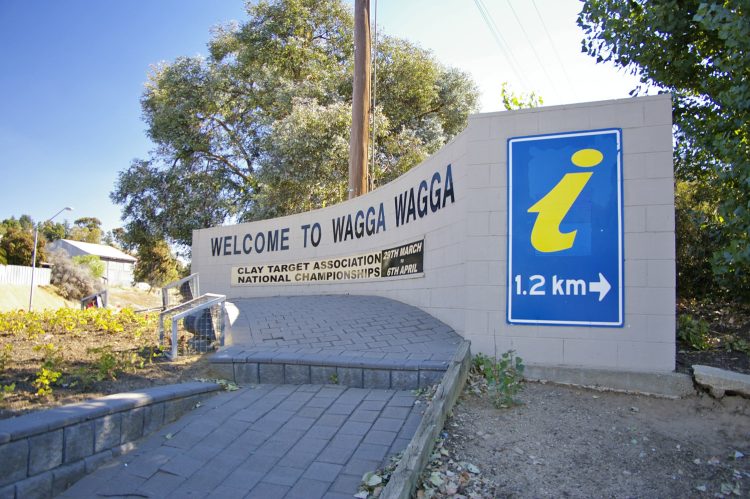 Introduction by Croakey: As a standoff shapes up over the declaration of a climate crisis in the conservative NSW Riverina town of Wagga Wagga, where flooding, droughts and bushfires have all had an impact in recent years, grassroots action and people power are emerging as the catalyst for change amid political deadlock.

Wagga, where the local MP is climate skeptic Michael McCormack — leader of the Nationals and deputy Prime Minister of Australia — made headlines after the local Council last week voted to declare a climate emergency.

There has been a backlash from some quarters of the conservative farming town to the move, which followed a concerted campaign led by local GP Dr Trudi Beck, and the motion may be rescinded at a Council meeting on Monday evening. Greenpeace is urging residents to get behind a campaign in support of the declaration.

It comes as meteorologists warn the Murray-Darling basin is in the grips of the worst drought in 120 years of records and farmers call for action, with medical professionals also urged to also take a stand.

With political deadlock at a federal level now likely to endure for another three years at least, momentum must now come from local actions such as those seen in Wagga, argues Dr Arnagretta Hunter, in this piece for Croakey, which explores whether a dearth of words has precluded decisive acts.

At a recent Climate Change Institute event ANU academic Professor Neil Gunningham commented that no government in the world has been genuinely honest with its population about the full challenge of climate change and its likely consequences.

In Australia this is true to an almost extreme level, with politicians actively campaigning to support the coal industry, and an extraordinary deliberate defunding of climate change research for both adaptation and mitigation.

The gulf between the magnitude of the problems identified by climate change researchers, and the current federal government response, is huge and growing.  At the state level things are more variable, with the recent Victorian election won perhaps in part on the basis of a promise for meaningful action on climate change.  And yet no state government has been completely honest about projections for economic and social loss and the health consequences of climate change either.

When the shock of the federal election passed, it was fashionable in some circles to articulate a positive spin on the result: the opportunities, the mechanisms by which the agenda to see climate change action can still be advanced.  And so, into this mix, went the idea ‘well, at least we can say the words climate change again in mainstream discussion’.

In fact it’s hard to overstate just how big that shift is.

For years the issue of climate change has been muffled, gagged and left wanting for resources.  This is well documented at the federal level, with loss of government funding for the Climate Council an obvious example. But there are innumerable others, ranging from the renaming, defunding or demoting in prominence of climate science initiatives through to more subtle shifts in language and emphasis. These changes have resonated through our population, leaving the words ‘climate change’ glaringly absent and mostly unsaid by government and mainstream media alike.

In a recent interview with David Runciman on the podcast Talking Politics he describes the increasing challenge of using the words ‘climate change’ in British government politics over the past decade, particularly as a government scientist.

He speaks with candour about the progressive loss of these key words from government messages, and attributes some responsibility for this to the arrival of Tony Abbott’s former advisor Australian Lynton Crobsy in London.

The price of silence

So do the words matter?

Certainly, the process of anthropomorphic climate change has continued in the face of policy silence in Australia.  But it is possible to see the effect of government silence on population engagement with the problem of climate change.

The Lowy Institute Poll on Australians’ attitudes to climate change quite elegantly demonstrates a temporal relationship between the increasing policy silence in the mid 2000s and loss of population engagement with the problem.

Wagga Wagga is in south western NSW.  It is the centre of the Riverina, a vast agricultural region.  It is a politically conservative town.  A town with a long history of loyalty to the coalition, particularly the National Party.  Our deputy prime minister, Michael McCormack is the current federal member for the Riverina, and Wagga Wagga is his home town.

Local GP Dr Trudi Beck and her friends have been increasingly concerned about climate change and the consequences for their home town.  They have worked hard in the local area and have achieved a feat many would have described as impossible:  Wagga Wagga City Council has declared a Climate Emergency.

The counter-fight against the declaration is aggressive, and even nasty, with one local councillor taking the climate change protesters to task for ‘child abuse’.  The Climate Change Emergency declaration in Wagga Wagga may yet be rescinded.

However, the declaration of climate emergency is only part of the profound achievement by this group.  Five years ago (when I lived in there) no one used the words climate change in their day-to-day discussion.  It wasn’t acknowledged.  There were no thoughts toward plans for how the town might cope with fifty-degree summers.  Or how to address the long-term viability of the agricultural industry that is central to this amazing part of Australia.

This week the words ‘climate change’ are all over Wagga Wagga.  They’re talking about climate change in Cootamundra, in Young, in Tumut and Tumbarumba.  And on the way out to Griffith, farmers who are contending with a bad drought, are reading about the young GP who wants action on climate change for their future.

Increasingly it seems that meaningful action on climate change will come from grassroots activism that leads local councils to change.  This has been happening in Victoria for some time, with many examples of locally initiated energy transition, and local government commitments to act on climate change.

The success of Helen Haines in the Indi campaign in Northern Victoria reminds us of the power of local involvement in politics.

In the Riverina the domino effect of councils giving much more thought to the problem is already apparent, as the discussion spreads from Wagga Wagga.

For many of us there is overwhelming disappointment and concern about the federal government’s failure to address the single biggest challenge in Australia.  But if we can’t have federal government action, and the state government response to it is patchy, perhaps there will be extraordinary power in our local capacity for change.

Individual action does matter for climate change, and groups together are even more powerful.  At least the words are out there now, and the ideas with them.  Just in time, I hope.

Dr Arnagretta Hunter is a consultant physician and cardiologist, and member of Doctors for the Environment Australia