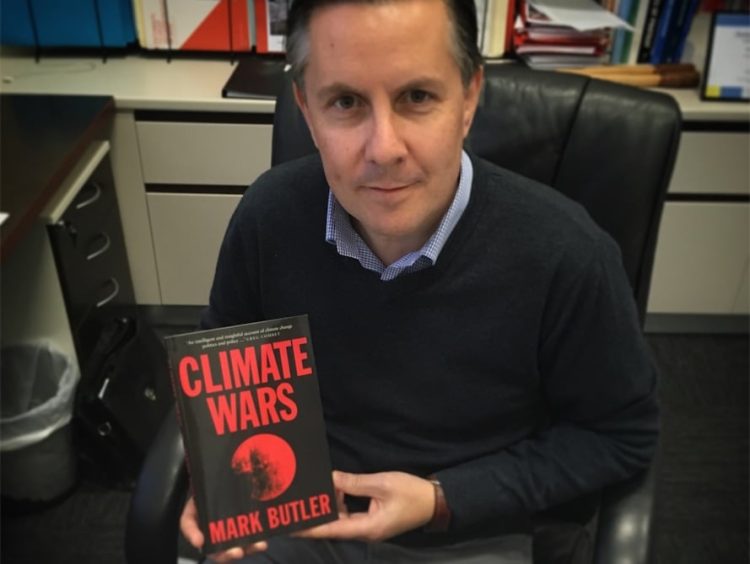 Mark Butler: "I am deeply struck by the synergies between good public health and climate policy."

As France announces plans to end coal-generated electricity production by 2022, end the sale of gasoline and diesel vehicles by 2040 and become carbon neutral by 2050,  Australia continues to drag the chain on climate change action.

Climate Wars, a new book by Mark Butler, the opposition minister for climate change and energy, is likely to be of interest to many Croakey readers, not least because the author is well placed to understand the connections between climate change and health, given his former ministerial roles in health, social and environment portfolios.

Butler, who recently joined his colleague shadow health minister Catherine King in committing to implement a national climate and health strategy if Labor is elected, writes below that climate change policy has been paralysed by “a decade of reckless vandalism and anti-science agendas which have kept us at the back of the global pack”.

He urges public health leaders and practitioners to step up in calling out the “loud minority that want to stymie action on climate change”.

The World Health Organisation has described climate change as “the defining health challenge of the 21st century”. Living in a continent where we are already pushed right up against the limit of human tolerance, that description has added meaning for Australia.

Australia is getting hotter. The CSIRO and Bureau of Meteorology tell us that we are adding an extra day, on average, above 35° Celsius every two years. We now exceed that threshold 12 more times each year than we did in the 1950s. And health professionals know better than anyone what that means for public health.

During the 2009 heatwave that sparked the devastating Victorian bushfires, 374 people died of heat-related causes beyond the bushfire fatalities. Heat-related deaths disproportionately impact the elderly and socially vulnerable, and are likely to be substantially under-reported. The same heatwave saw an incredible 700 per cent spike in cardiac call-outs for the Victorian ambulance service.

Australia’s Climate and Health Alliance predicts that heat-related deaths will double over the next 40 years. Vector-borne diseases like dengue fever will move south – to Rockhampton by the middle of the century and to northern New South Wales by its end.

In developing nations, the impacts will be far more severe. The World Bank predicts that 2° Celsius of warming will cut global cereal production by 20 per cent – but slash it by fully 50 per cent in Africa. Famine, costal inundation and an increase in extreme weather will cause immense suffering, disease and displacement.

The general public discourse in Australia about climate change doesn’t tend to focus on these health impacts. That’s strange given the scale of the impacts in a hot, dry continent. And it’s not for want of effort on the part of some great public health figures. The Climate and Health Alliance publishes valuable work as have academics like the internationally renowned Tony McMichael, who tragically died recently. From living treasures such as Fiona Stanley to medical students who are active in groups like Doctors for the Environment, there is a groundswell of activism and advocacy in the health community for strong climate action.

But we need better leadership too in public life. I’ve had the privilege of working in the health and climate change portfolios over the past eight years. I am deeply struck by the synergies between good public health and climate policy. That’s why Labor’s Shadow Health Minister, Catherine King, and I have committed to establishing a Climate and Health Strategy if elected to government – in keeping with the recent calls from the Climate and Health Alliance.

And it’s why I’ve written at length about these policy links in my book Climate Wars. Policy on climate change in Australia has been paralysed by a decade of reckless vandalism and anti-science agendas, which have kept us at the back of the global pack.

Public health leaders and practitioners can play an important role in calling out that loud minority that want to stymie action on climate change – not only to help our climate, but also for the health of our community. 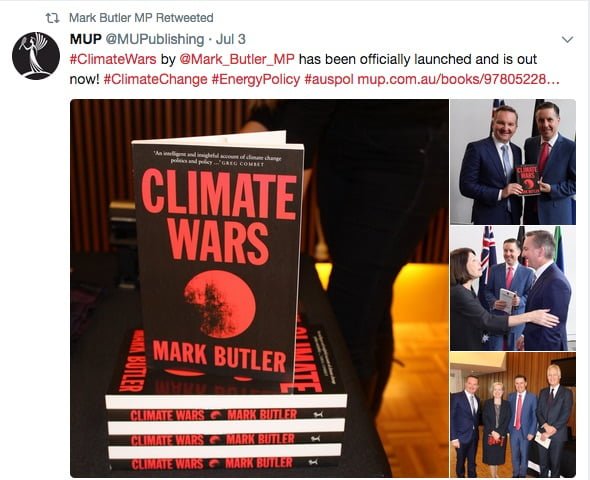 • Royalties from Climate Wars are donated to the Hazel Hawke Alzheimer’s Research and Care Fund. The book is available for sale direct from Melbourne University Press.

• Read an edited extract in The Guardian.

PrevPreviousPostcard from an American holiday – “for us this was not a medical disaster but a medical miracle”
NextDefying Empire: An exhibition not to missNext