Closing the gap in Indigenous health: how will we know? 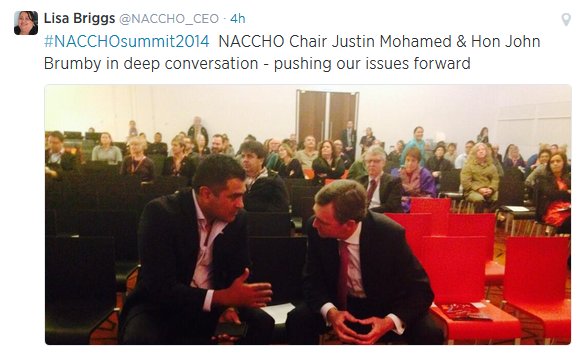 Two important reports on Indigenous health were released today amid continuing fears about the future of independent reporting and accountability on health and welfare in Australia in the wake of the axing and merger of key Federal Government agencies.

The report showed a significant improvement was made in closing the gap in the number of child deaths—the Indigenous rate decreased by 35 per cent over five years, however Indigenous Australians are three times more likely to die of an avoidable cause. Brumby said:

This finding underlines two things that NACCHO well knows if we are to close this terrible gap in life expectancy:

In his speech, Brumby said the rate of health checks has more than doubled for all Indigenous age groups, while the significant improvement in child death rates is partly due to increases in immunisation rates and health checks: proof of “what can be achieved when governments and community stakeholders, such as NACCHO and others work together.” 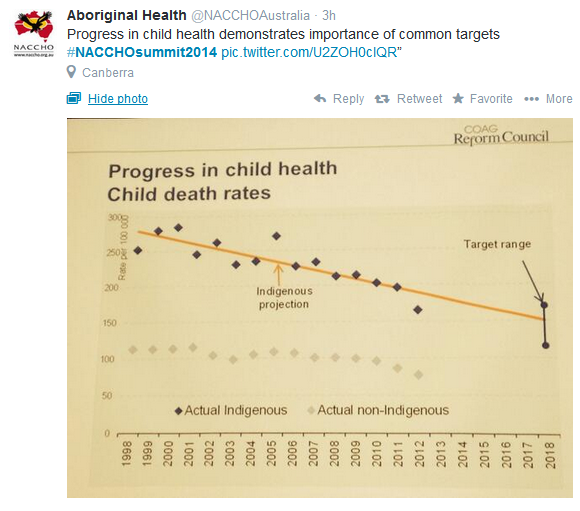 The report also adds to the weight of evidence about the likely impact of the Federal Government’s proposed $7 health copayments, showing that cost was a barrier for one in eight Indigenous people seeing a GP, for one in five visiting a dentist and for one third filling a prescription. Brumby said:

When people start to avoid going to their primary or community care provider because of cost or other reasons, they often end up in hospital.

And, what we found was that rates of potentially preventable hospitalisations for Indigenous people were already three to four times higher than rates for other Australians.

These results provide context for governments when they are considering policies around access to primary care. Governments should be careful that they do not put up barriers to healthcare access for Indigenous people as it may undo the good work that has been done in this space over five years and end up creating a different burden on the hospital system.

Justin Mohamed said NACCHO the national organisation was “really worried” that the millions of dollars being cut from across Aboriginal affairs at the federal level, plus Budget measures like the co-payments and harsh cuts to unemployment support for young people, “could potentially push the closing the gap targets even further from reach.”

“It’s now been more than a year since the National Partnership Agreement has lapsed and we still don’t have any clear advice on how states, territories and the Commonwealth plan to coordinate addressing the closing the gap targets.:

“Now there will be no independent umpire able to evaluate progress – or lack of it – and hold state and territory governments and the Federal Government accountable.”

“The Federal Government must urgently outline how it plans on keeping this priority of health and social reform on track during the long-term commitment needed to close the gap.” 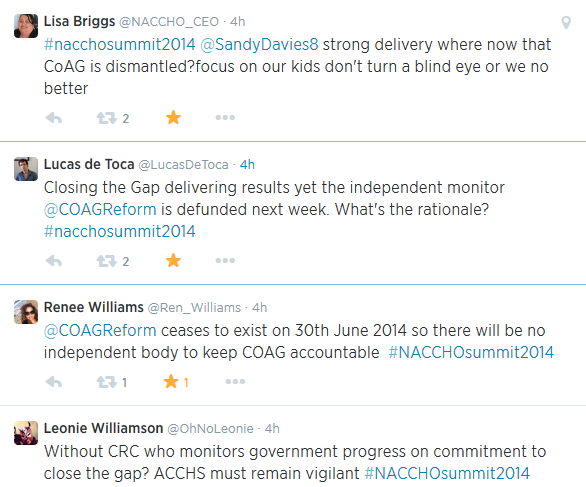 Brumby told the conference that Reform Council did not know for sure who will be reporting on the targets to close the gap in the future, though it had been suggested that the Prime Minister’s department will report on achievement of targets.

He said he had great respect for the Department of Prime Minister & Cabinet but:

“…what the COAG Reform Council did that was particularly special was hold governments to account on the promises they have made, but did so independently of any one government….

That independence ensured that our reporting was impartial and objective. Who will do this in the future?”

Brumby said it was crucial that any future design of performance reporting frameworks and targets must involve Indigenous stakeholders as equal partners, saying consultation with governments is required under the Intergovernmental Agreement (IGA) on Federal Financial Relations: “It should extend to key Indigenous stakeholders such as the Closing the Gap coalition.”

See the full report and media release and a previous Croakey Q&A with Brumby about the closure of the COAG Reform Council.

There is much concern in the social and health sectors about the loss of its research, however it moved today to allay concerns about its next big report: Australia’s welfare 2015: 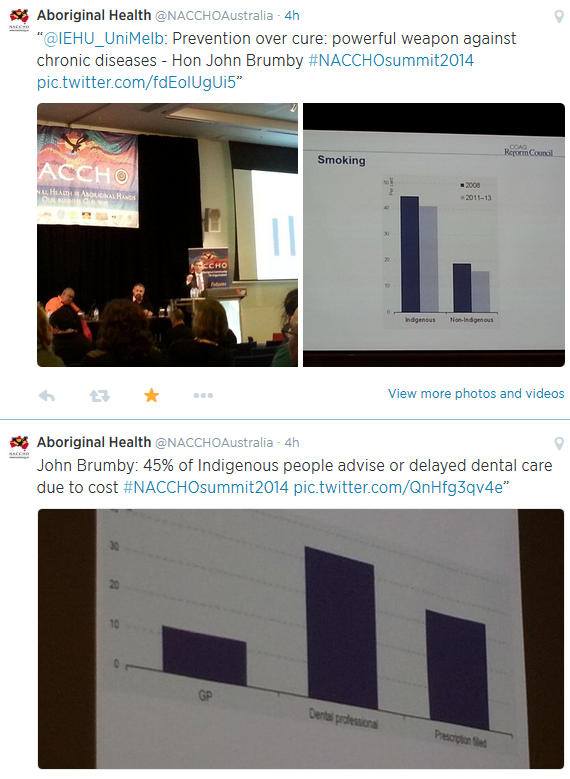 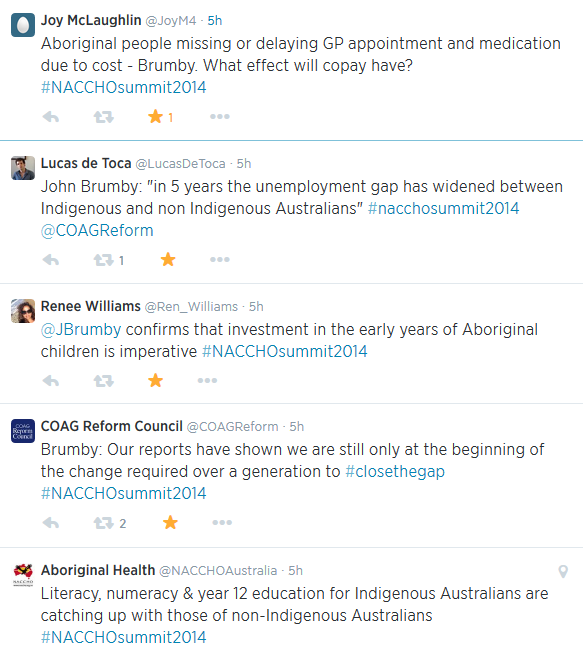 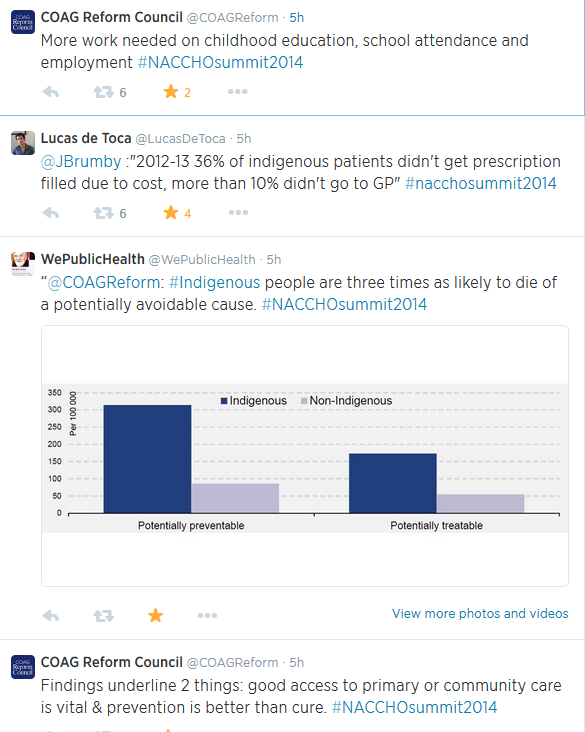