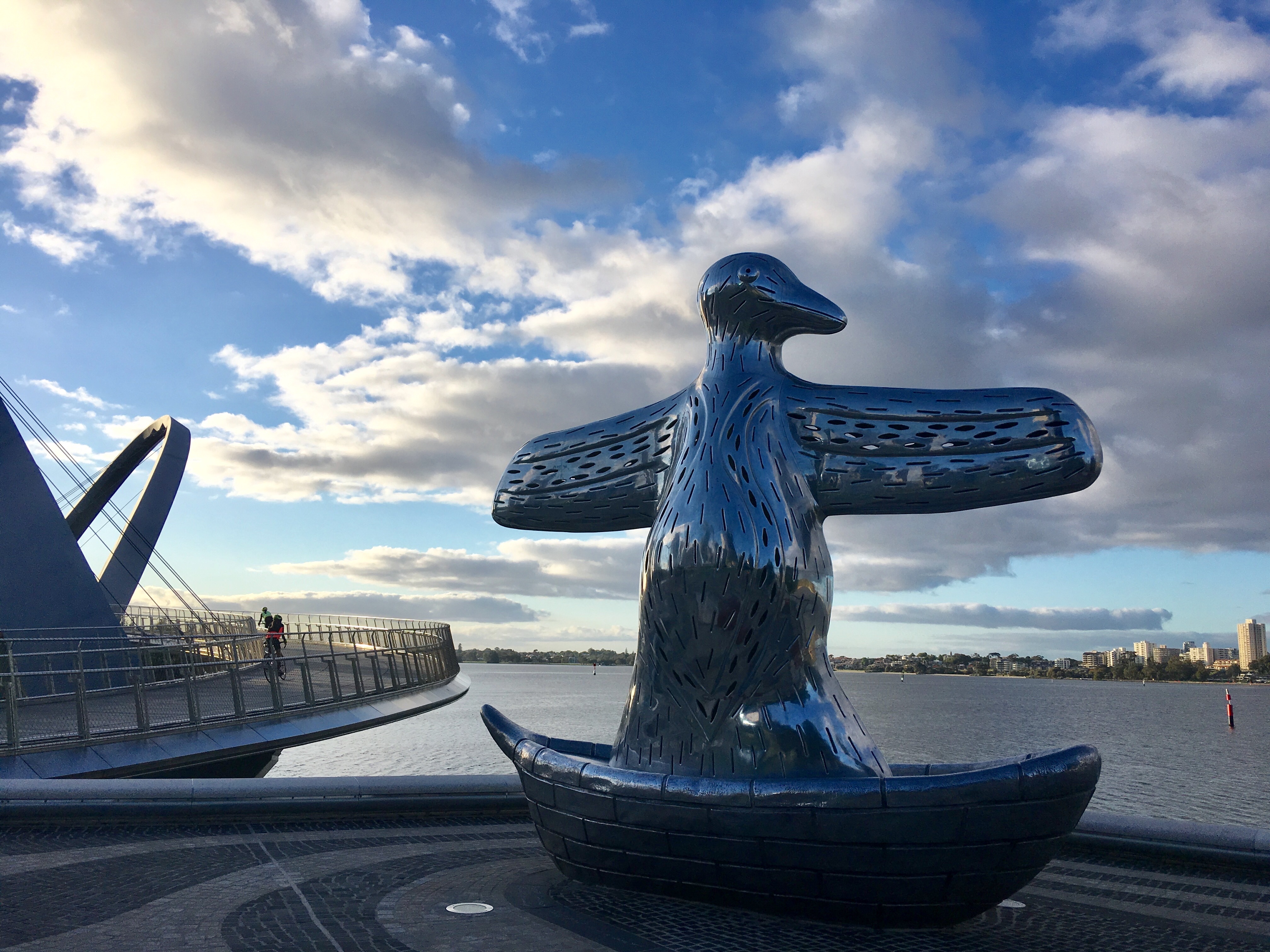 Amid the release of two pivotal reports last week (coverage of the Interim Report into Aged Care Quality and Safety, and the Productivity Commission Draft Report on Mental Health will continue at Croakey), the Council of Australian Governments (COAG) Health Council met last week.

Health Ministers from each state and territory joined the federal and the New Zealand ministers in Perth,  releasing their customary communique after the two-day meeting.

This is worth reading in full, but here are some highlights.

Up for discussion were several items to be included in the second tranche of reforms in the ongoing process of amending the Health Practitioner Regulation National Law, with a request for a draft bill to be presented to the COAG Health Council late next year or early 2021.

The Council had previously requested that Australian Commission on Safety and Quality in Health Care (ACSQHC) independently assess the new standard’s removal of the requirement for a structured professional relationship between dentists, and dental therapists, dental hygienists and oral health therapists.

The review (which doesn’t seem to be available online) reportedly found that there was no evidence the change would negatively impact on patient safety and quality, and that there may be benefits for access.

A significant development was the Council’s agreement to make quality use of medicines and medicine safety Australia’s tenth National Health Priority area.

Much work is already underway in this area and the Council has called for a baseline report to inform improvement of the current frameworks, best practice models, and new national standards. 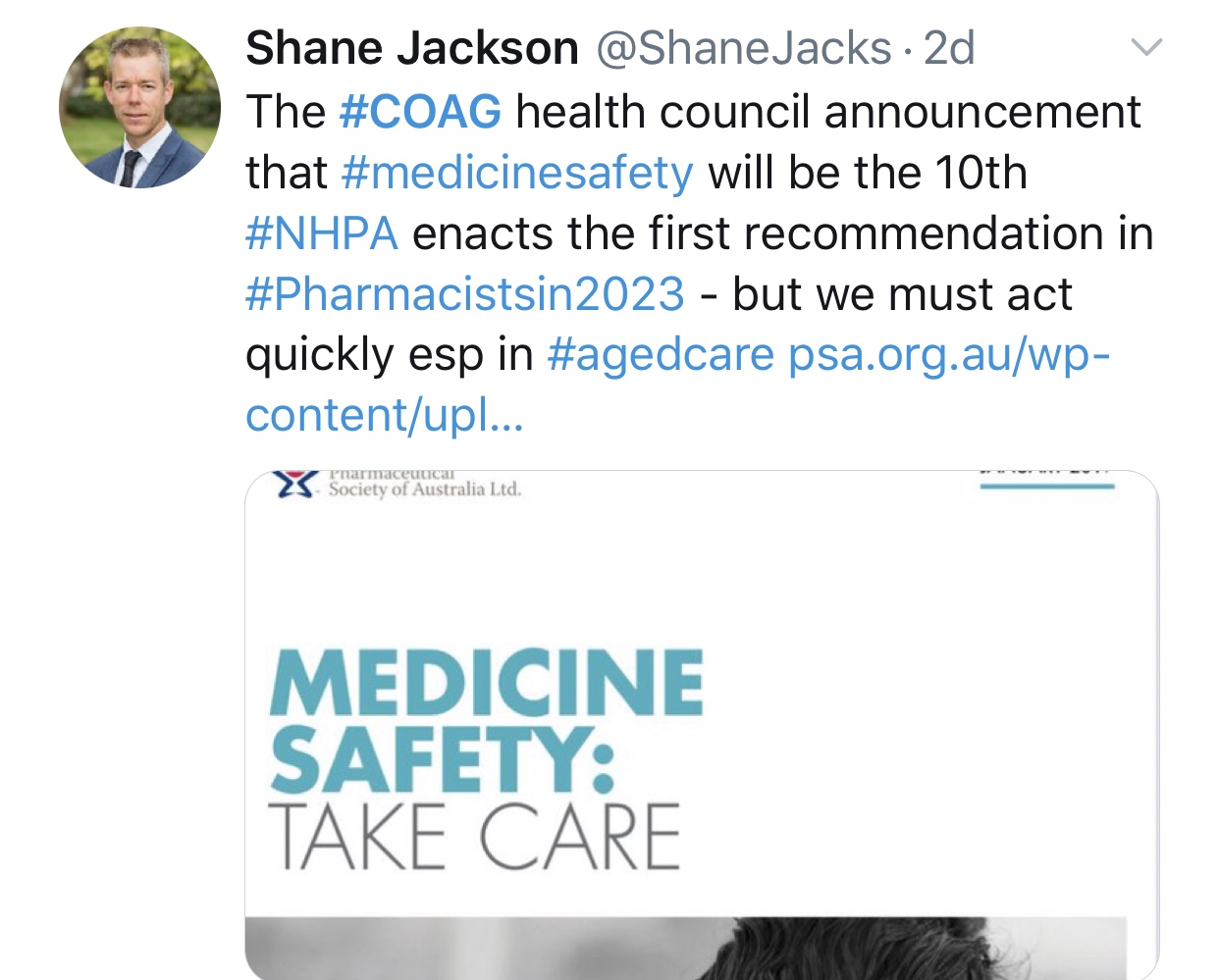 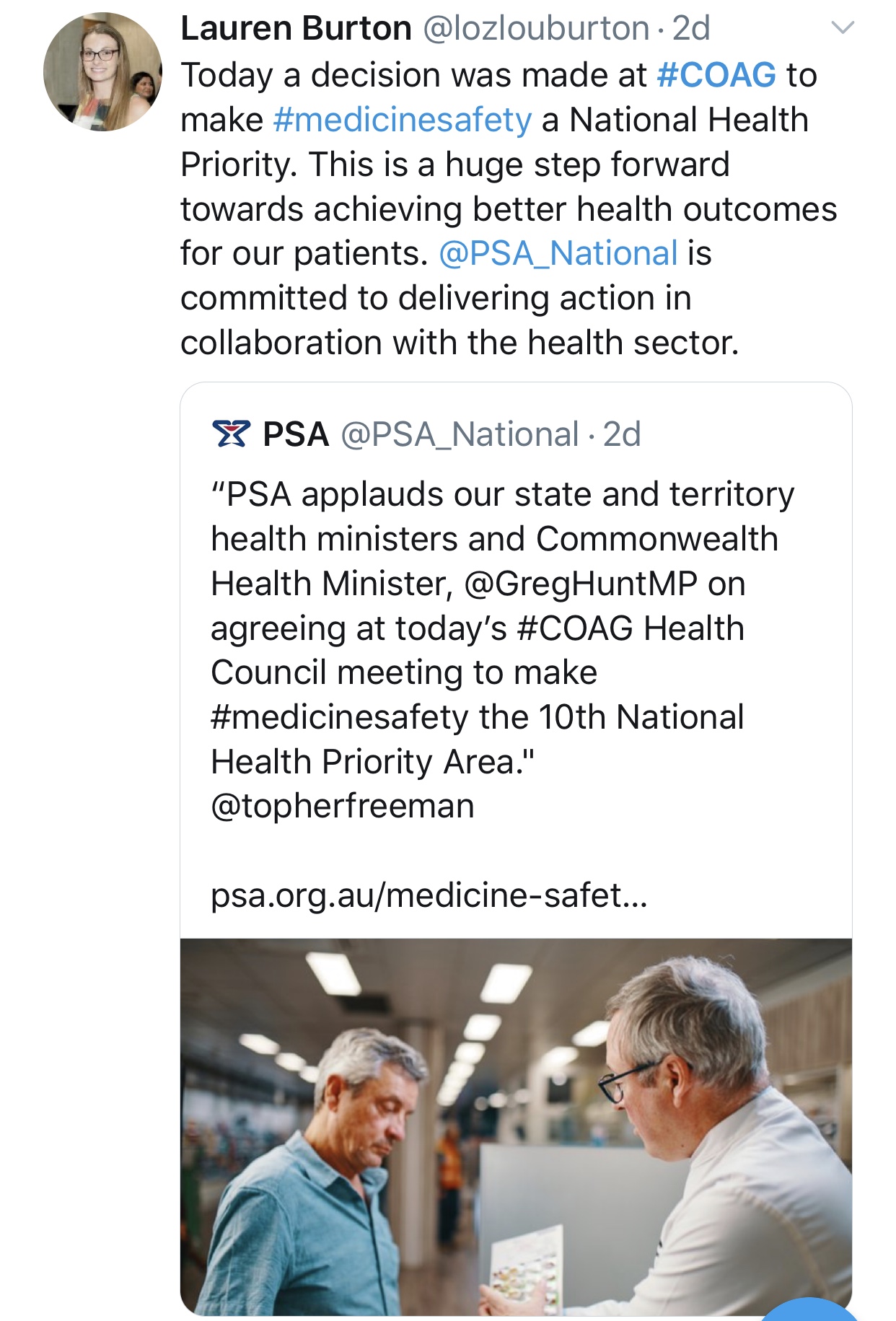 Also significantly, a new national strategic approach to maternity services was endorsed. The document, Woman-centred care, Strategic Directions for Australian Maternity Services will apparently be available soon on both the COAG Health Council and Commonwealth Department of Health websites.

The findings of an Independent Review of Chiropractic Spinal Manipulation in children aged less than twelve years, commissioned by the Victorian Health Minister, Jenny Mikakos and undertaken by Safer Care Victoria, were discussed.

The review, released last week, found no evidence of benefit for a range of conditions for which spinal manipulation is often performed, some cases of harm, a thin evidence base, a lack of informed consent and poor monitoring of outcomes.

It also established that this is a bit of a hot button issue, with 21,824 submissions received from members of the public and 2735, from practitioners, the vast majority of which were supportive of the procedure.

The Review has been referred to the Australian Health Ministers’ Advisory Council (AHMAC) for further consideration.

The findings of the randomised controlled trial to test the effect of reduced merchandising of soft drinks and other discretionary foods in remote stores, Healthy Stores 2020, prompted the Council to encourage all retailers to work to encourage healthier food consumption – but was not reported to have prompted any policy discussion. 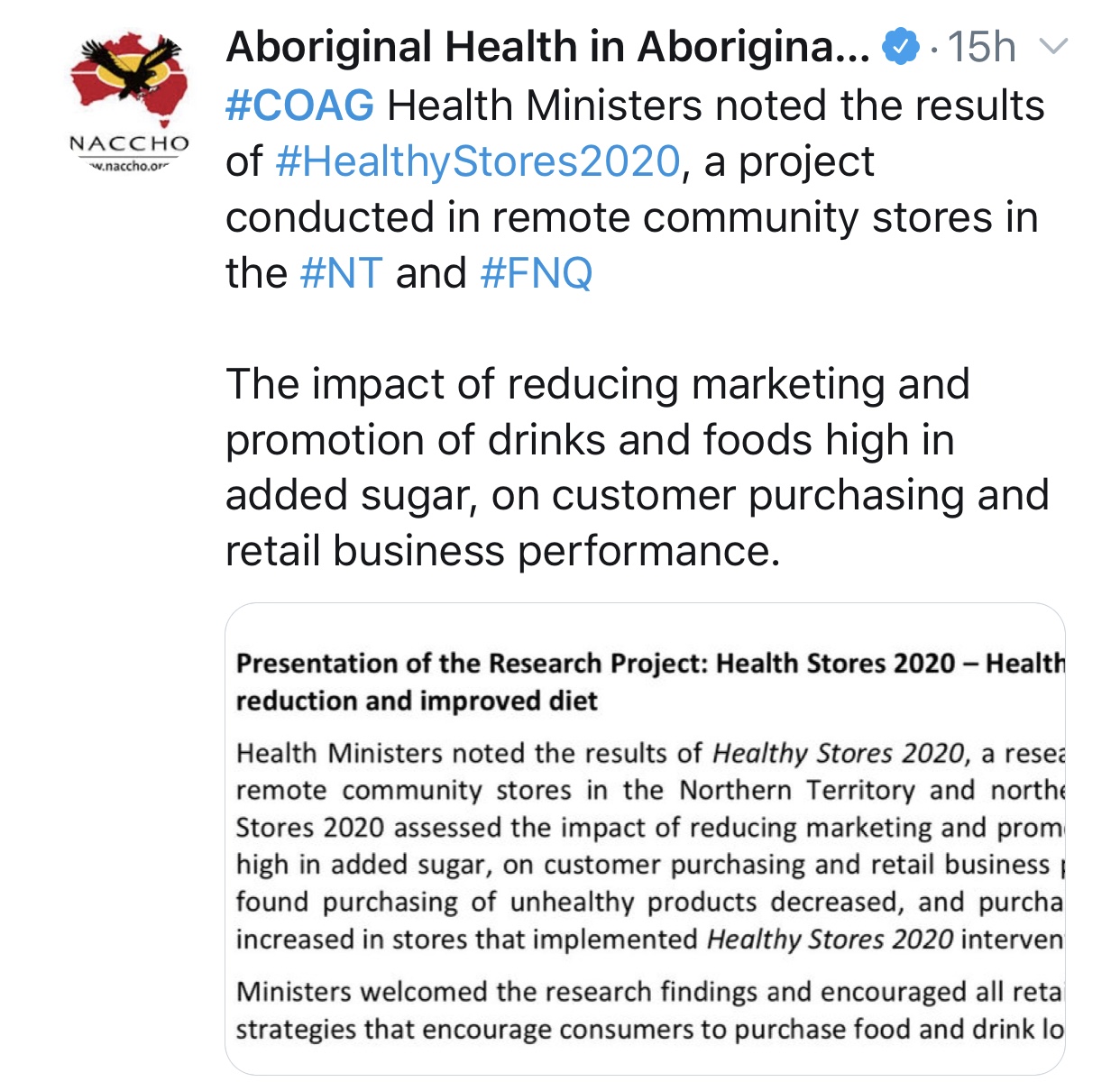 The medical workforce was on the agenda, with the approval of a Scoping Framework for the National Medical Workforce Strategy, and an undertaking to support the continuation of this work.

Months after the introduction of (Gayle’s law) in South Australia, the Council discussed the importance of supporting the safety and security of the health workforce throughout Australia.

Under Gayle’s law, remote-working health practitioners in South Australia must be accompanied by a second responder when attending an out of hours or unscheduled callout.

Other juristictions, such as the Northern Territory, are keen to develop tailored policies and procedures of their own.

There was agreement that Australia needs for an equitably resourced, coordinated and sustainable national response to high rates of Sexually Transmitted Infections and Blood Borne Viruses on Aboriginal and Torres Strait Islander peoples, and an undertaking to examine fragmentation in mental health care. 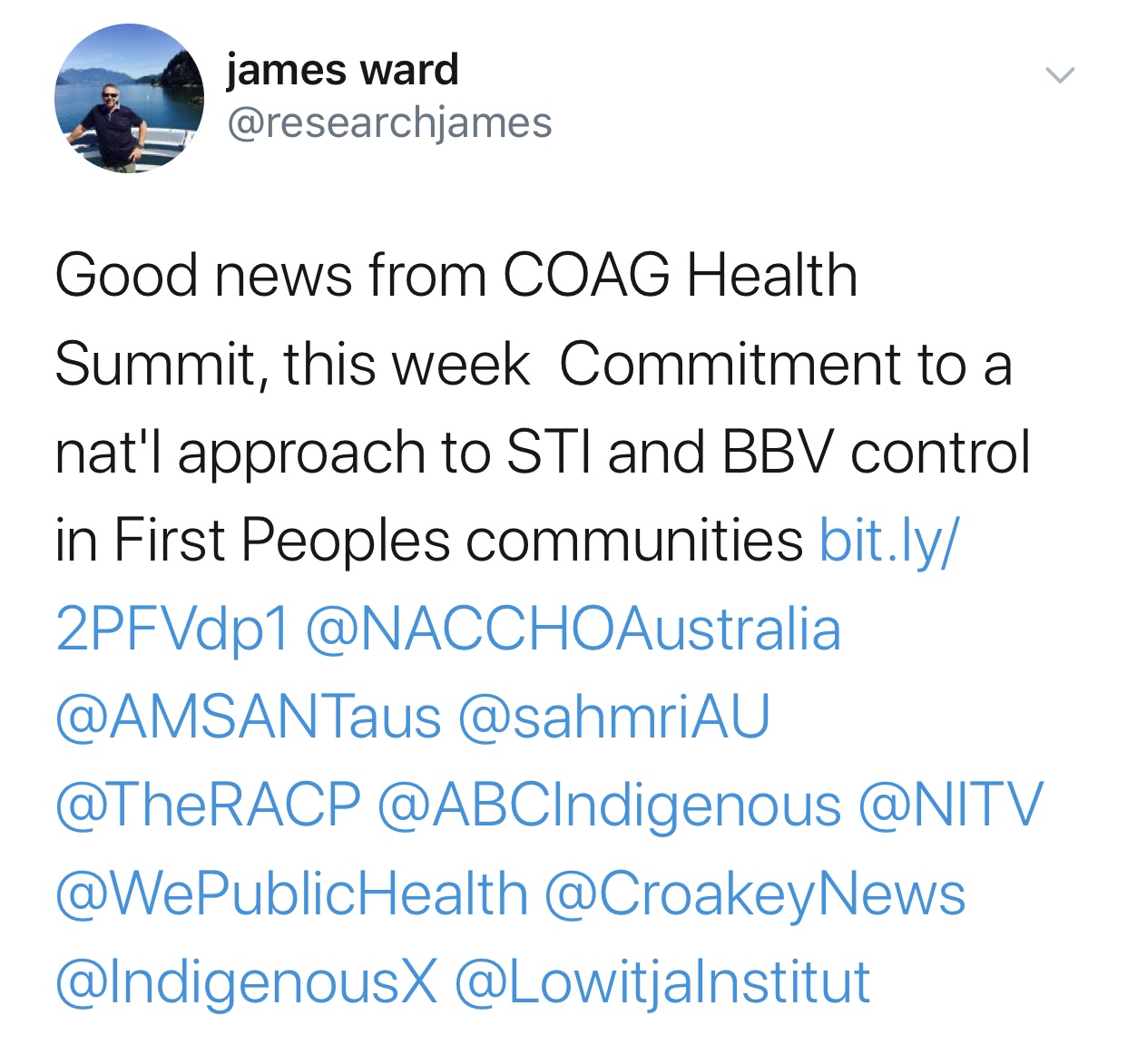 End-of-life issues were up for discussion, specifically with an update on the progress of the Comprehensive Palliative Care in Aged Care Measure, and a decision to ask the MBS Review Taskforce to look at the efficacy of introducing a specific item number for GPs to prepare advanced care directives.

Finally, COAG Health Council members expressed “deep concern at emerging evidence of serious health risks associated with e-cigarette uptake by non-smokers and, in particular, young people,” and committed to the ongoing restrictions on vaping in Australia.

The Council has also asked the Chief Medical Officer to urgently review the safety of non-nicotine vaping, and report back.