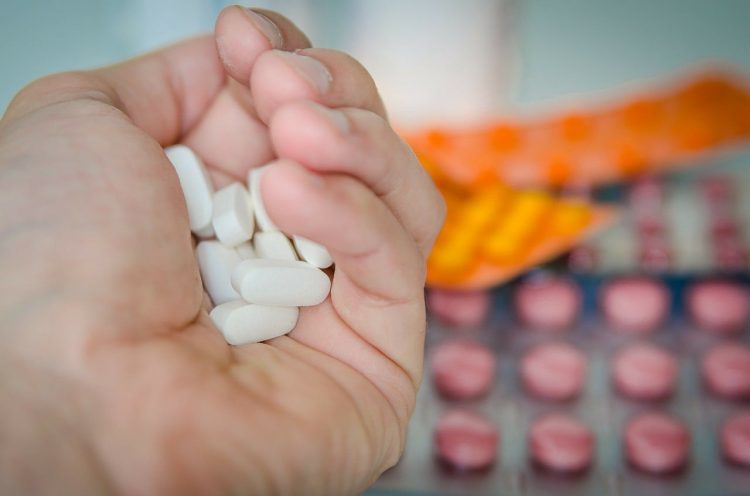 Codeine up-scheduling – a test of lobbying vs evidence

Australian Health Ministers today will face a test today when they debate whether to overturn a decision by federal regulator the Therapeutic Goods Administration (TGA) to change codeine from Schedule 2 or 3 to Schedule 4 (prescription only) in February 2018.

The TGA made this decision based on substantial evidence that it would increase patient safety and reduce the risk of abuse.  This evidence also demonstrates that codeine is not effective for treating chronic long-term pain and that there are serious risks of harm associated with codeine use, including dependence, toxicity and death.

The move will also bring Australia into line with 26 other countries, including the United States, Japan and most of Europe, where codeine is only available with a doctor’s prescription.

It may seem surprising therefore that there has been some objection to this decision but in fact it has been the subject of some of the most heavy political lobbying in the health portfolio this year.

Who is in favour of the TGA decision and who is opposing it? What will it mean if the Health Ministers overturn the decision? Jennifer Doggett provides some background information and analysis below.

The move to up-schedule codeine has been supported by Health Minister Greg Hunt, along with a coalition of consumer, medical and pharmacy organisations who are urging the Health Ministers to uphold the decision.  Among the comments from peak medical, health and consumer groups are the following:

Associate Professor Adrian Reynolds, President of the Chapter for Addiction Medicine within the Royal Australasian College of Physicians said: “Those who are seeking to pare back codeine upscheduling cite ‘practicality’ as their reason to continue to allow these drugs to be supplied, especially in rural areas. Practicality is a word people often use when they don’t want to do the right thing. Practicality is also irrelevant when we know there are safer and more effective alternative medicines than codeine available.

Painaustralia CEO, Carol Bennett says: “We need to see better responses to pain – over the counter codeine is not one of those responses for people experiencing chronic pain.  Health Ministers have an opportunity to save lives and reduce the growing rate of codeine dependency and harm in Australia.

RACGP President Dr Bastian Seidel:  State governments must not water down codeine safety measures. The evidence is clear. Codeine is dangerous and the current situation is leading to severe negative health outcomes.

CHF Chief Executive Officer, Leanne Wells: Consumers need to hear the best evidence-based medical advice.  When there are better medically-proven pain relief options like combination ibuprofen and paracetamol, taking codeine without a script should not remain as an option.

The Society for Hospital Pharmacists of Australia Chief Executive Kristin Michaels:  Hospital pharmacists see the very worst of opioid misuse and dependence.   ‘Our members treat Australians, in primary and acute settings, who are taking codeine but gaining no therapeutic benefit. As Australia’s only pharmacy organisation to back limiting codeine access as part of our Choosing Wisely recommendations, SHPA supports all government initiatives that reflect the weight of clinical evidence and prioritise patient safety.’

RDAA President Dr Ewen McPhee: Too often, rural doctors see the negative health outcomes of codeine overuse and addiction in their patients.  Some doctors have told us of patients who present to them feeling unwell, and then advise they have been taking up to 20 tablets containing codeine each day! Patients can become easily addicted to codeine, and overuse can lead to very serious conditions including liver damage and internal bleeding. Given this significant danger, it is critical that codeine is only available by prescription, and that patients are prescribed codeine only after being properly assessed by a doctor — in many cases, there may be just as effective alternative medicines with lower risk for the patient.

However, the decision has been criticised by a pharmaceutical groups, Australian Self Medication Industry (ASMI) and the Pharmacy Guild, which argued the drug should be kept available over the counter but with real-time monitoring system in place.

Deon Schoombie, ASMI Chief Executive Officer, said “ASMI strongly supports the appropriate and responsible use of all medicines, and a Schedule 4 entry is no guarantee against misuse.  Pharmacists are required by law to determine whether it is appropriate to supply OTC analgesics containing codeine. Any suggestion to make all codeine products prescription-only disregards the expertise of pharmacists and their important role in the frontline of primary care.”

The Guild’s view is that the decision to up-schedule medicines containing codeine to be available only with a prescription will add to overall healthcare costs and do little to address the misuse of these products by some patients.

The National President of the Pharmacy Guild, George Tambassis, said the decision to up-schedule the medicines was short-sighted and ultimately would only add pressure to the already financially stressed health system while also increasing the burden on already over-worked doctors.

“What this decision means is that patients will have to go to their GP and get a prescription for these products every time they need them,” Mr Tambassis said, “It will limit access to these medicines for people with genuine medical needs.”

While there are some reports that the Guild has recently changed its position on the up-scheduling but the most recent public comments made by a Guild spokesperson do not state any change in their position.

Both organisations have members who benefit financially from selling codeine and who therefore may lose revenue if its availability is restricted.  They have reportedly been lobbying health ministers strongly behind the scenes to overturn the decision.

The outcome of today’s meeting can be seen as a test of the power of self-interested lobbying against the weight of medical and scientific evidence.

The COAG Health Council failed to reach agreement on the up-scheduling of codeine.  The following statement was released in response by a coalition of health and medical groups.

Key medical, hospital pharmacy and consumer groups are disappointed with the lack of public commitment shown by Health Ministers to uniformly back the Therapeutic Goods Administration decision to upschedule codeine-containing products to prescription-only from 1 February 2018.

This is a lost opportunity to save lives and reduce harms from codeine. A lack of clear decision indicates Australian Health Ministers might not acknowledge or accept the overwhelming scientific evidence that shows codeine-containing medications are harmful and their accessibility must be limited to protect the health of our community and minimise preventable deaths.

If State and Territory Health Ministers don’t commit to the TGA decision to upschedule codeine it will put Australia at odds with the evidence and the action that has been taken in 26 other countries, including the USA, most of Europe, Hong Kong and Japan.

The misuse of codeine products has resulted in a significant number of deaths in Australia. Between 2007- 2011, the latest years for which audited coronial data is available, there were 573 deaths due to codeine where morphine was not detected, 575 deaths where codeine and morphine were detected together and 769 deaths that were attributed to a possible codeine combination product. This compares to 1,127 deaths from heroin for the same five-year period.

We urge all health groups to unite in ensuring consumers and the medical community have access to evidence-based, accurate and timely information. People need to have the facts about codeine. Improved access to multidisciplinary pain management programs in cases of chronic pain will also be important.

The apparent lack of a public consensus by Health Ministers at Friday’s meeting to a uniform view in support of the evidence behind the TGA has been criticised by key experts and consumer groups, including:

Painaustralia Chief Executive Officer, Carol Bennett: “The lack of a decisive statement from our country’s health leaders on codeine upscheduling is very disappointing.  It flies in the face of very clear evidence, international action already taken to restrict the ready availability of codeine and the public health interests of Australians who will continue to experience growing harms, hospitalisation and overdose if it remains on chemist shelves.”

President of the Royal Australasian College of Physicians, Dr Catherine Yelland: “The TGA has carried out a comprehensive review of the evidence and worked closely with all stakeholders and the wider community in making this decision.  We know that upscheduling codeine will be an adjustment for doctors, pharmacists and patients. But keeping these combination medicines available over-the-counter can’t be justified given what we know about these medicines and the harm they cause. This change will reduce opioid harms in the Australian community and save lives.”

CHF Chief Executive Officer, Leanne Wells: “There is no doubt that there are high levels of chronic pain in the community. This can be extremely disabling for people but the fact is there are safer alternatives to codeine which offer more effective therapeutic benefits. The need for public education about these is critical.”

The Society for Hospital Pharmacists of Australia Chief Executive, Kristin Michaels: “Hospital pharmacists see the very worst of opioid misuse and dependence. Our members treat Australians, in primary and acute settings, who are taking codeine but gaining no therapeutic benefit. SHPA is Australia’s only pharmacy organisation to back limiting codeine access as part of our Choosing Wisely recommendations, and today’s decision is a disappointing missed opportunity to reduce preventable Australian deaths.”

RDAA President, Dr Ewen McPhee: “The TGA’s advice that codeine only be available via prescription was developed with nothing but patient safety in mind, especially in light of the growing number of deaths and other health issues associated with unsupervised use of the medication. It is just as important for patients in rural and remote areas suffering chronic pain to consult with their GP, with evidence showing that low-dose codeine is often not effective in managing these conditions. RDAA was disappointed that a decision about codeine couldn’t be reached at the meeting.”