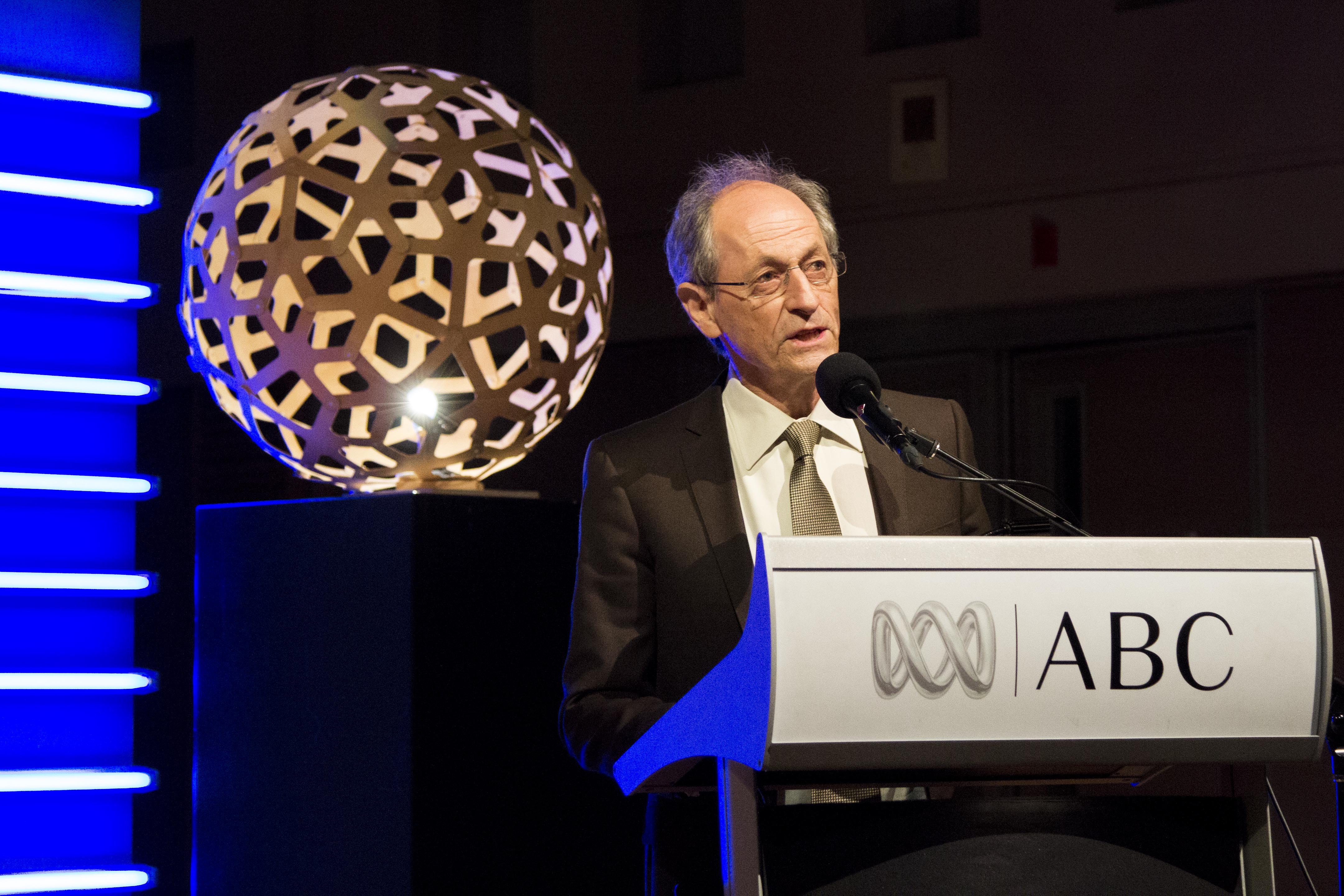 “Come and join me in my fantasyland and let’s seek a more just society” declared World Medical Association president Sir Michael Marmot, launching what promises to be a captivating Boyer Lecture series for Australia’s Radio National exploring disparities in wealth and health.

In a wide-ranging address setting the scene for his remaining lectures, Marmot began by linking civil unrest and ill health to a common root — poverty, education and job opportunities — invoking Martin Luther King Jr’s maxim: “A riot is the language of the unheard”. (Timely words given events this week in Kalgoorlie)

"A riot is the language of the unheard" MLK, a fitting quote delivered by Prof Marmot today at #BoyerLectures #blacklivesmatter

He issued a ‘grand claim’: that health was a better measure of a nation’s social progress than incomes or GDP, and said he could tell a great deal about Australia based on such metrics.

“I would know that Australia is a well-functioning society because life expectancy is near the top of the world rankings,” said Marmot.

Health as more meaningful indicator of progress than GDP our favourite #MarmotOz #BoyerLecture moment. Invited us all to #SDOH #fantasyland!

The second part of his ‘grand claim’, said Marmot, was “these inequalities are unjust, precisely because we know what to do to put them right.”

Marmot said the link between social deprivation, ill health and crime was “all too obvious in Australia”, citing the “enormous” 11-year life expectancy gap for Indigenous people and other statistics including:

On the last point, Marmot said “some of that appalling excess will be higher crime rates linked to deprivation, and some will be discrimination through all parts of the justice system.”

Across Australia, he also cited research that showed men and women in their 40s with fewer than 12 years of education have a 70% higher mortality risk than the nation’s most educated.

In Britain, and most likely also in Australia, Marmot said the average person could expect 8 fewer years of healthy life than the richest in society, translating to earlier onset of physical frailty and cognitive decline “and, of course, fewer years of life”.

These disparities reflected entrenched disadvantage in the social determinants of health , he said.

“Health and inequalities in health are closely linked to the conditions in which we raise our children, the education we get, the neighbourhoods in which we live, the work we do, whether we have the money to make ends meet, our social relationships, our care for the elderly,” said Marmot.

“These conditions of life that matter to us are strongly influenced by the decisions that societies make and, indeed, global decisions that influence our social environment.”

Empowerment at the epicentre

Drawing on more than 40 years of research in the social determinants of health, Marmot walked a packed audience at the ABC studios in Sydney through a series of case studies in economic and social inequality.

From the US city in Baltimore, where the life expectancy gap was 20 years between richest and poorest, to the 2015 Tottenham rioters and civil servants of London, a common theme was abundantly clear: a sense of agency and control were central to wellbeing.

Marmot said there was now clear evidence for a causal pathway from social position and a sense of helplessness in life and at work to biochemical pathways altering metabolism and increasing the risk of diabetes and heart disease.

On Indigenous disadvantage, he said it was evident in Australia as elsewhere that process was as vital as outcome and top-down approaches were counter-productive.

“The degree of community control of services, of cultural continuity, can make a huge difference,” said Marmot.

“Where there’s top-down designed programs from Canberra or Sydney or Melbourne, they all fail. It needs funding, so the government is vital, but the community needs to take control of its own destiny.”

Marmot pointed to Costa Rica as a success story, where life expectancy for men was 77 (equal to the US average and much higher than the poorest in Baltimore) despite average annual income of just US$13,ooo. The secret? Its military was abolished in 1947 and all the funding diverted into social infrastructure — education, social services, clean water and housing.

This showed that “where health is concerned, it’s not only how much money you have but how much you have relative to the environment in which you find yourself,” he said.

In the United States, for example, he said an “epidemic of disempowerment” had seen a spike in mortality among non-Hispanic white Americans aged 45-54 at the same time as it was falling elsewhere globally. Overdoses of alcohol, drugs and prescription opiates were the leading cause, closely followed by suicide, chronic liver disease and violence.

“It’s disempowerment on a grand scale,” he said.

A threat to cohesion

Income disparities were not only poor for health, said Marmot, but actually posed a threat to society.

The wealthy tended to control the polity and drive down taxes for self-interest, eroding the revenue base and ability to invest in social programs, which deepened divides and “clearly threaten social cohesion”.

“When you get these big income inequalities we don’t have a shared purpose. The rich lead very different lives to the poor,” he said.

Though he didn’t offer solutions on Thursday — promising to address this in subsequent lectures — Marmot said action would require “greater equity of power, money and resources,” a concept that on Monday saw him branded as living in fantasyland.

It would involve what Thai people described as the “triangle that moves the mountain”, he said — government, the people (including civil society) and the academy, or knowledge

Invoking Martin Luther King Jr’s ‘I have a dream’ moment, Marmot asked the audience to imagine that instead, he had declared ‘I’ve been told I’m in fantasyland, we should accept the status quo and seek incremental change.’

“There would never have been a civil rights act,” he said.

“I say come and join me in my fantasyland, and let’s seek a more just society.”