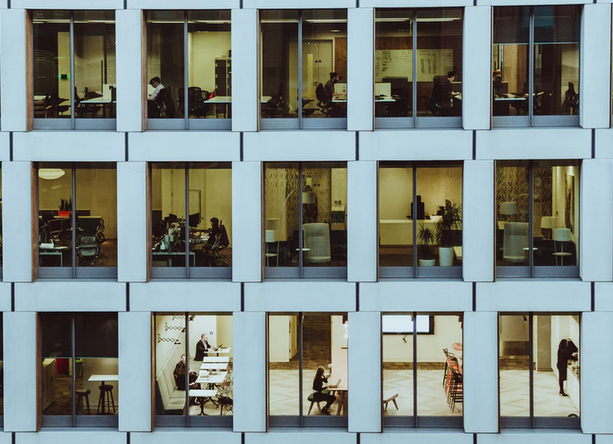 Photo by dylan nolte on Unsplash

One of those rights is of course to employment, yet even the Commonwealth Public Service, which is supposed to be an exemplar on inclusion, has gone backwards on the employment of people with disability over the past 20 years, according to Fiona Carberry in the article below.

Carberry is a former policy adviser in the Office of Disability Policy and drafted the Cabinet submission on the 2000 Commonwealth Disability Strategy.

Almost 40 years ago I graduated as a social worker with a professional oath to strive for social justice. I am dismayed that the employment of people with disability has actually gone backwards in the past generation.

Buried in the National Archives’ New Year release of Cabinet submissions and decisions made in the year 2000 is the Commonwealth Disability Strategy (CDS). It’s one of many Cabinet submissions I drafted during the decade I worked as a policy adviser in the public service in Canberra and espouses the policy principles of inclusion, equity, access and empowerment of people with disability. The CDS envisioned the Federal Government being an exemplar in all its roles, including as an employer of people with disability.

Twenty years on, and without fanfare, another strategy was released just before Christmas – the Australian Public Service (APS) Disability Employment Strategy 2020-25.  This new strategy aims to “attract, recruit and retain more people with disability”. The foreword – from Ben Morton, Assistant Minister to the Prime Minister and Cabinet, and Anne Rushton, Minister for Families and Social Services – refers to an “ambitious vision”.

The Public Service Commissioner, Peter Woolcott, says in his foreword: “the Strategy sets out an ambitious change in culture and mindset”.

Read on, and the Australian Public Service’s track record in employing people with disability is laid bare: in the past 34 years, it’s gone backwards from a paltry 6.8 percent of the workforce in 1986 to an abysmal 4 percent in 2020.

Of the more than 2 million Australians of working age with a disability, the Federal Government employs only 6,004 in its workforce of more than 150,000 people. The strategy’s target is for a 7 percent share of Federal Government jobs to be held by people with disability by 2025. Ambitious? Only in Orwellian newspeak.

What has gone so wrong with policies for people with disability since the 1986 employment zenith?

The Australian Public Service has had equal employment opportunity laws since 1987. Since 2016 there has been the affirmative measure which designates certain APS positions only for people with disability and the RecruitAbility scheme for those deemed unable to compete on merit due to disability.

Twenty years ago, when I took a position as a director in the Office of Disability Policy, the Minister for Family and Community Services had an adviser with a mobility impairment, and an advisory council chaired by a businessman who was also the father of a child with a disability. The council was comprised of members with disability, including blindness, cerebral palsy, and intellectual disability.

Members of the advisory council often arrived late for meetings because of the ridiculously long waiting times for wheelchair-accessible taxis. Staff in the Office of Disability Policy battled to find accessible hotels for their overnight stays. Plane travel was difficult for the Minister’s adviser because at some airports disembarkation was down a flight of steps and across the tarmac – dangerous with a walking stick. An Aboriginal member of the council appalled us with stories of how the scarcity of wheelchairs in the remote desert communities of Central Australia meant that people had to carry those unable to walk.

Despite this, there was optimism about change in the air. Prime Minister John Howard, who had a hearing impairment, hosted the 2000 Employer of the Year awards ceremony in the Great Hall of Parliament House where trailblazing employers were applauded for hiring people with disability.

The ABC won the award that year in the Commonwealth Government category for employing 76 staff with a disability, representing 2.2 percent of its workforce.

Not fast enough, but it was a change in the right direction and essential for people with disability to be able to use public transport.

The talk in the Office of Disability Policy and the sector at the time was all about how technological advances would open up job opportunities and greater inclusion in society through the introduction of accessible formats, such as voice recognition and captions at cinemas.

The 2000 Commonwealth Disability Strategy was a revision of the previous Government’s 1994 CDS. However, the revised strategy ditched the public sector-wide targets and mandatory Disability Action Plans for each agency in favour of optional plans and annual performance reporting by agencies.

Cabinet diluted the strategy even further by exempting Government Business Enterprises and giving agencies discretion to determine “reasonableness and relevance” in its implementation.

I have a depressing sense of deja-vu while skimming the Outcome and Action Matrix of the latest APS Disability Employment Strategy.

In keeping with most government strategies, it’s liberally sprinkled with phrases such as “whole-of-government”, “critical first step”, “roadmap” and “leadership”.

There’s no specific target or quota for using the affirmative measure in recruitment. All agencies will report annually, and public service mandarins will be accountable for Key Performance Indicators (KPIs). The strategy contains neither incentives to change recruitment practices nor sanctions if KPIs aren’t met and nothing changes.

We won’t achieve a fair share of public service jobs for people with disability by continually releasing strategies full of weasel words with retrograde targets presented as ambitious visions.

The current Disability Royal Commission, which sought staff using the affirmative measure and RecruitAbility, and uses assistive technology, has 12 percent of staff with disability. This shows it’s possible right now for the APS to do three times better than its current performance.

Fiona Carberry is a former policy adviser in the Office of Disability Policy and drafted the Cabinet submission on the 2000 Commonwealth Disability Strategy, which was recently released by the National Archives. She now works as a psychologist in private practice.