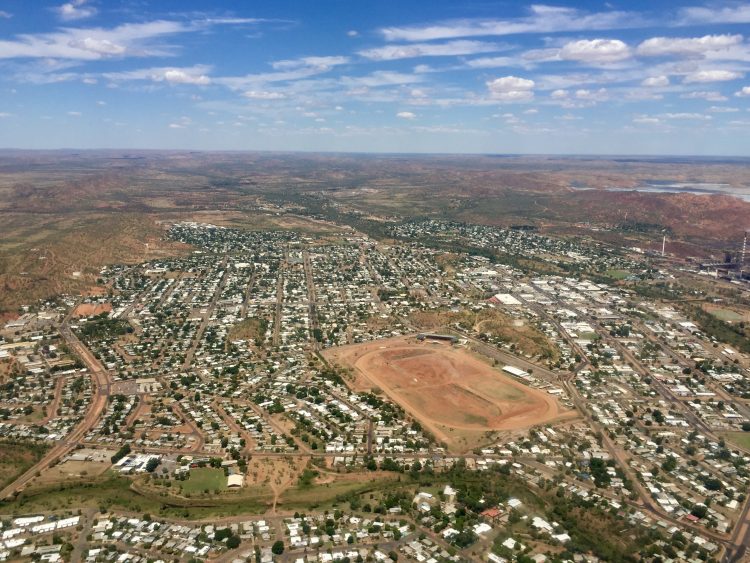 Concerns raised about health and wellbeing of Indigenous mining workers

The mining industry must be much more proactive in protecting the health of Aboriginal and Torres Strait Islander people who contribute to its workforce in diverse contexts, according to academics at the University of Queensland and Griffith University.

In the mist of the current COVID-19 pandemic, the chief executive officer for the Minerals Council of Australia (MCA), Tania Constable, issued a statement on 3 April proclaiming that the minerals industry has “a responsibility to keep remote Aboriginal and Torres Strait Islander communities safe during the pandemic”.

She went on to state that: “Under the national resources protocols, the industry has ceased non-essential contact with remote communities and has special arrangements in place where workers are resident near remote communities, along with other measures to keep people safe” from COVID-19.

Presently, mining companies have exemptions that allow them to continue their operations, as they are deemed to be providing ‘essential services’. This involves the continuation of coal, gas, oil and other workers who fly-in-fly-out (FIFO) or drive-in-drive-out (DIDO) to regional and remote communities for a period of time to work. This is done without any requirement to self-isolate.

As a result, some communities who may already be vulnerable are placed at further risk from COVD-19, particularly community members who are older or people with ongoing chronic health conditions. 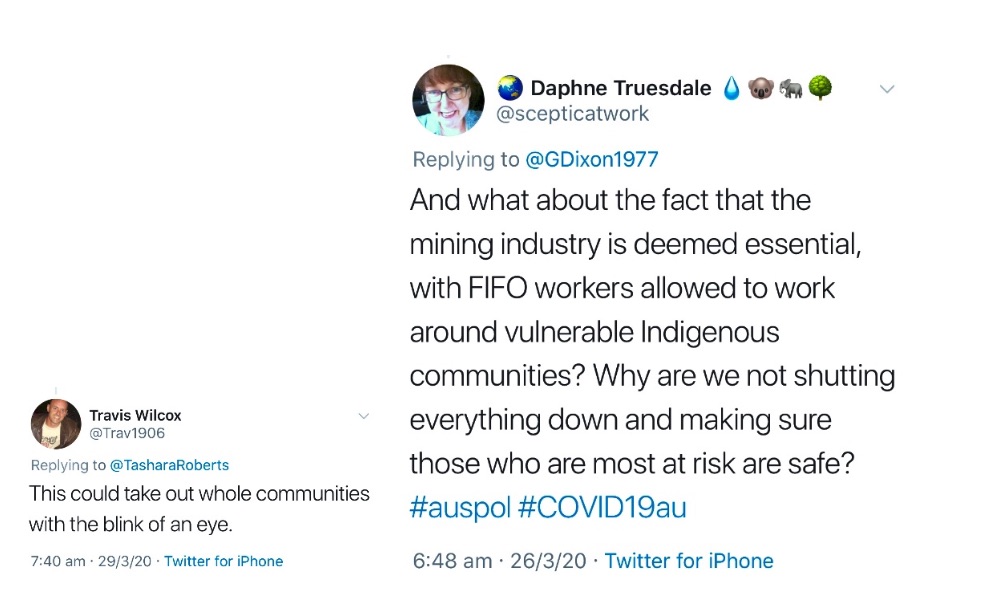 Despite these measures, concerns have been raised by a number of people who question what is regarded as ‘essential’ and ‘non-essential’ and remain apprehensive towards the risk posed to communities.

While provisions have been made to reduce risk of COVID-19 stemming from people who FIFO into remote communities, it does not directly address the issues pertaining to people who FIFO or DIDO to regional centres.

In Queensland, such movement may include flying from Brisbane to Mount Isa, driving from Mackay to Moranbah, or living in Emerald and commuting to Blackwater.

The mining workforce is made up of people inclusive of those who live in close proximity to the mine through to those who travel hundreds of kilometres in order to work. On top of this, there are additional people who work within mining or support mining activities, including health care workers, contractor trade personnel, and catering and facilities management staff.

If the staff living close by regularly travel back and forth to work and use necessary services at the local shop/s, petrol station, take away restaurants, and other facilities, it can be assumed that they will have contact with other community members who do not work at the mine, even if they are practising social distancing.

The statements made by the mining industry have not allayed the fears or concerns of communities, peak body organisations, health professionals, and many others. 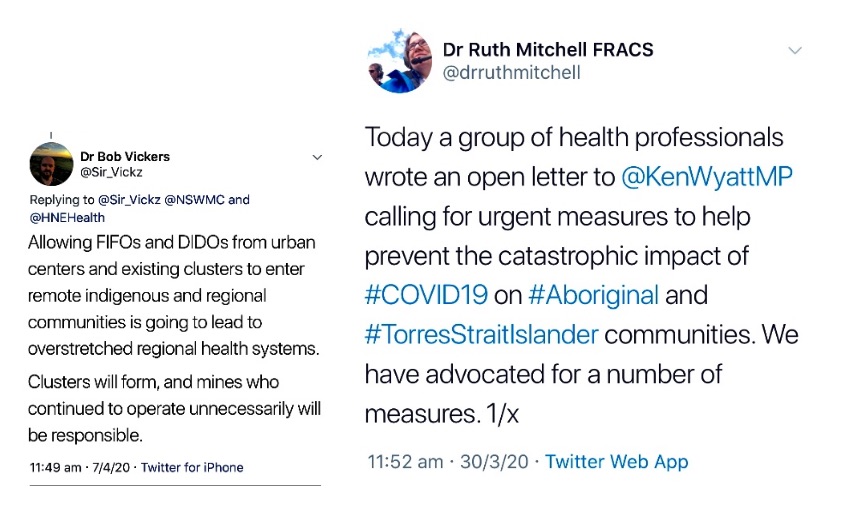 While Indigenous community members are at risk, so too are the Aboriginal and Torres Strait Islander workers who are employed within mining. This was not acknowledged or addressed in the earlier communications and statements provided by the mining industry and its representatives.

The industry later mentioned that a range of companies ‘supported Aboriginal and Torres Strait Islander people to return safely to their remote community’. This statement once again fails to make any provision for Indigenous peoples who do not live in remote communities but rather live in regional centres or large urban cities.

There are increasing numbers of Aboriginal and Torres Strait Islander people who occupy a range of roles in the mining industry and who may not only be at risk from co-workers but also pose a risk to members of their own families and communities. So too are there increasing numbers of Indigenous Australians living in large urban cities and regional centres – some who also FIFO or DIDO to work on mining sites.

The risk of spread of COVID-19 in mining workplaces to Indigenous Australian workers over 50 years of age was raised by mine workers such as @BrissieMurri on the 30 March, 2020 following on from PM Scott Morrison’s announcement on the 29 March that Indigenous Australians over 50 should stay home.

We don’t know how many Aboriginal and Torres Strait Islander mine workers raised this in their workplace, or may have had to consider making the hard decision of possibly having to take leave without pay or exhausting personal leave due to the increased risks of COVID-19.

BHP posted on Twitter on 7 April that they had sought advice from the World Health Organization (WHO) and implemented measures to protect Indigenous employees over the age of 50. We don’t know if other companies in the mining industry had also implemented similar measures.

We know from @BrissieMurri, through a tweet posted on 7 April, that he and other Indigenous mine workers had been granted discretionary leave, rather than having to take leave without pay or exhaust personal leave.

BHP’s decision to provide Indigenous mine workers over 50 with measures including discretionary leave to minimise their risks of contracting COVID-19 in the workplace highlights the ongoing health disparities between Indigenous and non-Indigenous Australians.

Neither the PM or the state chief medical officers have advised that all non-Indigenous people should stay at home, because they are not considered a vulnerable population.

The global COVID-19 pandemic has brought about numerous challenges that are continuously demanding we change and adapt to new ways of life in the name of risk management and the preservation of health and wellbeing.

Amongst these challenges is the fact that it has forced us to reflect on what makes our society function, and in doing so consider definitions of ‘essential’ and ‘non-essential’ services. As it currently stands, the mining industry is considered essential.

As such, consideration of the health and wellbeing of mine workers (particularly Indigenous workers whom are identified as vulnerable) must be considered by the industry in greater detail.

Worker’s health and safety needs to be protected in ways where risks are mitigated, workers’ dignity is retained, and provisions are made for the financial and emotional support of staff. At the end of the day, the health of one’s family and self will always be ‘essential’.

PrevPreviousImproving your chances with #COVID-19 by quitting smoking
NextWhen we’re all at sea, what is it that sustains us?Next