Conference puts the spotlight on tobacco control in the Oceania region

Journalist Marie McInerney, who will report on the proceedings for the Croakey Conference News Service, previews some of the discussions below, in a Q and A with conference convenor Terry Slevin, the Director of Education and Research at The Cancer Council WA.

He cautions that the public health fight with the tobacco industry – “a multi-billion industry that is not ready to lie down” – is far from over.

Q: Your first keynote address is entitled ‘Setting the scene’ – what are the current issues for tobacco control in Australia and internationally? What about particularly in the Oceania region – where do issues converge and diverge with Australia? 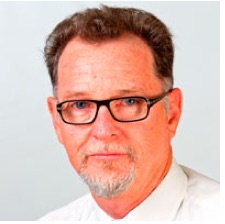 Terry Slevin: Tobacco smoking contributes still to an enormous number of preventable disease and deaths, as we have sought to showcase in our recent ‘16 cancers’ campaign that highlights their capacity not just to cause death and illness but to take away life’s simple pleasures such as speaking and eating.

Most of that is relatively well known and we’ve put various tobacco control measures in place in Australia over the last 20-30 years that have genuinely made a difference to smoking rates (the latest figures show rates have now halved over the last 20 years or so to 13 per cent).

They’ve included increasing taxes on smoking, social marketing to reinforce quitting or not starting, restrictions on where people can and can’t smoke and, of course, plain packaging, which has garnered so much interest nationally and internationally. So we’re making good progress in Australia, but we still have an important message to send that far too many Australians, more than 2.5 million of us, continue to smoke.

There is also a bigger picture too with the conference having its focus on the Oceanic region, particularly on low and middle-income countries in our region – South Pacific island nations and near neighbours like Papua New Guinea – where the tobacco industry is very directly targeting and marketing their product. One of our keynotes, Alan Lopez – Professor of Global Health and Head of the School of Population Health at the University of Queensland and a former Senior Science Advisor to the World Health Organisation Director-General – will look at the issues across the region.

A real imperative of this conference is to ensure some transfer of knowledge and expertise so those countries have the opportunity to learn from our experience, though clearly there are challenges with that: we have offered a number of scholarships to health and government officials who are still unable to attend the conference because they lacked the higher level support of their countries or tobacco control was not seen as a priority.

Part of the reason for that is pressure from the tobacco industry. You only need to look at Jon Oliver’s take on the industry to understand why it may seem entirely unsustainable for small Pacific Islander nations to consider introducing effective tobacco control measures. The industry acts like the big bullies on the block when it comes to some of those smaller nations.

So the Oceania conference is trying to provide what support, encouragement, and guidance it can for smaller countries that would really be taking on David and Goliath battles when it comes to tobacco companies.

Q: Are you satisfied that Australian tobacco control reform is not at risk from the Trans Pacific Partnership Agreement (TPPA)?

Terry Slevin: That’s an interesting question. Some of the key players involved in those negotiations will be at the conference, so it will certainly be a topic of conversation. My understanding is that no one will know conclusively until the full details of the TPPA have been released. All I can say is that it’s something we have been watching very closely, but I can say that the Australian Government, led by both sides of politics, has been a strong supporter of plain packaging.

All these concerns, however, are an important reminder to everyone – policy-makers, politicians, and the broader Australian community – that while we have made substantial strides in tobacco control in Australia, it is a multi-billion industry that is not ready to lie down.

It’s very easy to fall into a false sense of security when it comes to tobacco because many of us in Australia now can go through a week without seeing a smoker. If you’re a middle class person working a white-collar job, it’s often quite a surprise to smell cigarette smoke because we are so used to having so many protections in place and so few people smoking. It’s very easy to forget it’s still a genuine health problem, particularly internationally.

Only this week a study published in The Lancet warned that up to two million Chinese men will be dying every year from tobacco usage. That’s an extraordinary burden of disease in just one country, particularly when you look at that in the context of tobacco being also a state-run industry.

Q: While smoking rates are down dramatically in Australia, we still struggle to have an impact on vulnerable groups, such as those on lower incomes, Indigenous Australians, and people with mental health issues – what’s the way forward?

We know there is a higher level of smoking among people of disadvantage of one form or another, whether it is to do with mental health issues, poverty, prisoners, people from non-English speaking backgrounds, Indigenous people and others.

These are complex issues but we need to find ways to address and to challenge some of the normative thinking around that. It’s very common to hear, ‘Why would you think of taking one of the few comforts from prisoners?’, by introducing prison smoking bans. But it’s hardly a comfort if you are confining those people selectively to exposure to other people’s smoking – passive smoking in very confined places. But it’s also about seeing smoking bans as a positive opportunity for people in those environments to quit.

There will be a focus at the conference on reducing smoking in specific disadvantaged populations, including a keynote from Aboriginal leader Dr Tom Calma, National Coordinator of the Tackling Indigenous Smoking initiative.

We will also hear from Associate Professor David Thomas, who leads the Tobacco Control Research Program at the Menzies School of Health Research, on ‘Lessons from Talking about the Smokes’ – what is working in Aboriginal and Torres Strait Islander tobacco control’. And there are going to be a number of workshops, before, during and after the conference, focusing on specific disadvantaged populations.

Q: News of a funding arrangement of health researchers by Coca-Cola has put a new spotlight on the influence of industry on research and policy work. The tobacco industry was once master of that – is tobacco now under control? If not, where are the threats, and what can the wider public health industry learn from the tobacco experience?

Terry Slevin: We’re pleased to have Professor Lisa Bero talking about the behaviour of the tobacco industry and how it’s been wielding influence not just in Australia but elsewhere, in her keynote on ‘Taming the Beat: conflict of interest and tobacco research’.

Many policies and practices to stem that influence have been put in place by Cancer Council organisations for decades – for example, that an organisation that gets tobacco industry funding won’t get any funding from us for cancer research, and we’ve had many conversations with university vice chancellors over that.

We have managed pretty much to identify and isolate tobacco industry funding but there are still challenges – for example, we have to look at what law firms or accounting firms support the industry and therefore what relationships we have with them.

We have faced controversy ourselves with criticism from a Newcastle doctor (Dr Craig Dalton) that the major sponsor of our annual Daffodil Day fundraiser is Coles supermarkets, a major tobacco retailer. In fact, we don’t take money from Coles, we just use their location but we need to make those sorts of judgement calls on a regular basis.

Q: Any other keynote speakers or topics of note?

Terry Slevin: The legal challenges to plain packaging that are underway in Geneva through World Trade Organisation processes are of course a big focus: it’s very clear to us that the tobacco industry is throwing every trick of the book to get plain packaging derailed, which only confirms more stridently for us that it is the right thing to do.

We are really proud and pleased with the commitment of the Australian Government to this ground-breaking reform that was challenged at every turn. One of our speakers, Professor Frank Chaloupka (who will speak on The Economics of Tobacco Control) will be heading to Geneva straight after the conference to contribute to Australia’s defence of the legislation.

Some of those conference sessions will be in the ‘no tweet’ zone. We have to remember that we are still fighting a very big, aggressive enemy in the tobacco industry and we don’t want to telegraph too many punches, so we are going to ask you and other delegates not to tweet or report some of them.

Q: Who will represent the Federal Government and what will you be looking for in terms of commitments?

Terry Slevin: Assistant Health Minister Fiona Nash will be sending a video message – she has Senate Estimates on the day so is unable to attend. The Australian Government is a conference sponsor, which has allowed us to provide sponsorships to about 25 delegates from remote Indigenous communities and Pacific Island nations who otherwise would not be able to attend.

We are not looking for any specific announcements at this stage from the Minister. The Federal Government’s policy commitments on tobacco control are very sound, including to increase the tobacco excise, so we are looking for continued support at the current level and we will be exploring options for the best possible additional efforts as a part of the conference.

Editor’s note: Croakey will respect the conference requests not to live tweet or report on a number of sessions, but will alert readers that we are doing so.