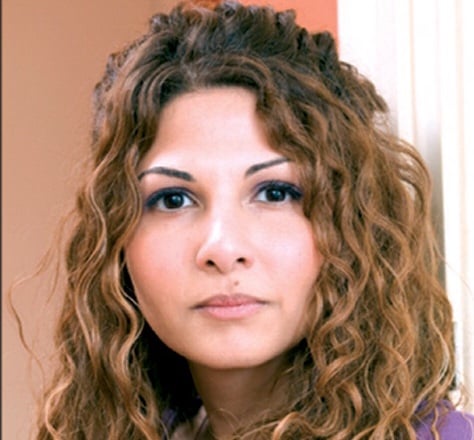 Confessions of a global health guerrilla: how an unpopular PhD topic met the needs of its target community

Embarking on a PhD can be daunting, as you begin the hard slog of answering a burning question, with a desire to make a contribution to your field.

But what if nobody else believed in your question?

This was how it felt for British, Muslim doctor, Sima Barmania when she decided on the topic of, the role of Islam as a social determinant of health in HIV prevention, for her PhD.

Below she describes her struggle for legitimacy, which was ultimately overcome when she saw that her research made a difference in the lives of those she worked with.

In a post that will resonate with many Croakey readers, she throws out a challenge to funders and others, to be genuinely open to new ideas that will have practical implications.

“If your PhD was worth doing – it would get funded.”

I still remember that caustic comment vividly, made flippantly by a good friend, some seven years ago.

What started out as a pleasant evening meal with my former medical school friend and her husband, in their South London home, concluded with me weeping in their upstairs bathroom.

The remark was made within the context of a discussion about future career plans; she was on track to get a fully-funded PhD fellowship in medicine. However, my path was less straightforward.

I was always adamant about steering my medical training towards global health but never contemplated a PhD until I started seriously questioning the role of religion in public health – both within my own Muslim community and following experience abroad.

This was an issue that I had been ruminating on for years; yet while culture had been long accepted as a social determinant of health in the public health paradigm, religion was not. At that time in the UK, I struggled to even find an institution or supervisor genuinely interested in my research proposal, let alone the funds to do it.

It must have seemed incomprehensible to my friend, who was accustomed only to PhD fellowship programmes in areas that had already secured funding.

That evening, which started promisingly and concluded awkwardly, was perhaps a forewarning of the trials which came to accompany my PhD journey from infancy to fruition. It would be easy to be self-indulgent – at times I have probably been guilty of this –  and recount the distresses of my PhD journey in detail but, sadly, most people with whom I speak can recount a traumatic PhD story of their own or of someone they know.

Although there were some half-hearted promises of funding, ultimately they did not materialise and I found myself undertaking a full-time PhD unfunded, which was looked at with disdain. In other academic disciplines it is not unusual to self-fund PhDs, but this is not the case within medicine or public health, especially if you are collecting primary data as I did.

From stigma to strength

Normally, the first question from colleagues and peers in global health would be which research body or organisation was funding my research. When I replied with ‘Alas, I did not get any’ – I received one of two responses, either encouragement or sudden dismissiveness.

Even later, after I acquired my doctorate, good friends in global health suggested that I should avoid mention of the absence of funding as it would be seen negatively for my future prospects.

However, one of the benefits of not getting funding (aside from acquiring the skill of frugality) was that there was not an associated conflict of interest – not of course by design, but as an unanticipated corollary.

As someone who was seeking to explore the role of religion (Islam) as a social determinant of health in HIV prevention, from a neutral public health perspective, this impartiality was invaluable, especially when engaging with stakeholders who often had conflicting views on a sensitive topic.

“We’re worried that you will make Islam look bad”, said one person in my Department –  puzzling given I am a Muslim.

Perhaps I was naïve in not realising just how sensitive my topic would be and how this would be emphasised by the laborious slowness at every point of my PhD. The project entailed my moving to Malaysia, as my continued physical presence there was required in order to progress processes, such as ethical approval, recruitment, and routine paperwork/bureaucracy, at faster than a snail’s pace.

Being linked to a local Malaysian university also meant that I was required to learn the indigenous language, Bahasa Malaysia, before I was eligible to submit my PhD thesis. Learning the language set a cultural context to my research but also crucially highlighted the importance of linguistics and terminology in communicating ideas across different disciplines.

For example, the vernacular of religious studies differs to that of health – so a common language, agreeable to both had to be found.

A question that mattered

While mainstream public health had little interest in the influence of religion on health, amongst the community of stakeholders I researched there was no question that my research was needed.

Interviewing Islamic religious leaders, officials from the Ministry of Health and People Living with HIV, including transgender women and men who had sex with men, it was clear that Islam was a social determinant of health, in terms of practice, policy and process, helping whilst also hindering.

“Research must be responsive to the needs of people in the community being studied,”

argues Professor Solomon Benatar, global health and bioethics expert. However, for this to be realised there needs to be shift in the paradigm, towards one which genuinely welcomes new ideas that can have practical implications, rather than fostering glib, interdisciplinary rhetoric.

Until then, for the meantime, in the context of global health, I am content with being ‘out of place’ – a global health guerrilla, of sorts.

Dr Sima Barmania is a British Muslim global health consultant based between London and Kuala Lumpur and honorary research associate at University College London, Institute of Education. Her PhD looked at the role of Islam in HIV prevention in Malaysia. Along Professor Michael J Reiss, she is the author of Islam and Health Policies Related to HIV prevention in Malaysia, 2018, Springer.

PrevPreviousIt’s a #CroakeyPopUp workshop – learn about using FOI for public good
NextStudents and Young Professionals in Public Health: Not just the leaders of the future, but leaders of the presentNext