Participants in the Journey to Recognition have brought their campaign to the Garma festival, which is now underway at Gulkula, a traditional meeting ground in Arnhem Land (see the tweet-photo at the bottom of this post).

Jill Gallagher AO, CEO of the Victorian Aboriginal Community Controlled Aboriginal Health Organisation (VACCHO), reflects in the article below upon her own experiences of the Journey, travelling 2,500km over 11 days throughout Victoria, SA and the NT.

Constitutional recognition will help heal of lot of wounds, and say to First Australians that “we are an important part of this country”, she says.

“Recognition will do a lot for our people”

But to this day, our Constitution, Australia’s highest document often described as our Nation’s Birth Certificate, is still silent on this story; it does not acknowledge the Indigenous history of this land.

So a journey is underway, a journey with a winding path but a clear destination: recognition of Aboriginal and Torres Strait Islander people in Australia’s Constitution.  This is a journey that calls on the Australian people to step up for something important.

It is a relay across Australia, weaving its way through our homelands and heartlands, gaining momentum as the promise of a fairer future. This journey is a people’s movement to finally recognise the rich and impressive history of Australia’s unique cultures in our founding document. Acknowledging that Aboriginal and Torres Strait Islander people were here for tens of thousands of years before federation is the right thing to do.

On the 15th anniversary of Sorry Day, Recognise launched this epic relay which has since seen supporters of the cause walk, drive and cycle across the country in an effort to raise awareness.

It is now time for our generation to have the conversations that need to be had to take the next important and long overdue step; to have a statement of positive recognition of Indigenous Australians placed in our Constitution, and to remove discrimination from it.

We require a ‘double majority’ to have a successful referendum – a majority of people voting ‘yes’ nationally, plus a majority in four of the six states. Success will only be guaranteed if the people’s movement continues to grow, building support one conversation at a time, so when I heard about the Journey to Recognition I was adamant that it was something important that I needed to be involved in. I wanted to leave a legacy for my children and my grandchildren, and by contributing to the movement I feel I’m doing that.

We know that referendums don’t come around that often, let alone a referendum that seeks to recognise Aboriginal and Torres Strait Islander people in our Constitution but we should take heart from the 1967 referendum campaigners.

For a decade, our leaders travelled the country with meagre resources, talking to Australians about why Aboriginal and Torres Strait Islander people should be included in the national Census, and that the Commonwealth Government should be able to make laws on behalf of us.  This was, and still is Australia’s most successful referendum. More than 90 per cent of Australians voted ‘yes’ to remove from our highest legal document two pieces of discrimination against ‘the Aboriginal race’ and it was brought about one conversation at a time.

Fortunately in my role as CEO of the Victorian Aboriginal Community Controlled Aboriginal Health Organisation (VACCHO), I had the opportunity to seek support for recognition within the organisation and send a carload of people on the Journey to Recognition as it convoyed its way from Adelaide to Alice Springs. 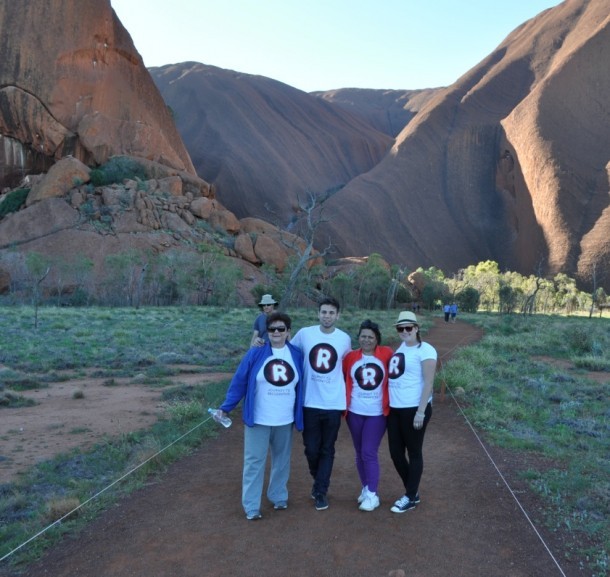 Cherie Waight, Jaynaya Williams, Kulan Barney and I left on 30 June 2013 and travelled 2500km over 11 days throughout Victoria, South Australia and the Northern Territory visiting towns, cities and communities spreading the message and educating people about constitutional reform.

Being on the Journey has really left a lasting impression on me.

When we reached the small remote community of Iwantja/Indulkana, it was a real eye opener. The community welcomed us with a barbecue and came to hear about the Journey so far. It was such a great honour to talk about my views about recognition. We had an interpreter there to translate into language. That was a moving moment because language is not spoken as strongly in the Victorian community so it was great to see it spoken so strongly there.

I took the opportunity at the barbecue to speak about my own family history and how important recognition was to me. Reflecting on my mum’s life, an 88 year old woman who was born into a country that didn’t allow her to vote, and being myself being born in 1955, my mother and I both weren’t born into the privilege of being classified as Australian citizens.

A memory that will stick with me from the Journey at Iwantja was when an older Aboriginal woman came up to me and squeezed my hand. We did not speak the same language, but that wasn’t a barrier, I felt the warmth from her in that small gesture and knew how significant this moment was for both of us.

Recognition will do a lot for our people. I think if we get recognition we can move forward in leaps and bounds. I believe it will heal a lot of wounds and say to First Australians that we are an important part of this country.

If we get recognition in my lifetime, I would die a happy woman. 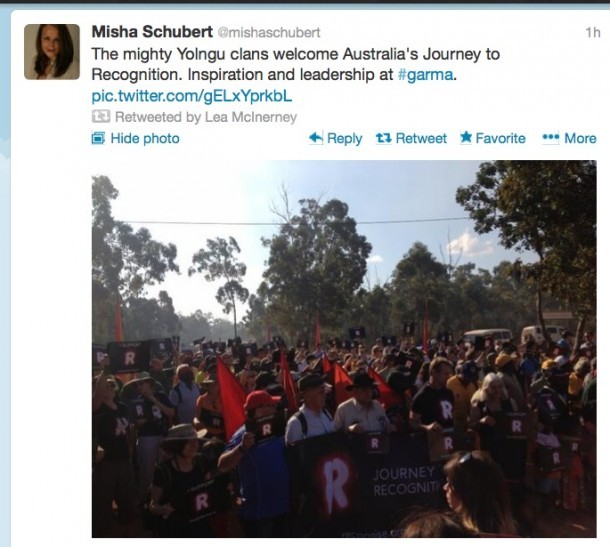