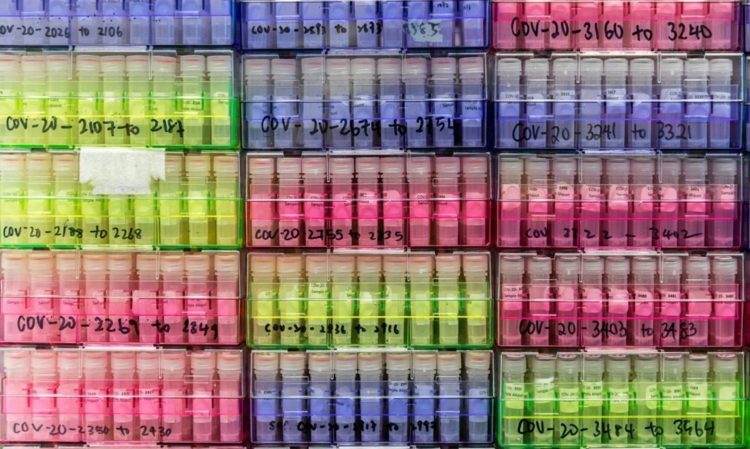 Naming matters. Photo via @WHO

The World Health Organization says its new naming system for variants of SARS-CoV-2, the virus that causes COVID-19, aims to stop the use of names that are discriminatory and stigmatising (see the bottom of this post for tables with the variants of concern and variants of interest).

If the system catches on, “we can finally put the country-blame-game system to rest”, says Ed Feil, Professor of Microbial Evolution at The Milner Centre for Evolution, University of Bath. The article below was first published at The Conversation UK.

The World Health Organization (WHO) has announced a new naming system for the coronavirus that uses Greek letters to refer to the different variants. For the variants of concern, B117 (the UK or Kent variant) will now be known as alpha, B1351 (South Africa) will be beta, P1 (Brazil) is gamma and B16172 (India) delta.

For the variants of interest, B1427/B1429 (US) is epsilon, P2 (Brazil) is zeta, B1525 is eta, P3 (Philippines) is theta, B1526 (US) is iota and B16171 (India) is kappa. The hope is that this new system will end the stigmatising practice of naming the variants after where they were identified, with phrases such as the “Indian variant” being dropped in favour of the “delta variant”.

This is an important step. Using geographical names can stoke up racism and xenophobia. It also potentially disincentivises countries from hunting for new variants, as finding them may hurt their national image, as India has found with the B1617 variants. There’s also no guarantee these geographical names are accurate either, as variants can easily spread before being discovered.

Official names of diseases have often included the countries or regions they were first identified in, too: German measles, West Nile virus, Middle East respiratory syndrome (Mers), Ebola (named after a river in the Democratic Republic of the Congo), Japanese encephalitis, Zika (a forest in Uganda) and Lyme disease (named after a town in Connecticut).

Of course, nobody wants the stigma of their country, town, river or forest to be associated with an infectious disease. In the case of the 1918 pandemic “Spanish flu”, the moniker was particularly galling as the outbreak almost certainly originated elsewhere, with Spain getting the rap simply because it was more open about its reporting.

Consequently, there is now a firm trend in medicine towards moving away from naming diseases after where they were first identified. When the WHO came up with a name for the disease caused by SARS-CoV-2, it called it COVID-19, a contraction of “coronavirus disease 2019”.

However, this didn’t stop former US president Donald Trump from referring to SARS-CoV-2 as the “Chinese virus”. Acts of racism against Asian-Americans then spiked across the US, becoming such a problem that the Biden administration passed a specific law this spring to try to curb the problem. Similar waves of anti-Asian racism have been seen in other western countries too.

It’s all Greek to me

Despite this, up until now coronavirus variants have still been commonly referred to by the place they were first identified – at least by journalists and the public. We talk about the South Africa variant, the Brazilian variant, the Indian variant, stoking the fires of racism against people from these countries.

The world also knows about the highly transmissible UK variant, which in the UK is called the Kent variant. And in Kent, it’s probably known as the Isle of Sheppey variant – there’s always someone else to blame.

Of course, there are scientific names for these variants, but even they are “a bloody mess”, according to the journal Nature. For example, the UK variant goes by two official monikers – depending on which system you’re using. It’s called B117 under the Pango system, but 20I/501Y.V1 under the Nexstrain system. With scientific names as unpronounceable as this, it’s easy to see why the media has opted for the UK variant and suchlike.

But these are stigmatising names, and while journalists often attempt to go with the slightly less stigmatising “the variant first identified in the UK/Brazil/South Africa”, it’s such a mouthful this politeness rarely lasts an entire news segment.

Thankfully, the WHO’s naming system, as it notes, is “easy to pronounce and recall” and doesn’t point fingers. Let’s hope it catches on, and we can finally put the country-blame-game system to rest.

Extracts from the WHO announcement 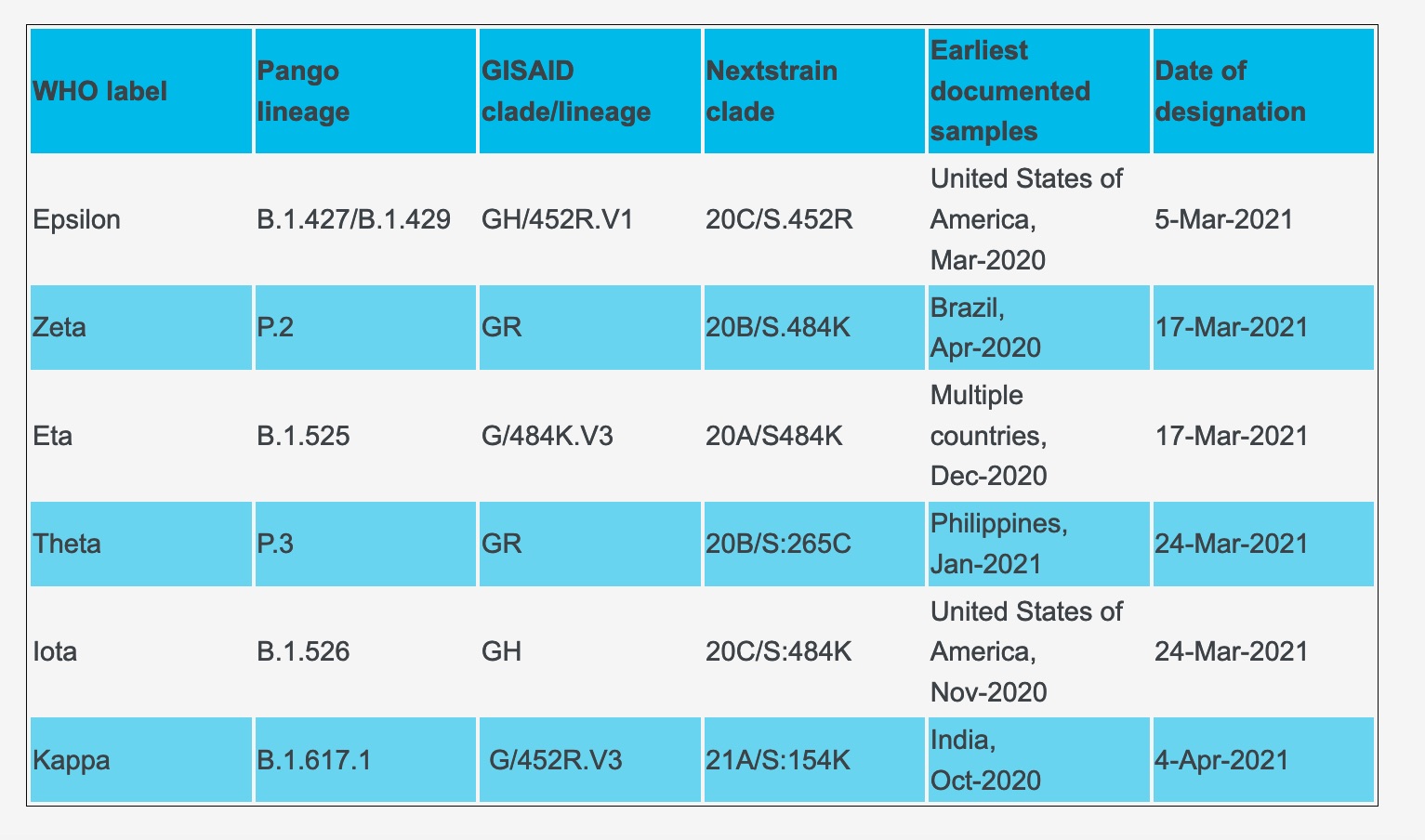 See Croakey’s archive of stories on racism and health.

PrevPreviousJoin us for an online discussion about digital platforms and public health
NextMake Healing Happen: It’s time to act on growing toll for Stolen GenerationsNext