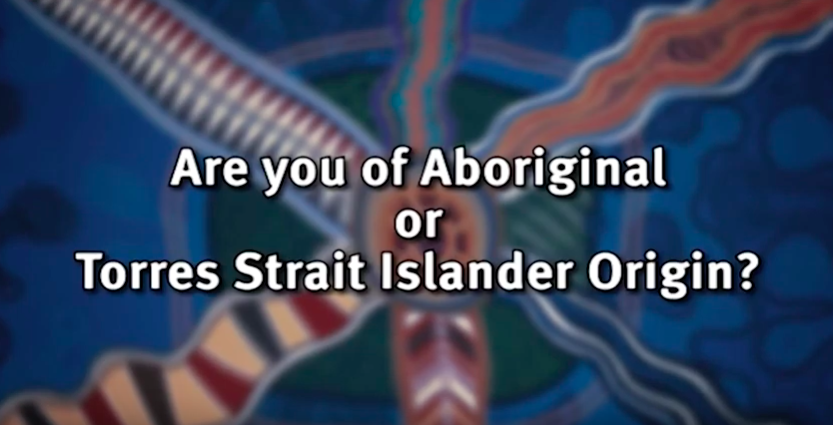 That’s the conclusion of a perspective paper on the collection of data about Indigenous status published last week in Public Health Research & Practice, the Sax Institute’s online journal.

In the article below, its lead author Kristy Crooks, a Euahlayi woman, PhD candidate and Aboriginal Program Manager with the Health Protection unit at the Hunter New England Local Health District, outlines the challenges and benefits of making the change.

When collecting data about Aboriginal and Torres Strait Islander people, the Australian Bureau of Statistics (ABS) uses what is known as a “Standard Indigenous Question” that asks:

This question is also used by other health agencies, including the Australian National Notifiable Diseases Surveillance System, the New South Wales (NSW) Ministry of Health notifiable disease data collections and the Royal Australian College of General Practitioners for their data collections.

In 2014, a review by the ABS found that this question about origin was ‘fit for purpose’ and had strong support from a large number of data users.

However, at the time, the origin question was recognised as a materially different question to that of identity, and Aboriginal and Torres Strait Islander stakeholders reported that they preferred a question that omitted the concept of origin, and focused on cultural identity:

Are you an Aboriginal or Torres Strait Islander person?”

Despite the strong support from Aboriginal and Torres Strait Islander stakeholders for a revised question focusing on identity, the review decided to retain the ‘origin’ question as the Australian standard, in order to avoid any break in the continuity of data over time.

“Do you identify as Aboriginal or Torres Strait Islander?”.

The identification question is an ongoing and contentious issue. It raises many questions and presents some important problems that need addressing, including:

In writing our recent paper published in Public Health Research & Practice, we conducted a brief consultation with approximately 10 Aboriginal health professionals in the Hunter New England Local Health District Health Protection team, as well as a number of Aboriginal and Torres Strait Islander academics and public health practitioners in northern NSW and Queensland.

We asked them if they preferred the FluTracking ‘identify’ question or the ABS ‘origin’ question.

The majority reported that they preferred the ‘identify’ question used by FluTracking. They considered that the identify question had a deeper meaning that reflected an individual’s personal journey, nature of being, and pride in their cultural identity.

We know that identity goes far beyond just having an ancestral link as the origin questions implies – an individual’s identity is interconnected to the cultural dimensions of spirituality, language, tradition, and sense of belonging to family, community and country.

Aboriginal and Torres Strait Islander identity is fluid, and changes in social environment over the course of an individual’s lifetime may affect identification.

The term Aboriginal is a Western construct and has been used to collectively describe, define, categorise, and determine Aboriginal peoples based on race, for purposes that serve government departments and agencies in the development of policies and programs.

Although categorised into two groups for statistical reasons and convenience, Aboriginal and Torres Strait Islander peoples are in no way the same, and current methods in which statistical data are collected, analysed and interpreted fail to recognise the diverse social, cultural and historical differences that exist in communities.

In the 1980s, the Commonwealth Department of Aboriginal Affairs proposed a three-part Aboriginal identification stating that:

This working definition is currently used by the Local Aboriginal Land Councils but the widely-used ABS Standard Indigenous Question does not capture the third part of this definition.

The ABS approach is minimalist when compared to that used by the governments of both Canada and New Zealand attempt to collect current identification, past ancestral connection and specific tribal information on First Nations peoples.

The value of good quality data

Despite the positive efforts to ensure Aboriginal and Torres Strait Islander people have control over determining and managing priorities in the pursuit of social and economic development, a significant health gap remains.

In our paper, we argue that Aboriginal people should have the right to determine and define their Aboriginal identity to counter the deleterious impacts of colonisation.

We believe they should be actively involved in the decision-making about statistical collections relating to Aboriginal and Torres Strait Islander people.

And we point out that the ABS has previously demonstrated that it is possible to strengthen Australian statistics by adjusting data collection on sex and gender diversity to enable respondents to report their sex and gender without being limited to selecting from ‘male’ and ‘female’.

Call for a transition to an ‘origin’ question

Although it will be challenging, we believe that statistical collections can adapt to improve the quality of Aboriginal and Torres Strait Islander data.

If identity, rather than origin, is the more useful epidemiological and/or sociological determinant, there should be a transition to this question. There are ways of adjusting between the two definitions over time to ensure prior data collections remain relevant.

While we acknowledge that the ABS, as a custodian and curator of national statistical data, is necessarily a conservative institution with a commitment to historical consistency of definitions and data, it is important that ABS data collections seek to reflect reality rather than define it.

By failing to acknowledge the fact that self-identification is fluid and evolving is to ignore, and depart from, reality.