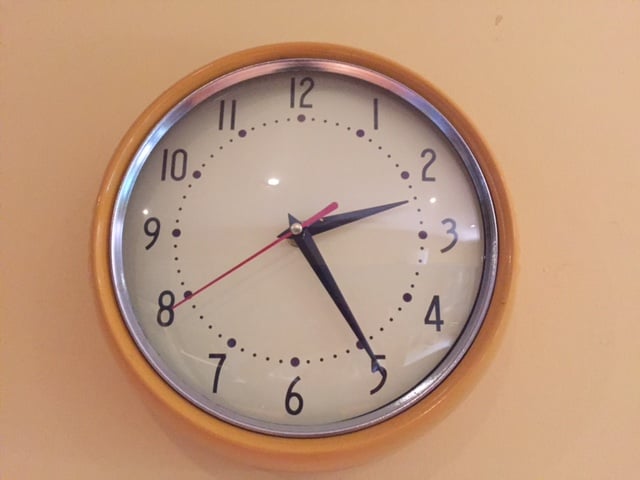 Could the review of the NHMRC’s grant programme save centuries of researchers’ time?

t is bit more substantial than a trip to the newsagent. According to a study published in BMJ Open last year, more than 600 working years of researcher time goes into each round of NHMRC grant applications.

In a press release from the NHMRC last week, CEO Professor Anne Kelso acknowledged the “heavy burden” of grants applications on both applicants and peer reviewers, as well as concerns that the current system could be stifling early and mid-career researchers and innovative projects. She went on to announce an over-arching review of the NHMRC’s grant programme to determine if the current suite of funding schemes can be streamlined.

It’s a move that one of the BMJ Open study’s authors, Associate Professor Adrian Barnett, believes will be welcomed by Australia’s burgeoning health research community.

The National Health and Medical Research Council (NHMRC) has announced a “structural review” of its grant programme, after recognising the “challenges” of growing research costs and rising application numbers. For “challenges” read an increasingly unhappy research community.

A long-term source of unhappiness has been the painfully slow and unintuitive online application system, the Research Grants Management System (RGMS). While dealing with RGMS is still preferable to dealing with failure, most researchers now have to deal with both. The success rate for Project Grants (the main source of funding for large novel investigations) in the last round was just 13.7%, compared with a high of 30.5% in 2000.

The combination of a relatively static budget and a big increase in application numbers has led to these falling success rates. Increasing application numbers are a sign of the growing success of health and medical research, and should be celebrated, but the high failure rates are a problem, especially when more than 600 years of researchers’ time goes into preparing applications for each round of funding. This means we are losing over 500 years of researchers’ time on failed applications each year!

What might the review do to reduce this waste of valuable time?

Firstly, handing out $800 million per year is an incredibly difficult job, and changes often create winners and losers, with the losers making the louder noises. Are there any win-win changes?

Switching from a full application to an expression of interest (EOI) would be a popular move with researchers. This would involve researchers submitting a short (perhaps 3 page) application with maybe half of all applications culled at this stage and the remainder asked to submit a longer application (currently 50+ pages). This would save time for researchers, but would make it harder to administer. However, it seems like a smart move to spend more on administrative staff if it frees up large amounts of time for potentially thousands of researchers.

Another argument against the EOI is that researchers would need to submit two or three applications instead of one, again increasing the administrative burden. However this would also mean that we would hear more ideas, which has to be a good thing. Perhaps even some more risky ideas would be aired, as currently many researchers are advised to submit only “safe” applications.

Another cause of falling success rates has been the increase in five-year grants, which cost more and hence reduce the funding pool. This idea came from the McKeon review as a way of increasing certainty for researchers, meaning they wouldn’t need to spend as much time applying. While there has clearly been an increase in five-year grants, I am not certain that these researchers have applied for less funding. Indeed institutions revel in success and sometimes pressure successful researchers to go for more money. So it would be worthwhile checking that this policy has had the desired effect (which could easily be done using internal NHMRC data) and abandon it if it hasn’t worked. After all we should be running an evidence-based system.

The review includes “institutional round-tables” and “public consultation”, which is very welcome. Changes are more likely to work if they are supported by the research community. There could even be an annual survey of researchers administered via RGMS (perhaps it is good for something?). This could ask a few simple questions on time spent and satisfaction with the system. A mean increase in satisfaction after a big policy change would be a tremendous endorsement.

Overall the review is a very welcome initiative from the NHMRC under the guidance of new CEO Anne Kelso. Applying for research funding will never be the most fun thing researchers do, but there’s certainly room to make the current process less sadistic. The only stumble I would highlight at this early stage is the lack of any early career researchers on the 14-member panel. The massive recent change in research careers means we can’t rely on professors’ memories of what it was like when they started out.

Adrian Barnett is an Associate Professor of Public Health at Queensland University of Technology. Find him on twitter @aidybarnett

PrevPreviousHealth in 2016: a cheat sheet on hospitals, Medicare and private health insurance reform
NextCripCroakey: why the ‘problem’ of housing for people with disability is one for everyoneNext