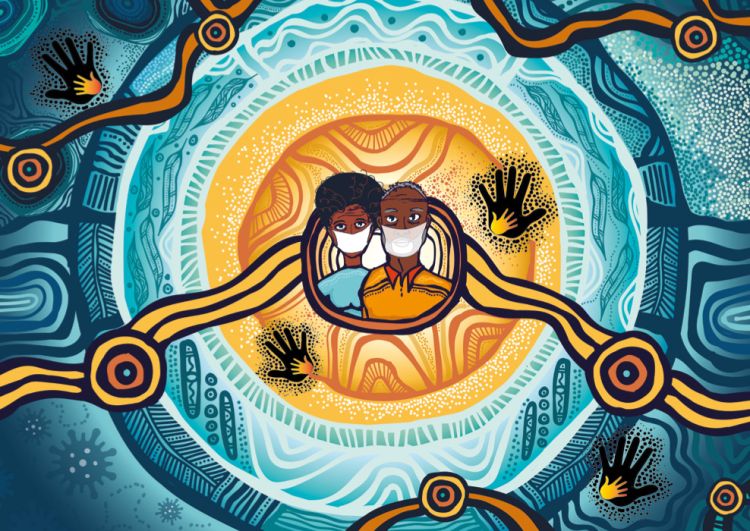 Cover image from the report: Impacts of COVID-19 on Stolen Generations survivors

The success of Aboriginal and Torres Strait Islander people, communities and organisations in keeping people safe through the height of the COVID-19 pandemic in Australia has been hailed, including in the recent 2021 Close the Gap report.

However, new research for the Healing Foundation has sounded an alert for ongoing care and future pandemic planning, finding that lockdowns and other restrictions retriggered trauma in some Stolen Generations survivors. 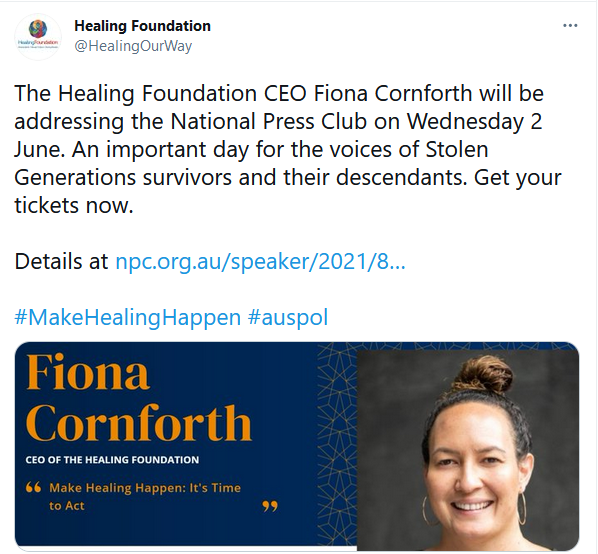 Australia’s response to the COVID-19 pandemic has been broadly successful by international standards, but there are important lessons to be learned to prepare for inevitable future pandemics – especially for the most vulnerable.

Research undertaken by the Marumali Program on behalf of The Healing Foundation shows that the necessary pandemic lockdowns in Australia retriggered trauma in some Stolen Generations survivors.

The research data suggests an increased and heightened sense of vulnerability; significant disconnection from family, community, and country; and significant impacts on mental health and wellbeing among an already vulnerable cohort of people.

This research will assist governments and authorities in future pandemic planning to build on Australia’s world-leading public health efforts to ensure the most vulnerable in the community are protected.

There were only minor outbreaks, and they were quickly contained. But the pandemic created disruption to cultural practices and the normal relational and collective practices of Aboriginal and Torres Strait Islander peoples, including collective healing activities.

Physical distancing restrictions meant celebrations and ceremonies, and gathering occasions such as births and funerals, could not occur in the ways traditionally practised.

Being disconnected from family during Sorry Business and being prevented from attending community functions or cultural gatherings such as NAIDOC Week was particularly challenging, especially for Stolen Generations survivors.

Isolation and loneliness, the inability to be with family, and strict government controls brought disturbing memories back for some survivors, and retriggered trauma.

This is particularly concerning given the degree to which connection to family, community, culture, and country enhances health and wellbeing for Aboriginal and Torres Strait Islander peoples, and all the more for Stolen Generations survivors and descendants.

More than 90 percent experienced stress being placed on important relationships.

The researchers, Shaan Peters and Dr John Prince, say the study provides evidence to support a broader and more in-depth study to ensure the needs, risks, and vulnerabilities of Stolen Generations survivors and their descendants are better understood and met when future restrictions are imposed.

The researchers have raised some important questions.

How can technology and social media be used to not only communicate important public health messages but also feelings of isolation?

How can such technologies be used to connect Stolen Generations survivors to family, community, culture and country?

What is the reach of technologies like social media for Aboriginal and Torres Strait Islander peoples, and Stolen Generations survivors in particular?

If such restrictions are unavoidable and have a negative impact on a person’s healing journey, what strategies or policies can be put in place to counterbalance negative impacts?

Most importantly, considering the findings, what do Stolen Generations survivors need right now as Australia emerges from restrictions that have impacted them so seriously?

The Healing Foundation is working alongside survivors and communities to ensure healing happens, including coping through setbacks.

We recognise the Coalitions of Peaks who made an unprecedented agreement with the Government during the pandemic to prioritise reforms and explore better Closing the Gap targets. We value our membership of the Peaks, and the opportunity to elevate the voices of survivors and their families.

The Healing Foundation acknowledges, too, our colleagues of the Close the Gap Steering Committee and the Close the Gap Campaign Report 2021, which highlights just how Aboriginal and Torres Strait Islander community-controlled organisations kept our mob safe.

PrevPreviousTasmanian poll: healthy school lunches on the table but not much else yet in preventive health
NextCalls on courts, coroners and media to stop adding to injustice and agony of deaths in custodyNext