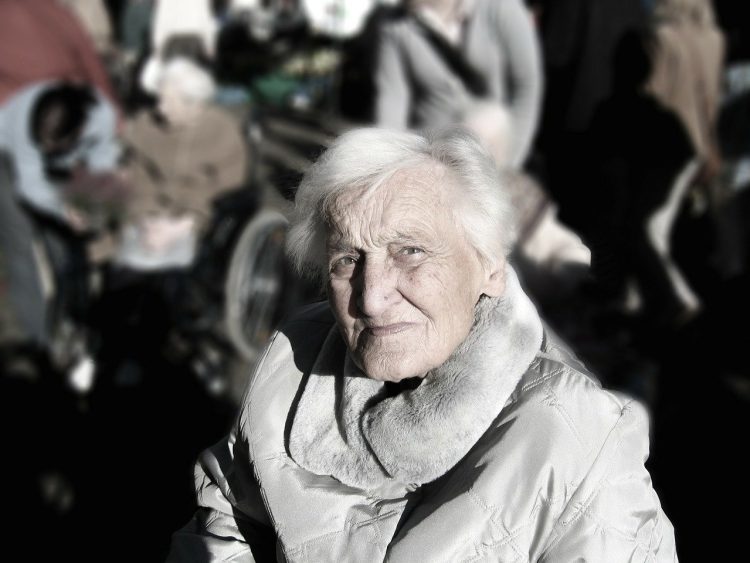 COVID lessons for the future of aged care

Introduction by Croakey: The tragic deaths of 604 residents of aged care facilities from COVID 19 have highlighted the flaws in our current system of aged care, which families and stakeholders have known about for years.

In 2016 the Australian Nursing and Midwifery Federation (ANMF) described the aged care sector as being characterised by:

These problems, which had been raised by the ANMF and other stakeholders for years, were ignored by successive governments. This has resulted in the current underfunded and poorly managed system in which care and compassion take a back seat to cost cutting and short term efficiencies.

Below, consumer advocate Jan Donovan discusses some of the major problems with our current system, in the light of Australia’s ageing population and increasing demand for aged care and in particular dementia care.

She describes models of dementia care from other countries with lessons for Australia and highlights two important first steps towards reforming our aged care system to one which is centred around people and driven by values rather the processes and procedures.

To put wellbeing at the heart of economic policy, create the conditions for people to have the capability to lead lives they have reason to value. That is the future we should be seeking to establish.” Michael Marmot, Life and Health Reimagined, Vic Health webinar series

Australia prides itself on being a clever, innovative, and caring country. Why, then, has the Royal Commission found these qualities so signally lacking in our aged care system? We have uncovered an aged care system that is characterised by an absence of innovation and by rigid conformity. The system lacks transparency in communication, reporting and accountability. It is not built around the people it is supposed to help and support, but around funding mechanisms, processes, and procedures. This, too, must change.” Aged Care Royal Commission Interim Report 2018

According to the latest figures from the Department of Health, three out of four deaths in Australia from COVID-19 have been in aged care.

The Royal Commission into Aged Care Safety and Quality is currently inquiring into the reasons for this tragic loss of life and making recommendations for how to transform our aged care system to ensure it does not happen in the future.

As part of this reform process, we also need to think more broadly about how we will care for our vulnerable older population over the in the next three decades, in particular the growing numbers of older people with dementia.

A recent series of articles in The Economist magazine focused on the global care needs of growing numbers of older people with dementia. The Economist notes that nearly half of all COVID deaths across the rich world have been in care and nursing homes, despite less than 1% of people living in them.

In a special report titled Dementia – The Perils of Oblivion, it notes that dementia currently affects over fifty million people globally.

As life spans increase in most countries, so also does the incidence of dementia. In 2015, the OECD estimated that by 2030 the numbers of people with dementia will increase by 50% in wealthy countries and in poor countries by 80%.

Currently 52% of people in residential aged care in Australia have dementia and with the ageing of our population this number is growing. Dementia Australia estimates that by 2030 there will be 550,000 people living with dementia in Australia.

In meeting this growing challenge, Australia should look to the examples provided by other countries with innovative models of caring for people with dementia.

Japan has the world’s oldest people with 28% over 65 and 2.4 million over 90 and also the highest percentage with dementia of any country at 4% or five million people. This ageing demographic together with Its low birth rate and low immigration mean that caring for this growing older population in Japan is a serious challenge.

In Tokyo there is a shortage of 140,000 residential care places in 2018 and it is estimated that care workers will increase seven-fold by 2030 to comprise more than a tenth of the workforce.

With the shortage of care places to enable people to live at home, the Japanese are trying to make daily life more dementia friendly. Twelve million people have received basic training as “dementia supporters “and in suburban Tokyo volunteers have organised a “dementia café “and weekly get-togethers with those with mild dementia.

People with dementia are also encouraged to carry a QR code on a walking stick or hat. If they are lost, a smart phone scan of the code shows their details. Even with the use of technology to keep older people at home for longer with apps, infra-red rays to detect change such as infections causing  more frequent visits to the toilet and videos on how to run a bath or boil a kettle there will be a shortage of both care workers and nursing care for the next three decades globally.

Like Japan, older people in the Netherlands also prefer to live at home for as long as possible. Innovation in dementia care includes “a dementia village “and is a move away from the medical and institutional model to a non-institutional, social model of care. The dementia village is on the site of a conventional care home with operating costs that are no higher, covered by Dutch long-term care insurance.

The Netherlands model of home-based care is used in twenty-five countries and comprises small teams of nurses responsible for the care of lonely older people in a neighbourhood. They are paid professional wages and operate autonomously to give care to those in need. Day care centres are also important for those with dementia and their carers to provide safe care to enable carers to have breaks.

Lessons from COVID-19 for Australia

COVID-19 has shown up the many flaws in our aged care system, particularly the shortage of the skilled care workforce.

The Interim Report of the Aged Care Royal Commission discusses the poor quality of care and the lack of a timely and transparent complaints system the need for ratios for nursing staff and care workers, and the lack of  transparency to enable those who need care and their families to discern which aged care facilities comply with standards.

Some commentators have criticised the current regulatory system as being “punitive with no rewards for good performance.”

Others have pointed out the lack of transparency around how the significant government funds and personal contributions from older people and their families are spent.

The care workforce is low paid and has led to carers being in short supply working in several care homes contributing to the spread of the virus. Recently the federal government stepped in with additional funding for infection control but there is still no mandated number of skilled nursing or care workers needed to meet the highest quality and safety standards.

The implications of an aging population in Australia

Enhancing the status and valuing the role of carers in Australia is one important first step in attracting more people into caring work.

We need also to address the carer skills shortage problem. Recently nursing, midwives and care workers were added to the skilled migration list but Australia has to be realistic about how many workers we can attract as we are competing with many countries in Europe and Asia.

Another option is to increase the skills of those recently unemployed or underemployed due to the COVID pandemic.  Many women and young people working in retail and hospitality could be given opportunities to train as skilled care workers to ease unemployment and to give them satisfying, secure, well paid employment.

Protecting residents of aged care facilities and older people living in the community from COVID-19 is understandably the current focus of governments. However, over the longer term we will need to address the flaws in our current system, identified by the Royal Commission.

Two key recommendations from the Interim report are: to increase the numbers of care packages to enable older people to live at home for longer; and to cease the use of medications to restrain people indicate the depth of the problems in aged care in Australia.

Adopting these two recommendations would be a positive first step towards transforming our aged care system to meet the future needs of the Australian community.

PrevPreviousAfter years of waiting for action on chronic disease prevention, COVID-19 provides an opportunity
NextIndigenous health leadership and the pandemicNext