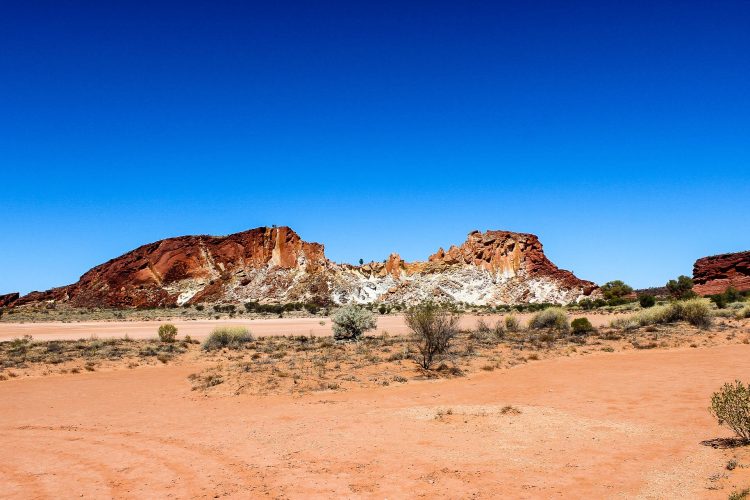 NT Labor, led by Michael Gunner, is expected to form a majority government, the ABC has reported today. And Labor’s election victory is likely to strengthen the resolve of other states to keep their borders closed, writes Michelle Grattan her ‘View from the Hill’ column in The Conversation.

Both those pressing for states to re-open borders, and defenders of their resistance to doing so, will look for arguments to support their cases in Saturday’s Northern Territory election results.

Chief Minister Michael Gunner has taken a tough line on the NT border. With the NT COVID-free, people can’t go to the territory from COVID “hotspots” without quarantining at their own expense.

Labor’s loss of seats – while retaining government whether in majority or minority – is seen by the “open borders” urgers as carrying lessons about putting all (or most) eggs in a keep-safe basket.

It’s accepted that if he hadn’t had COVID to run on, Gunner would have been much worse off, given the NT’s pre-COVID economic problems.

But if he had taken a softer approach to the border, and there’d been a major COVID outbreak, he would have worn serious blame. With Indigenous people – who, like the elderly, form a high risk group for COVID – forming about 30 percent of the NT community, a big outbreak could have been catastrophic.

And while the NT economy remains in poor shape, especially the tourist sector, the state is open internally (they were all hugging at those party functions on Saturday night).

Queensland premier Annastacia Palaszczuk and Western Australian Premier Mark McGowan are unlikely to see the NT result as sending a signal their border policies will be a political handicap.

That doesn’t mean Palaszczuk and McGowan can afford to rely on their performances on COVID alone when they go to the polls in October and early next year respectively. Their voters will expect more. But as things stand, restrictive border policies are popular and the NT hasn’t said otherwise.

Progress is being made on specific problems, such as the needs of agriculture in border areas, and health matters.

But on the basic question of opening or closing, the premiers remained firm. Only NSW is Morrison’s ally in this battle.

While commentators see the war over borders as a sign of the federation’s dysfunction, voters in particular states read it differently.

Morrison announced at his Friday news conference national cabinet had asked the Australian Health Protection Principal Committee (AHPPC), including state and federal health advisers, to define a “hotspot” and consider movement restrictions relating to these spots.

He hopes such a definition would put pressure on premiers and chief ministers to limit border closures.

It is apparently trodden and tricky territory. Acting Chief Medical Officer Paul Kelly told the news conference: “It is a piece of work we have had an attempt at before. And we’ll continue to try to get consensus there in AHPPC about a definition of a hotspot.”

It remains to be seen whether this committee can agree. And if it does, whether that would make any difference to what leaders do.

But when parliament resumes on Monday, it won’t be borders that will be the front of mind issue – it will be aged care.

With a majority of COVID deaths being people who lived in aged care facilities, and an absolute shocker of a performance from Aged Care Minister Richard Colbeck on Friday, the opposition has a lot of ammunition.

Colbeck, appearing before the Senate COVID committee, was asked two simple questions. How many deaths had there been of residents of facilities, and how many COVID cases were there among residents at present. He could neither remember, nor find the numbers immediately. This was appalling preparation.

Forced to defend Colbeck, Morrison said, “on occasion, I can’t call every figure to mind”.

But the PM knew such a lapse has an impact beyond its strictly objective importance.

An example from long ago makes the point. Late in the Hawke government, then treasurer John Kerin at a news conference was unable to explain an economic term. It was hardly a hanging offence. But it damaged Kerin, and the government.

With the Colbeck clip shown over and over, it quickly becomes a symbol of both the minister’s failure, and the failure of the government to do enough to protect aged care residents.

The odds are short that Morrison will move Colbeck from aged care when he reshuffles his ministry following the departure of Mathias Cormann late this year.

But Colbeck is only one player in the aged care crisis, and not the most important. He’s the junior minister in the health portfolio. The Health Minister Greg Hunt, the prime minister, the government regulator of the industry (the Aged Care Quality and Safety Commission), and advisers to government share responsibility. And it is important we don’t forget the private providers: did some of them not heed warnings?

Faced with questions about the Victorian aged care disaster, Morrison has tried to unload some of the blame onto the state government by saying the states have responsibility for public health.

That’s true and the Victorian government must be accountable, both for unleashing community transmission with the quarantine breach and for inadequacies in its health reaction. But the fact the federal government is responsible for the sector means Morrison, Colbeck and Hunt need to both admit the Commonwealth’s mistakes and also lay out a convincing roadmap for the future.

Some actions are being undertaken, and there is the complication that the report of the royal commission into aged care is still months away. But the issue is urgent.

The Morrison government is always reluctant to be seen to be pushed, and Friday’s national cabinet provided an interesting insight into this.

When the royal commission less than a fortnight ago suggested, based on evidence from Monash University geriatrician Joseph Ibrahim, that the government should set up an advisory unit including people with expertise in aged care, infection control and emergency responses, Morrison was publicity dismissive.

But the statement from Friday’s national cabinet said: “A time-limited AHPPC Aged Care Advisory Group will be established to support the national public health emergency response to COVID-19 in aged care. The Advisory Group will bring together expertise about the aged care sector, infection control, emergency preparedness and public health response.”

Take a bow, Professor Ibrahim and the royal commission.

Michelle Grattan is Professorial Fellow at the University of Canberra.

Michelle Grattan does not work for, consult, own shares in or receive funding from any company or organisation that would benefit from this article, and has disclosed no relevant affiliations beyond their academic appointment.

PrevPreviousWeighing up the potential benefits and harms of comprehensive full body health checks
NextFor people with disability, the pandemic has brought hardship and neglect, Commission hearsNext