Creating a fairer distribution of health: what will it take?

(Update, 9 February: The Twitter analytics for this event have been added at the bottom of the post, beneath the program)

How will we know when the movement for health equity has become a political force? (I don’t think anyone could seriously argue that it is at the moment, do you?)

Will it be when mainstream journalists start asking governments whether their policies – and not only in the health portfolio – are exacerbating or reducing health inequities?

Or will it be when Government Ministers and other politicians start asking for briefings on the impacts on health equity of general policy options? (As a by the by, has there ever been such a briefing paper prepared for any government in Australia, I’d love to know).

Or will it be when health inequalities become a topic of general conversation, one of those so-called barbecue-stoppers – and I mean in a constructive way?

Or will it happen only if wider concerns about equity more generally become a driver of political action?

These are some of the questions that sprang to my mind when contemplating the potential and the possibilities of the Centre for Research Excellence in the Social Determinants of Health Equity.

On Monday, Croakey is hosting a day-long Twitter festival to mark the Centre’s launch of its new website (check it out – you can sign up for email updates, amongst other things).

I will be asking questions of the guest tweeters, but perhaps you have questions you’d like to ask of people like the professors Fran Baum, Sharon Friel, and Dennis McDermott, and others associated with the Centre (check out the who’s who here.)

Or perhaps you have some suggestions for them about health equity more broadly, and who else you’d like to see as part of this conversation – whether organisations or individuals.

Here are some introductory comments as a scene-setter. 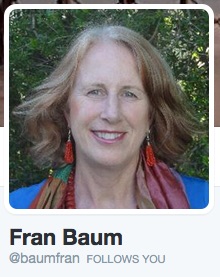 In the US we are seeing declines in average life expectancies among white males, following economic change.

The CRE will be working to determine the policies that will stop similar happening here, with lessons for other countries”. 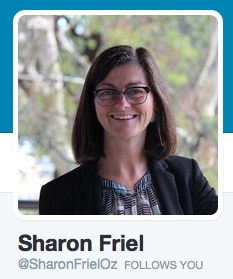 “For a long time we have known about what needs to be done to improve people’s health and in a fair way.

But very little has happened, and in fact some of the economic, social and health policies that have been introduced are likely making things worse – think of the co-payment and the ongoing GST discussions.

The CRE will help understand how to make health equity a political priority and how to implement actions that flow through into real impact on health outcomes.”

Backgrounder on the Centre

This blurb about the Centre’s work is cross-posted from its website:

“The NHMRC Centre of Research Excellence on the Social Determinants of Health Equity was launched by former Prime Minister the Hon Julia Gillard in April 2015.

The CRE brings together world-leading academics, policy-makers and civil society groups from across Australia and internationally, and is devoted to the interdisciplinary study of how government policies shape how healthy we are, how long we live and how this differs depending on our social and economic circumstances.

Combining insights from intervention evaluation, public health, political science and systems science research, the CRE is conducting research on what factors influence how policies are devised and implemented in ways that do or not incorporate health equity.

We are also developing new methods of assessing the effectiveness of implementation and impact of policies on health equity. Understanding and acting on these challenges will be a key step forward to achieving more equitable health outcomes for all Australians.

The website describes our four work programs and focus policy areas, which include trade and investment; health systems; land use planning and infrastructure. We have also been developing our particular focus on Aboriginal and Torres Strait Islander health and working to integrate Indigenous knowledges into our work.

A central part of our work is engagement with policy and practice. On May 12th we will host our first policy day in Canberra. The aim of this day is to:

• Join the discussion by following #healthequity16 and @crehealthequity. The program for Monday’s tweet-a-thon will be posted by Sunday evening.

• You can also follow the conversation via the Symplur transcript.

Program (all times given in AEDT)

1300-1400 All in: Hearing from the Twittersphere – facilitated by Melissa Sweet

1400-1500 What role for the health sector? Matt Fisher  (Flinders University)

1500-1600 Reflections on the 10th anniversary of Close the Gap: Dennis McDermott (Flinders University)

We are also looking forward to hearing from Professor Sir Michael Marmot and Andrew Leigh, MP, during the day.

Thanks to all who engaged with and participated in the #HealthEquity16 Twit-a-thon.

Below are the Twitter analytics, via Symplur, for the period from 6-9 February.

There were 375 participants (i.e. 375 Twitter accounts that engaged with the hashtag, whether by tweeting or re-tweeting) and 11,104,191 Twitter impressions.

Read the Twitter transcript here (please note you can adjust the time periods, they are in the Pacific timezone, though this can also be adjusted): 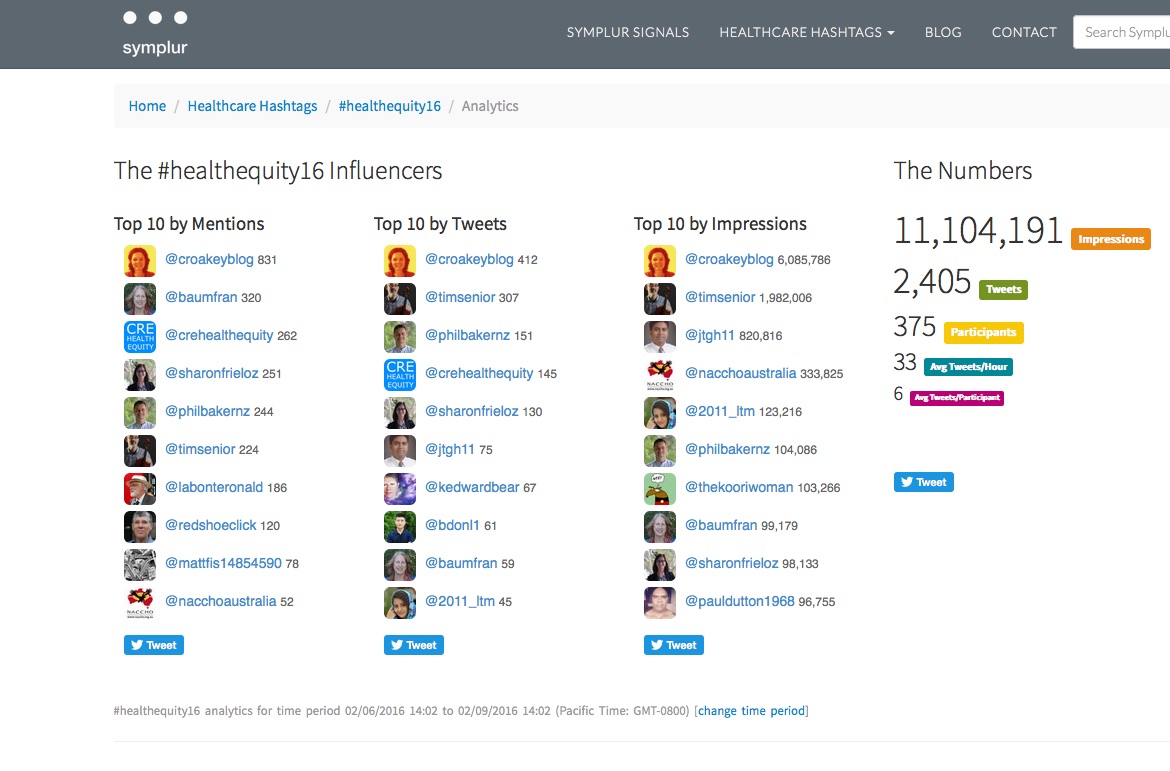 #HealthEquity16 trended nationally on Twitter for most of the day.

Trending from before 11am… 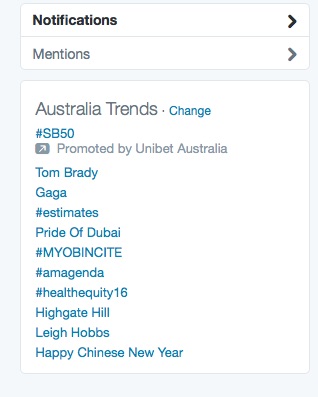 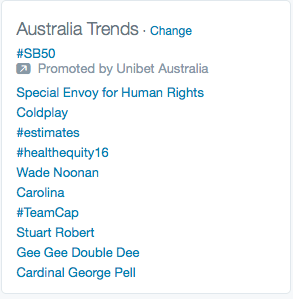 Melissa Sweet hosted the #healthequity16 Twitter festival as a Croakey Professional Service (check out the range of services offered by the Croakey connective).

This means she is being paid for her time in relation to this event, and that 10 percent of these funds will go to Croakey’s funding pool, to help pay for ongoing website maintenance and development costs.

PrevPreviousLitvinenko, Polonium-210: tobacco products are toxic and should be “recalled”.
NextThe doctors, the churches and the asylum seekers: could this be the line in the sand?Next