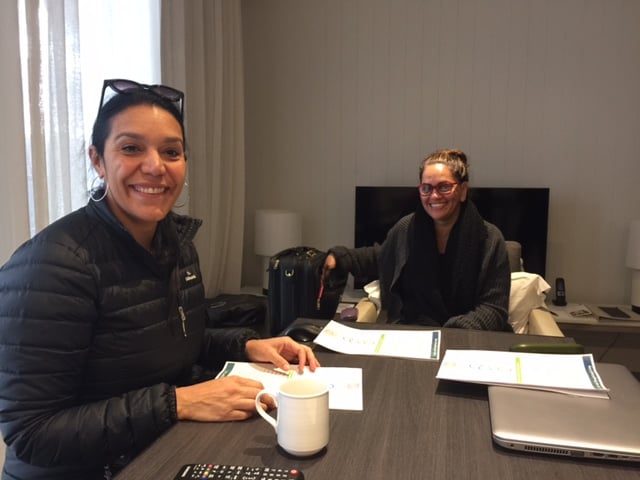 Creating an Indigenous-led movement for Cultural Safety in Australia

In 1988, a first-year Maori nursing student in Christchurch asked an astute question that many health systems, services and professionals are still struggling to answer.

“You people talk about legal safety, ethical safety, safety in clinical practice and a safe knowledge base, but what about Cultural Safety?” the student asked a national meeting convened to hear about the experience of Maori students.

The Maori nurse running that meeting was the late Dr Irihapeti Merenia Ramsden, who then asked the student’s permission to use the term “Cultural Safety” to describe the work that Ramsden was doing to transform power dynamics in nursing education, practice and policy.

When Ramsden’s ground-breaking PhD thesis on Cultural Safety was published in 2002, the year before her premature death from cancer, it began with the student’s quote.

This was emblematic of how Ramsden’s work developed as a result of her reflexive practice and commitment to learning from patients, students and others with whom she worked, as is demonstrated time and again in her remarkable thesis.

(If you haven’t read the thesis, download it here; RAMSDEN I Cultural Safety.  It provides a master class in the power of storytelling and writing with clarity and heart, as well as intellect. It tells of her fascinating family background, her own traumatic experiences with the health system, her 23 years as a nurse, and a further 16 years as a nursing educator.)

Ramsden’s thesis sets out the difference between Cultural Safety – which reverses the gaze so that health professionals examine their own beliefs, behaviours and practices as well as issues such as institutional racism – and transcultural concepts like cultural awareness, which can promote the “othering” of patients and what Ramsden called “cultural voyeurism”.

Cultural Safety, as Ramsden writes, “is about the analysis of power and not the customs and habits of anybody”, requires a “profound understanding of the history and social function of racism and the colonial process”, and puts the power for determining whether care is culturally safe in the hands of the recipient of care. She argued that the term should be capitalised.

Fifteen years after Ramsden’s thesis was published, many of the issues she raised remain pertinent for Aboriginal and Torres Strait Islander people and healthcare in Australia – not least her statement that if people do not learn the true history of colonisation before becoming health professionals, they are not well equipped to provide culturally safe care.

At a CATSINaM writing retreat in Canberra last week, Janine Mohamed, the CEO of CATSINaM, and Professor Roianne West, Director of the First Peoples Health Unit at Griffith University, reflected upon the enduring importance of Ramsden’s work, as per their shared narrative below.

Meanwhile, at the Indigenous Nurses Aotearoa Conference 2017 in Auckland tomorrow, Mohamed will talk about Ramsden’s ground-breaking work in defining Cultural Safety and suggest that its critical importance for the health of Maori people has been transformative for Indigenous peoples globally.

Also watch the video interview below, where Mohamed and West put out a call to journal editors who might like to engage with their plans to develop a “paper trail” to trace the development of Cultural Safety in an Australian context, led by Aboriginal and Torres Strait Islander scholars and practitioners.

As a second year nursing student, in 2000 I was fortunate enough to attend a Transcultural Nursing Society conference and, although I didn’t fully appreciate how fortunate I was to attend such a conference, I did appreciate the opportunity to meet “The” Irihapeti Ramsden.

Irihapeti was the only author I had read at that time whose work I could relate to and understand – as one black nurse to another, in her writings about Cultural Safety.

Irihapeti took the time to speak with me and the other Aboriginal nursing students I was with. But I was a little star struck, so don’t remember all the detail of the conversation.

I do remember her sharing with us a very valuable piece of advice that continues to inspire and motivate me still to this day. It was “as a Maori nurse speaking to Aboriginal nurses how important it was to always leave a paper trail”.

I share this memory of that conference almost 20 years ago as I write together with the CEO of CATSINaM about the importance of “leaving a paper trail” about Cultural Safety from an Aboriginal nurse’s perspective, honouring the words of Irihapiti.

Even more bizarre is that Irihapeti Ramsden remains one of only a few authors who continues to speak to me and my experiences as an Aboriginal nurse in Australia.

Around the same time as I met Irihapeti, CATSINaM was founded – this year marks 20 years since its inception.

Many times I have experienced a traumatic lack of cultural safety in the health system, whether as a client or as the carer of a loved one.

But the example that most sticks in my mind is when I was a student nurse, listening to my classmates answer our lecturer’s question written on the whiteboard.

“What do you think of when you hear/read the word Aboriginal?”, the lecturer had asked.

The traumatic experience of sitting there, listening to my classmates and friends answer this question, is one that I have reflected on many times during my nursing career.

Initially, it was to make sense of, or label these feelings and to answer my own questions of: ‘Were my friends racist? Where did this thinking come from? How could they say this about me?

In 1998 my world was enlightened. I met a group of nurses whose experiences were not unlike mine, including my colleague Roianne. This is where I felt affirmed and culturally refreshed amongst my peers.

Collectively we agreed that we did not want this treatment to be inflicted on other Aboriginal and Torres Strait Islander nurses.

In that same year I met Professor Judith Clare whilst I was working at Flinders University. She was from “across the ditch” and described herself as a Pakeha (non-Maori New Zealander), and devotee of Cultural Safety.

Try as she might, as she paced the floor of her office, barefooted and arms waving, using analogies and quotes to explain Cultural Safety, I just couldn’t fully understand her explanation.

I began to think it was me, but then realised it was the nexus of perspective that divided us. It wasn’t until I read about Cultural Safety from an Indigenous perspective, using analogies that could have been my own experiences, that I began to understand.

Most importantly, I came to understand it as a ‘process’ that explores whiteness and privilege. What Cultural Safety offered me was an insight into dominant culture, and it labelled or gave words to so many of my emotions, and words like racism.

Some 19 years on from my first CATSIN conference, I now have the privilege of leading this great organisation. Unfortunately, I still hear of our members experiencing racial bias and institutional racism.

Like trade that happened for many thousand years before our countries were colonised, Aotearoa and most importantly Irihapeti Ramsden gave us a gift and idea (something we didn’t have) that we need to: a) make our own and b) use (don’t waste it).

Our membership has affirmed that Cultural Safety is an important commodity for us.

CATSINaM now has the shared responsibility to ensure that Cultural Safety as an Indigenous nursing philosophy is firstly understood and secondly embedded into systems to ensure that its efficacy is not reliant on individual efforts.

Sadly the conversation regarding Cultural Safety in Nursing in Australia has been dominated by non-Indigenous nurses to date.

The timing is significant in that Cultural Safety is linked to the principles of New Zealand’s founding document, the Treaty of Waitangi, and in May of this year Indigenous leaders from across the country called for a representative body to be enshrined in the constitution and a process established working towards treaties for Australia.

Although there are many similarities between the First Peoples of New Zealand and Australia, there are as many differences.

Little is known and understood about the concept of Cultural Safety and its application in Australian Indigenous healthcare contexts.

Indigenous-led research in the area is required to this end to be meaningfully applied to the cultural context of Indigenous Australian healthcare.

The International Declaration on the Rights of Indigenous Peoples defines self-determination as the basic human right of indigenous peoples to make their own decisions on issues that concern them.

However, we are yet to see the representation that is commensurate with need, of Indigenous nurses in the very institutions that make decisions and declarations on our behalf.

Our belief is that when Cultural Safety is embedded and championed by these systems, this is possibly when parity and ultimately equity will be achieved.

As part of this process, non-Indigenous nurses from these institutions must step into their responsibility as the 97% of the population with the power and voice, to advocate for and enable the representation of Indigenous Nurses to speak on behalf of our unique professions.

In the interview, Mohamed describes Cultural Safety as “know thyself” and argues for the need to broaden understandings of safety in a healthcare context.

West says “sadly we are still at the very beginning” of applying Cultural Safety in Australia, being “still caught up in discussing the terminology”.

Almost 30 years after that young nursing student asked her question about Cultural Safety, “we have got quite a long way to go,” says West.

Download and read Janine Mohamed’s recent speech to the NSW Nurses and Midwives Association, in which she diagnoses the health system and offers a remedy: Cutural Safety: a much-needed treatment.

• Declaration: Melissa Sweet attended the writing retreat on behalf of Croakey, and as a guest of CATSINaM. Melissa provides occasional writing consultancy services to CATSINaM. She co-presented with Janine Mohamed to the NSW Nurses and Midwives Association.