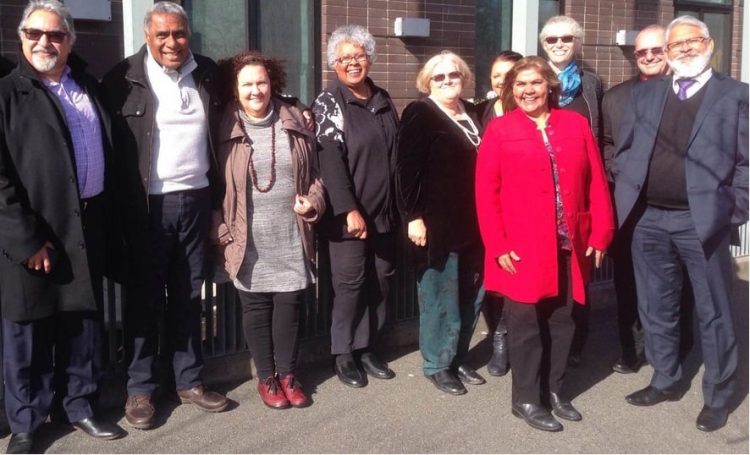 The First 1000 Days Australia Council (courtesy of the organisation)

The sheer grit and determination that it takes to create transformative change is documented in a history of the Lowitja Institute launched this week – and is also evident in other Indigenous-led innovations.

One such example is the First 1,000 Days Australia – an initiative working with Aboriginal and Torres Strait Islander Elders, researchers, community members, front-line workers and policy makers to provide a coordinated, comprehensive, culturally informed intervention to address the needs of Aboriginal and Torres Strait Islander families through a multigenerational and dynamic expression of family.

Below, Professor Kerry Arabena, Director of the Indigenous Health Equity Unit at the University of Melbourne (and previously the inaugural CEO of the Lowitja Institute), reflects on the development over the last four years of First 1,000 Days Australia, of which she is executive director.

The account below is an edited extract from this article, recently published to mark National Aboriginal and Torres Strait Islander Children’s Day, and coinciding with the launch of a new partnership between First 1,000 Days Australia and Save the Children.

Late one afternoon in July 2013, I heard those words that cast dread into even the most stoic: ‘You have been defunded’. Feeling overwhelmed is not new to many of us but for me, at that time, the news was brutal. 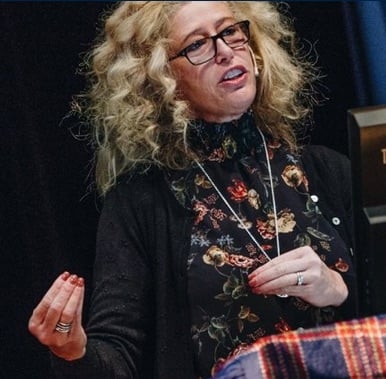 I had two choices – the first was to leave my position at the University of Melbourne. I couldn’t do that, so I went with my second option: to stay and try to set up the next phase of work for the University’s Indigenous Health Equity Unit.

At about the same time, Dr Jacinta Tobin, who delivered teaching programs in the University’s Faculty of Medicine, Dentistry and Health Sciences, had come back from an international conference on paediatric nutrition.

At this conference she had heard about the First 1000 Days Movement, which focused on improved maternal and infant nutrition for mothers and children in developing country contexts. I read The Lancet series on the topic and loved the power of those words – first one thousand days. We got excited.

Dr Tobin worked on a research proposal that ultimately did not get funded. I did the same, to no avail. That and other funding proposal rejections were received, and the teams’ confidence levels went down. I kicked some cans around my back yard.

That could have been the end of it, but it wasn’t – not at all. I knew that nutrition, while a problem area, was not the only area of focus in which we could make a difference during the period of time from pre-conception to age 2.

I did a bit more investigation and wrote a couple of papers on the importance of this period, building on my decades of work in sexual and reproductive health and wellbeing, and being cognisant of the increasing number of our children in out-of-home care.

I first invited myself to meetings to do a few talks, then got invited to do more talks, and managed to get some people in some places quite excited about the possibilities of the work – who then went and implemented some of our ideas but without involving us. This was a truly inspired can-kicking period of time; almost balletic some might say…

In the early days, I found Families Australia was also holding discussions with partners and members on the First 1000 Days, this time referencing the work being done in the United Kingdom. Many agencies then seemed to think that it was another ‘cargo cultist’ approach to health service reform, plucking something from another country and reinventing the premise and implementation of the program to make it work in Australian contexts, so Families Australia was finding it difficult to get traction – as was I.

Various meetings with government officials had me explaining why the First 1000 Days couldn’t start at birth and finish at age 3. Because I wouldn’t compromise on my ‘period of time’, I did not get funded. A few more cans got kicked.

Our first break came in Victoria, where I had a workshop with three Director Generals of various State departments, the University of Melbourne and other colleagues to talk about the powerful impact of this period of time, and the possible programmatic avenues we could follow.

I was joined at the workshop by my university colleague Professor Collette Tayler who spoke of the success of the Abecedarian program in communities around the world.

On the eve of greatness, a State election occurred. Again, I sat with my feeling of being overwhelmed, kicked a few more cans, and then got on with it again.

In 2015, I did some consulting jobs that enabled me to hold four symposiums to get wider buy-in from our respective communities. Focusing on community engagement, research, policy and advocacy, and the science behind the concept, each of these symposia sparked the building of a community of people interested, and invested, in the ideas behind the First 1000 Days model.

Our ideas were transformed and shaped by those who engaged with us, and we started to run short courses – at the first of which I had to raffle off a place to encourage participants to come!

But we also had enough money left over from the symposiums to bring together a group of highly accomplished Aboriginal and Torres Strait Islander individuals as members of our First 1000 Days Australia Council. Members of a Scientific Committee made up of eminent scientists from the University of Melbourne, La Trobe University, Murdoch Children’s Research Institute, Walter Elizabeth Hall Institute, Australian National University, South Australian Health and Medical Research Council and the Australian Partnership Prevention Centre joined the Council.

These two bodies are in existence today, ensuring the community voice is heard, and the evidence is clear. During 2015 and 2016, we saw First 1000 Days work embedded in the 2015 National Children’s Commissioner’s Report; the Redfern Statement; the Family Matters Campaign and others. We also we worked with local Artist Mandy Nicholson to develop our logo.

In our work with Save the Children Australia, we are joined by Heather Finlayson (Director Australian Programs), the State Managers and Jarrod Lenne (State Growth Advisor). Through this partnership, Regional Implementation Coordinators will be on-boarded in the next few weeks.

Focus on Victoria and Queensland

Our current focus is in Victoria and Queensland. This is because we attracted $150,000 from the Victorian-based Department of Social Security to trial a pre-conception household- leveled survey with Aboriginal Housing Victoria Tenants in the Whittlesea region north-east of Melbourne, and in Queensland we were successful in a $1.5 million grant from the Department of Communities, Child Safety and Disability Services for services that benefit Townsville and Moreton Bay regions in Queensland.

More recently, we secured $50,000 from GSK to develop a Peer Researcher Trainer short course through the Save the Children Registered Training Organisation based in Brisbane.

Four years on, from very humble beginnings, we have a team that spans two organisations and two State Governments, with key activities being developed for implementation across Australia, Indonesia and Norway.

We have developed both short courses and subjects in the University of Melbourne’s Master of Public Health (MPH) programs, and have presented our work at national and international conferences across Australia and overseas.

We have had our work referenced in policy, in communities of practice, in program and service delivery, and in household-level activities. We received funding from the Victorian Department of Social Services and were able to work with Aboriginal Housing Victoria on the development of the More than Just a Landlord project.

We have received support from the Australian Indonesian Centre to facilitate two workshops between Indonesian and Tribal Peoples in using the first 1000 days to achieve better health and wellbeing as per the United Nations’ Sustainable Development Goals.

We also support early education workers across the country and strong individuals like Andrew Jackomos, June Oscar and Donna Ah Chee – who give so much to all of our children.

In support and recognition of the incredible talent of our alumni (students who have completed our short courses and MPH subjects) and other people in our communities, we have made four dates of the year part of our plan to celebrate who we are, and what we can achieve together.

This year our Summit is being held from 16–18 October in Brisbane (for more info, click here).

We invite abstracts on Indigenous-led and conceived of, evidence-based research and interventions that address children’s needs from pre‐conception to two years of age, thereby laying the best foundation for their future health and wellbeing.

Presentations and workshops will address areas including caring and parenting, infant and child development, family strengthening, implementation and translation, entrepreneurship and governance in this area. 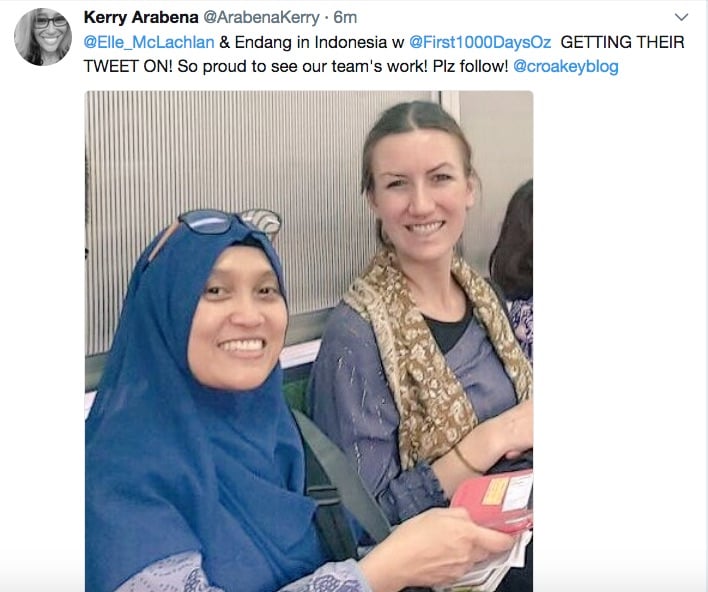