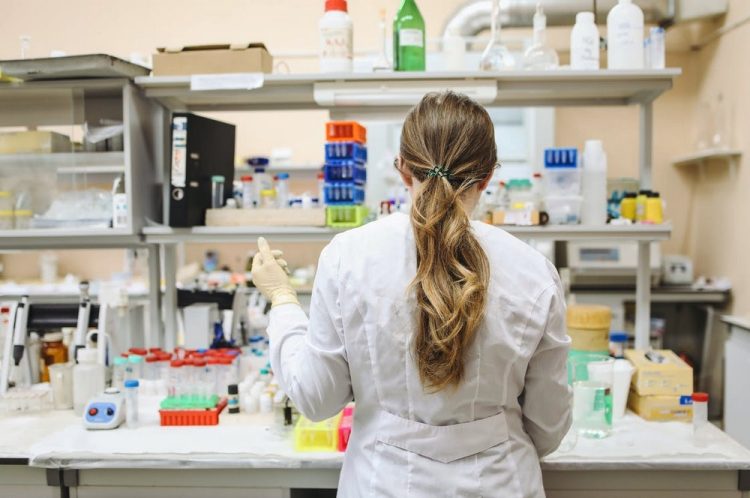 Photo by Polina Tankilevitch on Pexels.com

For many years, communications about vaccination have addressed moral concerns that some vaccines (rubella, varicella, hepatitis A and rabies vaccines) are developed with cell lines originating from the tissue of fetuses aborted in 1964 and 1970.

The Vatican considered this issue in 2005, weighing that despite its lack of moral acceptability, the use of such vaccines could proceed in the absence of a suitable alternative.

Here it also referred to the extrema ratio – Latin for a remedy having extreme consequences:

Below is the conclusion of the Vatican’s moral reflections on vaccines prepared from cells derived from aborted human foetuses:

In the last week, the Sydney Catholic, Anglican and Greek Orthodox archbishops spoke publicly, stating that they had written to the Prime Minister about their concerns regarding the Astra Zeneca Oxford COVID-19 vaccine.

“ChAdOx1 nCoV-19” uses the HEK293 (human embryonic kidney) cell line in production. HEK293 originates from the cells of a fetus aborted in 1972 or 1973. The reason for the abortion is unknown.

Dr Alex van der Eb, one of the developers was quoted in Alvin Wong’s treatise on the ethics of HEK293:

So the kidney material, the fetal kidney material was as follows: the kidney of the fetus was, with an unknown family history, obtained in 1972 probably. The precise date is not known anymore. The fetus, as far as I can remember was completely normal. Nothing was wrong. The reasons for the abortion were unknown to me. I probably knew it at that time, but it got lost, all this information.”

For a range of reasons elaborated in his article, Wong believes it was likely to be an elective termination of pregnancy.

Other vaccines use cell lines from aborted fetuses – WI-38, MRC-5 – but they are not involved in the COVID-19 vaccine. Further information on these cell lines and what the world’s major religions teach about vaccination can be found in this article.

These ethical questions have been carefully weighed by the Vatican and other religious organisations. They conclude that the ethical unacceptability of using a cell line from an elective termination of pregnancy is outweighed by the benefits of vaccination.

This is a crucial time for establishing views about a new vaccine. Once shaped, those views become reasonably stable and harder to shift. That can influence uptake.

Having these leaders in Australia raise a cell line issue may damage vaccine confidence for two reasons.

First, the issue taps the moral foundations of purity/disgust which are associated with vaccine rejection. “Poisonous chemical cocktails” was a common theme in my study of anti-vaccination discourses in 1990’s Australian newsprint media and books from the 19th century. It is compelling and persistent.

Second, that very theme is amplified by influential leaders. And when it comes to vaccination, religious leaders are influential – much more than anti-vaccination activists.

In 2003, a doctor and President of Nigeria’s Supreme Council for Sharia Law, Dr Datti Ahmed, waged a campaign against the oral polio vaccine in Kano province, Northern Nigeria. This led to the boycott of the entire polio program there and a stalling of elimination, finally declared successful for the African continent last week.

Religious leaders hold many responsibilities in what they say about vaccines.

Aside from sharing their ethical concerns (although these are not shared by all such leaders), they must carefully consider the influence of their public deliberation on early attitudes to vaccines. Perhaps these issues were better considered via a careful and thoughtful internal process rather than being announced publicly.

This week was also a nudge for the Australian Government to focus on matters at hand. Last Wednesday, the Prime Minister was quick to share his mental model around vaccination – making it mandatory.

After a rapid backlash he toned down the rhetoric. But the pronouncement managed to pull focus away from aged care failures.

Mandatory vaccination is a distraction in a number of ways. In vaccination, government should instead be engaging with key influencers and the public(s) to address these and other possible issues in an informed and frank way.

We also need to have a national conversation about who goes first when it comes to receiving the vaccine. Healthcare workers? Essential services workers? The elderly? The chronically ill? How will equity be addressed?

Deliberative methods involve an informed citizenry reaching verdicts about what is fair. They will be needed with the inevitable short supply in the initial roll-out.

Increasingly it looks like vaccines will be our way out of a pandemic that continues to devastate so many lives. A number of vaccines have shown promising results from early trials. Unless their promise is not realised, or a good treatment comes first, vaccines will be our exit strategy, as they were with polio epidemics.

Getting vaccines made, out, into people’s arms, and gaining the population immunity to control COVID-19 will still be a long slow process.

But it will be even longer if early controversies jeopardise public confidence in the vaccine/s.

The principles of risk communication have proven a reliable guide in dealing with the various controversies coursing through this pandemic.

In the case of moral concerns about the production of some vaccines, our Government would do well to communicate early and often and work with other credible sources. We will hopefully see a rapid resolution to these concerns.

Professor Julie Leask is a social scientist specialising in vaccination and health communication, based at the University of Sydney, Faculty of Nursing and Midwifery. She was overall winner of the Australian Financial Review 100 Women of Influence in 2019.

This article was first published with the title, ‘Fetal cell lines in vaccines – the extrema ratio in an age of COVID-19’, at her site, Human Factors, a blog focusing on public health, immunisation, human behaviour, health communication and academia. Follow on Twitter at: @JulieLeask 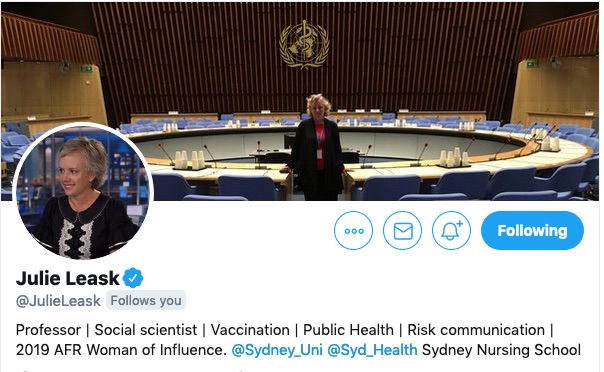 PrevPreviousHow many healthcare workers need to be infected before you will protect us, Premier?
NextNew report on health promotion – from #HealthReimagined. Download your free copyNext