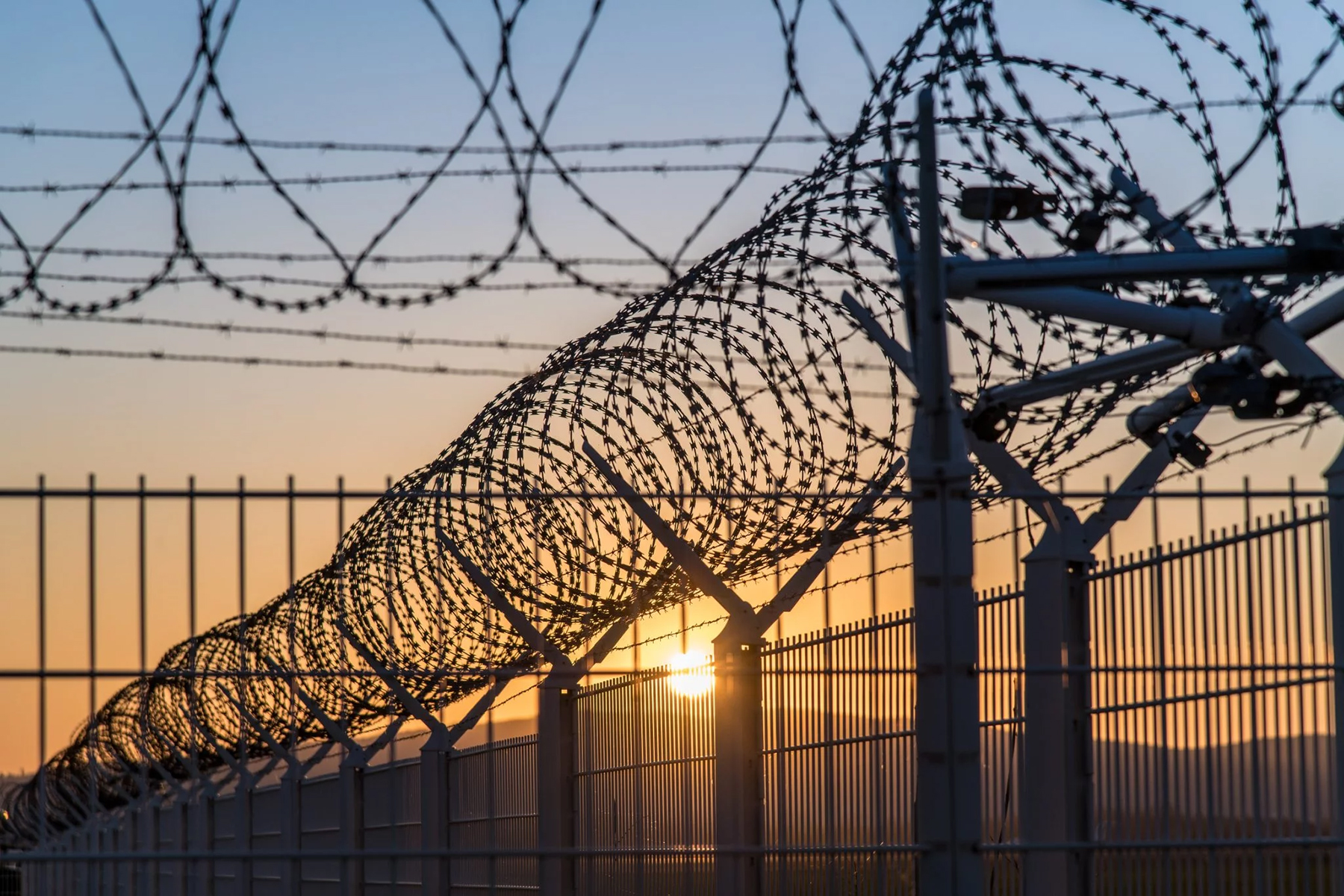 Image by Dzoko Stach from Pixabay

Crime and incarceration: can we have less of both?

Introduction by Croakey: Australia’s incarceration rate has more than doubled since 1985, including that of First Nations peoples, delegates at this week’s Australian Institute of Criminology Conference heard.

However, according to opening remarks by Dr Andrew Leigh MP, “this is not because Australians have become twice as likely to commit serious crimes”. Crime rates for most categories, including murder and robbery, have in fact decreased, Leigh said.

In his presentation, Leigh said that the issue of incarceration is most closely linked to “how we have chosen to handle complex social challenges”.

According to the Assistant Minister for Competition, Charities and Treasury, a combination of “stricter policing, tougher sentencing and more stringent bail laws” appear to be responsible for Australia’s growing incarceration rate.

In last week’s Federal Budget, the Albanese Government announced a $99 million investment in First Nations Justice, including investment in community-led initiatives and building the capacity of culturally safe legal assistance.

Read Leigh’s full presentation below, as delivered at the conference on 31 October, where he concludes by stating the Government’s commitment to evidence-based policies and quality of data to enable action on the issue.

I begin by acknowledging the Ngunnawal people, the Traditional Custodians of the land we are meeting on. I acknowledge and respect their continuing culture and the contribution they make to the region, and I pay my respects to their Elders, past and present.

I would like to especially thank Aunty Jude Barlow for her warm Welcome to Country.

I also hope many of you will join me in this room tomorrow evening when I will be announcing the winners of this year’s Australian Crime and Violence Prevention Awards. This year, the 30th anniversary of the awards, we will be celebrating the achievements of 9 police and community-led projects that have been working hard to make our local communities safer.

This conference reflects the AIC’s commitment to not only undertaking policy-relevant crime and justice research, but also communicating the findings of that research to policy-makers and practitioners.

The conference has a broad program which reflects the scope of the AIC’s priorities. This includes issues such as:

These are scary topics, so I can readily see why you’ve chosen to hold your conference on Halloween. Amidst the ghouls and goblins strolling Canberra’s streets tonight, I fear there may be a posse walking door to door, threatening to read out sections from AIC reports if they do not receive their quota of lollies.

Over the next three days, you will hear from more than 80 researchers and academics working to understand and address these issues and ultimately to help reduce crime and improve the way in which justice is delivered in Australia.

This research will bring new insights into how governments and society can tackle these issues.

Next year will mark the 50th anniversary of the AIC opening its doors and over that time the Institute has consistently contributed to evidence-based policy.

I note from its recently tabled annual report that in the last year it has, among other achievements:

Research of this kind helps to shape the way in which government of all levels addresses these issues.

In Mark Dreyfus, you have an Attorney-General who is committed to building up the evidence base on what works in criminal justice policy, and drawing on the existing evidence in making policy decisions.

In doing so, it is vital to work constructively across jurisdictions. For example, earlier this year, the meeting of Attorneys-General agreed to collective action to address family, domestic and sexual violence.

Though co-operation within the Federation does not cause headlines in the same ways that conflict does – acting on some of the major challenges facing the criminal justice system demands it.

A recent meeting of the Standing Council of Attorneys-General endorsed a five-year Work Plan to Strengthen Criminal Justices Responses to Sexual Assault.

That work plan including commitments by the Attorneys-General to strengthen legal frameworks, build justice sector capability, and to support research and collaboration across jurisdictions – exactly what we are gathered here to do for this conference.

The Attorney-General’s Department, with the Australian Institute of Criminology, is currently reviewing the definitions of consent, as well as broader definitions relating to sexual assault and child sexual abuse.

This includes legislation with respect to consent and stealthing, which has been the subject of recent calls for reform from advocates.

The Attorney-General is also committed to improving access to legal assistance. Strengthening the community legal sector to ensure that those who need it the most can access legal assistance. Resourcing is part of that picture. So is ensuring the administrative and bureaucratic burdens on the sector are proportionate and reasonable.

The current National Legal Assistance Partnership expires in 2025, and an independent review of the agreement will commence next year.

One of the central challenges that Australia faces is the rise in incarceration. In a research paper published in the Economic Record in 2020, I described this as ‘The Second Convict Age’.

The incarceration rate has more than doubled. Yet this is not because Australians have become twice as likely to commit serious crimes.

In fact, the reverse is true. The crime rate in Australia for most categories of crime has been falling since the mid-1980s. Rates of murder have halved. Car theft rates have plummeted. Robbery rates are down.

The issue has instead been with how we have chosen to handle complex social challenges. Stricter policing, tougher sentencing, and more stringent bail laws appear to be the main drivers of behind Australia’s growing prison population.

You might ask whether crime rates have fallen because of the increase in incarceration. The answer seems to be no. The factors that have driven the fall in crime include better community policing, immigration, rising incomes, the removal of lead from petrol and the mandatory installation of electronic immobilisers on new vehicles.

This suggests that it should be possible to have an Australia with less crime and less incarceration.

Those children will suffer mental anguish. They will do worse at school. They will be more likely to end up on welfare and in crime themselves. Almost one in five prisoners had a parent or carer incarcerated during their childhood.

We also know that half of all released prisoners will become homeless on their release and that 8 percent of prisoners will share needles while in jail.

Only one-fifth of prisoners complete a formal educational qualification, but more than half go on to reoffend.

This suggests that our prisons are far more often ‘universities of crime’ than they are universities.

Among Indigenous Australians, the incarceration rate has risen from 1 percent in 1990 to 2.3 percent today.

This means the Indigenous incarceration rate is now more than twice as high as when the 1991 Royal Commission into Aboriginal Deaths in Custody report was delivered.

That’s only a snapshot at a particular point in time. If you look at First Nations men of my generation, a quarter will spend time in jail.

Research by the Australian Institute of Health and Welfare also shows that First Nations children are being impacted directly.

Almost one-third of First Nations prisoners had a parent or carer incarcerated during their childhood.

These figures have led Noel Pearson to argue that Indigenous Australians are ‘the most incarcerated people on the planet Earth’.

There are good ethical reasons for reducing the rate of incarceration in Australia. But there are good fiscal reasons too. In my 2020 research, I estimated that  recurrent spending on prisons totals $4.7 billion annually, or $240 for every Australian adult.

Therefore, if the incarceration rate had remained at its 1985 level, Australia would have saved $2.6 billion. Put another way, the rise in incarceration since the mid-1980s costs every Australian adult $140 annually.

In Canada and the United Kingdom, incarceration rates are significantly lower than in Australia – meaning that those countries spend much less per capita on locking up their fellow citizens.

That’s why many states have been closing prisons, working with organisations such as the Pew Charitable Trusts to identify effective strategies to cut crime and free up government budgets for other purposes. High quality evaluation, including randomised trials, is helping to build a better feedback loop about what works – and what does not – in keeping citizens safe.

The Australian Institute of Criminology plays a critical role in Australia. You build the evidence base and offer a forum for important conversations such as these.

Our government is strongly committed to evidence-based policy, and to building the quality of data that will allow us to address these important social questions.

I wish you all the best for a successful conference. 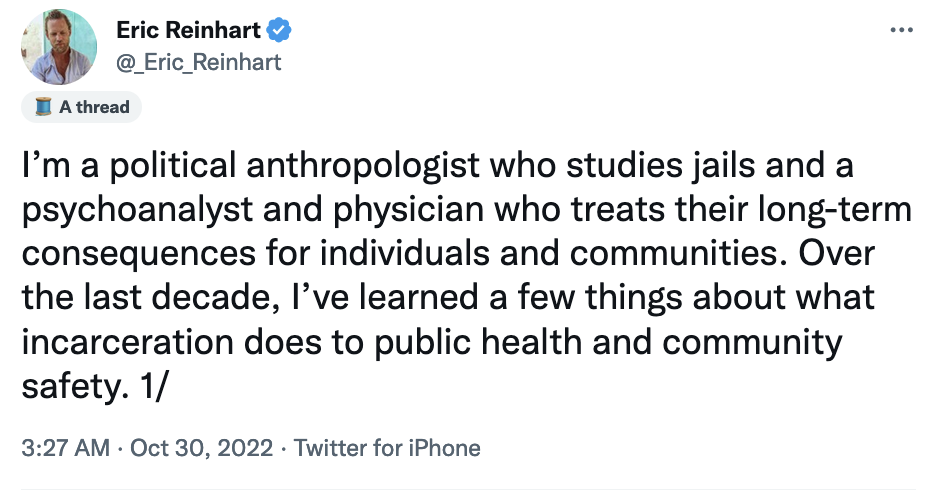