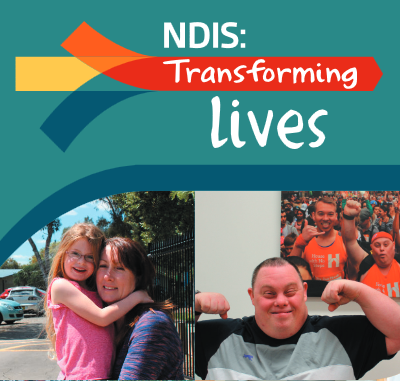 CripCroakey NDIS Part 2: What’s gone wrong on the road from rights to reality?

In this second of a two part article on the NDIS, El Gibbs explores how the NDIS was meant to put an end to the “lottery” approach to support for people with disability, and challenges government and its administrators to live up to the promises of the legislation that governs it.

Don’t miss the first part on recent developments in the NDIS that are creating major concern.

It is published as part of Gibbs’ crowdfunded #CripCroakey series.

The NDIS was the end of a long process that clearly showed that the disability support system was fundamentally broken. People with disability confronted a lottery that determined the type, cost and adequacy of the support they could get that depended on where they lived, what kind of disability they had, and the level of advocacy they could access. The system was profoundly unfair, and left many disabled people without the essential supports they needed.

Throughout 2008 and 2009, the National People with Disability and Carers Council asked people about their experiences of life with a disability and published the results in the Shut Out report as part of the development of the National Disability Strategy. Through this process, a devastating picture of the existing disability support system was revealed:

“The disability service system was characterised as broken and broke, chronically under-funded and under-resourced, crisis driven, struggling against a vast tide of unmet need.”

“Many people described their lives as a constant struggle—for support, for resources, for basic necessities, for recognition. Over and over participants made the comment that it should not require such extraordinary effort to live an ordinary life.“

There was also hope that the actual service delivery model would change. The old support system was based on governments funding services directly, in block amounts of funding, to provide different kinds of support. This support was rarely designed by disabled people themselves, nor was there ever enough to meet the need for services which were rationed, and only available to those who needed it most, and had the advocacy to fight for it.

There was no room in this system for a person to find the supports that suited them. No room to argue for the specific tailored supports that would fit with what they wanted but also actually go towards progressing the different dreams the individual had about being a part of the world.

Asked to imagine and enabled to realise the lives we want

The NDIS was imagined as a way to fix all this – to provide a national, universal system for supports that put the person with the disability, and their individual needs at the centre of both its design and delivery. To make sure that Australians with a disability would not face this kind of inequity in support and be able to be part of the community. Where getting support to go some way towards addressing the barriers people with disability face in accessing the world was normal and without effort. Where the rights of people with disability were seen to be as important as every other Australian.

Services would no longer be rationed or limited. They would not be a ‘one size fits all’ model that suited no one. They would be available everywhere, meaning that people with disability would get the same level of service wherever they lived.

In this 2013 RampUp post, lawyer and Disability Council of NSW member Y’ael Finch summed up the many hopes that people with disability had about the NDIS and its potential to revolutionise their lives.

“People with disability are being freed from fitting into stereotyped service models; instead of being asked what specialised services they desperately need, they are being asked to imagine, and enabled to realise, the lives they want. For too many, this will create an independence they have never known.”

These very rights were baked into the formulation of the NDIS; they are part of the enabling legislation and were intended to guide the development of every part of the Scheme. Reading back over the principles set out in the legislation is sobering.

“People with disability have the same right as other members of Australian society to realise their potential for physical, social, emotional and intellectual development.”

The legislation goes on to say:

“Reasonable and necessary supports for people with disability should:

(a) support people with disability to pursue their goals and maximise their independence; and

(b) support people with disability to live independently and to be included in the community as fully participating citizens; and

(c) develop and support the capacity of people with disability to undertake activities that enable them to participate in the mainstream community and in employment.”

What went wrong with the NDIS?

What happened to these ideas about centring the rights of disabled people at the heart of the NDIS?

Is there a danger in the NDIS becoming no more than a duplication of the old system, with political and economic pressures once more coming down on people with disability, to say ‘no, you don’t get to be part of the community at all’? People are being presented with rushed plans that are not individual or tailored to the person’s needs. Plans are based on what supports people had been able to get in the past, and are also not reaching out to other non-disability services.

The recent problems with the IT system the NDIS uses are symptomatic of the growing gap between the initial rhetoric about choice and control and the reality of a Scheme that is expanding in a way that is far removed from the lofty goals of the legislation.

Advocacy for Inclusion CEO Christina Ryan has outlined clearly the mounting challenges for those who wish to self-manage their NDIS funds and her concerns about what this means for the future of the NDIS. She said:

“Three years in, some systemic failings are becoming clear. Most notable of these is that the central tenet of control and choice is seriously under threat. Some would argue that it is being deliberately undermined by vested interests and by government interference. Others would cynically suggest that the Scheme was always designed to act as it now is, and that control and choice was simply rhetoric used to silence the disability movement.”

She compares the Government’s response to the portal complexity and IT issues to those raised by small business to concerns around the GST.

“Within a short timeframe government got the message and completely redesigned how payments were made and today there is a quarterly reconciliation process used to submit GST payments to the Tax Office. Small business are trusted to be doing this correctly and are subject to auditing in the same way as all other taxpayers. Accounting software is now built to manage this. No such respect for people with disabilities.

“When we raise concerns about the complexity of the NDIS payment and self-management system their answer has been to remove self-management pillars, like advance release of funds, and force people into relying on go-betweens and standard services. Control and choice has taken a body blow.”

Again, this says that there is a fundamental disconnect between the initial NDIS legislation that was intended to build on the rights of people with disability and this attitude that disabled people are bludgers and a drain on the budget. This broken link between rights and the supports need to make them possible, does not bode well for the development of a new system of disability supports that actually delivers on all that was promised and fought for.

Keeping the focus on the rights of disabled people to be able to live a full life is essential to the success of the NDIS. Otherwise the new system may end up looking a whole lot like the old system.

PrevPreviousWhat’s on the menu at the national obesity summit this week?
NextAustralian drug policy is adrift: we need it back on courseNext