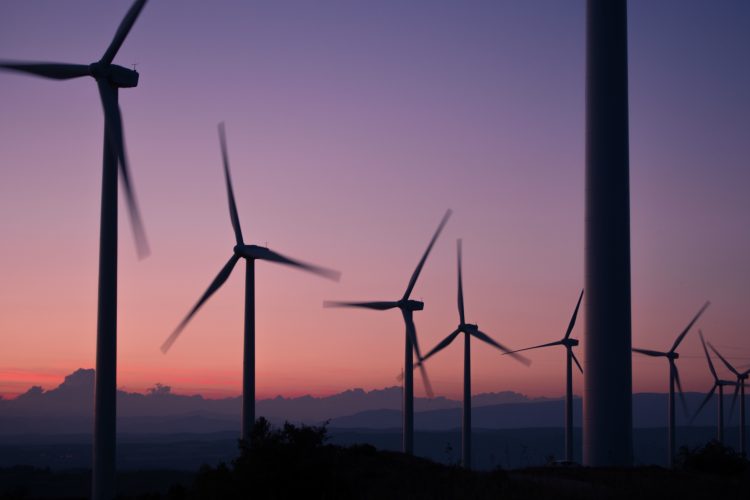 "In the next five years renewable energy could create 124,000 jobs in construction." Image by FREE PHOTOS on Pixabay.

Introduction by Croakey: When the Prime Minister announced that National Cabinet, employed to steer Australia’s response to COVID-19, was here to stay, he was clear that the body’s “singular agenda” was to create jobs.

Dr David Shearman, Emeritus Professor of Medicine at the University of Adelaide, writes that by focusing on three core issues – climate change, environmental sustainability, and Indigenous health and wellbeing – the National Cabinet process can not only drive jobs growth, but also lead to a healthier and more caring society.

But initial signals of the Federal Government’s post-COVID-19 focus are not promising, with the Prime Minister announcing a $270 billion commitment to boost defence capabilities over the next decade. In a Canberra briefing today, The Guardian reported that Morrison said Australia needed to “prepare for a post-Covid world that is poorer, more dangerous and more disorderly”.

Responding to the announcement, Independent MP Andrew Wilkie said while Australia did need a well-resourced Defence Force, the spending was “excessive”.

“Australia’s genuine and pressing investment needs are not being addressed, like dealing with climate change, repairing our run-down health and education systems, and ensuring everyone has a roof over their head. That’s where the cash needs to be really splashed,” he said.

Prime Minister Mr Scott Morrison has created a National Cabinet to drive a “singular agenda” to create jobs. If it functions successfully as it has done throughout the COVID-19 pandemic, it will be a masterstroke of governance allowing state leaders from both major parties to interact for the common good without the damaging rancour shown in Parliament and the media.

However, Morrison’s Cabinet creation may open the flood gates to a surge of premier’s ideas which might counter his set view of society and its economic functioning “on the other side” of the COVID-19 crisis.

Indeed, it would be surprising if all the leaders of the states and territories shared his views. Surely they will seek to influence the agenda and if rebuffed, his masterstroke may crumble – not a good outcome for him.

The replacement of the Council of Australian Governments (COAG) by the National Cabinet as a long-term measure has been questioned, but COAG has been an abysmal failure over many years on crucial issues such as Aboriginal deaths in custody and air quality.

The National Cabinet’s success with COVID-19 relates to the willingness to take expert medical advice. The question is whether this will continue on other issues. It should, because many are essential to good health.

To oversee the recovery, the National Cabinet will establish six National Cabinet Reform Committees on Rural and Regional Australia, Skills, Energy, Infrastructure and Transport, Population and Migration and Health.

As expected, the most crucial issues are missing – the crises that are eating away the fabric of our society and economy, climate change, environmental sustainability and now Australia’s miserable failure to act on the recommendations of the 1991 Royal Commission and the unacceptable disadvantage of Aboriginal peoples.

Current and longstanding failures on these fundamental issues diminish us as a nation.

However, the National Cabinet’s priority of job creation much can be achieved within these three issues.

The governments of Tasmania, South Australia and ACT have progressive policies on the development of renewable energy and its role in job creation, a healthy environment and mitigating climate change.

The plan from Beyond Zero Emissions indicates in the next five years renewable energy could create 124,000 jobs in construction and 22,000 on-going jobs. The recent Clean Energy Report from the Clean Energy Council and the Ernst and Young report consolidate these findings.

Consequently, some states may well demand action on renewable energy, on policies which have impeded these jobs and on grid reform to improve efficiency.

By contrast, the government’s fossil fuel agenda will be supported by two Labor states and the Northern Territory, all intent on maintaining Australia as the world’s biggest exporter of gas and coal, and by a Federal Labor spokesperson who extols the virtues of coal.

Consequently, the National Cabinet may encounter many dangers. One can imagine the energy leadership allocated to a Queensland Energy Minister with ‘expert’ advice from the Chair of the National COVID-19 Coordination  Commission.

Most nations, including Australia, have given scant indication of action necessary to save humanity from a two degree rise in temperature. Indeed, a likely rise of three degrees or more this century is predicted in the study ‘The Third Degree’.

Each year of inaction makes it more and more difficult to avoid the dire consequences.

Currently,  Australia has no national adaptation policy, it remains largely the province of the states; some are active, others do little.

Building on the findings soon to come from the Bushfire Royal Commission, the National Cabinet and its reform committees should detail their actions and needs for coordination and national disaster intervention. They must address national water policy, new environmental laws based on scientific advice, planning for resilient housing and infrastructure, all encompassed into a strategy of rejuvenation of manufacturing and regional resurgence. This will provide the basis for national adaptation policy.

Under likely climate change scenarios, a rising proportion of jobs will be required to alleviate and repair damage from increasing storms, flood, sea level rise, bushfires and drought. We need to start now.

Essentially an adaptation policy will attempt to maintain a sustainable environment and infrastructure to create a viable future and each of the six subcommittees would have a role.

Sustainability is currently the focus in the review of the Environment Protection and Biodiversity Conservation (EPBC) Act. The Government has not yet recognised that the sustainability of Australia is at stake when it cries “cut green tape” and considers devolving more regulation to states with little competence to manage it. In fact, the forthcoming Samuel Report will determine the future of a threatened environment and the health considerations closely linked to it.

The EPBC Act should become The Environmental Sustainability and Human Health Act.

‘Silence is violence. Complacency is complicity.’

All of us are complicit in failures to address the social disadvantage of the Aboriginal people.

The National Cabinet is the appropriate forum to continue discussing the forthcoming revised national Closing the Gap agreement established in 2008 to improve Indigenous health, education and employment.

Within the job creation intent, the failures of the targets will be helped greatly by initiatives on social housing for a home is fundamental to their delivery. Indeed, there is a crying need for thousands of homeless, regardless of race, and social housing based on UN sustainable development goals offers more opportunity for jobs than the middle-class welfare of the house improvement initiative.

Many writers have linked these crises with values in Western society. An article in Sierra (the national magazine of the Sierra Club)  confronts us with the title ‘Racism is killing the Planet’:

We’re in this global environmental mess because we have declared parts of our planet to be disposable … The neighborhoods near where I live in Los Angeles, surrounded by urban oilfields, are considered disposable. The very atmosphere is considered disposable. When we pollute … that’s a way of saying that the place — and the people and all the other life that calls that place home — are of no value.”

In Australia, the value judgement commenced 250 years ago when Cook set foot in an environment that had been sustainable for 46,000 years of Aboriginal habitation.

The crises are also linked to abject failures of democratic governance. In the US, Brazil and some other countries we see democratically elected leaders complicit in destroying both environment and sections of the community.

Democracy cannot solve today’s complex problem unless we are able to reform it to embrace both expert opinion and care for all humanity.

Dr David Shearman AM is Emeritus Professor of Medicine at Adelaide University.

This article was first published on John Menadue — Pearls and Irritations and is published here with permission.

PrevPrevious“Nothing about us, without us”: performative allyship and telling silences
NextTobacco use declining among Aboriginal and Torres Strait Islander peopleNext